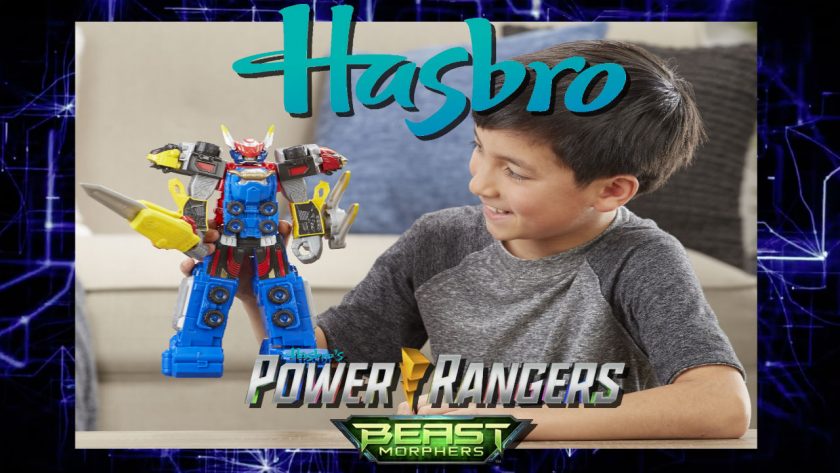 Today Hasbro gave us our first look at the POWER RANGERS BEAST MORPHERS Playskool toys! Expect to see these and more at Toy Fair 2019 February 16-19, 2019 at the Javits Center in New York. 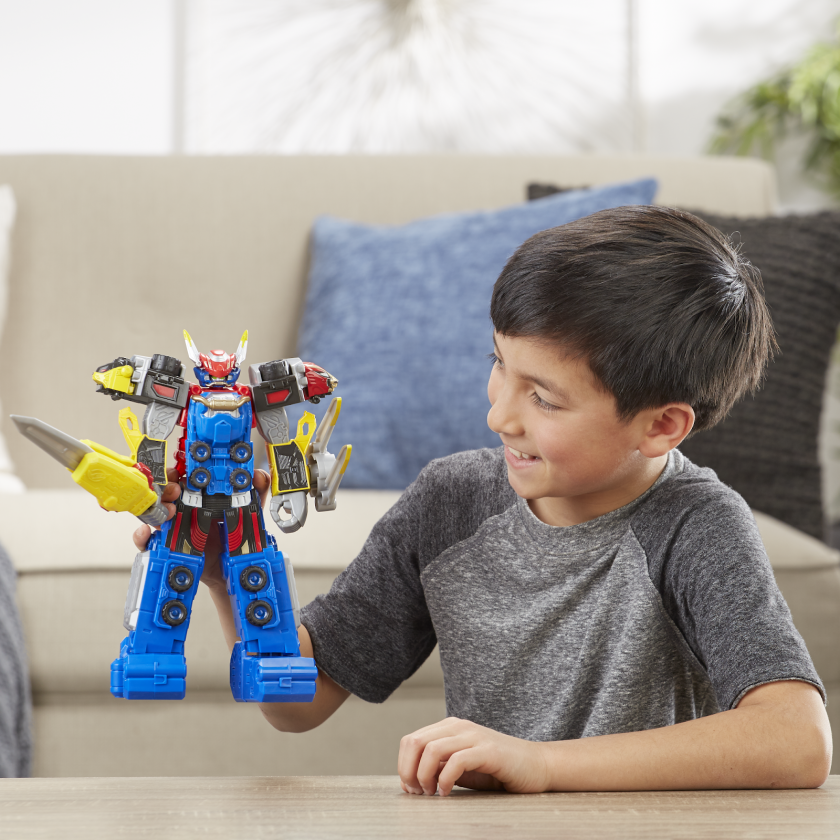 IT’S MORPHIN TIME! From the BEAST MORPHERS back to the original MIGHTY MORPHIN POWER RANGERS, the POWER RANGERS have brought teamwork, action, and adventure to fans. The legacy continues with figures, vehicles, collectibles, and roleplay toys from Hasbro, celebrating Ranger teams from MIGHTY MORPHIN to the BEAST MORPHERS. Imagine all the action of POWER RANGERS with toys from Hasbro! When the villain is too powerful for the Power Rangers alone, they summon their Zords and join together to form the BEAST-X ULTRAZORD, the ultimate in Morphin power! Imagine teaming up and battling the Power Rangers‘ toughest enemies with the BEAST-X ULTRAZORD. This action figure can detect certain positions and features more than 30 sounds and phrases, like “Beast-X Ultrazord attack!“, “Wow! We’re going fast now!“, and “Woah! Everything’s upside down!” The figure also includes an accessory for extra fun. Find other POWER RANGERS figures and gear, including POWER RANGERS BEAST MORPHERS toys, to expand the morphinominal action. Each sold separately. Available at most major toy retailers nationwide. 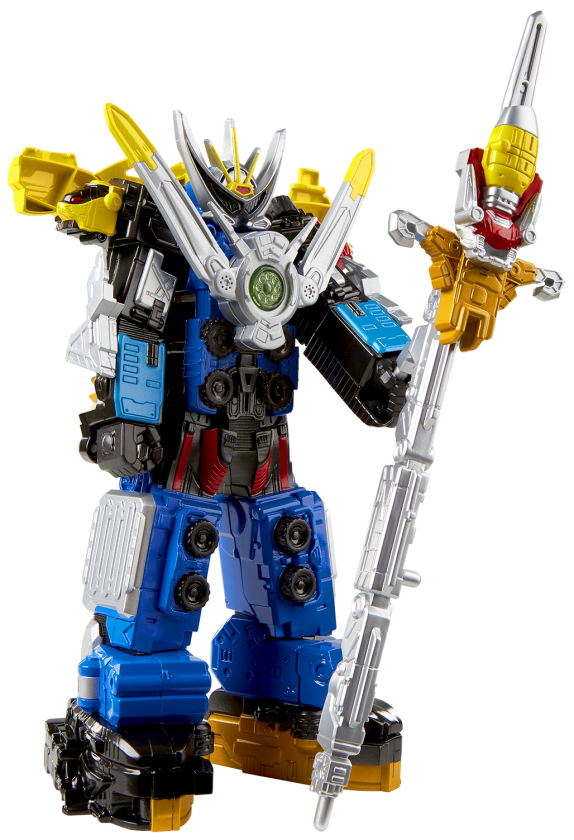 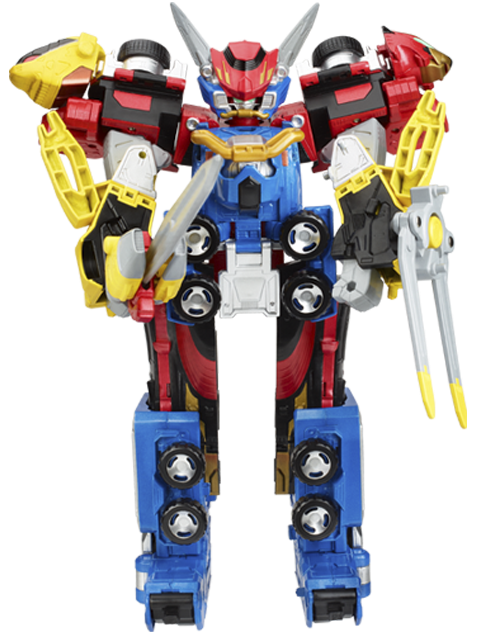 No price or information was given for this as the image was sent out ahead by accident. 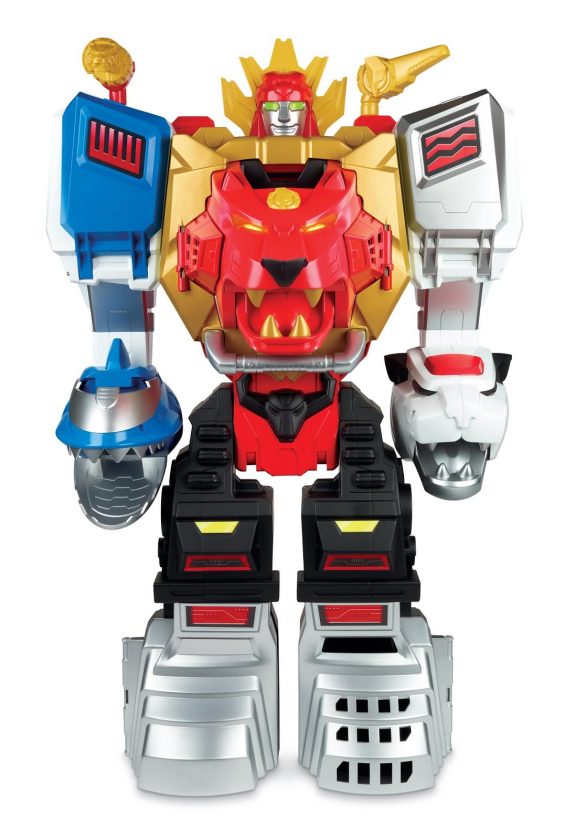 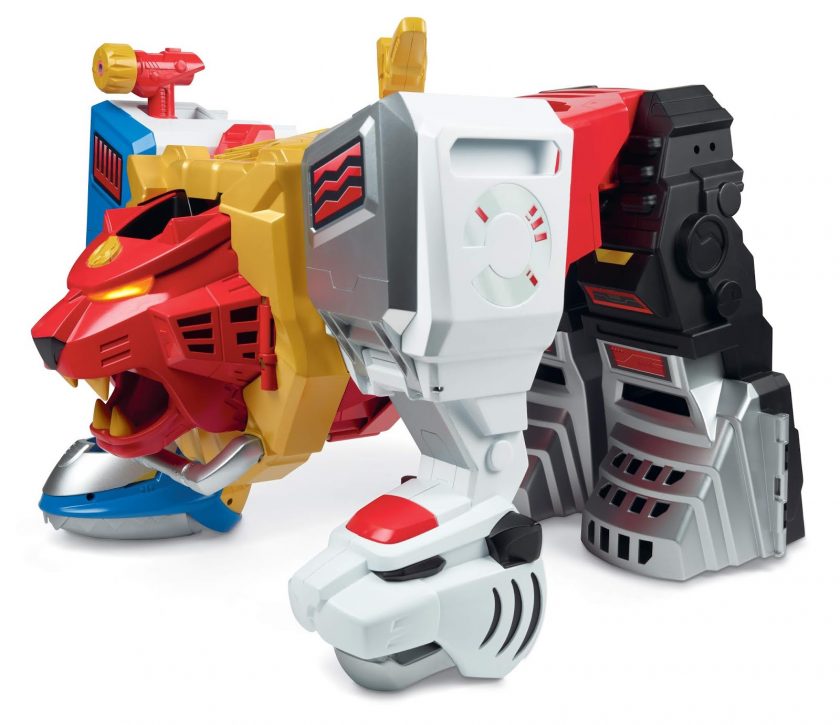 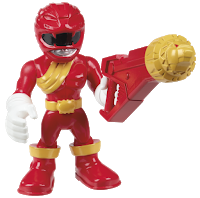 GO GO POWER RANGERS! Imagine smashing into battle alongside the Red Ranger and Power Morphin Megazord with the POWER RANGERS PLAYSKOOL HEROES POWER MORPHIN MEGAZORD Playset, inspired by the WILD FORCE POWER RANGERS TV series! The MEGAZORD playset features 2-in-1 morphing action, which gives kids ages 3 and up 2 ways to play—as a mighty Zord or morphed into a fearsome beast with 1 easy step! Sized right for younger Rangers, this 2-foot tall playset lets boys and girls get a grip on huge fun! Kids will love twisting the handle on the Megazord’s shoulder to open the chest and reveal a pop-out lion’s head featuring electronic lights and sounds, as well as chomping action. Fire a projectile from the right shoulder with the push-button activated projectile launcher, or open either shoulder to reveal a platform offering the Red Ranger figure a bird’s eye view of the battle, including a pretend targeting system! Need to keep an eye on the bad guys? Open the Megazord’s right foot to uncover a jail cell. Need some extra help in the battle? Race the Blue Ranger and Raptor Cycle into action down the ramp hidden in the Megazord’s left foot. Kids can imagine big battles and epic encounters as they uncover all of the surprises this playset has in store! Each sold separately. Available at most major toy retailers nationwide.

Currently, Power Rangers is entering its 26th continuous year on the air, making it one of the longest-running kids’ live-action series in television history with nearly 900 episodes aired to date. Created by Haim Saban and launched in 1993 with Mighty Morphin Power Rangers, the franchise continues with the 26th season under Hasbro, Power Rangers Beast Morphers is set to air on Nickelodeon in the U.S.