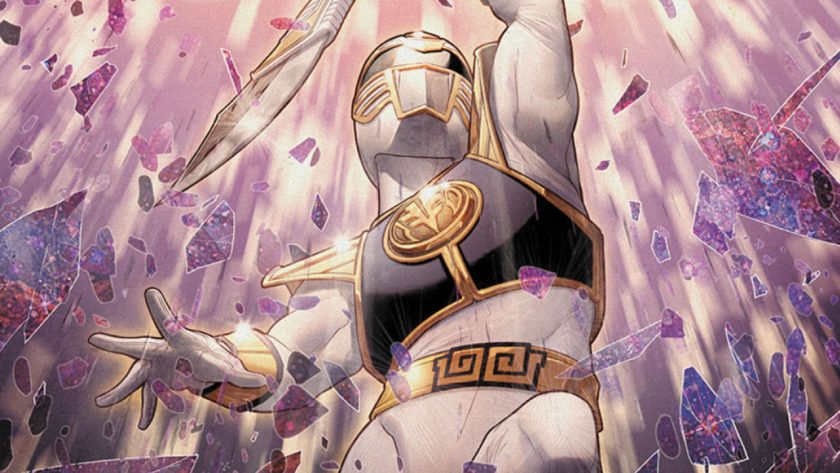 New York Times Bestselling author Ryan Parrott is a writer in multiple mediums. A graduate of Chapman University, Parrott has written on television series NBC‘s Revolution and Hulu‘s Chance. In comics, Ryan was a co-writer on DC‘s Batman: Gates of Gotham, several of IDW‘s Star Trek titles, including Starfleet Academy, Boldly Go and Manifest Destiny, as well as the NBC series finale Revolution: Endgame. Parrott was one of the key architects of the landmark Power Rangers: Shattered Grid comic book event and currently writes Saban’s Go Go Power Rangers at BOOM! Studios, along with creator-owned projects Volition and Oberon for Aftershock Comics, and lives in Los Angeles with his wife.

“I’m writing Mighty Morphin Power Rangers. The reality of that statement hasn’t quite sunk in yet but I’m sure when it does, I’ll feel a mixture of exhilaration, disbelief and sheer panic. Working on the franchise for the last two years has been one of the most creatively rewarding experiences of my life, not only because of the incredibly talented people I get to collaborate with behind the scenes but also because of all the amazing fans I’ve encountered along the way. I’m not going to lie. Kyle Higgins set the bar unapologetically high with his work on the series so far, not to mention the biggest Power Ranger comic book event ever in Shattered Grid, but I’m looking forward to digging deep into these characters we all love and building off the stage that’s been set. May the power protect me.” 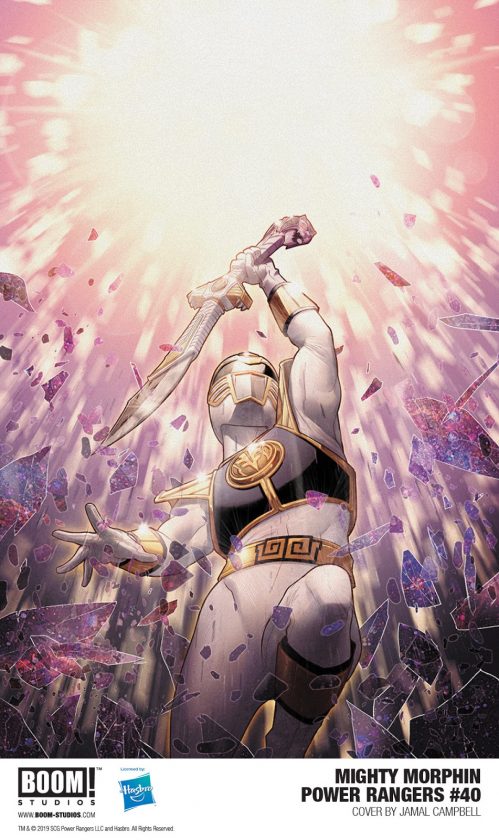 Born and raised in Milano, Daniele Di Nicuolo made his American comics debut with Mirror’s Edge at Dark Horse. He has since worked with numerous publishers like IDW Publishing on The Infinite Loop Vol. 2, distinguishing himself at BOOM! Studios on top-selling series including Mighty Morphin Power Rangers: Pink and as the main artist on Mighty Morphin Power Rangers during the record-breaking Shattered Grid event celebrating the franchise’s 25th anniversary.

“If with Shattered Grid we went big, now we’re going deep, straight to the core of what means to be Power Rangers and, most of all, what consequences come from choices made for a greater good. I couldn’t be happier to reunite with BOOM! Studios and the Rangers again. I’m super excited to explore the fallout of the adventures that we started with Kyle and honored to face this new journey with a great writer like Ryan, my pal Walter Baiamonte and so much of the crew from Shattered Grid. It’s Morphin time again!”

“The first appearance of the White Ranger is only one of the big revelations in Absolute Power, as we learn just what happened after the Mighty Morphin team disappeared after the events of Shattered Grid. Ryan and Daniele, along with our partners at Hasbro, have crafted a Power Rangers epic with surprises around every turn and an ending that changes everything!”

Copies of Mighty Morphin Power Rangers #40 will be available for sale on June 26, 2019, at local comic book shops or at the BOOM! Studios webstore. Digital copies can be purchased from content providers like comiXology, iBooks, Google Play, and the BOOM! Studios app.

For continuing news on the MIGHTY MORPHIN POWER RANGERS series and more from BOOM! Studios, stay tuned to Comic Frontline.