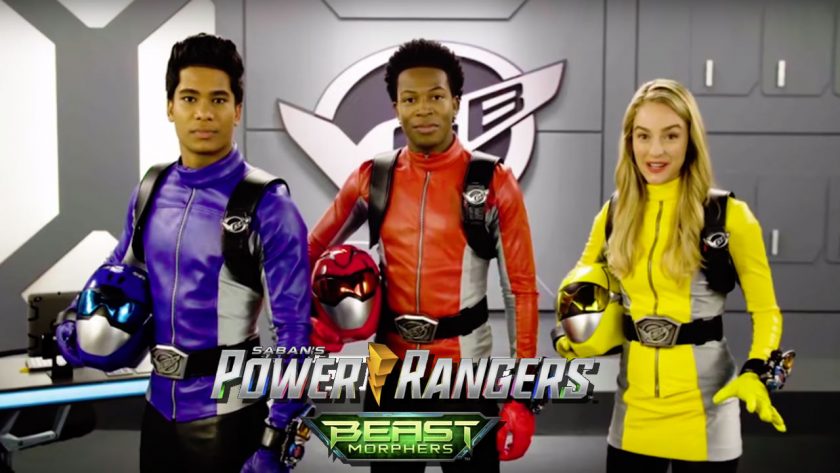 Hasbro, Inc. (NASDAQ: HAS), a global play and entertainment company, and Nickelodeon announced last week that the iconic, long-standing Power Rangers franchise is returning with an all-new television series, POWER RANGERS BEAST MORPHERS, premiering on Saturday, March 2, at 8 A.M. (ET/PT) on Nickelodeon in the U.S. In this brand new season of Power Rangers, the Rangers are sporting tactical leather suits with their ‘Beast Bot’ sidekicks and elevated battle footage with an all-new cast of dynamic heroes, evil villains, and imagination-defying monsters. Now we finally have the Official Opening Credits and Theme Song for the new series!

“We are extremely thrilled to have Power Rangers under the Hasbro family and to celebrate over two decades of this iconic brand. We’re eager to bring exciting new products to fans this year and introduce all-new Power Rangers entertainment and content from Hasbro with the POWER RANGERS BEAST MORPHERS series on Nickelodeon. From the captivating storyline to the action-packed scenes, this new series is sure to entertain Power Rangers fans and new audiences of all ages.”

Along with the series opening theme, trailer, premiere date, and time slot, we also got the title and a short synopsis of the premiere episode.