Looking for a comic book that promotes diversity? How about an ongoing series featuring the first female Haitian-American superhero created by an all-female production team?! Short Fuse Media Group’s latest ongoing superhero series, Spirit’s Destiny, is here, and I’m talking with the writer and artist!

Spirit’s Destiny is a coming of age story about a young woman by the name of Destiny. She dies and after being resurrected, comes back with some amazing powers that she needs to learn how to control. Will she use her abilities for personal gain or fight against police corruption and crime? Find out in the ongoing series!

The ongoing Spirit’s Destiny series is created and written by Dorphise Jean, who has worked on the series for years. After one previously successful Kickstarter for Spirit’s Destiny, the book is being revamped with the help of the Short Fuse Media Group and an all-black female creative team, which includes Julie Anderson as the artist and Lashawn Colvin as the editor to make the series as authentic as possible.

Me: You’ve been working on the idea of Spirit’s Destiny for multiple years. What initially inspired the idea of the comic book?

Jean: One day I was bored and wanted to stop by the comic book store. I was looking for the regular Batman, Superman and Spider-Man comics to read to my son. But I was intrigued looking for a book that had a Haitian female hero lead. The comic book store owner informed they didn’t have any available right now and maybe someone should create one. So that experience alone really motivated me to create it. So I contacted my friend Nat and he introduced me to comic book artist Terry Alexander. Then he created my vision of Spirit. Then the rest is history.

Me: Who is Destiny and what can you tell us about the support system around her as well as some of the villainous forces she’ll be facing in the series?

Jean: Destiny is a young Haitian teenager who is often rebellious, witty, compassionate and benevolent. She is around the biggest support system, which consists of her Grandmother Danielle, Mother Davine, and her friends. She will be facing a plethora of foes but as for the first arc, the demons and her father play the villainous role. 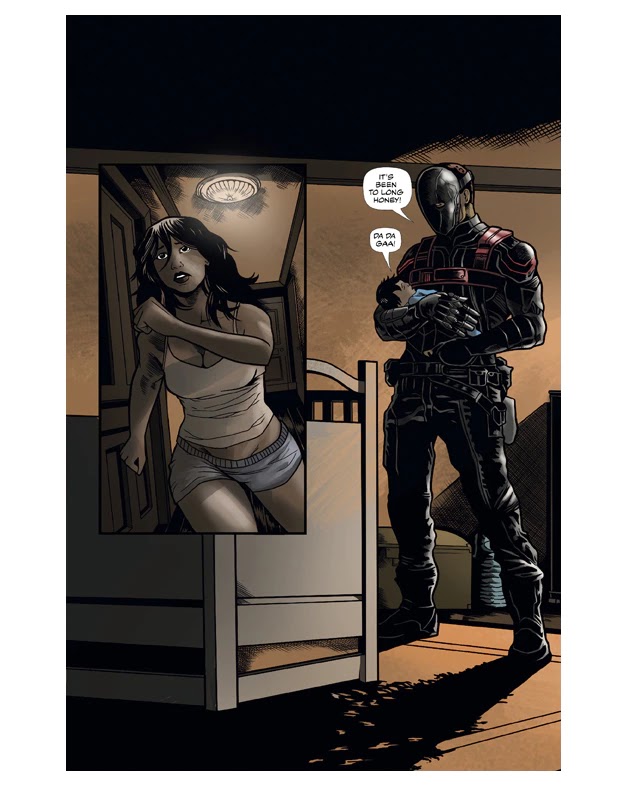 Me: This title has a lot of awesome diversity attached to it—including the first Haitian female protagonist in comics and an all-female creative team. Why do you feel this type of diversity is important in comics?

Jean: I feel like representation matters from every aspect. We want to look up to a hero that looks like us. I grew up as a big fan of Raven, Rogue, Storm, and Wonder Woman. All of these heroes had a significant influence in my life and I wanted someone who represented me as a Haitian American. Diversity is important in comics because we need someone that can make us feel heroic despite how we look or where we are from.

Me: What do you think should be done in the future to encourage more instances of diversity in the comic book industry, both in terms of the creators working on books and the characters in the books themselves?

Jean: Do exactly what Dwayne McDuffie did: create them and put the stories out. I have a lot of new creators and writers who send me messages about writing comics. I always tell them to write an exciting plot followed by a theme. Those two essentials are very important, especially when it comes to writing a vivid comic script. Try to separate your character from existing characters that we have now. Make your character so unique that new readers are willing to invest in your story. People want new and original stories; they are tired of the same background and culture. I was pretty ecstatic creating my character Spirit. A Haitian creative telling the origin story of a Haitian American female superhero from my own perspective of my culture. 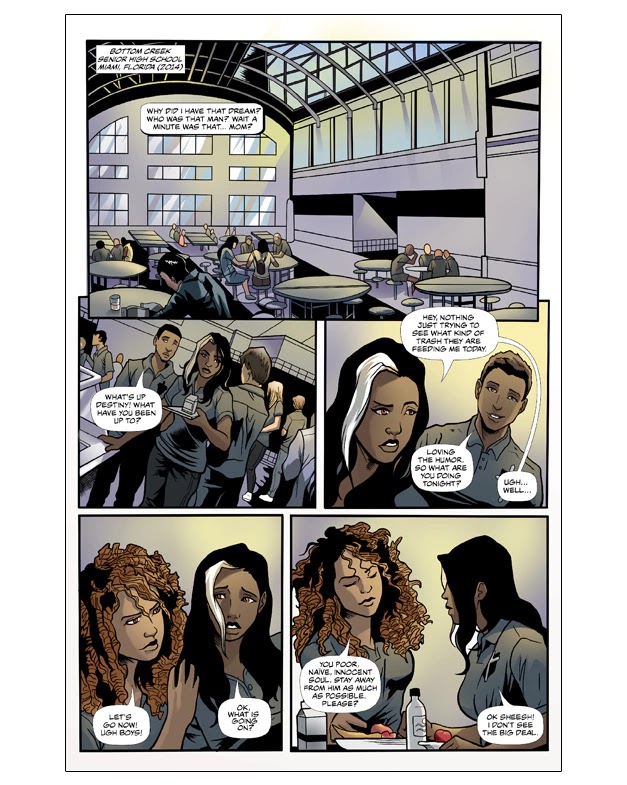 Me: You’re releasing a remastered edition of the first issue. What changes were made to this issue that make it different from the first printing?

Jean: Basically, in Issue 1 there’s a new logo and a couple of grammatical errors that were on the front cover were corrected. When I released it the first time there were no pin-up images in the book, which Short Fuse Media Group added towards the end.

Me: How did you meet Short Fuse Media and why did you decide they were the right publisher for Spirit’s Destiny?

Jean: One day Sean, the CEO, reached out to me about using my character for cross promo developing an action figure. I was pretty excited about because an action figure of my character was pretty awesome. I asked him about signing with his company; he declined and told me I wasn’t ready. But after working with countless artists, I pitched my story again. He gave me advice on what to work on and shortly I was signed with Short Fuse Media Group. I must admit I learned a lot about the positive aspect of having a team and an editor. 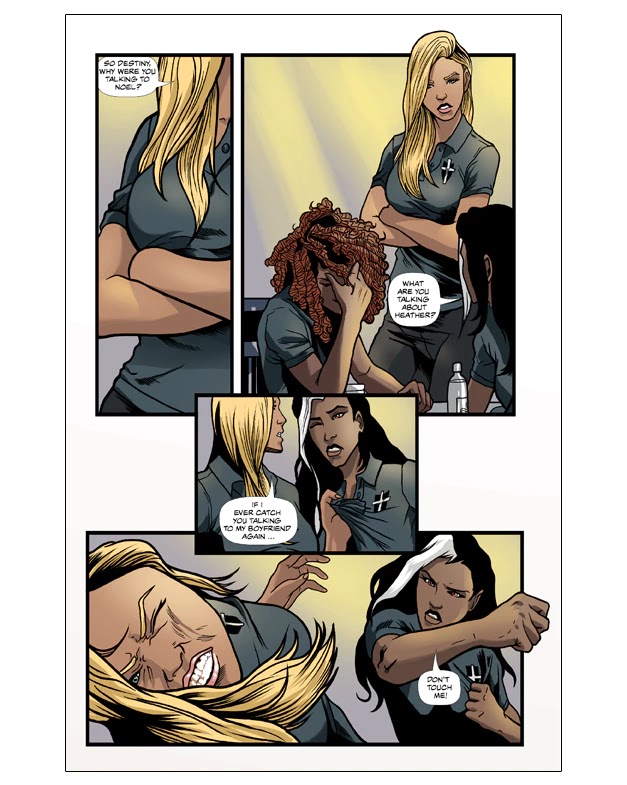 Me: What is the number one reason why backers should pledge money to your Kickstarter project?

Jean: If you’re looking for great art and a book completed by a female production then this is your book. You should pledge to my Kickstarter if you are looking for something new and original to read. This is a great female lead comic with a unique cultural background. It’s a refreshing read about the lifestyle of a Haitian American teenager and also you will be learning a new language brought as I will be translating the Haitian Creole in the comic. You will be reading about the different consequences based on the choices she makes. Also, you will be learning two languages, such as French and Haitian Creole. Most importantly the amazing art throughout the book is really mind blowing by my talented artist Julie Anderson.

Me: What inspirational words would you give to aspiring comic book writers?

Jean: Don’t stop writing and creating. Continue embracing and feeding your creativity. I want you guys to know that the industry needs new faces with a vivid creative mindset. We need you to keep writing and to continue making your own trend. Don’t ever think less of yourself as a creator. And the most important thing: please don’t QUIT.

Me: How did you become part of this project and what have you enjoyed about it the most so far?

Anderson I’ve become a part of this project due to luck. my client turned friend, Jessie Stifford, saw a posting from Dorphise looking for an artist for her project. Jessie recommended her to me, and I was lucky enough for her to see my work a part of her project.

Me: If you had to pick a particular page/panel in Spirit’s Destiny, what was your favorite to work on so far?

Anderson I actually have a lot of pages that I like in the book. For example, I adore page 10, because of the action scene and the colors I used. Page 13, I finally showcase my version of Destiny’s father Brian, and page 22, it’s like the silence before the storm. 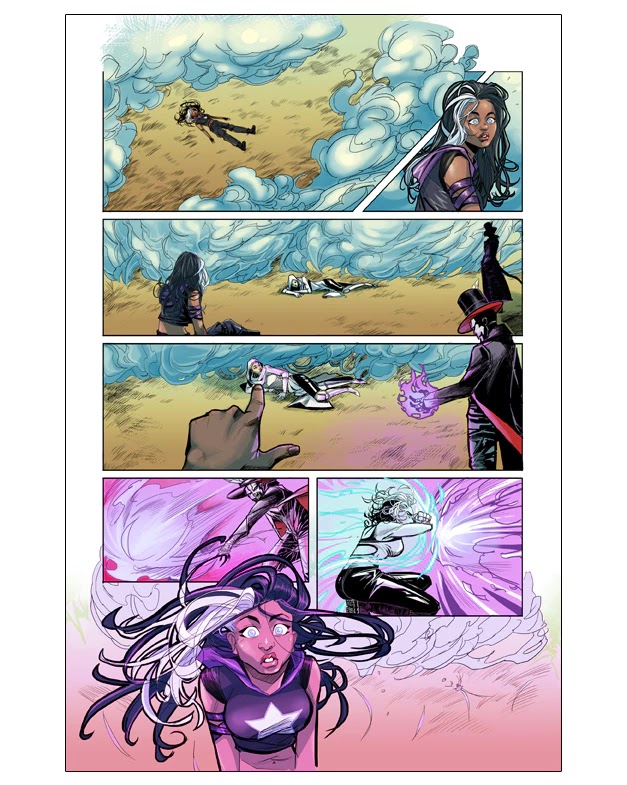 Me: What is the number one reason why backers should pledge money to your Kickstarter project?

Anderson The story, art, writing, and the time put into this project is something worth supporting. It’s one of a kind and the first completed comic book project I had the pleasure to do the art for.

Me: What inspirational words would you give to aspiring comic book artists?

Anderson It’s okay to fail, the only thing that happens is to do better and learn from your mistake. You can only learn through creation, and that experience is what will push you forward.

Me: Thank you both for giving us the very first Haitian superhero! If you’re interested in reading the first landmark issue of Spirit’s Destiny, check out their Kickstarter page here. 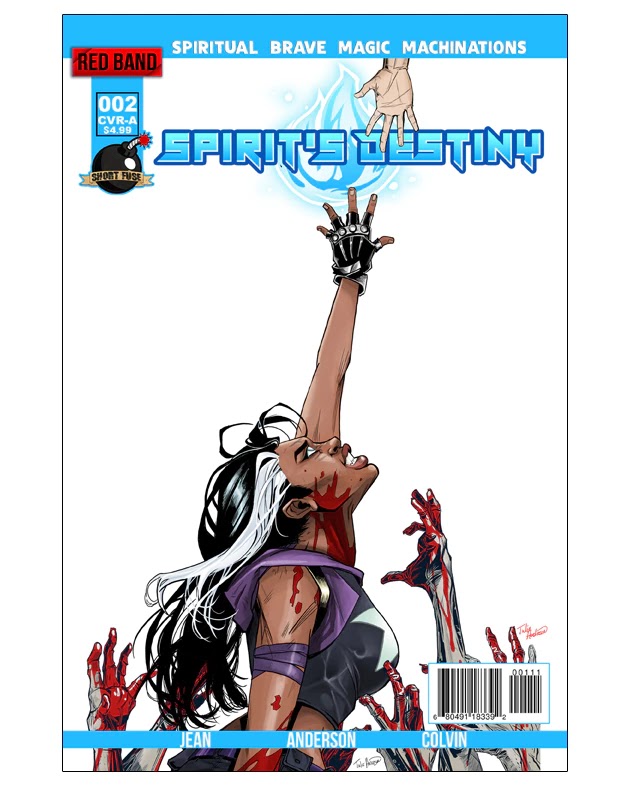