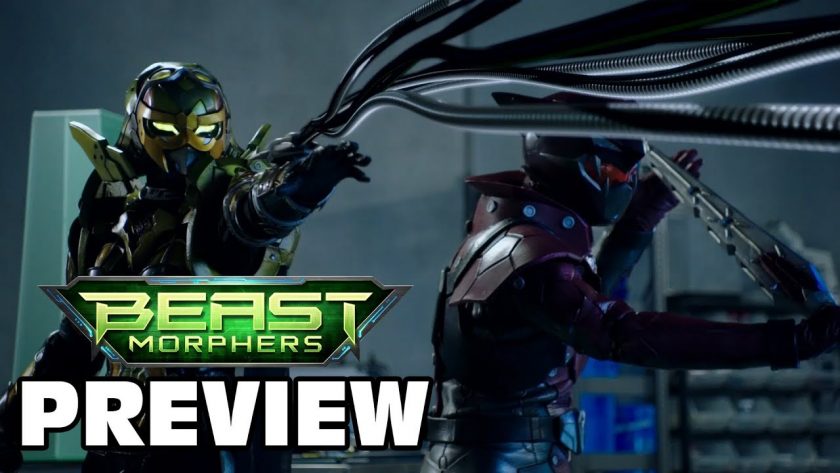 POWER RANGERS BEAST MORPHERS series premiere is right around the corner and Hasbro, Inc. (NASDAQ: HAS), a global play and entertainment company, is in full promotional blowout mode! In the past few weeks, we saw the toyline, the trailer, the opening credits sampling and today we get a one-minute preview of the series premiere “Beasts Unleashed” which will air tomorrow, Saturday, March 2, 2019, at 8:00 AM ET on Nickelodeon. The clip introduces us to our core Ranger team, and our two main henchmen Blaze and Roxy.

It appears that Grid Battleforce agents Blaze, Roxy, and Ravi entered the Morphing Grid when Evox invaded it to try to take it over and perhaps took their conscious to create his henchmen with Devon, Zoey, and Nate being technicians or crew members. We will find out more tomorrow!