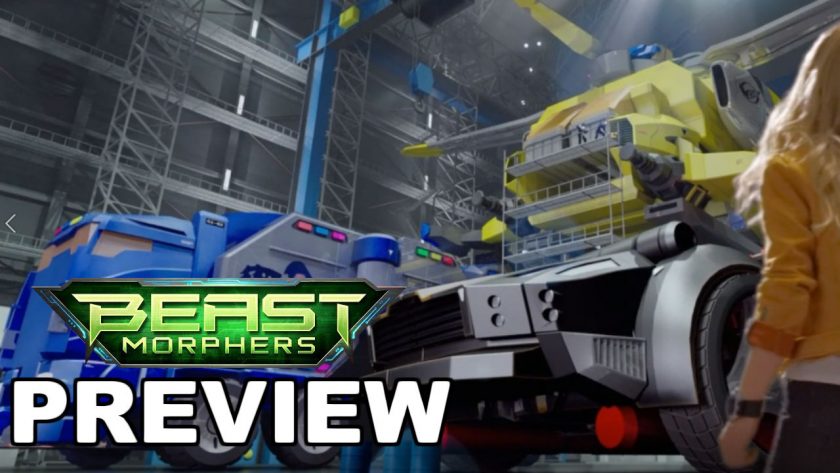 POWER RANGERS BEAST MORPHERS just premiered and Hasbro, Inc. (NASDAQ: HAS), a global play and entertainment company, just posted a preview of episode 2 “Evox’s Revenge” via the Nick App YouTube Channel thanks to the dynamic sibling duo of Betty and Ben Burke (but don’t tell anyone at Grid Battlforce command)! The episode will air on Saturday, March 9, 2019, at 8:00 AM ET on Nickelodeon. The clip shows the Power Rangers check out their Beast-X Zords and meet their Beast Bots.

We get our first look at the Beast-X Zords in the bay along with the Beast Bots and the Cheetah Blaster. This clip would come a few moments before the clip we got yesterday.