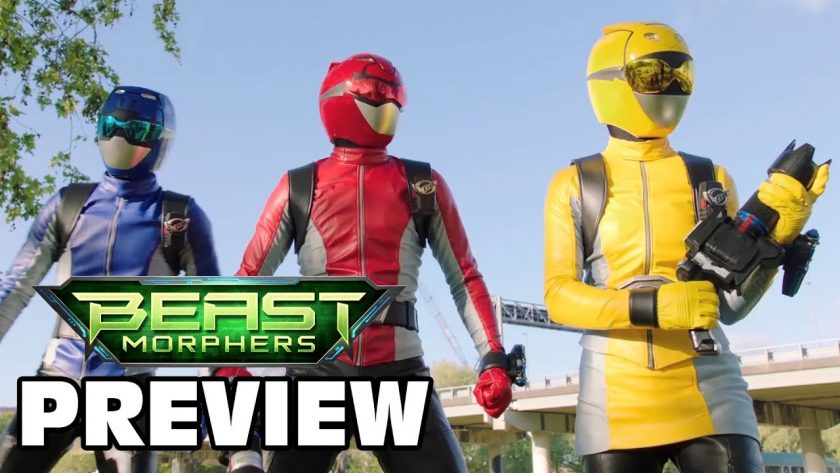 POWER RANGERS BEAST MORPHERS just premiered and Hasbro, Inc. (NASDAQ: HAS), a global play and entertainment company, just posted a preview of Episode 3 “End of the Road” via the Power Rangers Official YouTube Channel The episode will air on Saturday, March 16, 2019, at 8:00 AM ET on Nickelodeon. The clip shows the Power Rangers riding the Morph-X bikes.

Blaze runs out of Morph-X leaving him unable to Morph so he steals a new Morph-X Bike and the Rangers give chase.

Zoey tries to convince the citizens of Coral Harbor to use Morph-X powered bikes instead of cars, but Blaze uses this opportunity to execute an evil plan.

— “End of the Road”
Episode 3 Description