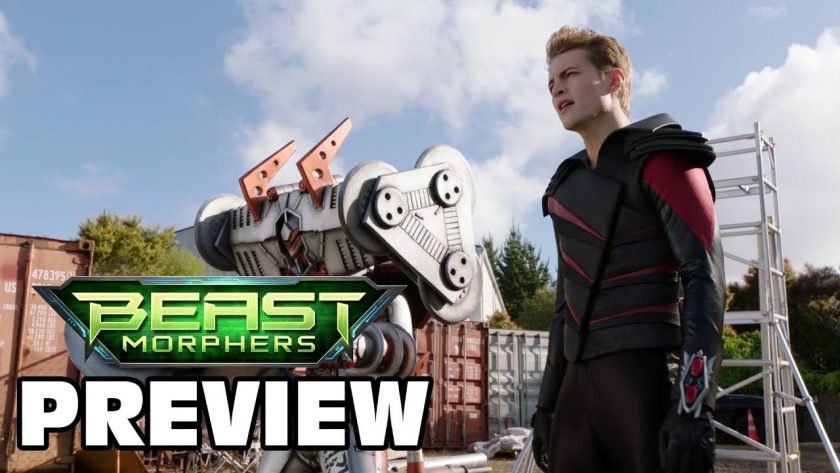 POWER RANGERS BEAST MORPHERS just premiered and Hasbro, Inc. (NASDAQ: HAS), a global play and entertainment company, just posted a preview of Episode 5 “Taking Care of Business” via the Power Rangers Official YouTube Channel The episode will air on Saturday, April 06, 2019, at 8:00 AM ET on Nickelodeon. The clip shows Blaze and a Robotron attacking a plant while Devon is unreachable Ravi and Zoey have to take them on alone.

Devon is at his job when Blaze and a Robotron attack leaving Ravi and Zoey to take them on alone. Is that the Silver Beast Bot‘s head?

Devon finds it difficult to balance a new job he took to impress his dad and the duties of being the Red Power Ranger.