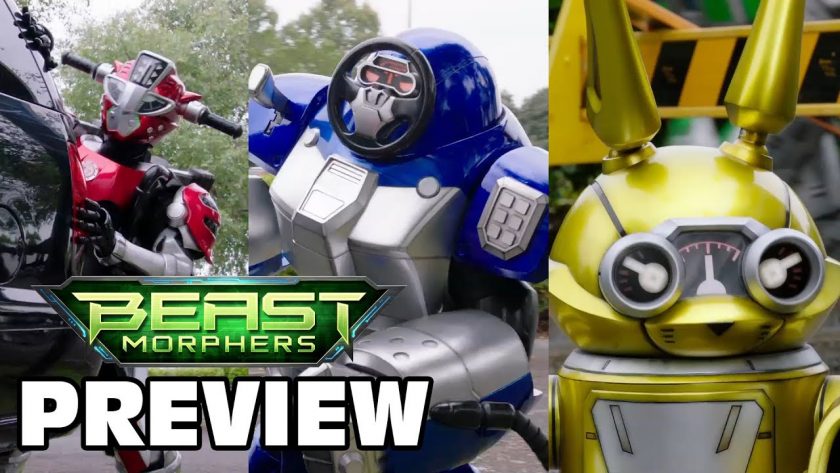 POWER RANGERS BEAST MORPHERS and Hasbro, Inc. (NASDAQ: HAS), a global play and entertainment company, just posted a preview of Episode 7 “A Friend Indeed” via the Power Rangers Official YouTube Channel The episode will air on Saturday, April 20, 2019, at 8:00 AM ET on Nickelodeon. The clip shows the Rangers working on the simulator to try and form the Beast-X Megazord.

Devon, Ravi, and Zoey take on some Tronics while Railtron drains their Beast Bots of their Memory Data.

Evox targets the Beast Bots to stop the Rangers from forming their Megazord.