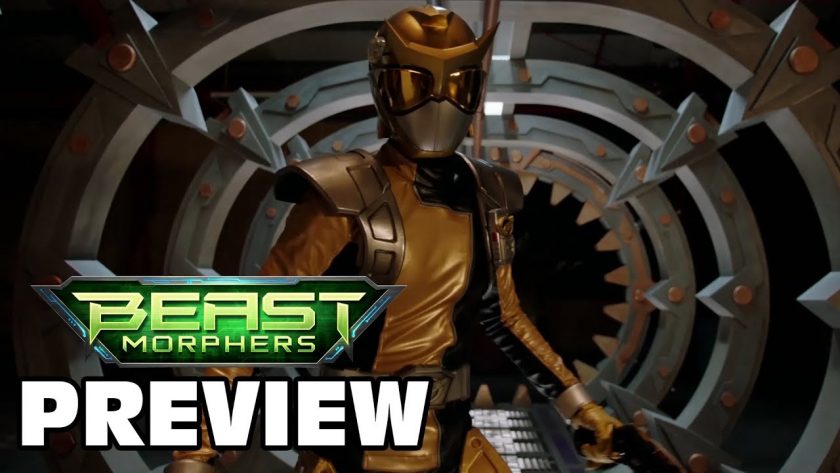 POWER RANGERS BEAST MORPHERS and Hasbro, Inc. (NASDAQ: HAS), a global play and entertainment company, just posted a preview of Episode 8 “The Cybergate Opens” via the Power Rangers Official YouTube Channel The episode will air on Saturday, April 27, 2019, at 8:00 AM ET on Nickelodeon. The clip shows the Power Rangers Beast Morphers Gold Ranger Official First Look.

Devon, Ravi, and Zoey take on some Tronics while Nate joins the Power Rangers as the new Gold Ranger!

Scrozzle executes his plan to finally free Evox from the Cyber Dimension and the Rangers, along with an unexpected friend, must do everything in their power to stop him.