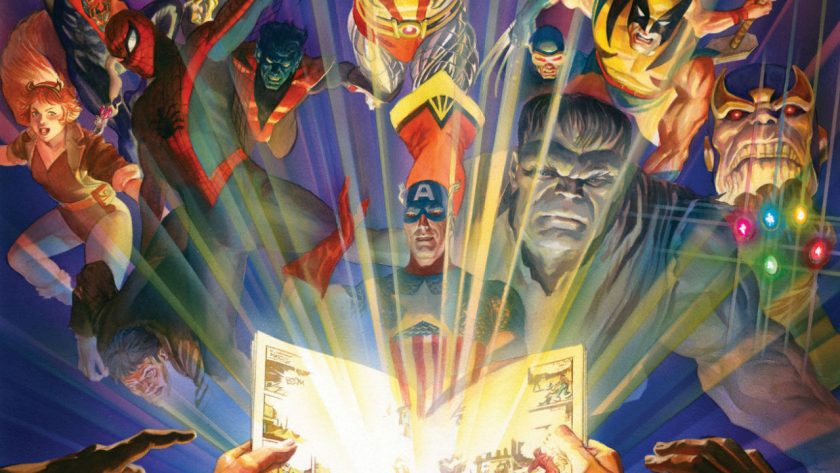 CELEBRATE 80 YEARS OF MARVEL WITH MARVEL COMICS #1000
The greatest talent ever assembled for one story coming this August!

As Marvel honors its 80th Anniversary this year, Marvel announced a new epic comic book issue to celebrate the legacy of the Marvel Universe: MARVEL COMICS #1000! Featuring 80 creative teams with luminaries from both classic and current comic books (and beyond!), this oversized one-shot will be packed with pages spanning across generations of Marvel’s iconic Super Heroes – with cover art from legendary artist Alex Ross! 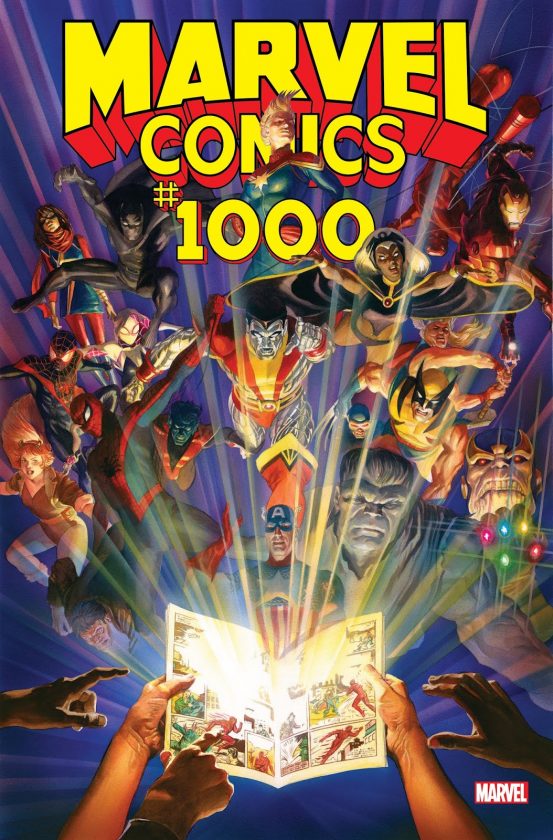 As the Marvel Universe reaches new heights around the globe, MARVEL COMICS #1000 serves as a testament to the world of characters and stories that have captured the hearts of millions of fans – whether they’ve followed Marvel for years or are just getting started. Anyone will be able to pick up this book and dive right into the Marvel Comics Universe!

Al Ewing, writer of the critically-acclaimed Immortal Hulk series, will be the primary writer of MARVEL COMICS #1000, framing the overall structure of the book.

“There are so many threads in this mystery, so many different parts of Marvel you’ll find secret connections. There are a lot of synchronicities and echoes in this, and threads between all of that.”

“This is by far the most complex and complicated and difficult book I’ve ever had to assemble.” 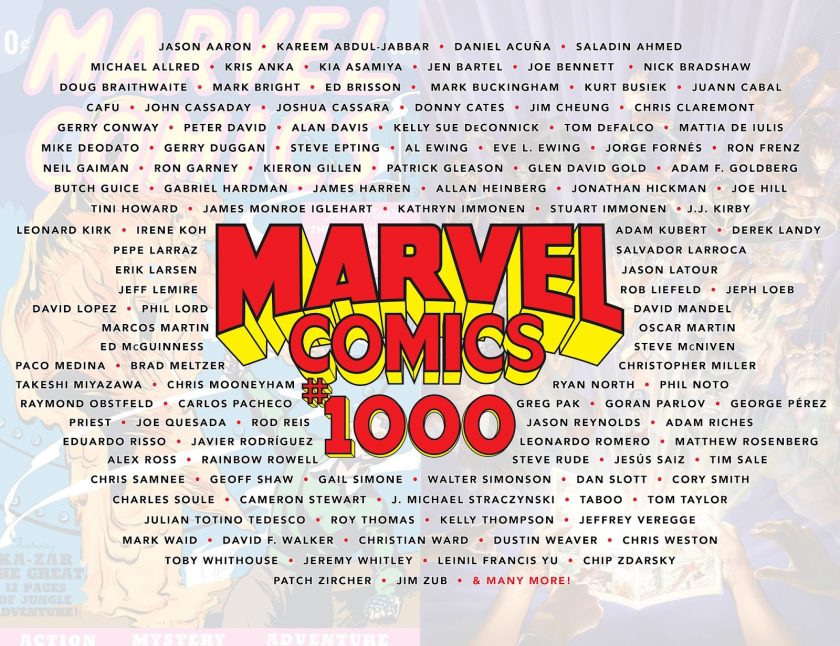 Among those individuals, some of whom teased the project on social media this week, are long-time Marvel veterans — including Roy Thomas, Peter David, Gerry Conway, and Adam Kubert — and current creators — including Saladin Ahmed, Gail Simone, Chip Zdarsky, and Kris Anka — as well as talents outside of comics, like filmmakers Phil Lord and Christopher Miller, Taboo of the Black Eyed Peas, and basketball legend Kareem Abdul-Jabbar.