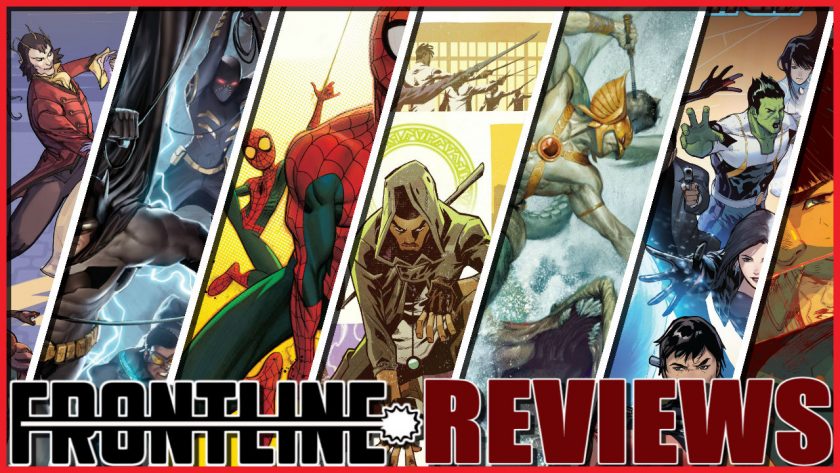 Join us on the Frontlines with our weekly review roundup. This is where we have assembled to give our thoughts on various issues that are released each week. This week we have Jay, & Justin giving reviews for books from Aftershock, Archie Comics, BOOM! Studios, DC Comics, and Marvel Comics! Check out the reviews below and let us know what you think in the comments below or on Twitter. Welcome to the FRONTLINE  REVIEWS, hope you enjoy the experience! 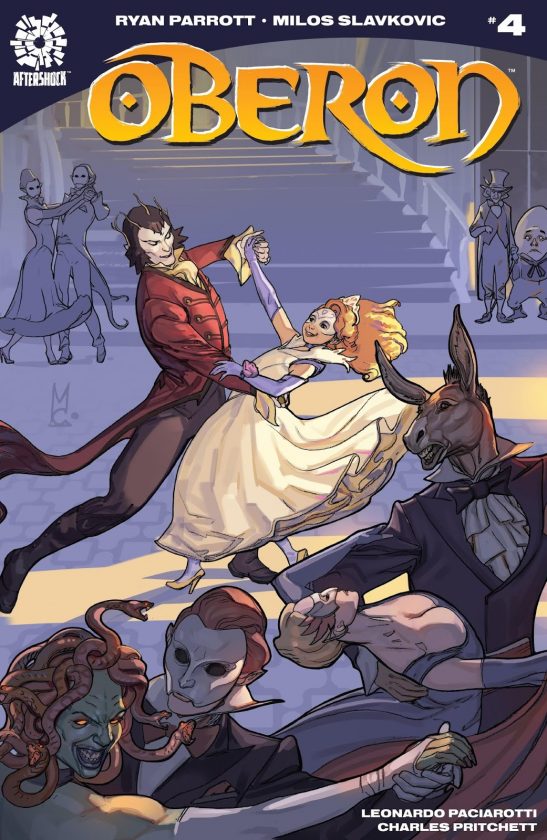 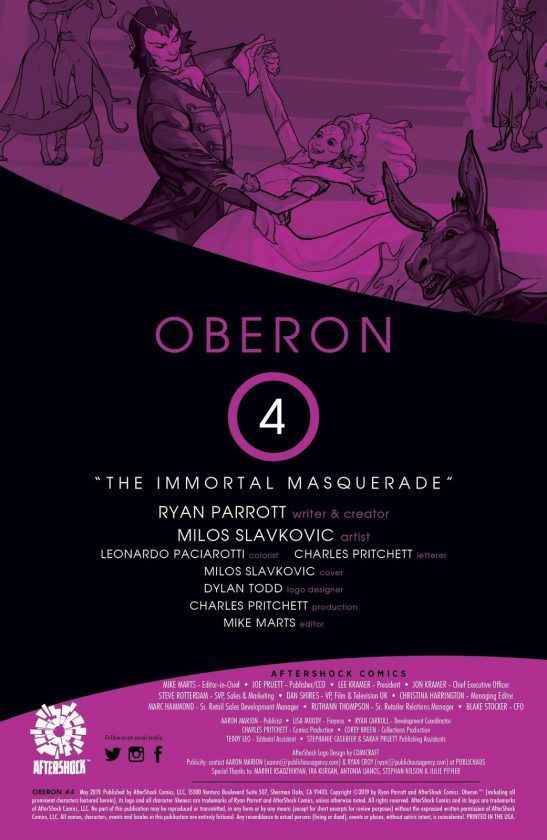 Oberon takes on Mother Mayie before Titania invites him to Immortal Masquerade where the only rule is there are no enemies, just faceless friends there. Parrott starts off big with a battle between Mayie and Oberon where we get to learn a bit more about both, that left me wanting to know more about this version of Cinderella. I love the threat of the Nevermen coming and the meeting of Titania and Oberon via Gortl gave Oberon a lowkey menacing vibe, while still playing up their romance. But my favorite part was saved for last when Robin Goodfellow, or as he is otherwise known, Puck shows up. Slavkovic just continues to slay it with the art always bringing something bold and inventive and bringing that fairy tale feel by making each panel look like a page from an old fairy tale book. Overall this book continues to get better and always leaves us wanting more! ~ Jay @ComicBookTheate 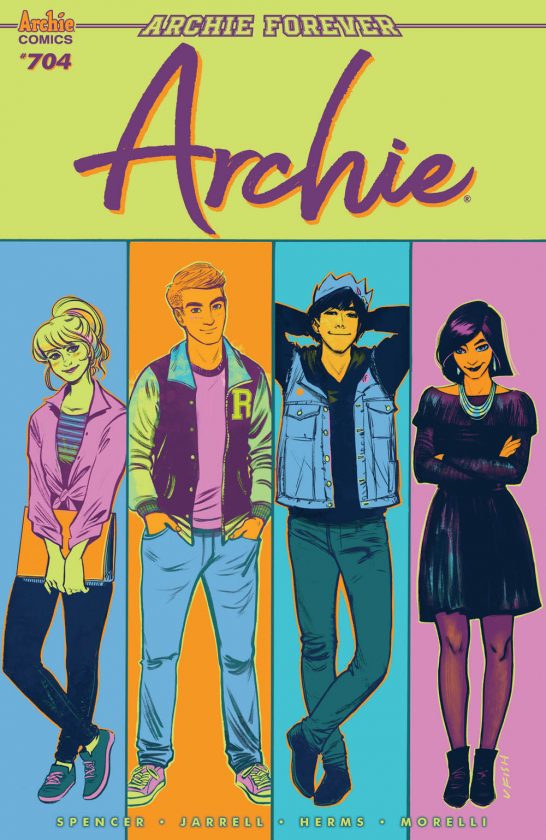 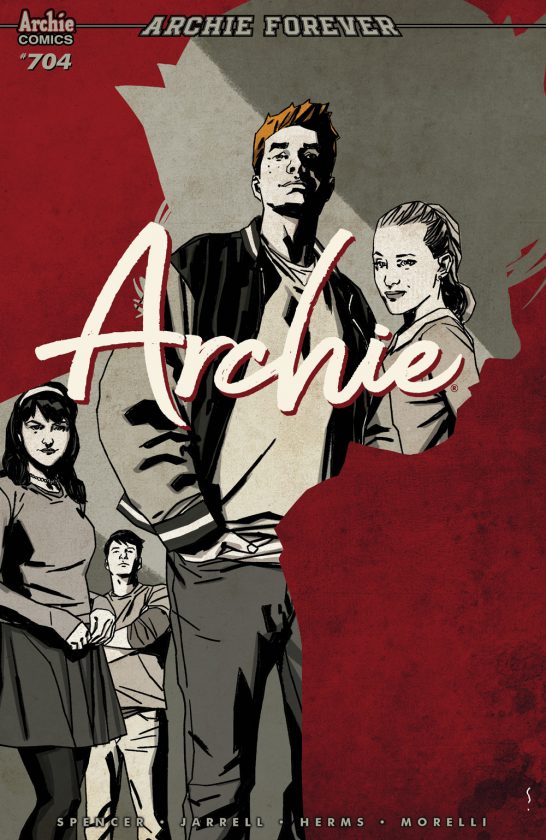 Archie is tricked into being a part of Cheryl’s Riverdale Bachelor as a part of Becky & Veronica’s scheme to expose his secret girlfriend. This book is the perfect book to bridge the Riverdale and Classic Archie fandoms together. Spencer gives us just enough of the classic Archie to balance out the modern Riverdale influences like the mystery with Reggie and Jughead. I am also impressed with Spencer for making me actually like Reggie and feel for him, something I didn’t think was possible. Jarrell and herms continue this balance of Classic and Riverdale through the art with Jarrell’s modern take on the characters and Herms use of this bold classic color palette but found a way to make it modern at the same time. Overall, I am loving this new Archie run that has a little of something for every Archie/Riverdale fan. ~ Jay @ComicBookTheate 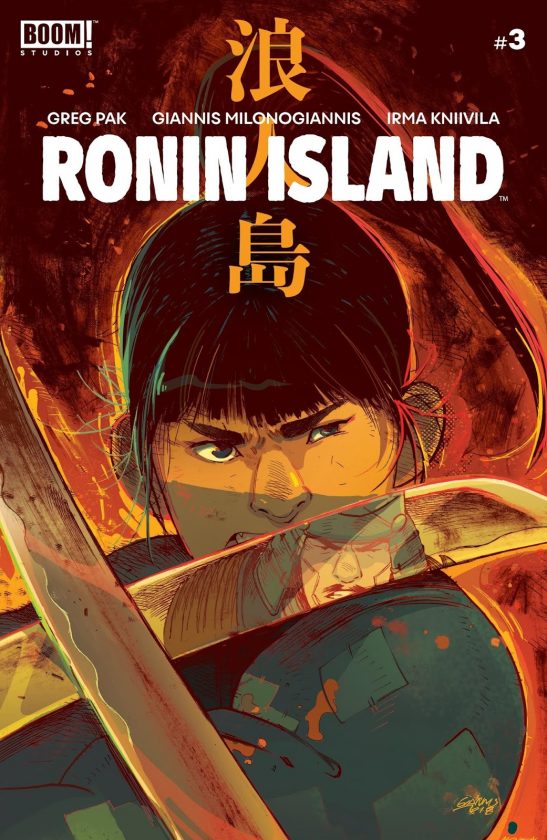 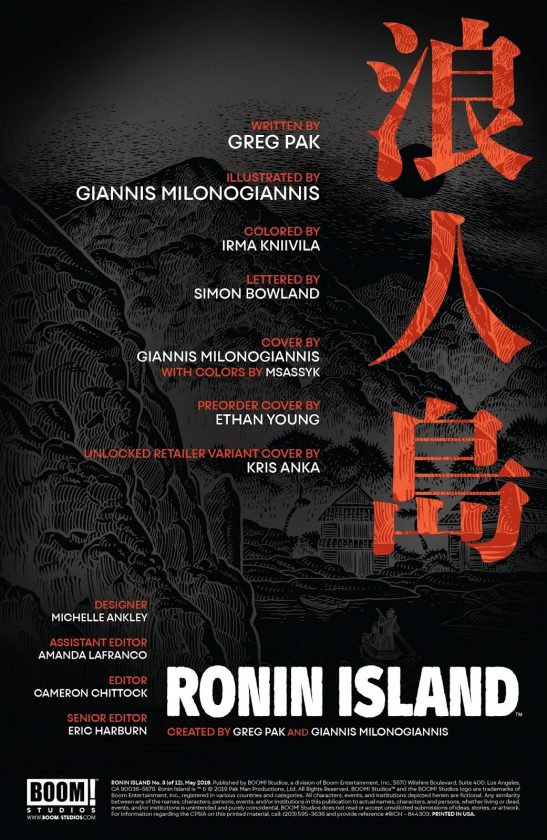 Master Ito, Kenichi, and Hana all go with General Sato to visit the Shogun where they learn new things about the Byōnin and the Shogun makes a shocking proclamation. Pak continues to build the world of the Islanders and the mainland in this issue and pulls you into the mystery of the Byōnin. The Shogun leaves you questioning him and his role in everything. Milonogiannis does a great job bringing in the emotion in the art letting us feel what the characters feel. Overall this is another solid issue that furthers the Island story while giving us more of the world. ~ Jay @ComicBookTheate 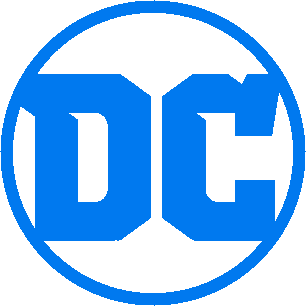 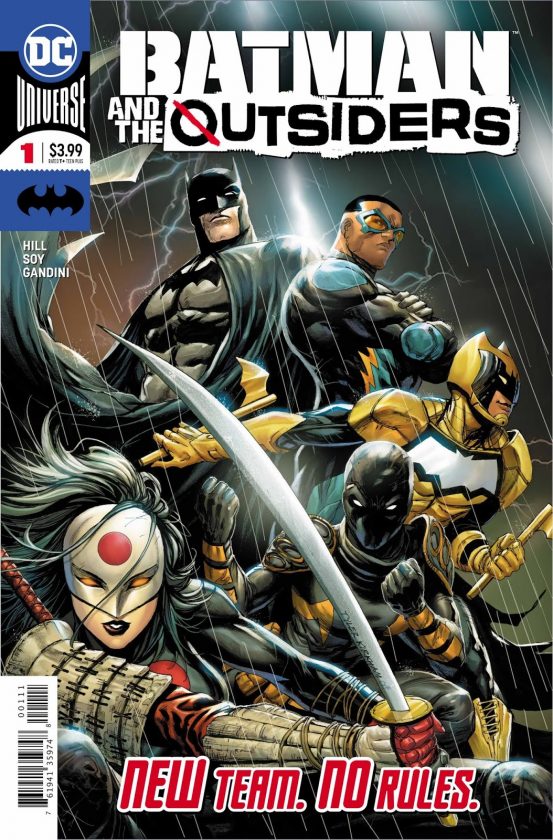 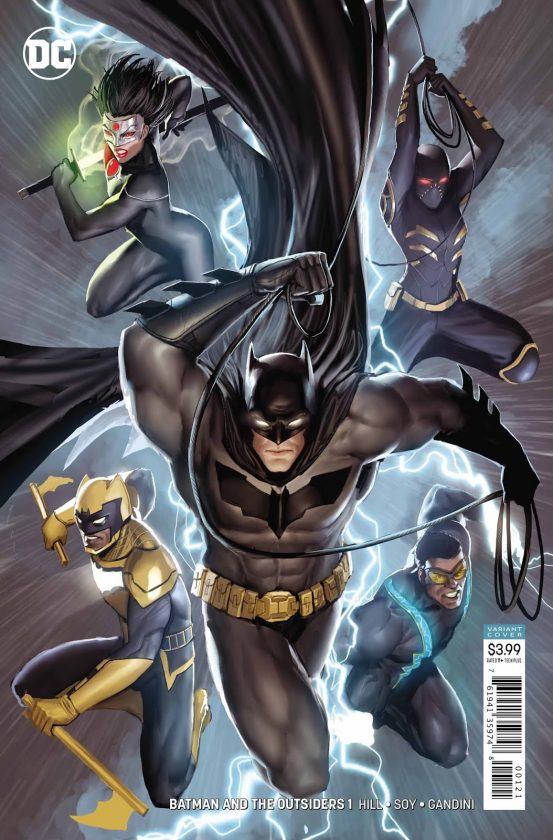 Batman calls upon his new team the Outsiders to help him find a young woman who was given powers years ago after her and her father were attacked. This is a nice establish the team and the dynamics of the team issue, but it felt like Batman was thrown in for his name and nothing else. Soy does a great job with the art and does a great job with the action. ~ Jay @ComicBookTheate 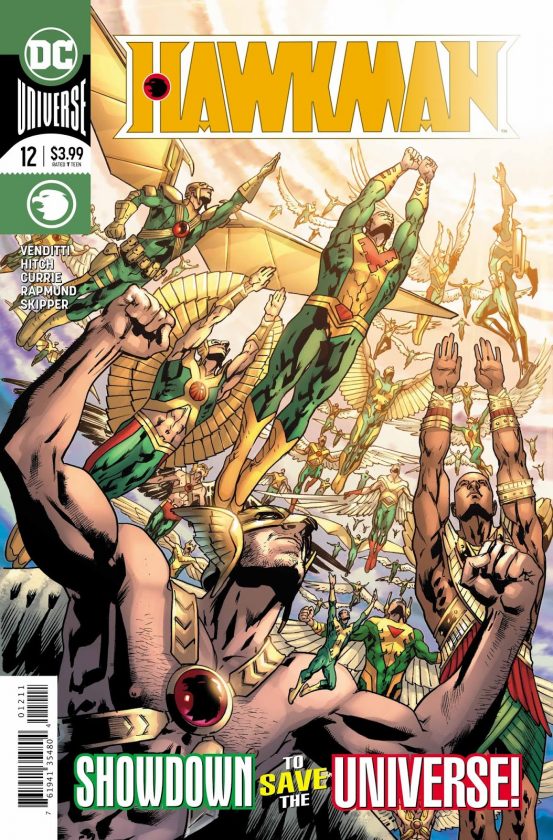 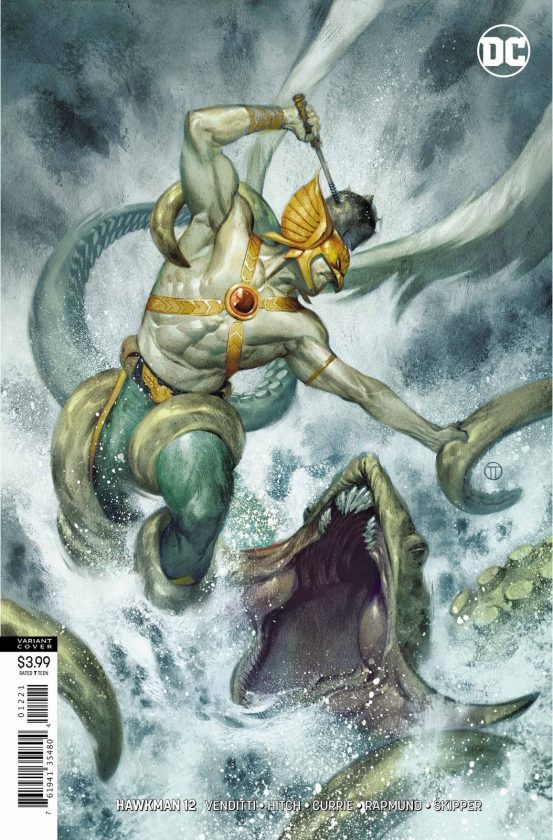 Hawkman #12 Cataclysm Conclusion, out of many, one! The title is enough by itself to get you excited about this issue. This issue sees Hawkman vs Idamm for control of the Deathbringers, while all the past lives of Hawkman fight the dread horde of Deathbringers and their ships that sit above London. There are great battle scenes including the Kryptonian Hawkman getting charged up by Earth’s yellow Sun and laying waste to a Deathbringer ship and the massive Dragon of Barbatos doing what he does best too. After the battle is won, Hawkman is met by the original Ktar Deathbringer. This interaction completes that circle as it were and fills a void within Hawkman past. This story has been 12 issues in the making and it was definitely worth the ride to see all the past lives and have a full cohesive past and future for our winged warrior. Bryan Hitch does an outstanding job yet again filling the pages with flying Hawkmen and Deathbringers all along with the awesome backdrop of London’s skyline. Robert Venditti did what a lot of us thought would never be done and pulled it off with unbelievable storytelling. Across time and space, we say Thank you! ~ Justin @ExileState 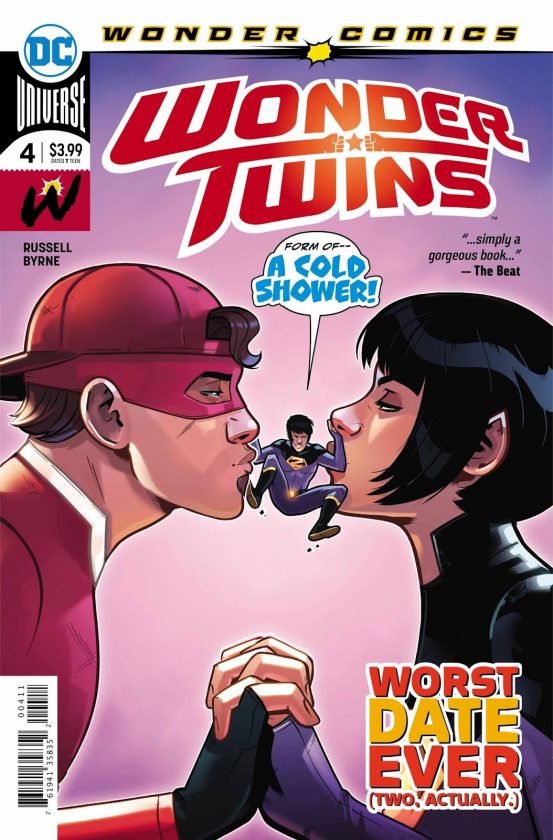 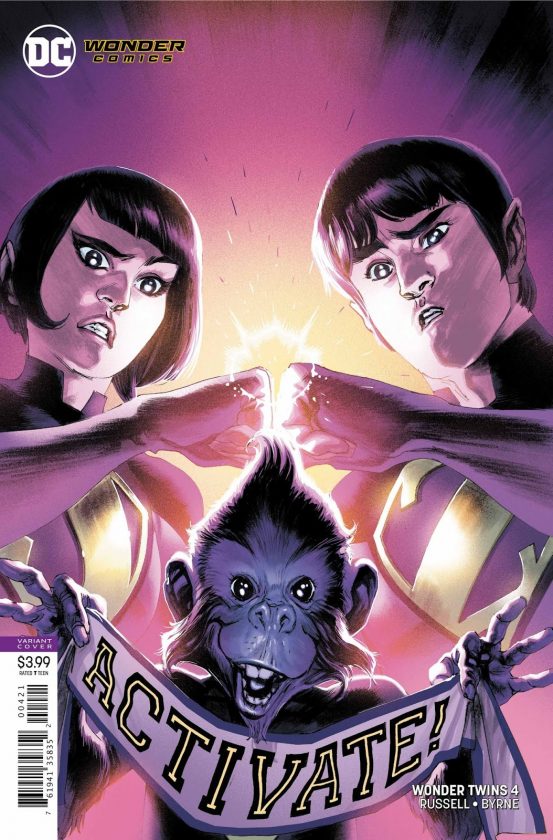 Zan and Jayna go to the science fair where they each make a date. This book is a lot of fun and I think after this issue I love Zan so much more! The one downside to the book is this one-off/one-shot vibe it has to it, even though there is an overarching story but it kind of takes the backseat to the story of the issue. This one had me cracking up with the twins’ dates, Jayna dating a villain and Zan dating a girl who invites her ex-boyfriend to the date and gets back with him, but Zan is cool with it and gives an awesome reason why. Russell does a great job capturing the pains of being a teenager but tackling it from a unique point of view. Byrne needs to do more books, I love the animated style. Overall this is a great book and needs and ongoing. ~ Jay @ComicBookTheate 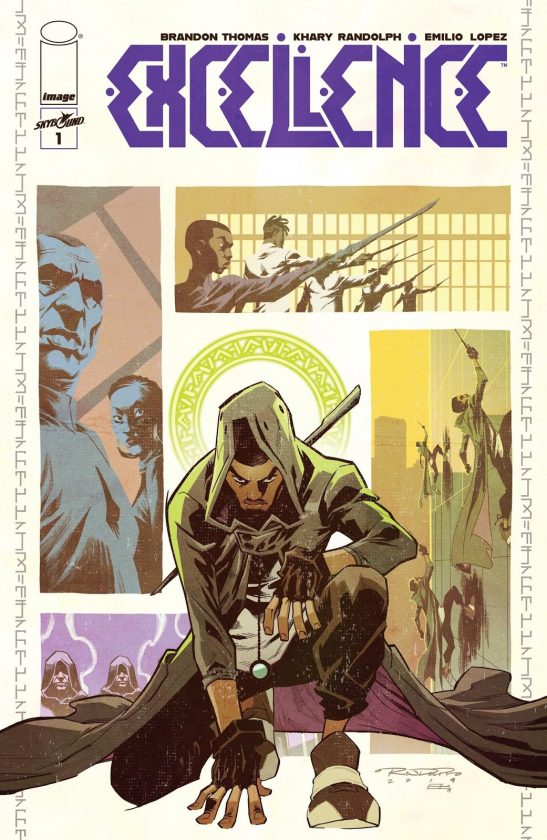 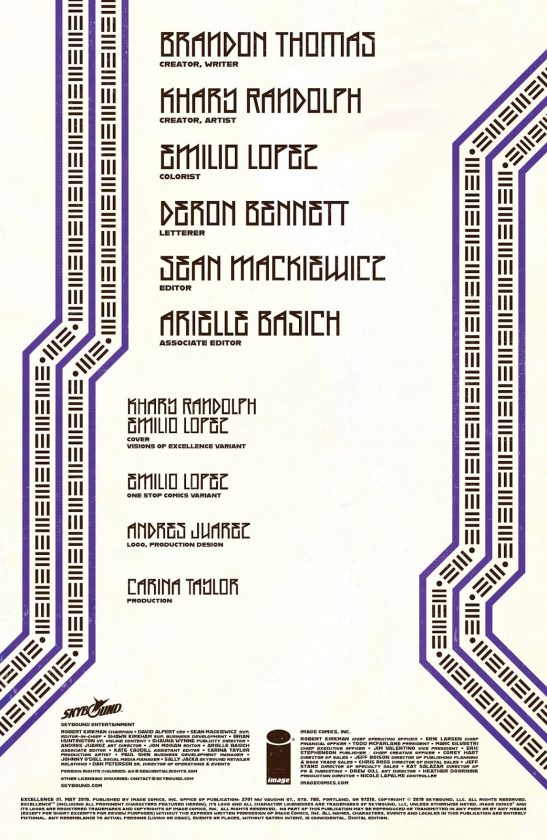 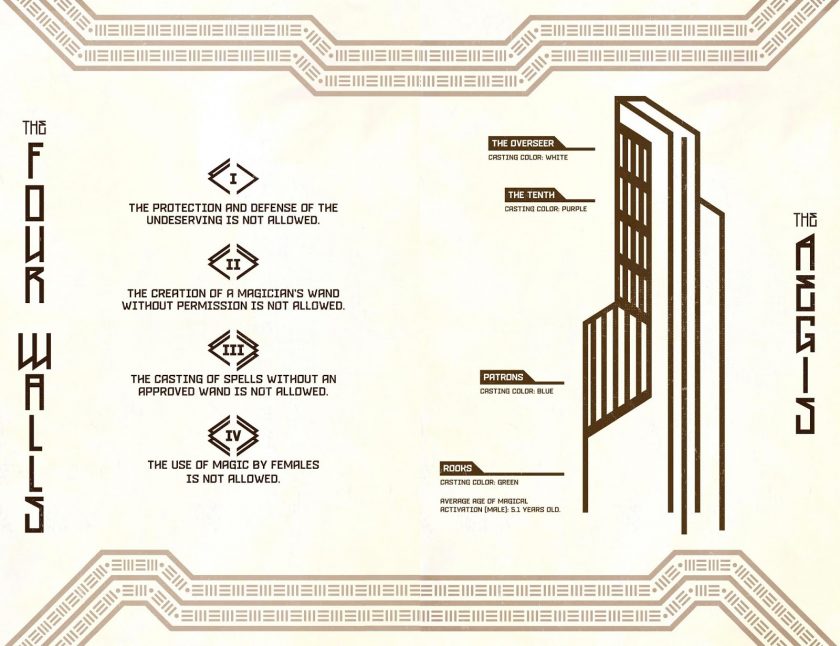 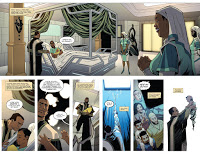 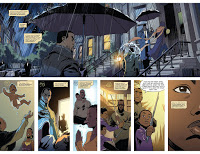 The newest addition to the Dales lineage, Spencer is here, and being a late bloomer and disappointing his father has given the young magician a different perspective on the rules of magic. I am a sucker for a father/son story and this one is a good one! Thomas does a great job taking us through the pains of young Spencer trying to earn his father’s love while learning to be his own man. Randolph displays some of his best work giving dynamic action scenes that put you in the story with Spencer. Overall this is a book that lives up to its name. ~ Jay @ComicBookTheate 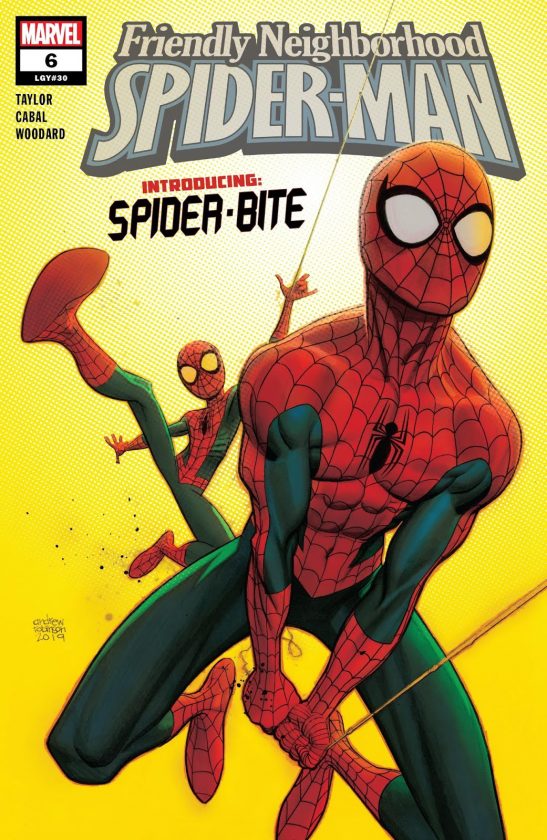 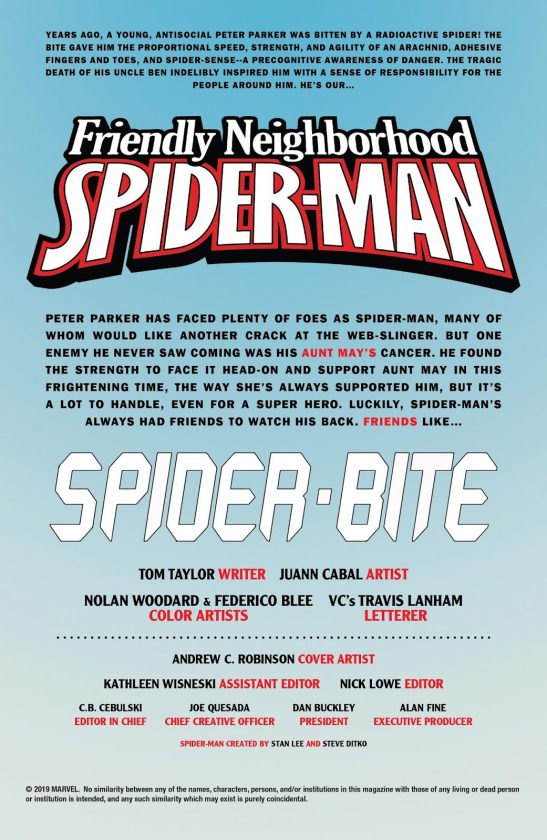 Spider-Man makes the wish of a young boy come true. Tom Taylor knows how to hit the reader in the heart! The book starts off with Spider-Man and his new sidekick Spider-Bite taking on the Sinister Sixty then becomes a heartwarming story about a young dying boy whose favorite hero is Spider-Man and his one wish is to be Spider-Man for a day. Cabal’s classic style pairs perfectly with the sentiment of Taylor’s script. Overall this is the perfect feel-good Spider-Man story that we all need. ~ Jay @ComicBookTheate 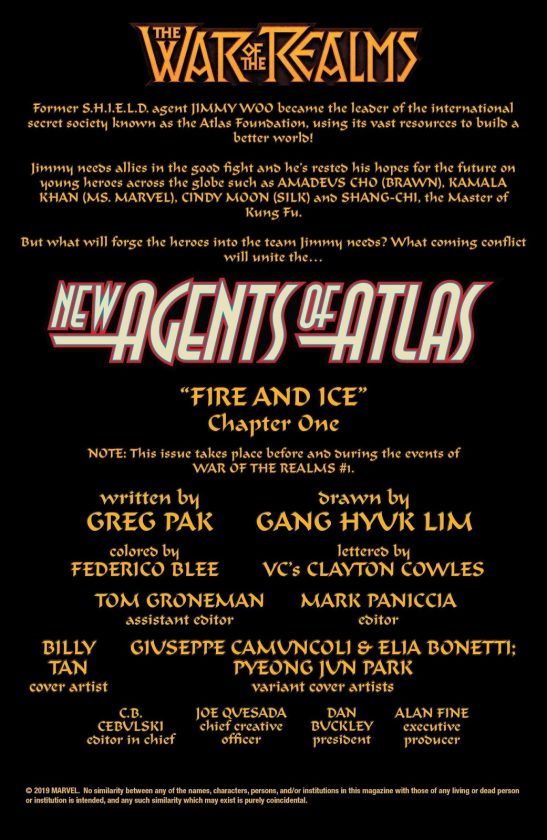 The War of Realms comes to Asia as the Queen of Cinders attacks Seoul to claim it as New Muspelhem, but first, she must face the New Agents of Atlas. A lot of time all of these characters will either get lost in the plot or the plot would get lost in the characters but Pak does a great job balancing both. I can not wait to see and get to know more about every character here, I haven’t been this excited about a new team since the original New Avengers came together. Lim’s art is incredible, along with Blee’s colors, this may be the best-drawn tie-in to War of The Realms. Overall this book packs a lot of Asian power inside and out and packs even more action and story quality! ~ Jay @ComicBookTheate