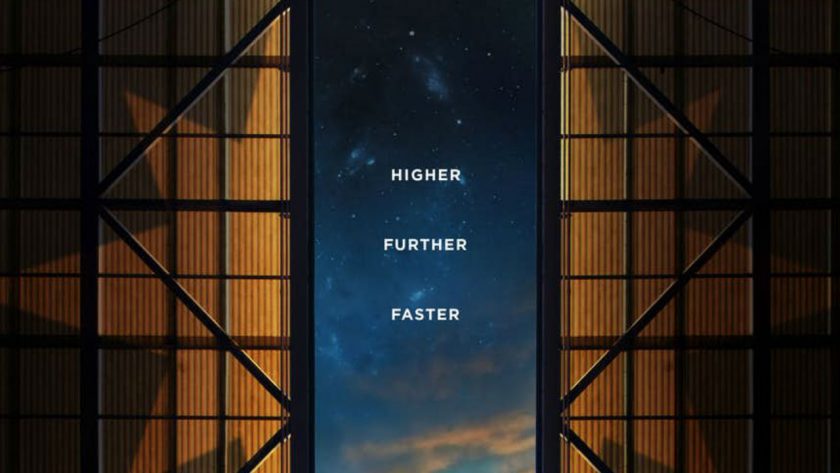 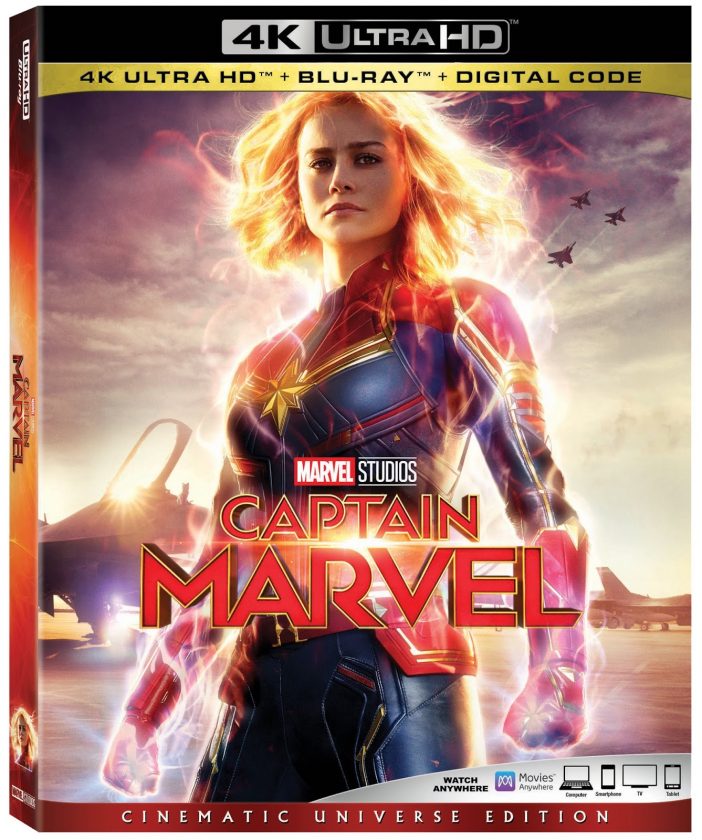 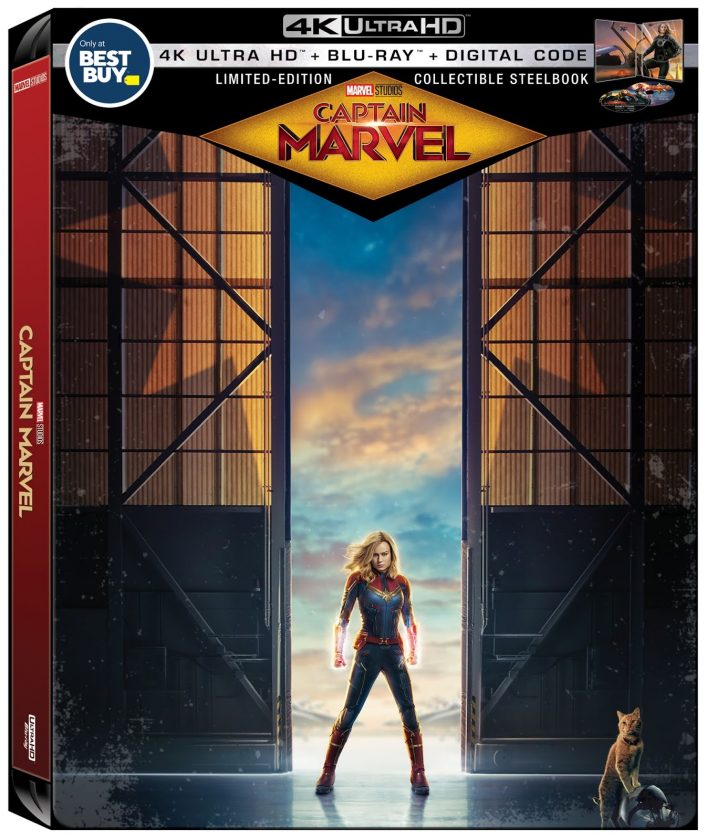 At yesterday’s espnW Summit NYC, Marvel Studios hosted a Captain Marvel panel and revealed an all-new trailer and in-home release dates for its first female-led franchise film, centered on Carol Danvers a.k.a. Captain Marvel. The spectacular, 1990s-era Super Hero adventure, which electrified and inspired audiences worldwide and surpassed $1 billion in ticket sales, is available on Digital in HD and 4K Ultra HD™ and Movies Anywhere May 28, and lands on Blu-ray™ and Blu-ray 4K Ultra HD™ June 11. 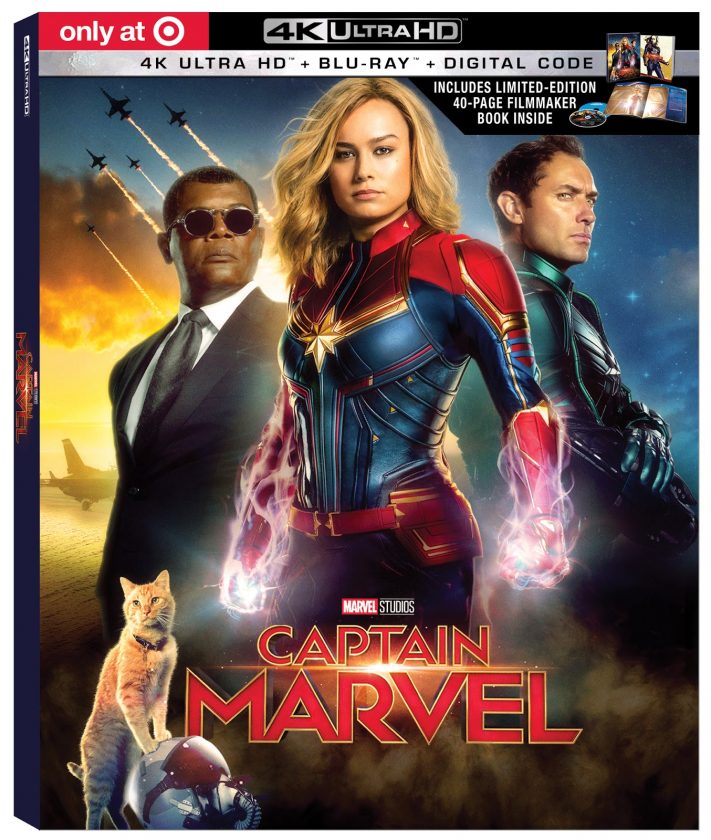 Arriving home with extensive line-up of extras detailing the development of this highly anticipated addition to the Marvel Cinematic Universe (MCU), Captain Marvel includes Featurettes that highlight the transformative journey of Brie Larson (Captain Marvel) and her character’s impact on audiences around the globe; the influence of Nick Fury (Samuel L. Jackson) on significant events within the MCU; the perfect pairing of directors Anna Boden & Ryan Fleck; the ongoing conflict between the Skrulls and the Kree; and the raw talent behind the fetching feline named Goose. Viewers also gain access to six deleted scenes, director commentary, a gag reel loaded with funnies, flubs, and Flerkens, and never-before-seen concept art and production photography. 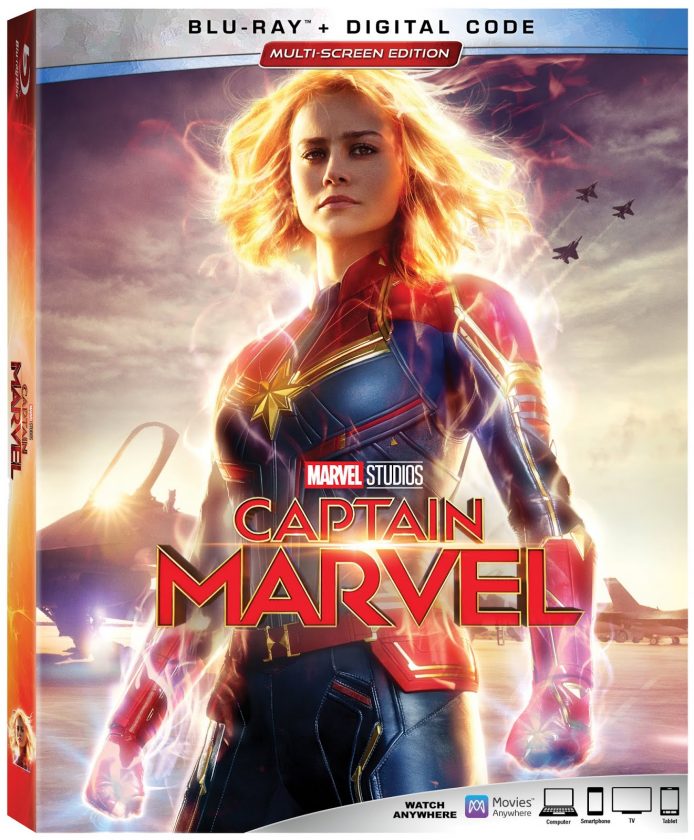 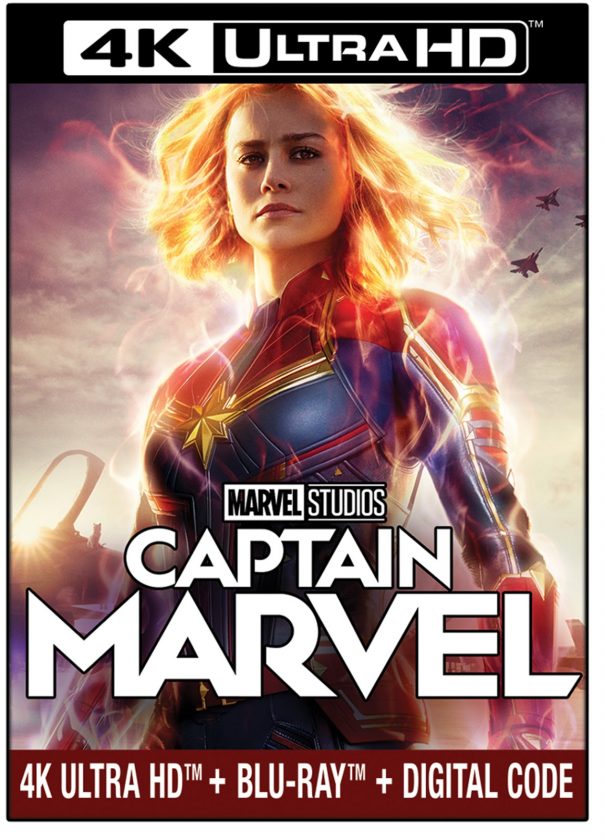 Captain Marvel comes packaged in various formats to best fit today’s varying consumer desires. Viewers can bring home the film two weeks early on Digital 4K Ultra HD, HD and SD and gain access to two exclusive features, including a behind-the-scenes visit with the Visual Effects team that makes the filmmakers’ visions of the MCU come to life and an inside look at the epic team effort that goes into an action-packed sequence within a Marvel Studios film. A physical copy of Captain Marvel is available as either a 4K Cinematic Universe Edition (4K UHD+Blu-ray+Digital Copy) or a Multi-Screen Edition (Blu-ray+Digital Copy), granting fans the flexibility to watch on devices of their choice.

BONUS MATERIAL (may vary by retailer):

Set in the 1990s, Captain Marvel is an all-new adventure from a previously unseen period in the history of the Marvel Cinematic Universe that introduces the MCU’s first stand-alone, female-franchise title character—Carol Danvers aka Captain Marvel. When we first meet Danvers, she already possesses her superhero powers, having left her earthly life behind and become a member of an intergalactic elite Kree military team called Starforce, led by their enigmatic commander, Yon-Rogg. But after Danvers has trained and worked with the Starforce team, and become a valued member, she finds herself back on Earth with new questions about her past. While on Earth she quickly lands on the radar of Nick Fury, and they must work together against a formidable enemy in the form of the Skrulls—the notorious Marvel bad guys made even more dangerous by their shape-shifting abilities—and their leader, Talos, who is spearheading a Skrull invasion of Earth.

Let us know in the comments what you think of this Marvel Cinematic Universe Announcement and don’t forget to follow us on Twitter for the latest Previews, Reviews, News and Interviews!