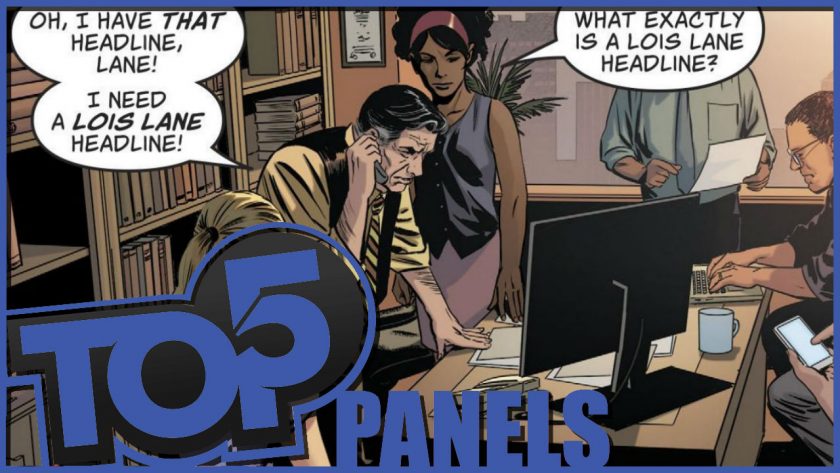 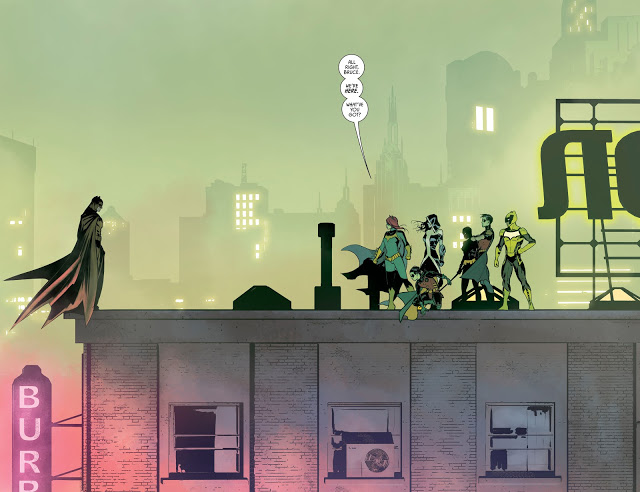 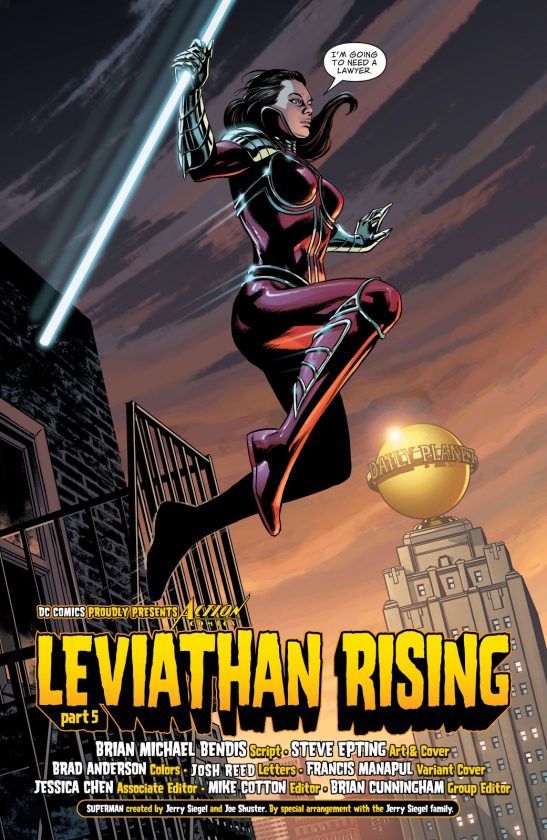 Manhunter is the perfect character for Bendis to write. I’m excited to see where he’ll take her character.

5. Legend of Korra Ruins of the Empire Part 1 – Quick on Your Feet 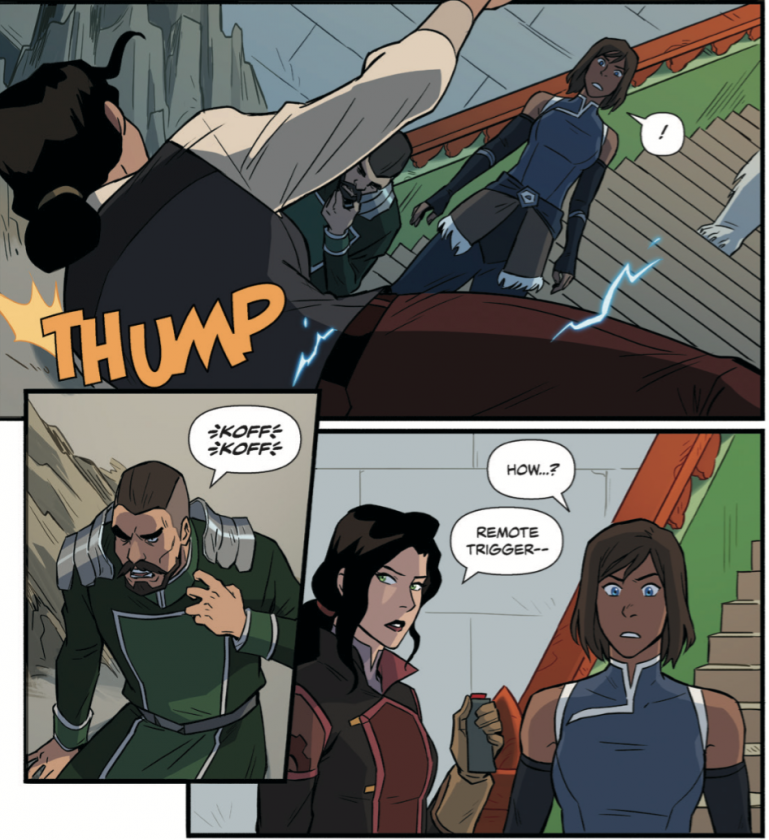 This is why Asami is a badass! 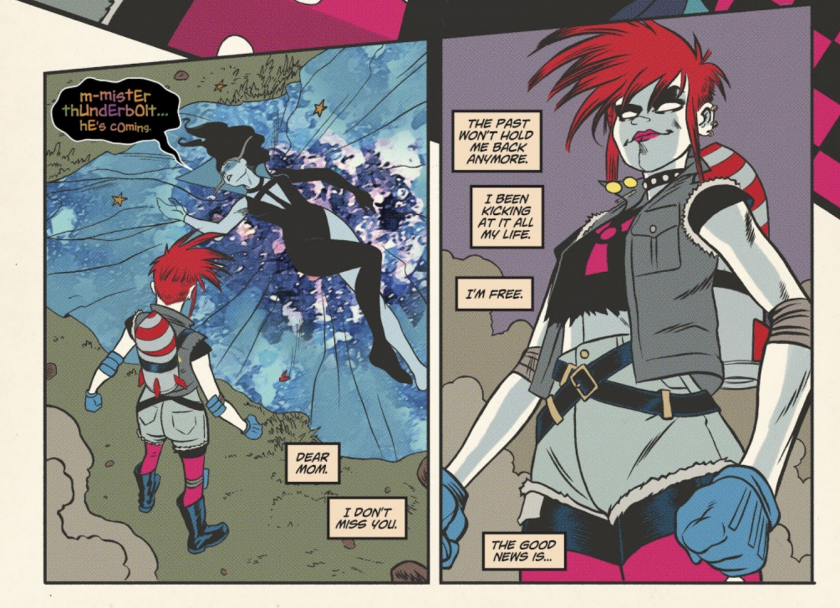 What a powerful moment! Summer isn’t nostalgic for her past, like most people. The whole issue she writes her letter to no one, but by the end figures out she’s writing it to her mother. 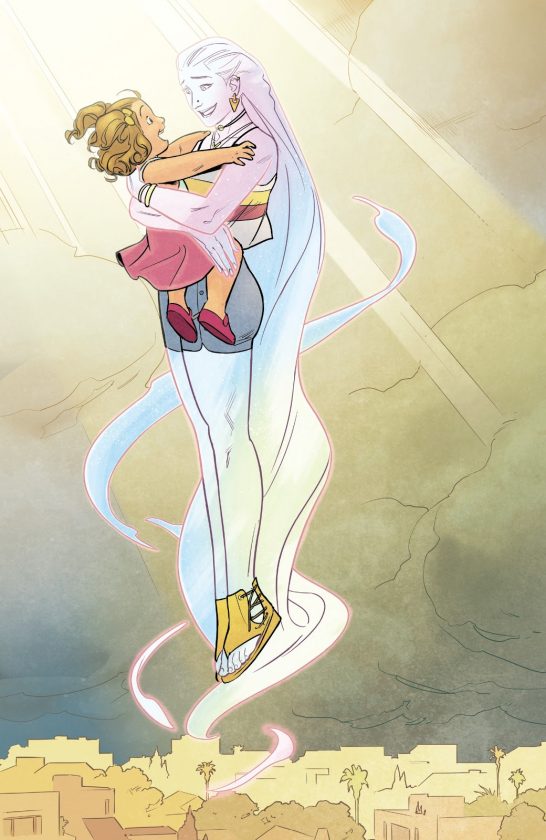 Because of her parents Karolina keeps thinking she’s not a good person, but then defies her thoughts by instinctively saving a stranger. 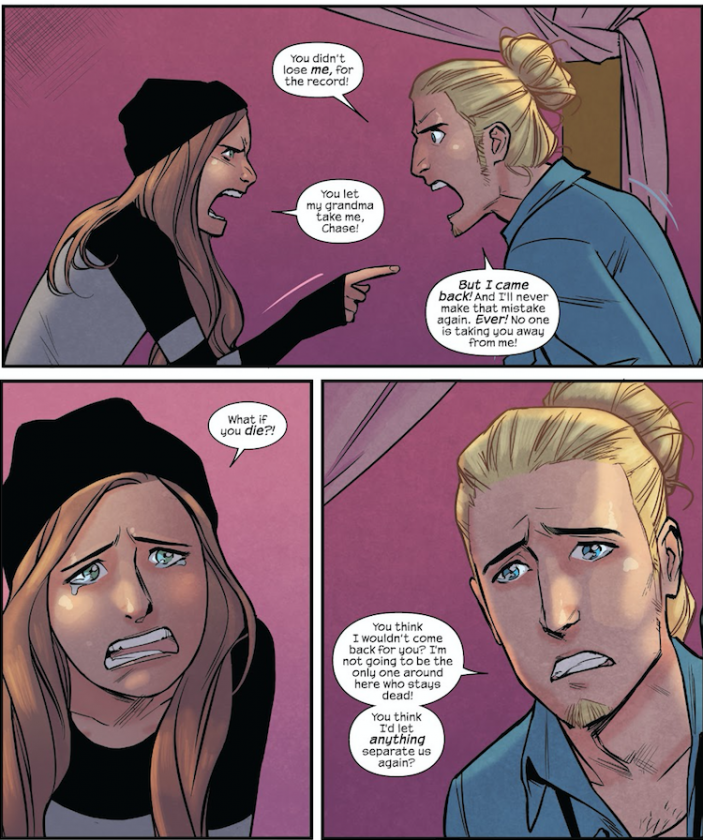 I love this moment between Chase and Molly where he tells Molly that he never left her and not even death will stop him from reuniting with her.

1. Legend of Korra Ruins of the Empire Part 1 – It Must Be Challenging to Be the Avatar’s Girlfriend 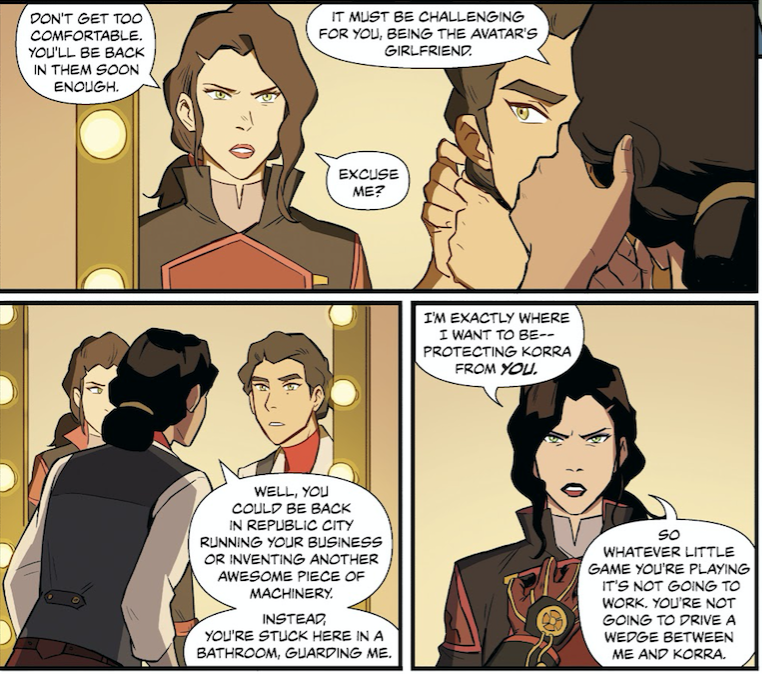 This was such a great scene as Kuvira tries to play mind games with Asami, but Asami’s loyalty towards Korra sees right through her tricks.

4. War of the Realms: Strikeforce: The Land of Giants #1 – Spidey Talks to a Pegasus 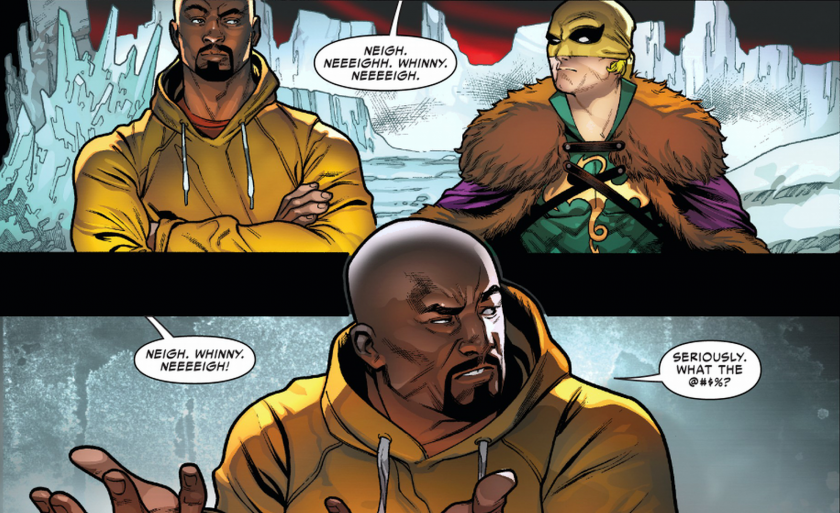 Luke Cage is hilarious here as Spidey talks in horse speak while all the rest are looking on and Cage vocalizes what they’re all thinking. Priceless.

Before you realize what has happened, the shock of Hope dying so suddenly and violently is a huge shock! Not one that lasts but a second, but it still delivered that impact to me as a reader.

2. War of the Realms: Strikeforece: The Land of Giants #1 – I Preferred You When You Were Dead 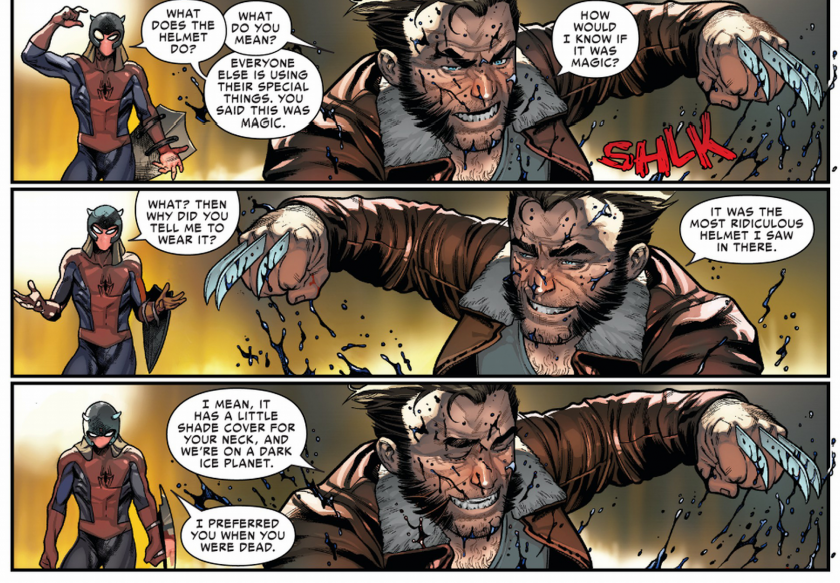 Man, what a harsh line to say, but even though you knew it when Logan put it on him, Spider-Man’s realization of the joke was just comedy gold, as was the delivering of this line. 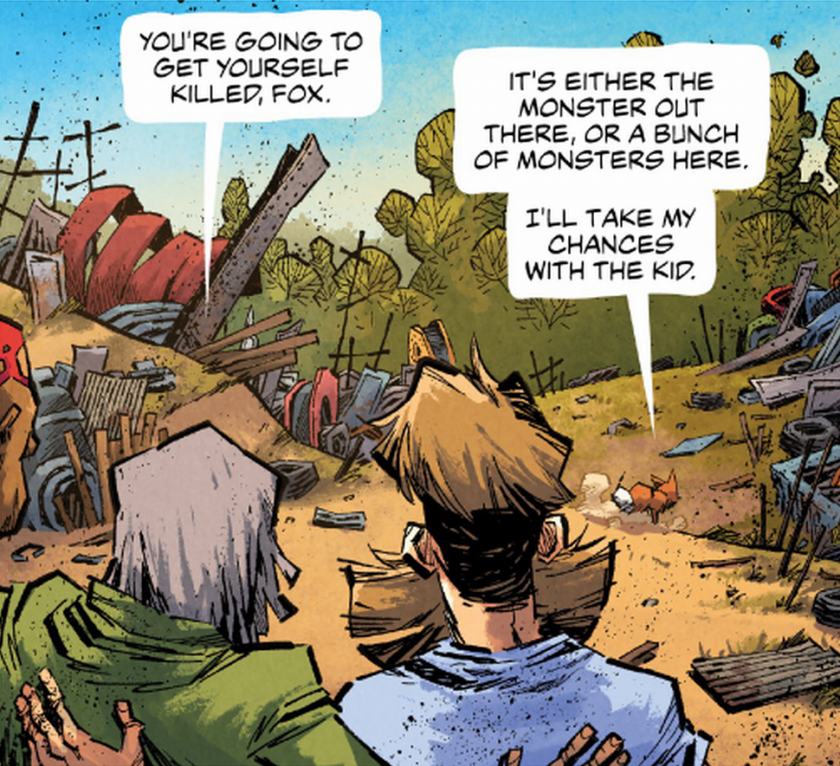 Fox’s impassioned speech to the carnival folk leading up to this point on how they should stick by Abel was great, and it culminated with this panel as Fox displays undying loyalty and labels all those who abandoned him when he needed help the most as monsters was righteous and chilling. Love this scene! 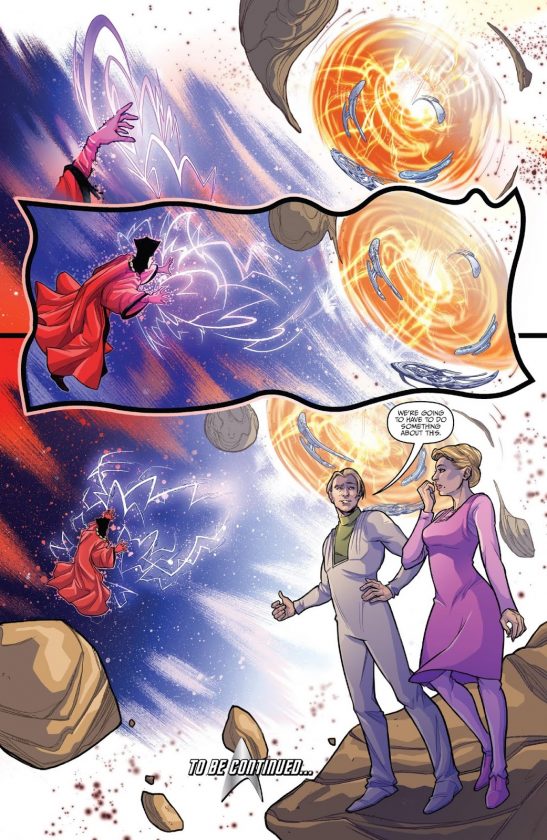 Q has always been this almighty I am the ultimate power type, so it is good to see him being humbled by the Prophets here. 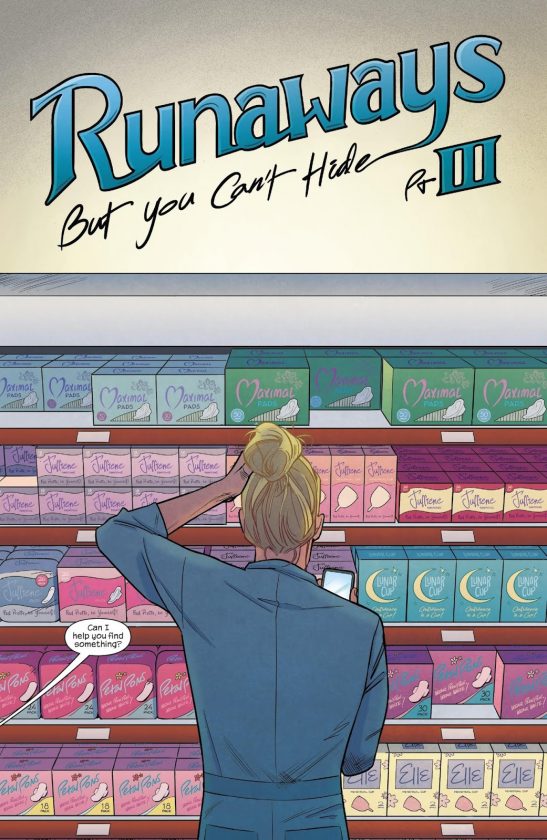 Any guy who has women in their life have been down THAT AISLE before and it is puzzling, it is awkward and the looks you get! That is why I love this panel it is so true and honest.

Everyone needs a Chase in their life, if you have one, you are lucky! 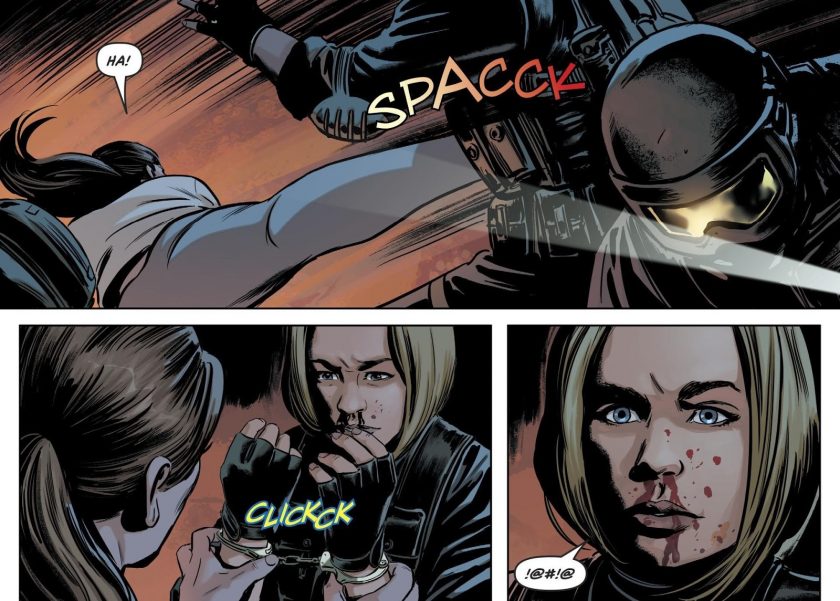 Maggie Sawyer is a Grade-A Certified Badass, so to see Kate do this just shows how badass Kate is!

Some see this and see just a panel within a comic nothing special, I see it and see just how freaking awesome Lois is! This is one of the countless reasons why I love her, Perry is an old reporter been there, done that and he knows his shit, but Lois, she is better and he knows it. 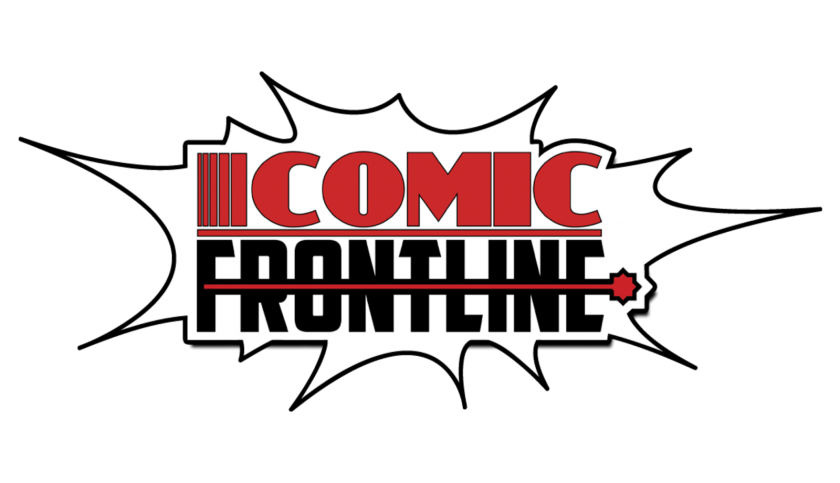