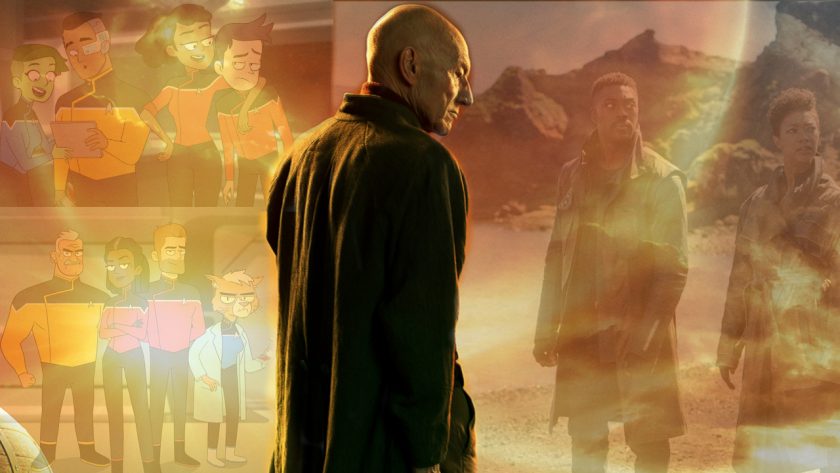 Space the final frontier. These are the voyages of the Jean-Luc Picard. His new mission to explore a strange new era. To bring in new life to the franchise. To boldly unite fans… Star Trek made their presence known in Hall H at San Diego Comic-Con 2019 in a big way with all weapons ready, and boy did they bring the big guns, but Star Trek Picard wasn’t all they discussed.

Let’s start from the… well Lower Decks. Star Trek Lower Decks will be a 30-minute animated comedy show on CBS All Access in 2020 from a writer on Ricky & Morty, Mike McMahon. The animated series will focus on four Ensigns aboard an unimportant but new California Class Federation Starship the U.S.S. Cerritos in the year 2380. While the show is a comedy it will not be a spoof of Star Trek. The show takes place within Prime Cannon and will reference things from the Star Trek Universe including the Live-Action and animated series.

“It’s all about families. There’s a lot of familiar Star Trek in it. Even though we’re a comedy, it doesn’t make fun of Trek. We focus on people in the ship who are funny.”

We also got a little information about our crew: 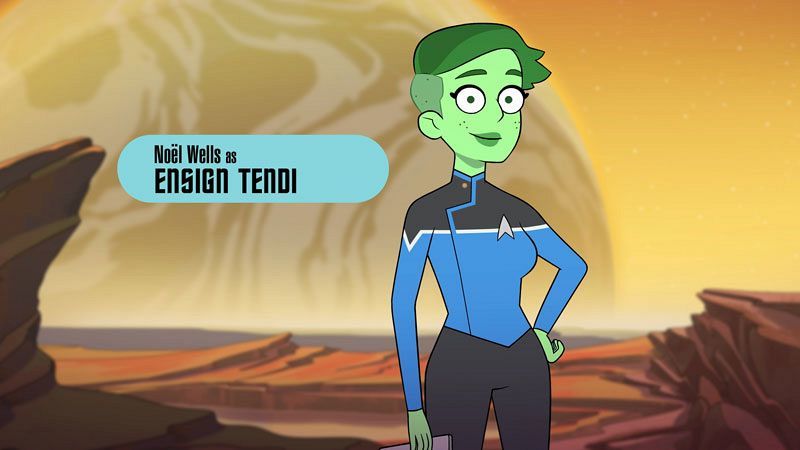 Ensign Tendi (Noël Wells), is a Medical Officer in Sickbay whose mind is blown every day, and a source of joy. There is no illness that is too gross that she’s not thrilled to be dealing with. 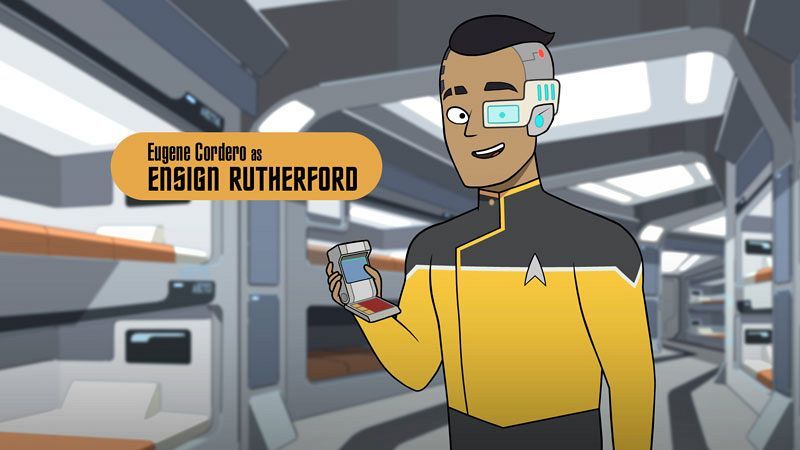 Ensign Rutherford (Eugene Cordero). is an Engineer with a new cyborg implant he is trying to figure out. But he is not Geordi, he will not solve problems by the end of the episode. 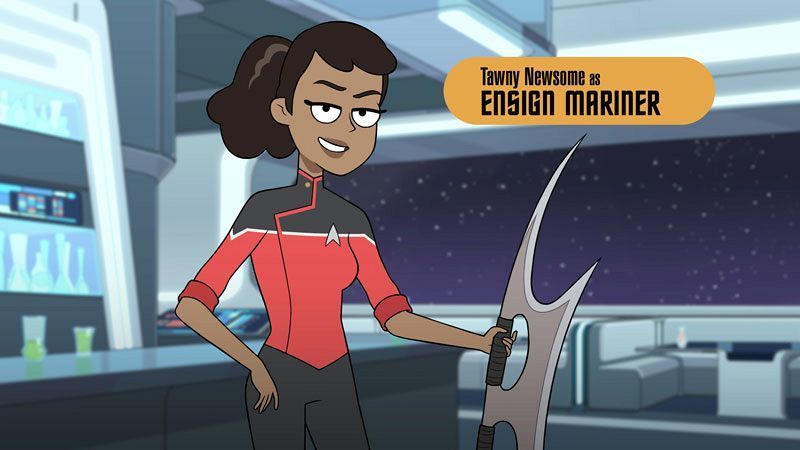 Ensign Beckett Mariner (Tawny Newsome) is in command and described as a badass that doesn’t follow the rules and is good at all things Starfleet but doesn’t care which has caused her to be demoted a number of times. 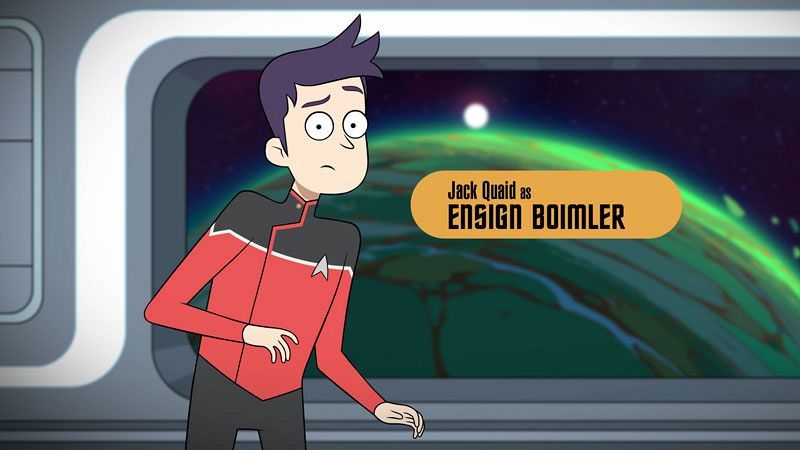 Ensign Brad Boimler (Jack Quaid) who is also in command. He is the opposite of Mariner, he has dreams of being a Captain and is very by the book. He is also very book smart and could ace a written exam but is a disaster in practice. 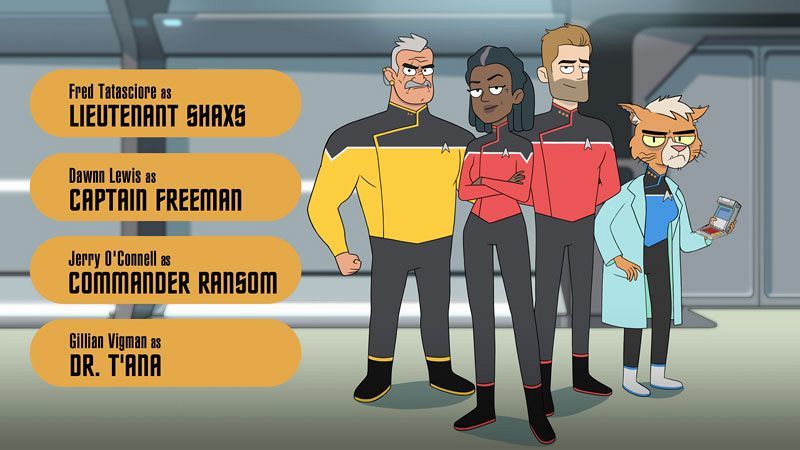 We also got a look at the Senior Staff and one name may sound familiar to some, but it is unknown as if there is any relation.

Lieutenant Shaxs (Fred Tatasciore) is a Bajoran who always wants to eject the warp core.

Captain Carol Freeman (Dawn Lewis) is the Captain who is stoic and ethically bound.

Commander Jack Ransom (Jerry O’Connell) is the first officer and is like the California Riker who has less shame than Riker.

Dr. T’Ana (Gillian Vigman) is a Caitian and the Chief Medical Officer. She has no tail and is really really bad at talking to people but great at solving space mysteries.

“Lower Decks is for anyone that wants to explore Star Trek and wants more of it. It has characters that care about each other and love and grow and change. If you’ve never seen Star Trek before, this could be your first Star Trek.” 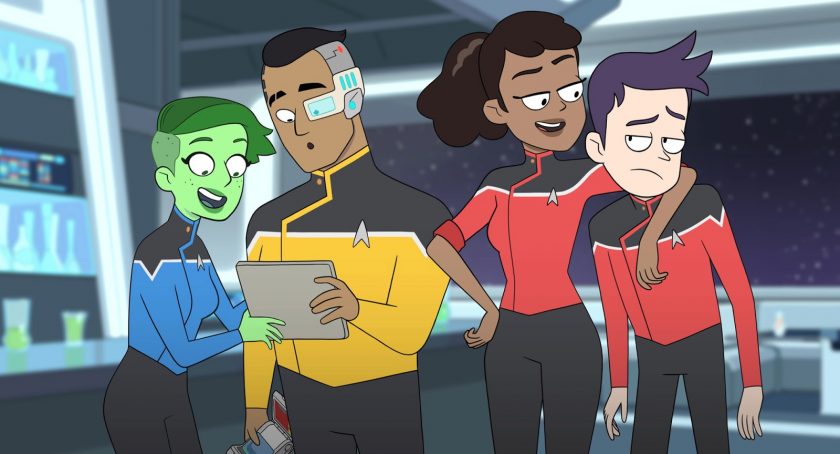 Tawny Newsom the voice of Ensign Mariner will be pulling double duty as she will be hosting Prime Directive: The Official Star Trek Podcast from CBS Studios.

Next up is Short Treks which there will be six of this year, two will be animated, three will focus on the Enterprise Crew Pike (Anson Mount), Number One (Rebecca Romijn), and Spock, (Ethan Peck) and one will be an introduction to Star Trek Picard.

No further details on when they will air or what they’ll involve weren’t revealed, but we may get that information in a few weeks at Star Trek Vegas. These Short Treks are said to be very fun standalone stories and that everything connects.

Star Trek Discovery Season 3 will take place further into the future than any Star Trek Series before it. The series has taken a “radical jump almost 1,000 years into the future.”

“The show will introduce numerous changes. There will be things you recognize, things you don’t recognize. We get to honor canon but shake it up quite a bit. It’s still Star Trek, and it will always be Star Trek the way Roddenberry wanted it.”

David Ajala was introduced and confirmed to be playing a new character, Cleveland “Book” Booker, He’s described to “break the rules a little bit.” Ajala added, “And we do break the rules at the start of the season.” Book is also said to be someone you don’t initially expect.

“We go to the deepest level of Discovery in Season 3 because we’re in this new place together. We have to figure out where we are and who we are. It’s exciting.”

“The Discovery Crew choose each other for eternity and leave their families behind. People you’ve met will take center stage, there will be a ton of new characters. The thing that defines Trek is that it’s always about the little, always about the humans, the interspecial interaction. Our focus is on what does it mean and what does it do for the characters?”

There was one question asked that was intentionally left unanswered when they were asked; “Who will be Captain?” 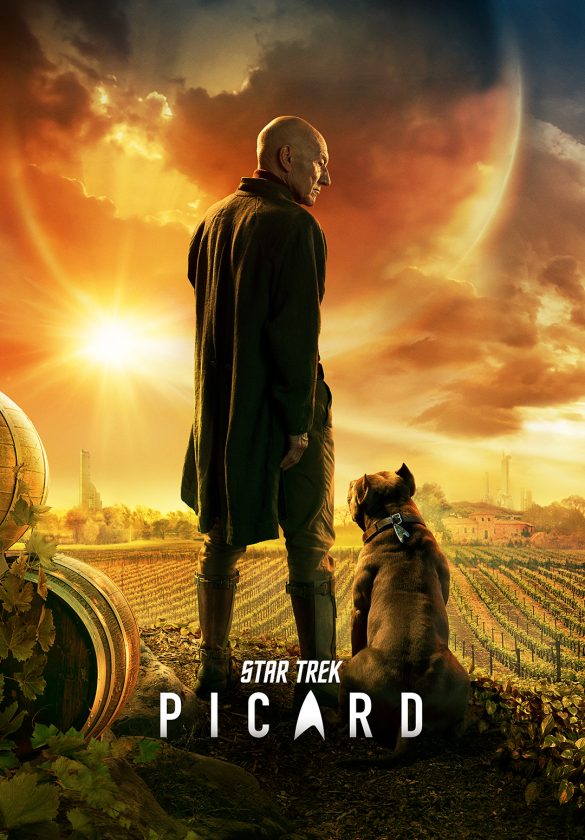 One of the most anticipated shows at San Diego Comic-Con was Star Trek Picard, and they delivered a Geekgasm-inducing presentation. The CBS All Access series focuses around fan-favorite Captain Jean-Luc Picard but it was announced today that other familiar faces will return as well. They include Brent Spiner (Data), Jonathan Frakes (Riker), Marina Sirtis (Troi), Jeri Ryan (Seven Of Nine) and Jonathan Del Arco (Hugh).

“I decided over a year ago to do it. For a long time, I had been saying, ‘Thank you but no.’ But as the subject matter of this series became clearer and clearer to me, and I met this writing team, I knew that something unusual was going to happen and I wanted to be a part of it. So here I am. And very, very happy to be here.” 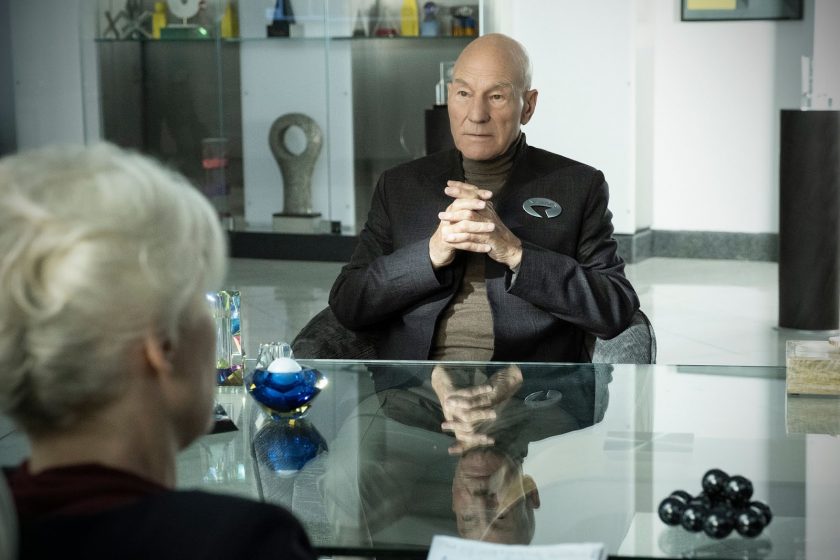 “Picard is entirely different than Discovery. It all started with Patrick. He didn’t want to repeat what he had already done. He really challenged us. It forced us to think outside the box. What is it about this great captain that everybody loves so much? All of us sat down and we asked lots of questions about what Star Trek meant to each of us and to Patrick. Then these storylines began to emerge about Picard.”

“Picard is not just a philosopher but a human being. The choices he makes are not made in a vacuum. He’s the leader we all want. Picard and Patrick are one in many ways. TNG reflected a more innocent time, it was always telling great stories, complicated stories, but we live in a much more complicated time now. Picard, in the best way, is still standing up for what matters. He’s still standing up for the ideals we believe in. Age has not changed his resolve.” 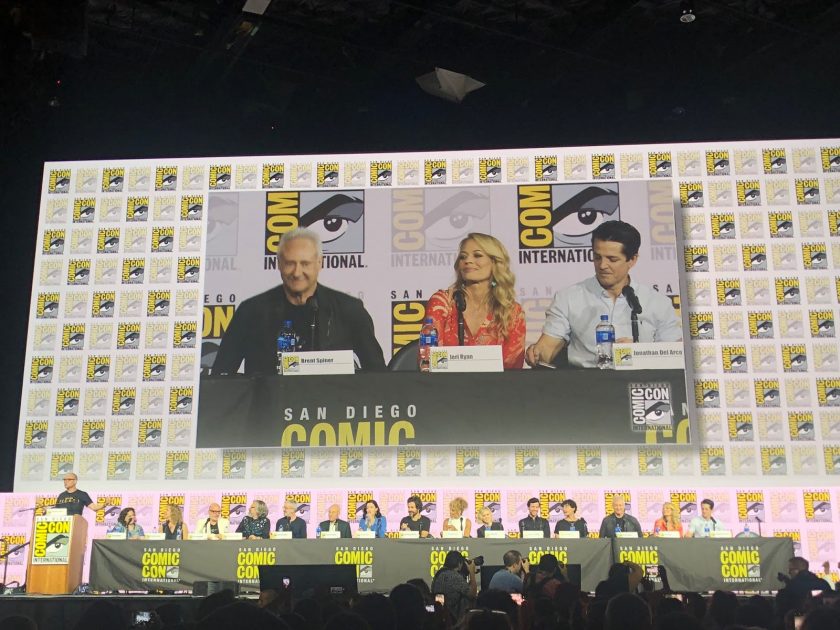 “When I heard they were doing Star Trek: Picard, I said, Do you have anybody for the role of Picard yet? And they hung up on me but I spoke to Patrick and he said there’s a possibility for a part and would you think about appearing on the show? I said, ‘I don’t think I can do that.’ And then he started crying and I just couldn’t take it!“

“The possibility of standing next to Patrick on a set again was more than I could say no to. And I had to consider the fans as well. To think that this was going to happen and that there was a possibility that I might be there. There was no way I could refuse that. Of course, I had to be there.“ 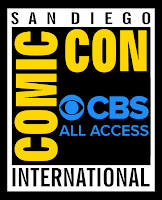 Let us know in the comments what you think of this Warner Bros. Pictures Announcement and don’t forget to follow us on Twitter for the latest Previews, Reviews, News and Interviews!
All images images are courtesy of CBS All Access