Welcome to Comic Frontline’s Top 5 Panels! Each week, the cast of Comic Frontline unite to pick our Top 5 comic book panels from the week, and then you all get to vote below on which panel was your favorite! In next week’s post, we will announce the winner from the poll. Explore our favorite comics from 10/2/19. 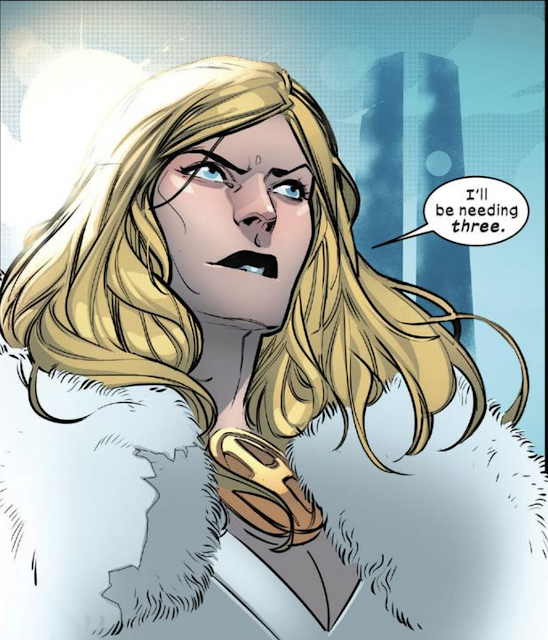 This had me laughing out loud! 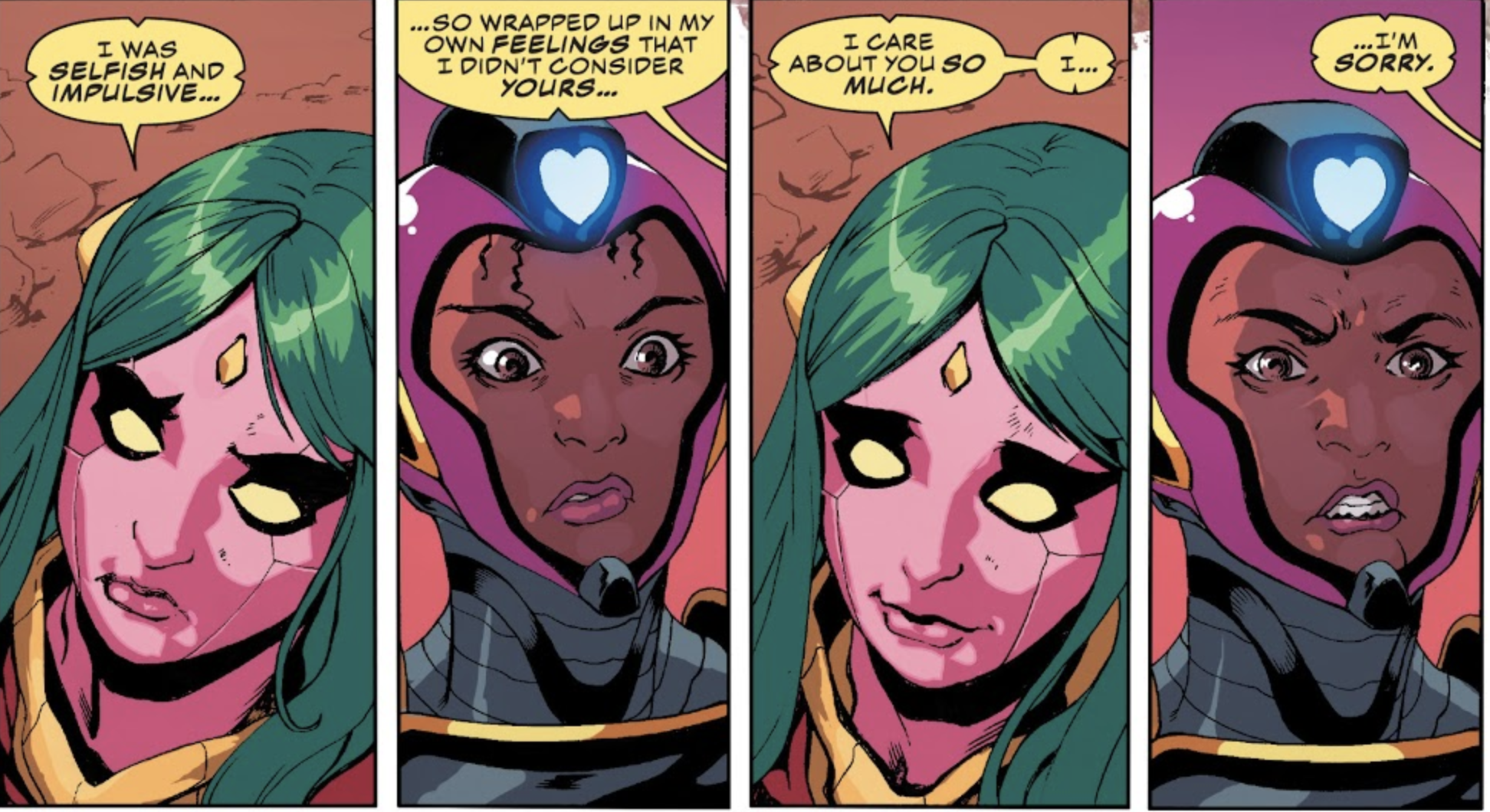 This had been building for awhile.

4. Absolute Carnage: The Immortal Hulk #1 – Maybe I Never Did 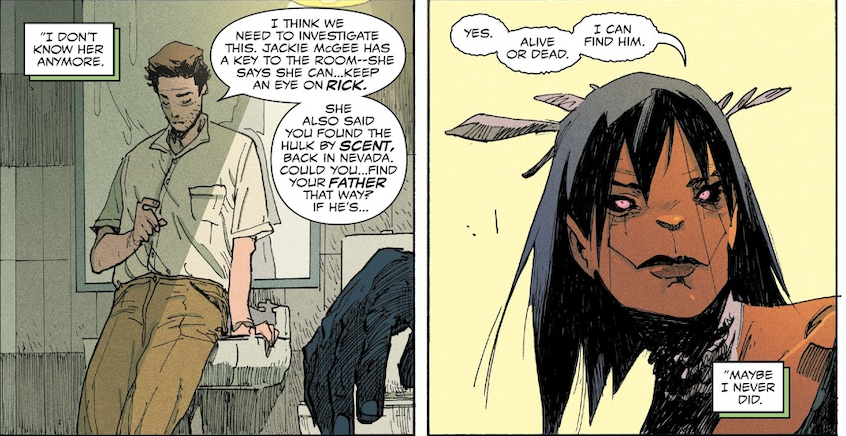 I love Bruce’e interior dialogue about his relationship with Betty. 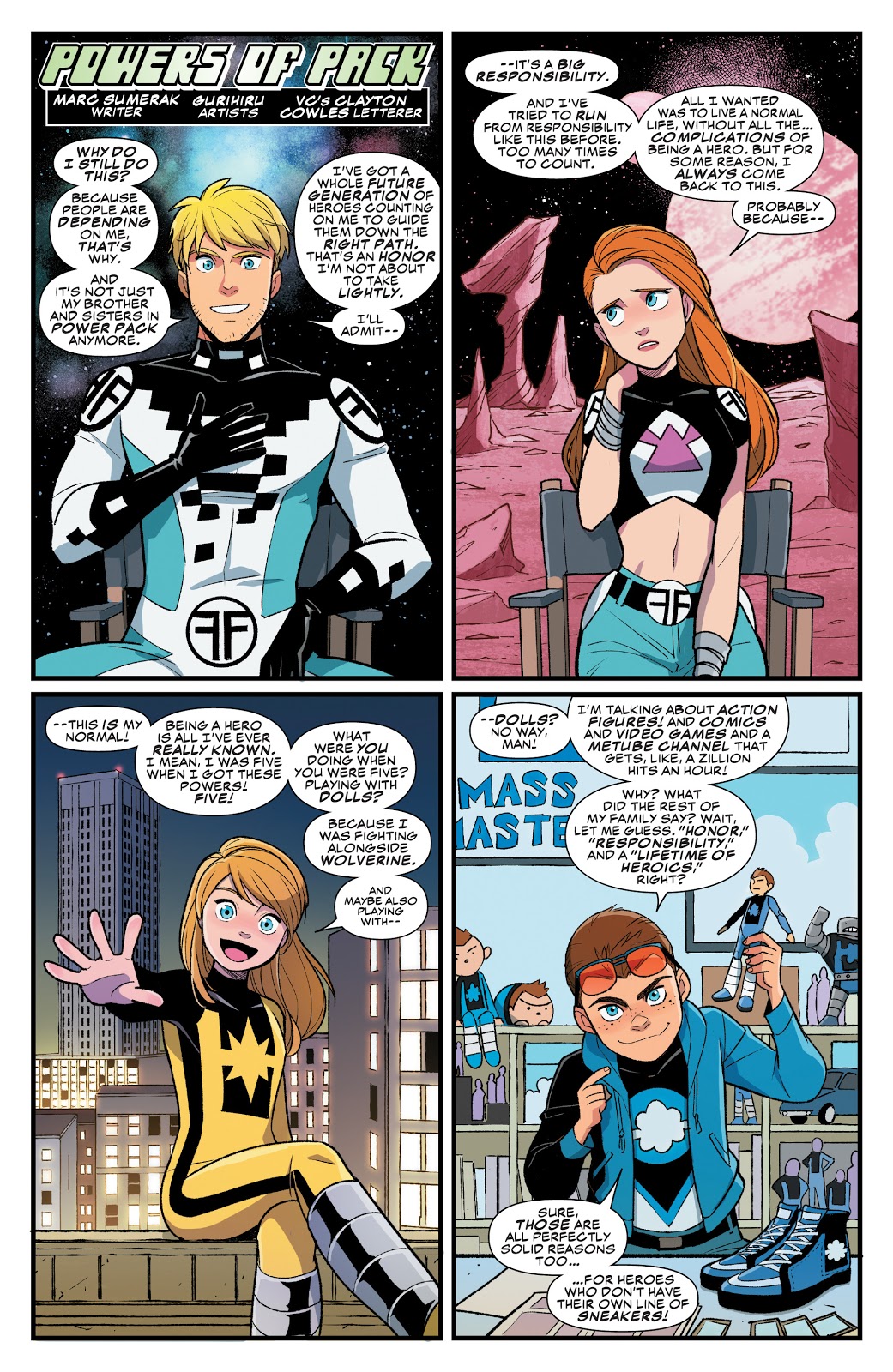 It’s been too long since we’ve seen the full Power Pack! I love how they finish each other’s sentences. 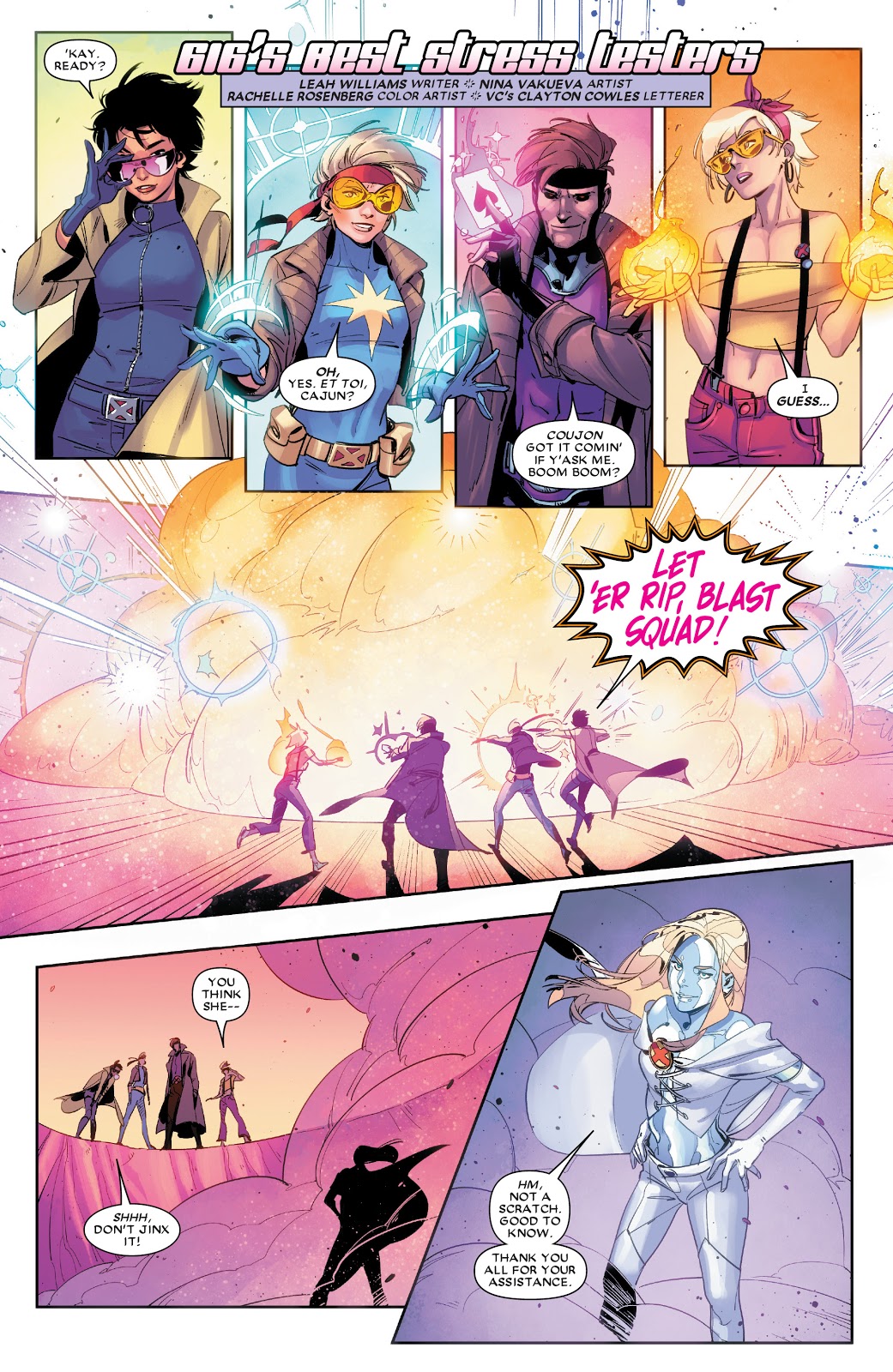 What a wonderful group of X-Men! 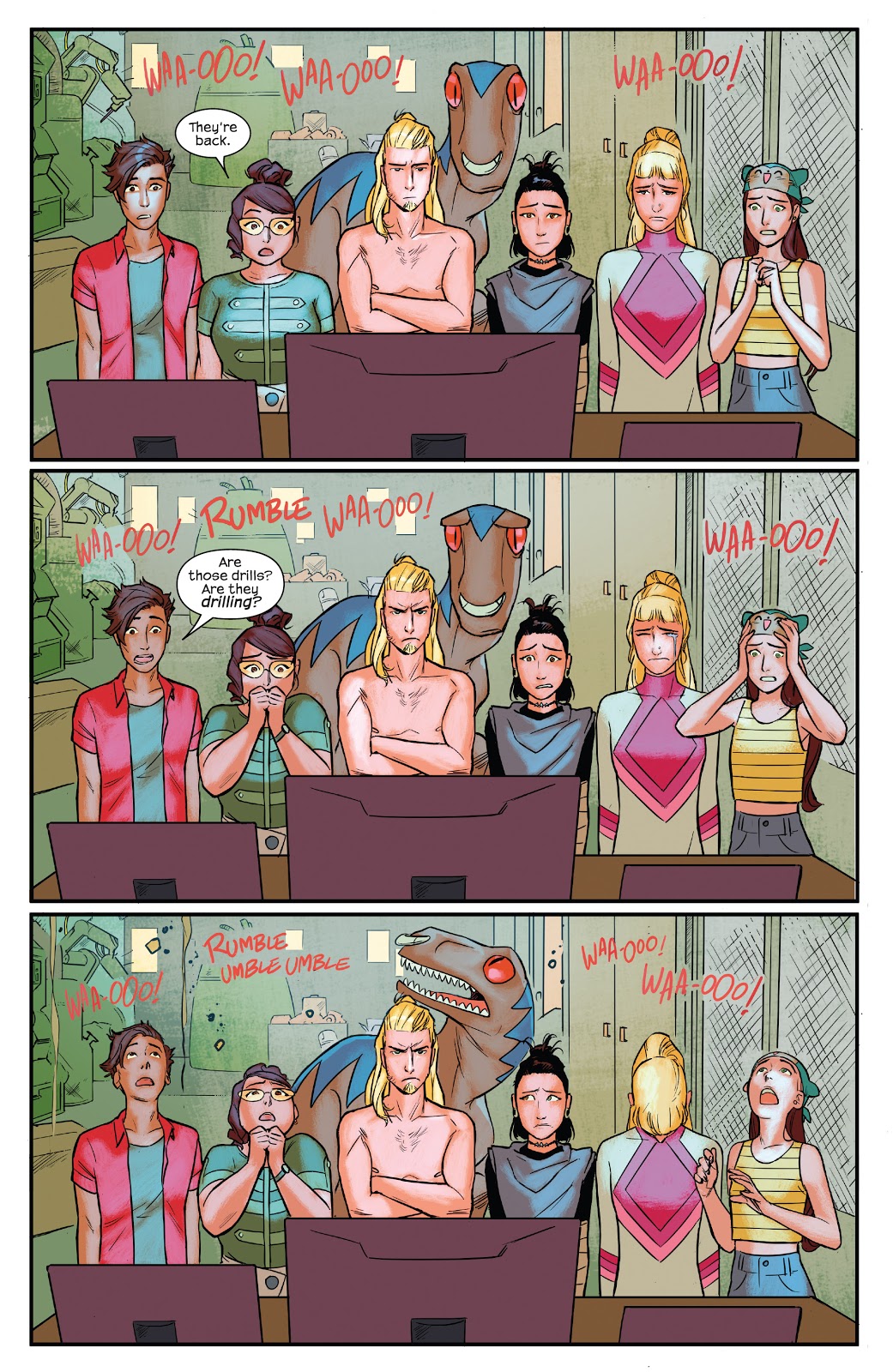 Poor Karolina! All she wanted to do was be a superhero and help people. 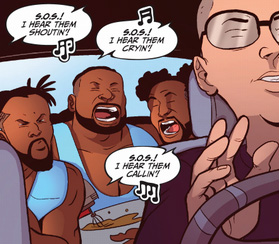 Kofi has a super fan and it’s hilarious! 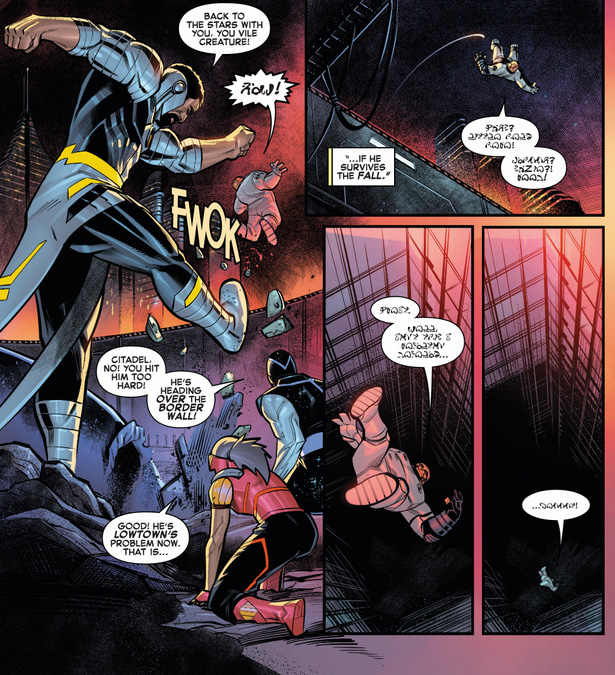 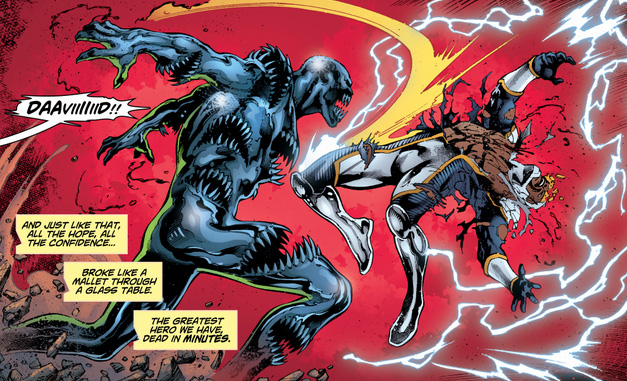 What a way to kick off the new series and event with basically this world’s Superman getting taken out! 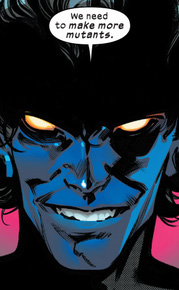 A nice counter to the classic “No More Mutants.” Great line, great placement. 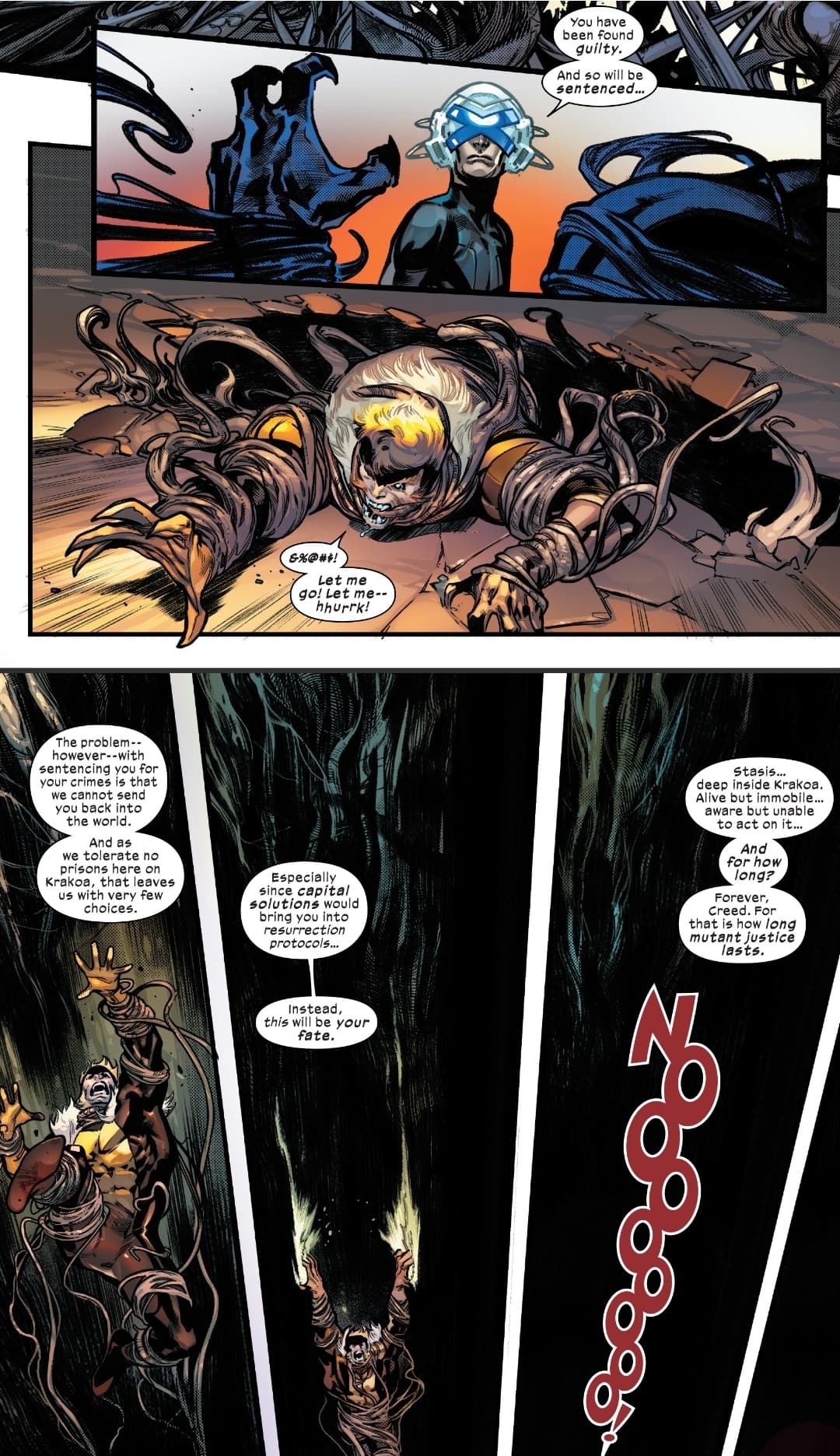 How could Professor Xavier send one of his own mutants to exile? Something just does not add up with his character, and when will we see Sabertooth again? 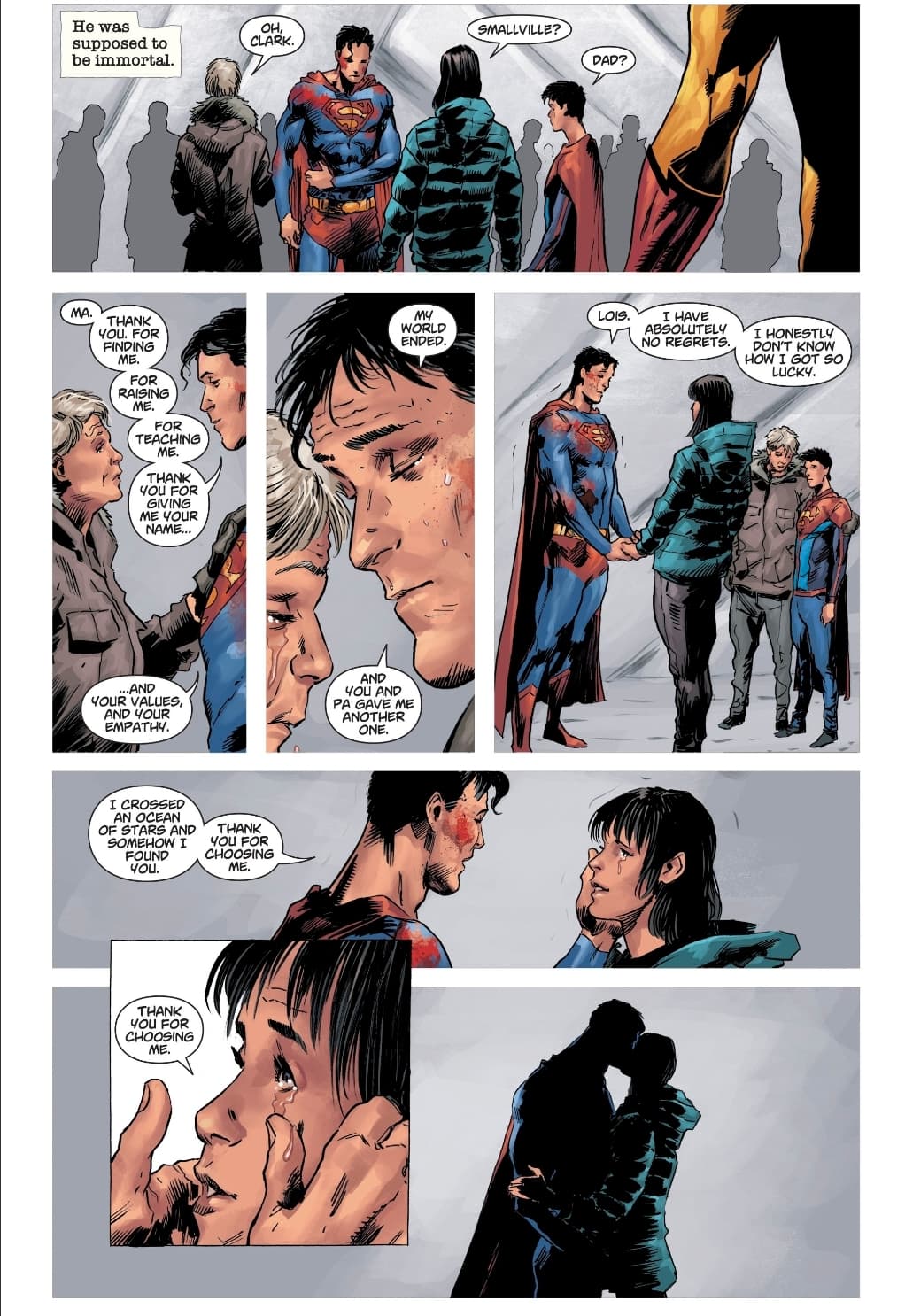 It was very heartbreaking seeing Clark say goodbye to Lois and his mother. 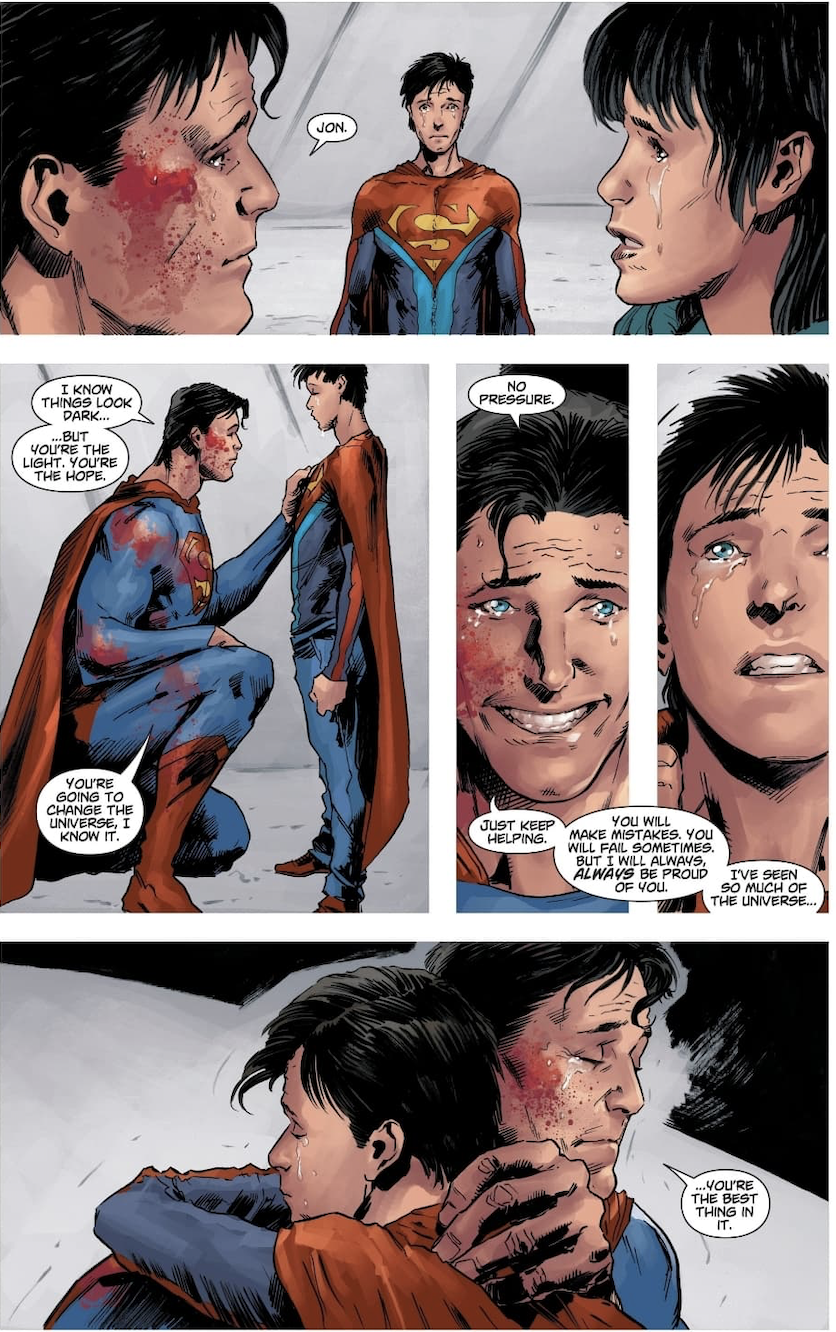 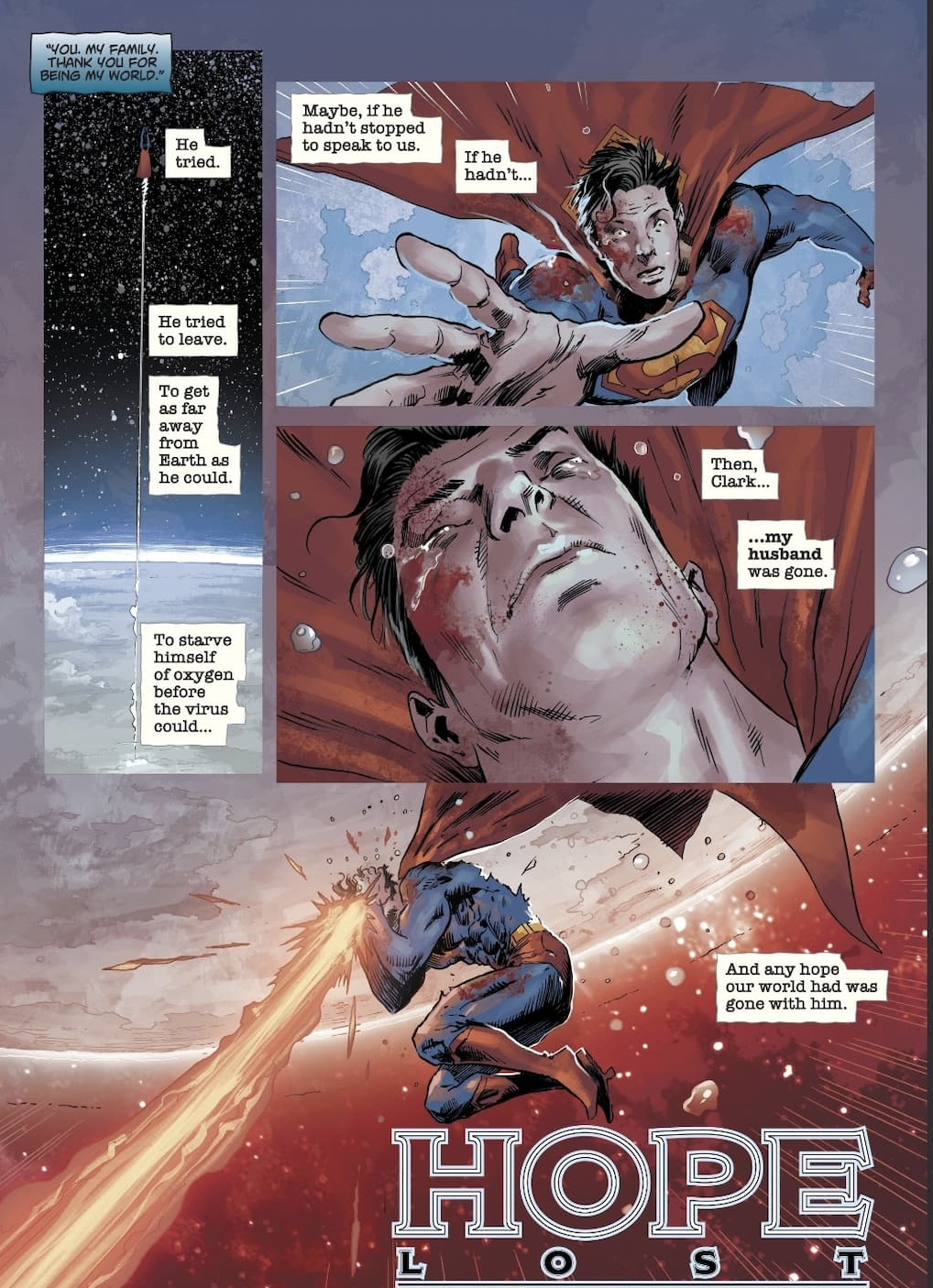 Just when you thought things could not get any worse for our heroes hope is truly lost when Superman succumbs to the infection and becomes a techno virus zombie himself. Watch out Earth. 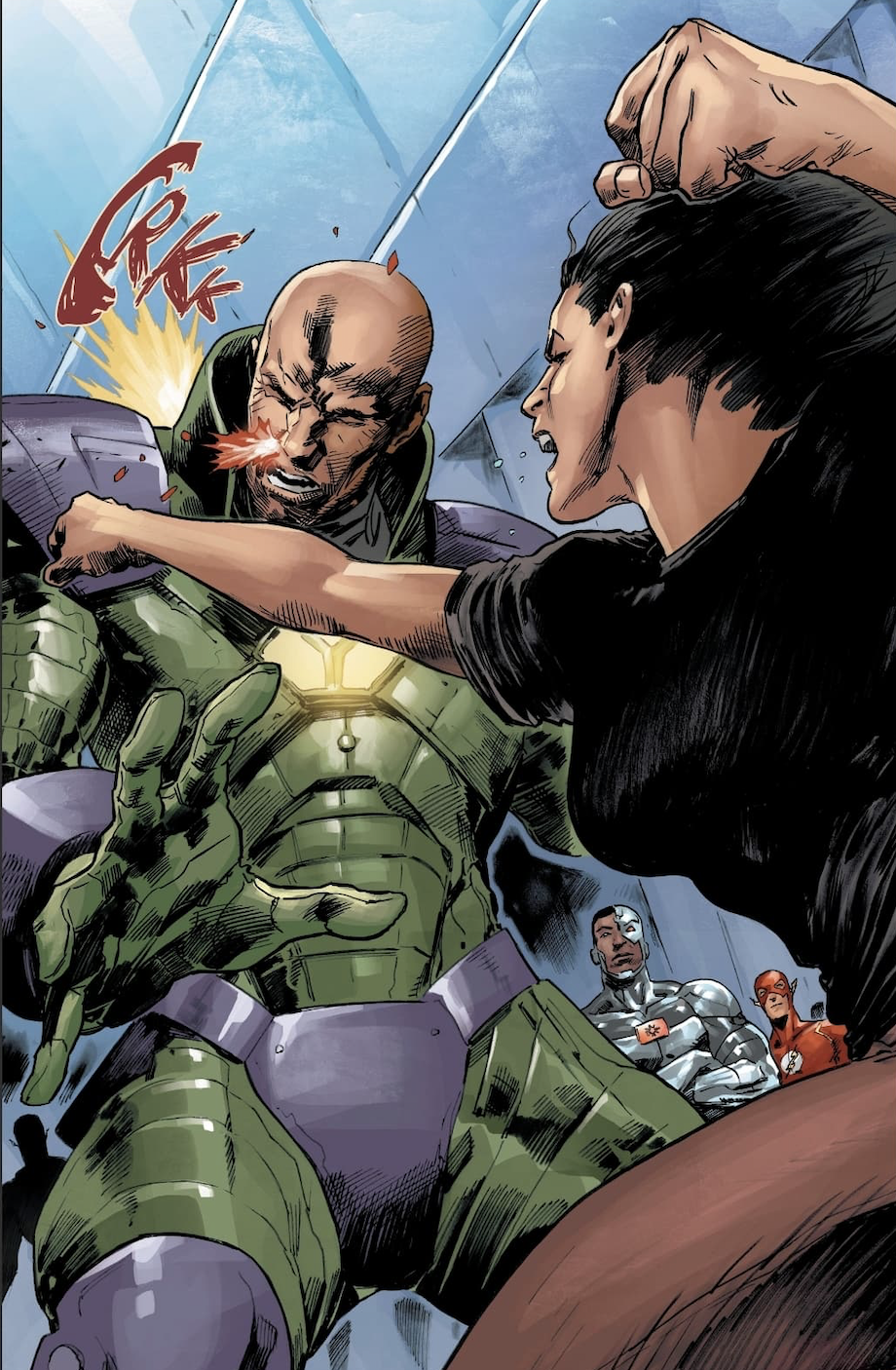 In a very dark issue, this was a great moment. Lois Lane punching Lex Luthor in the face was such a satisfying moment. Go Girl!!

1. DCeased #5 – Violence is Never the Answer 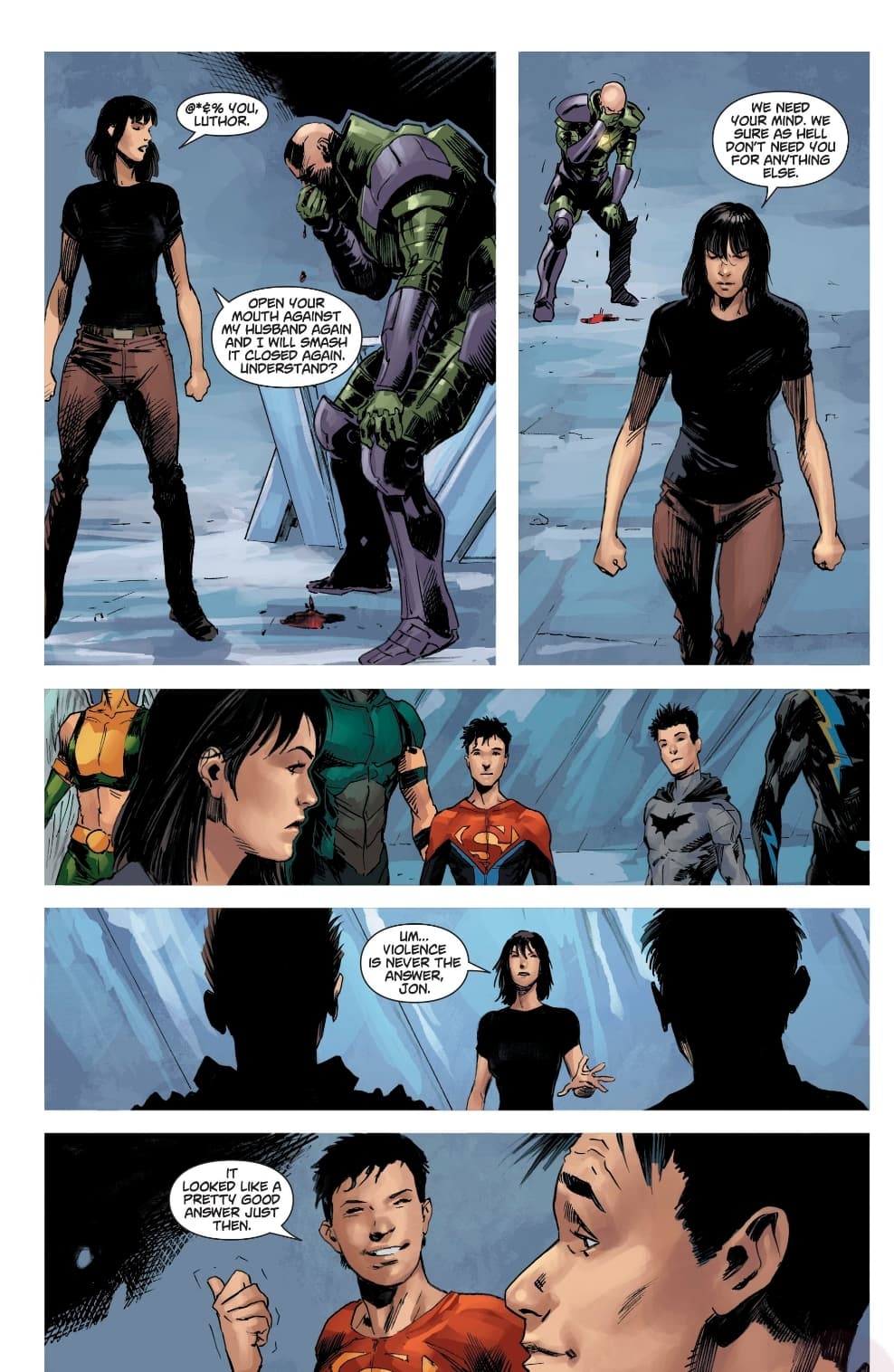 After Lois gives Lex Luthor the big F U, she tries to be a good mom and tell Jon  a life lesson that violence is not the answer LOL. I was totally dying.