Honorable Mention – Jane Foster: Valkyrie #4 – Did She Think I Was Hitting on Her 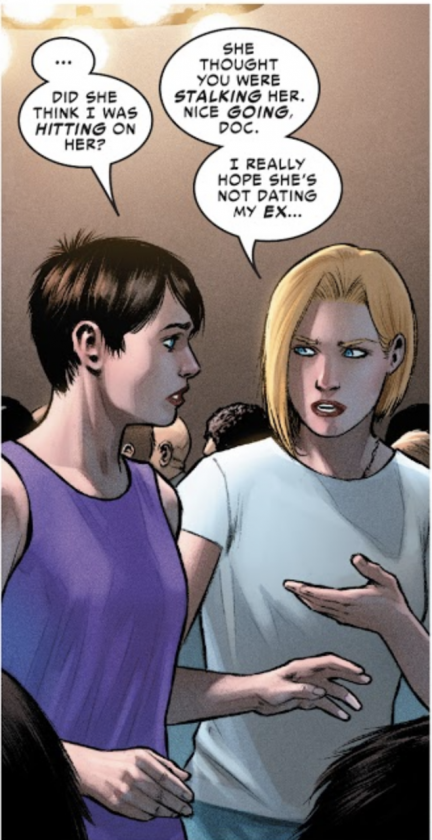 Not the right time to ask for coffee! 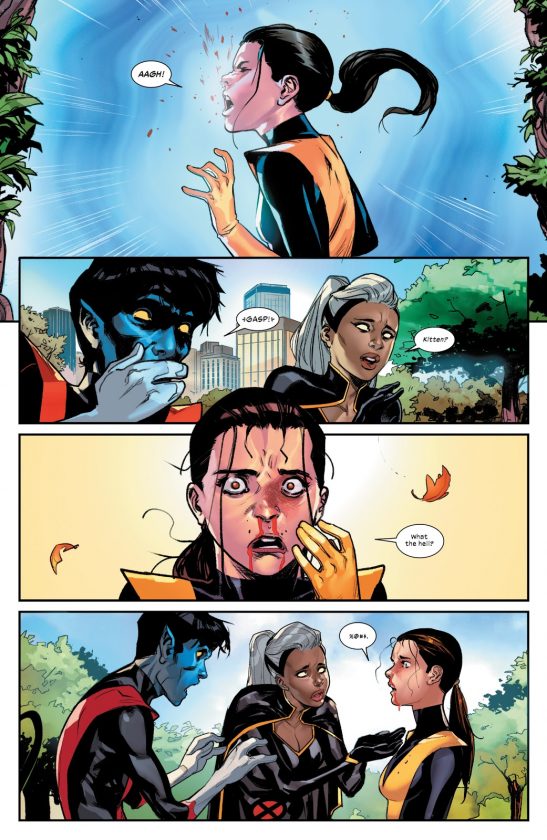 Kitty couldn’t phase through that embarrassment!

4. Batman Curse of the White Knight #4 – You’re A Fighter 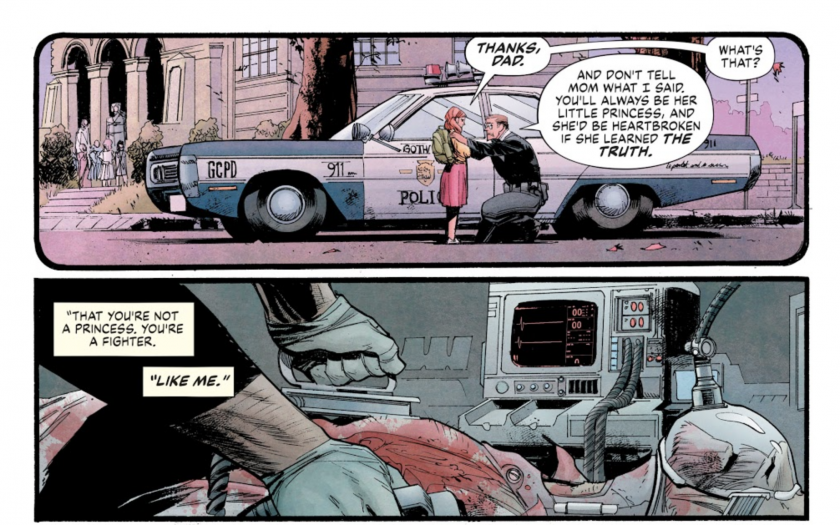 This line beautifully sets up for the rest of Babs’ motives. 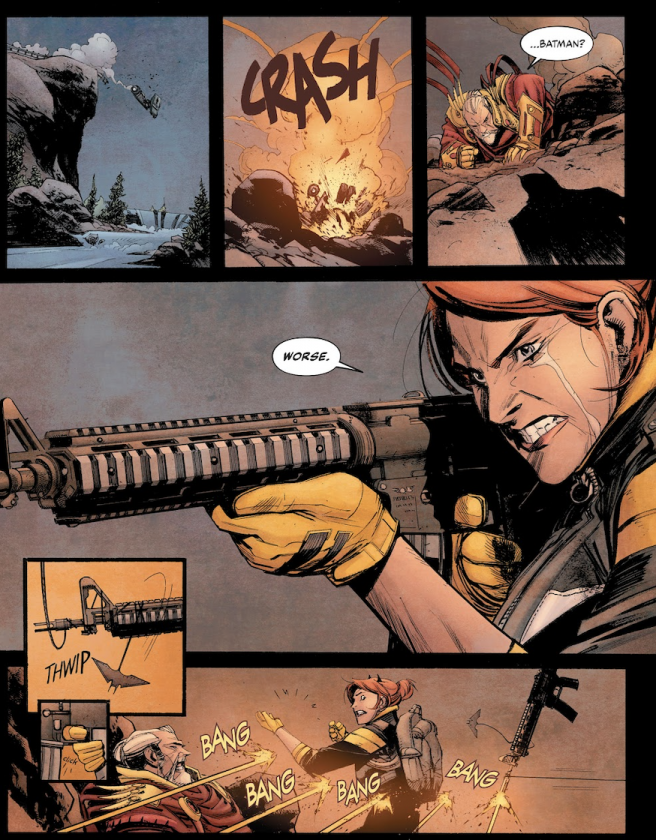 Barbara was ready to kill!

Gwen learns the consequences of having a life on two earths the hard way. I really like how Gwen and Bodega Bandit’s dynamic is played here. 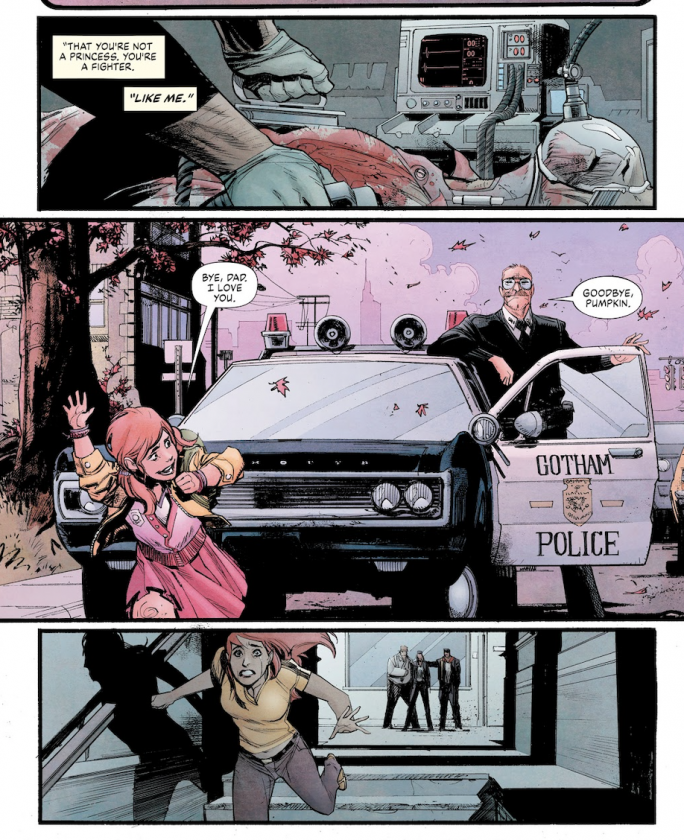 The moment Jim passes away. I love how Sean Murphy intercut Jim’s death with this memory between the father/daughter dynamic.

Why is it always Betty Rubble? I probably had those dreams too at some point… Lol

I love Jane’s winged horse. Much better than those posh ponies from THAT Asgard!

Too funny and so true!

Gwen is this torn up over the injuries of an enemy. Speaks volumes of her character.

Just a fun and loving scene. 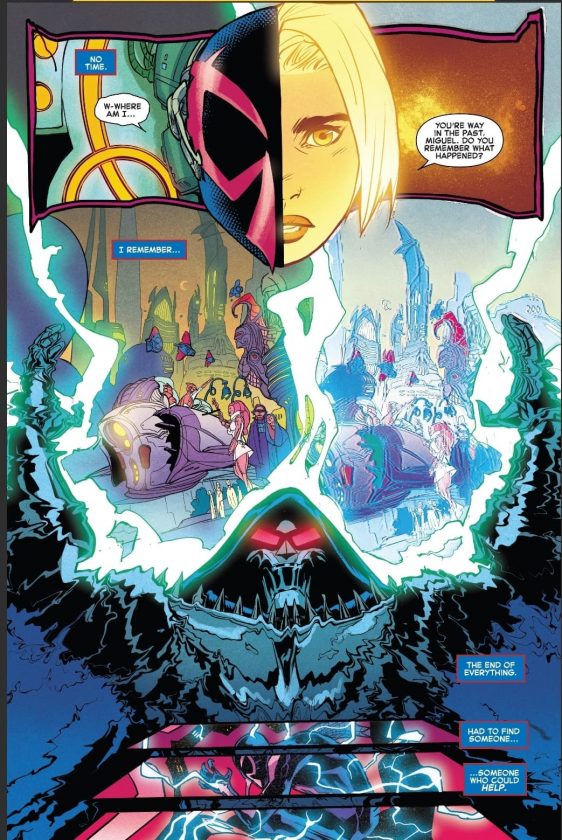 Something is very wrong in the 2099 universe. 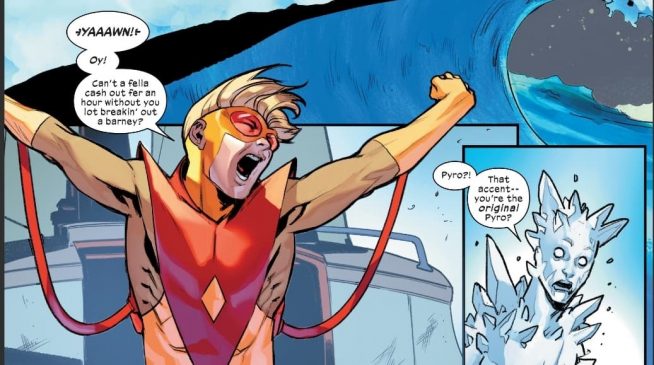 Having the original Pyro back is pretty cool and this panel is funny because he’s a stowaway.

I cannot believe that they brought back Bunny Robo Batman from The New 52 for this issue.

2. Batman: Curse of the White Knight #4 – Are You Going to Arrest Him? 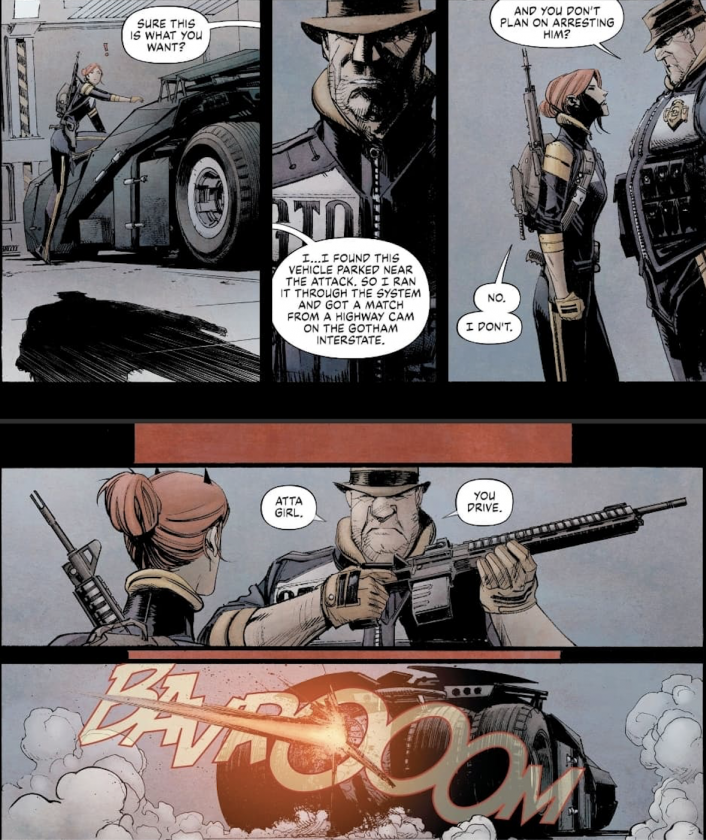 Barbara teaming up with Harvey to get vengeance on her father’s death is very fitting. 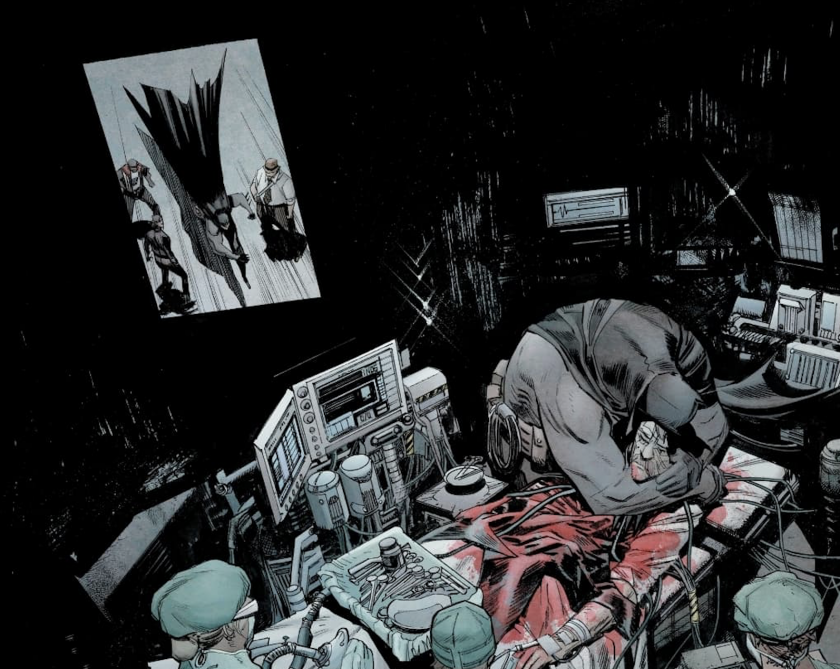 Words cannot describe how impactful this scene really is.