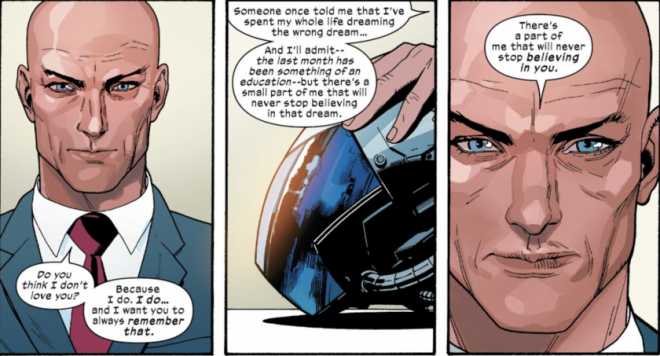 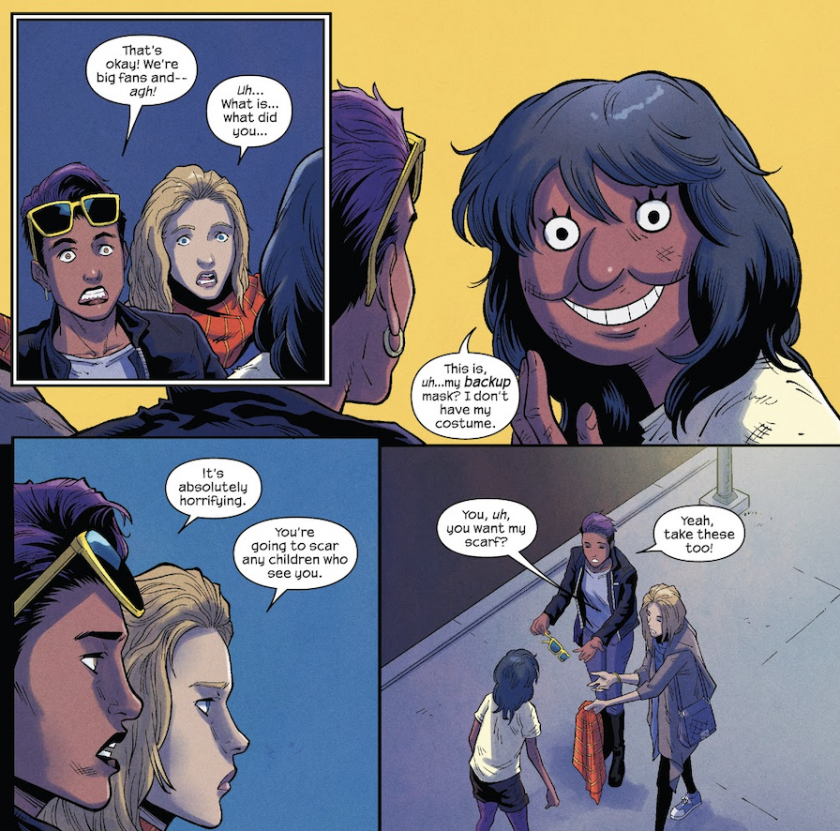 This is the funniest sequence of the series thus far, and I like how the pair of Jersey City citizens help out Ms. Marvel with no hesitation.

She knows the role well. 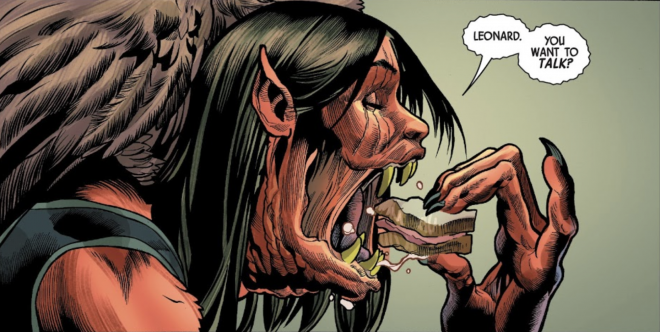 I love the slow pacing of this whole scene and how Betty’s connection to Bruce activates her monster within. 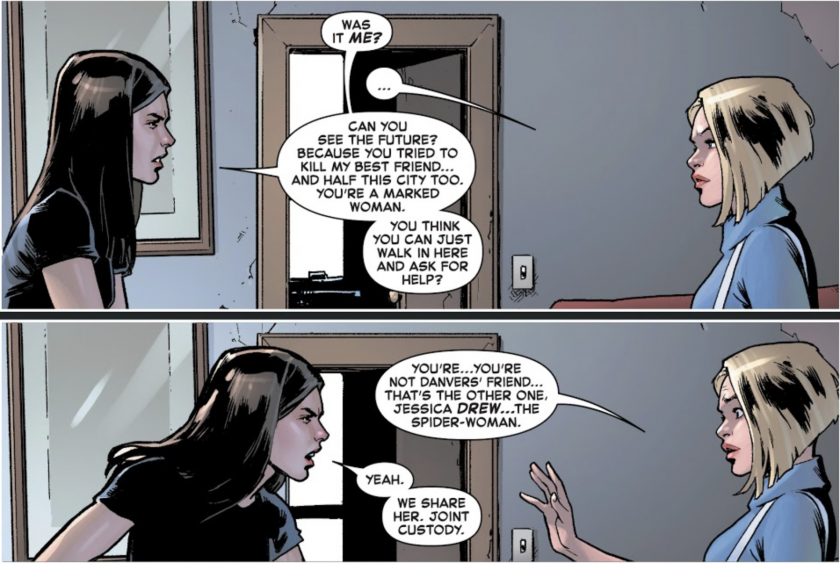 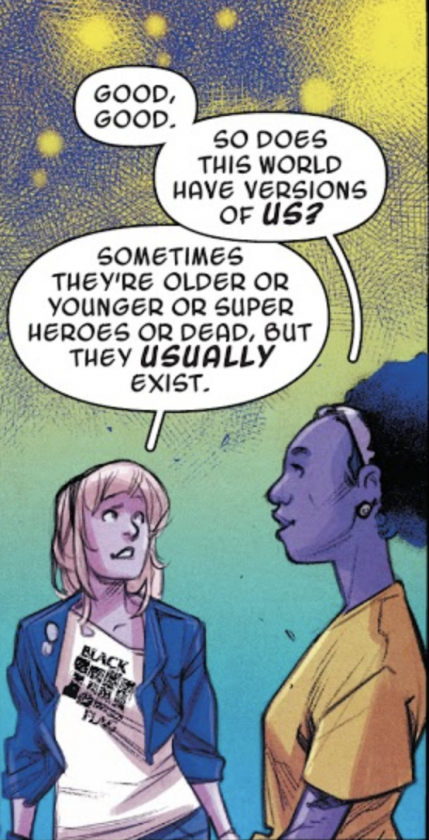 A good way to describe the complications of multiverses. 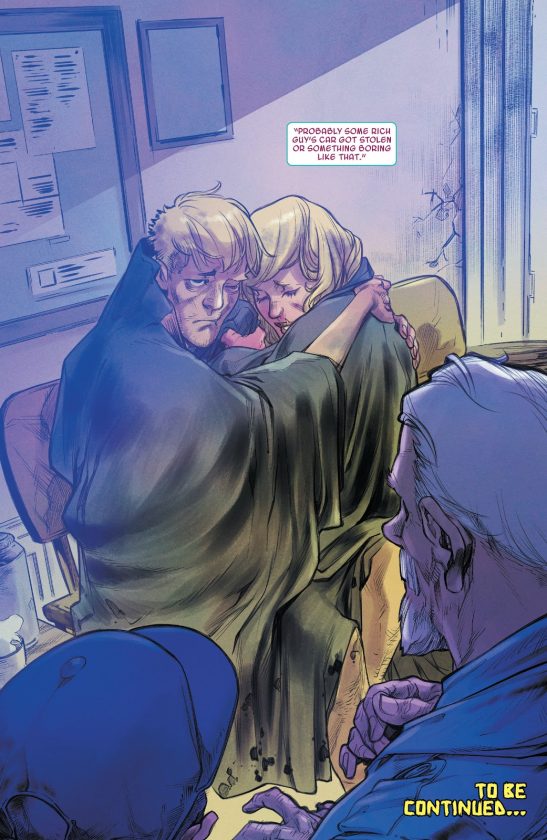 I can’t wait to see what this versions Sue and Johnny will bring to Spider-Gwen’s world! 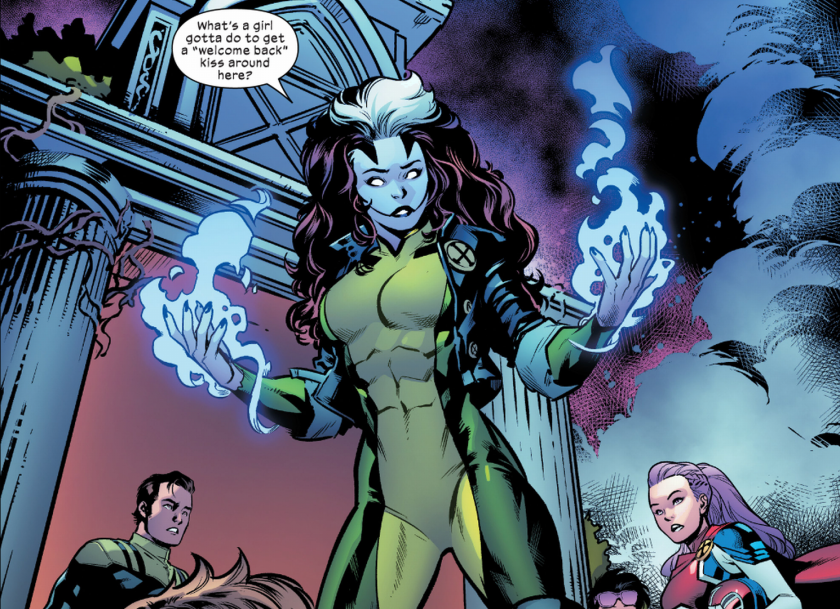 One of a couple of last page reveals that were pretty interesting. Rogue with Apocalypse’s powers makes for a very volatile combo!

Funny to see the drug awareness commercial played into here with a more just thing she learned from her father, but he’s still not cool with it. Had to chuckle at the nod.

4. Star #1 – The Other Jessica/Joint Custody

I love the joint custody line. This whole scene was so well done! 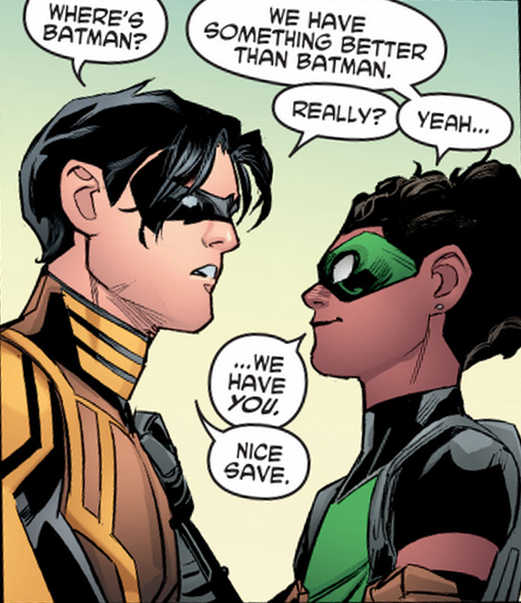 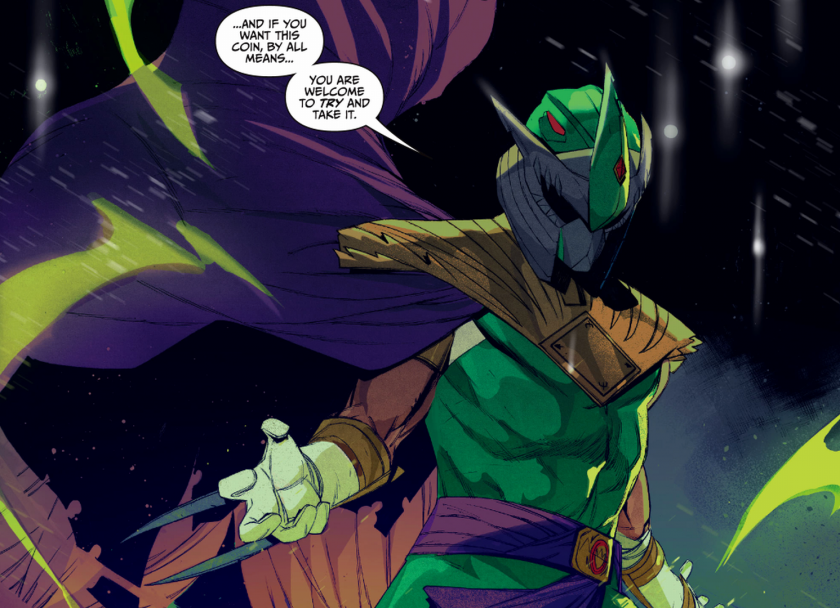 Talk about a last page reveal! The Shredder as the Green Ranger?! That’s a dangerous combination to be sure! 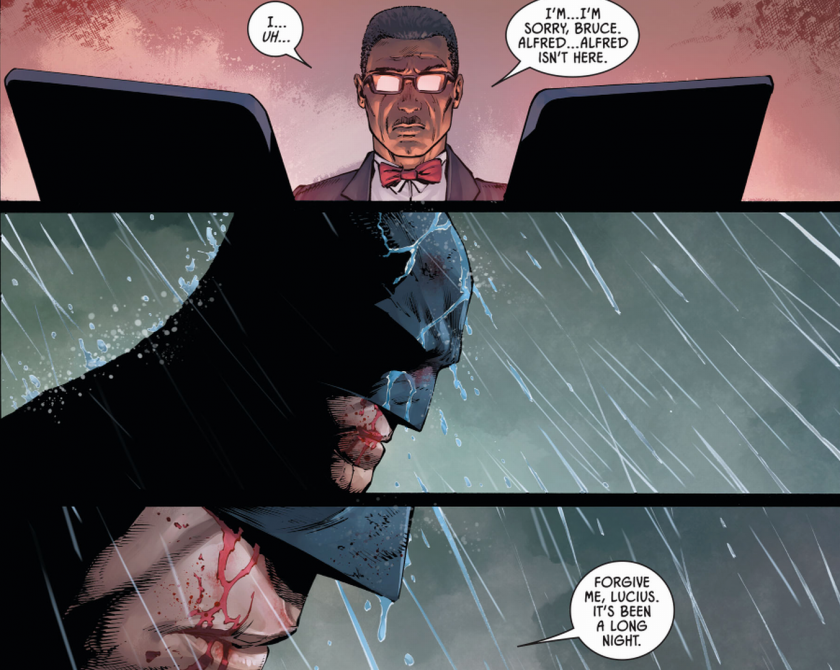 Oh man, that slip of the tongue, the silent realization… such a powerful scene! 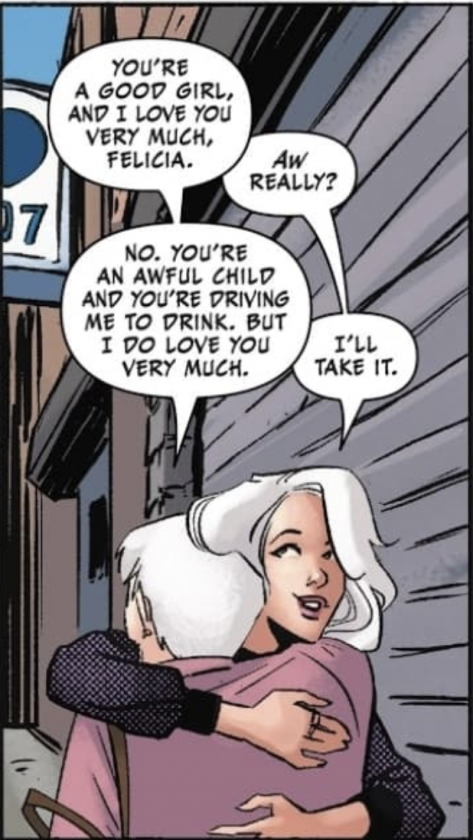 A really funny moment between Felicia and her mom – something you don’t get to see too often. 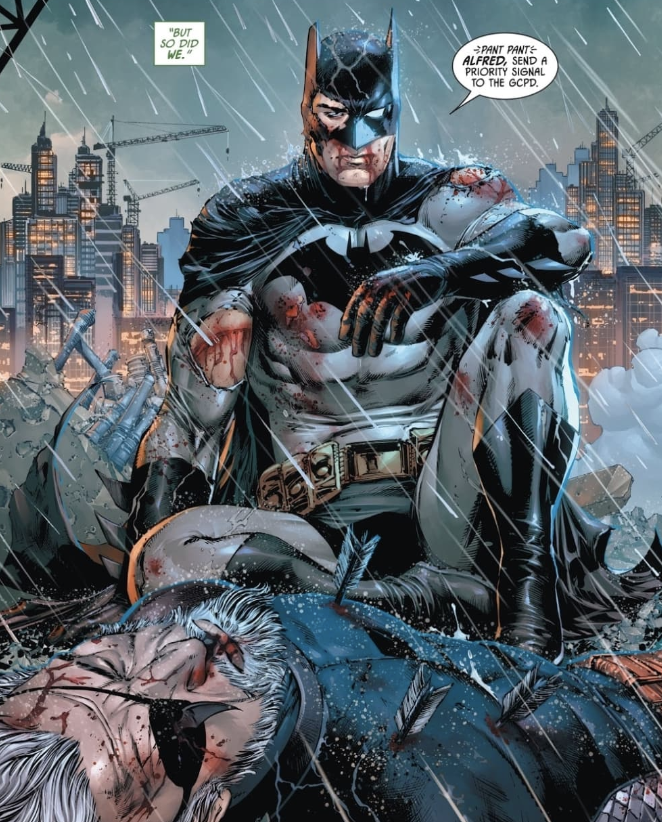 Batman is so used to Alfred being on the other side he totally forgot Lucius Fox took his place. How awkward for Lucius. 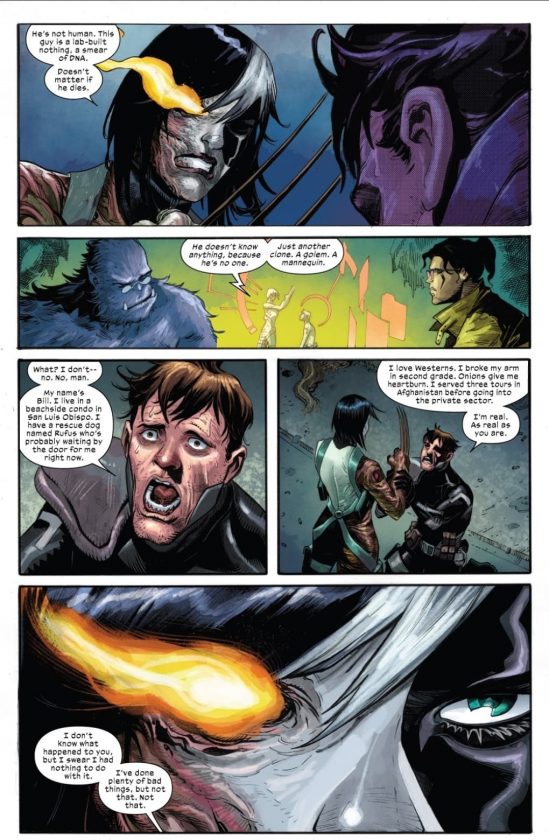 I was on the edge of my seat waiting to see if Domino was going to kill this guy. I actually felt sorry for him as he was pleading for his life. This was kind of a Star Wars moment. What do you choose light or dark? 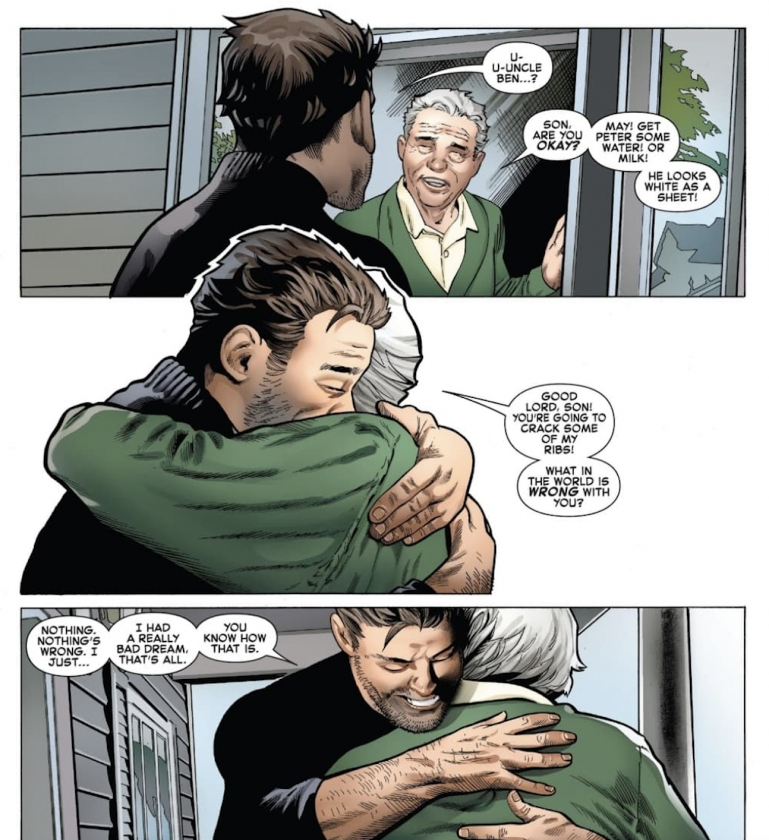 In this reality, I truly did not see coming – Peter reuniting with Uncle Ben. 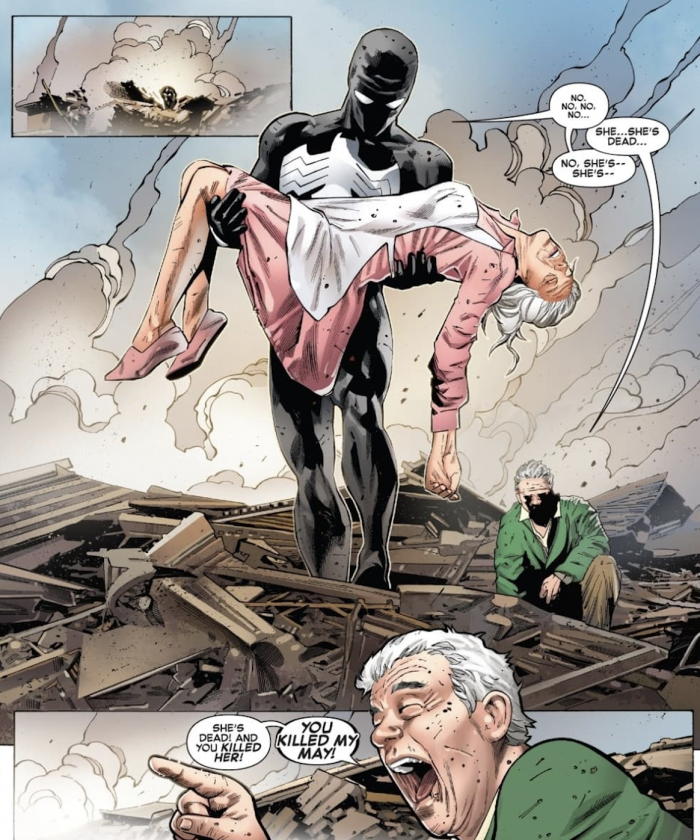 So just when everything is great and Peter meets up with Uncle Ben – everything is destroyed and this time May is the one that is killed. To make it worse Ben knows Peter is Spider-Man. This book really toyed with your emotions.