5. Marauders #7 – Invited to the Surface World 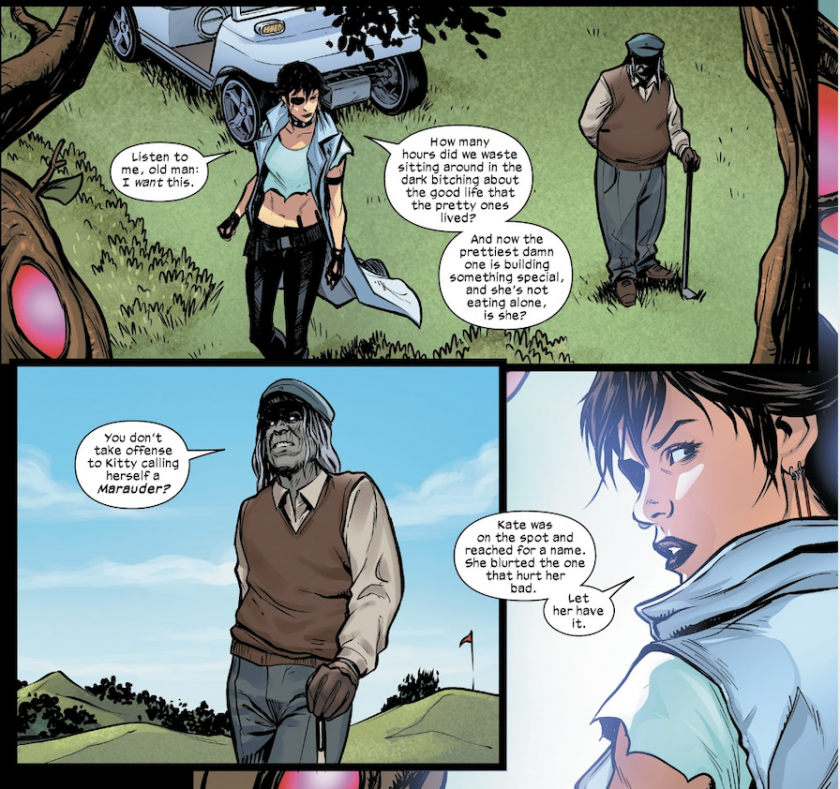 I really like how Duggan is really showing every side of the X-Men and how they are being affect by Krakoa.

Did Reed subconsciously not want to help his family?

Scott learning a thing or 2 from Cap! 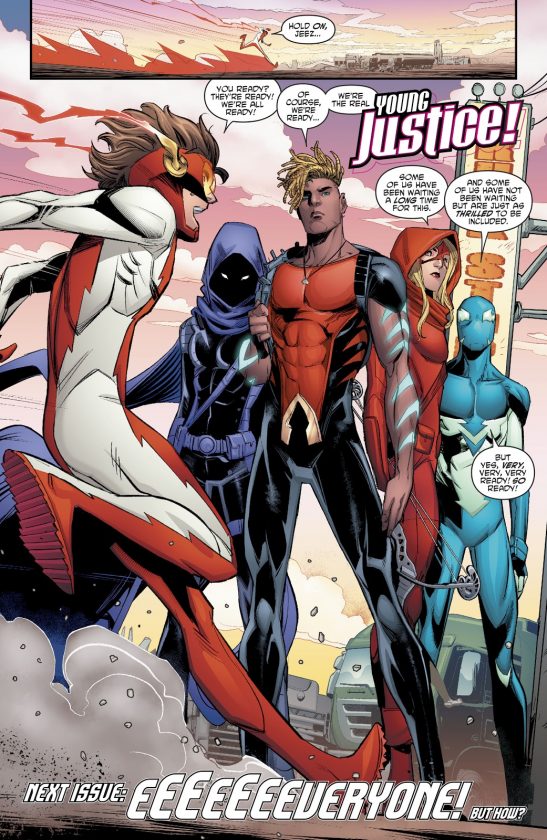 A lot of my favs in that group! 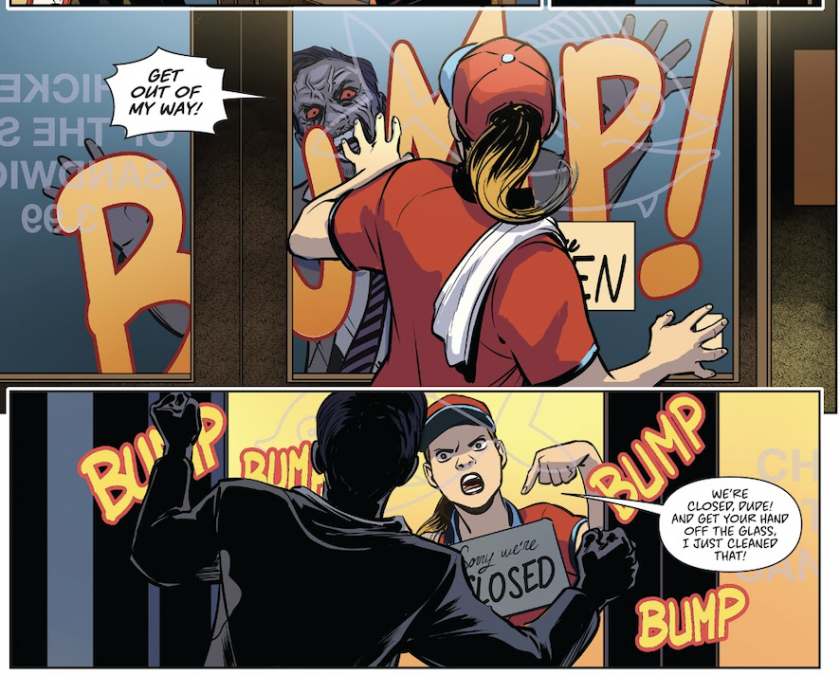 This is the very reason I love Cordy, she will stare a demon in the face and worry more about the window she just cleaned getting dirty. 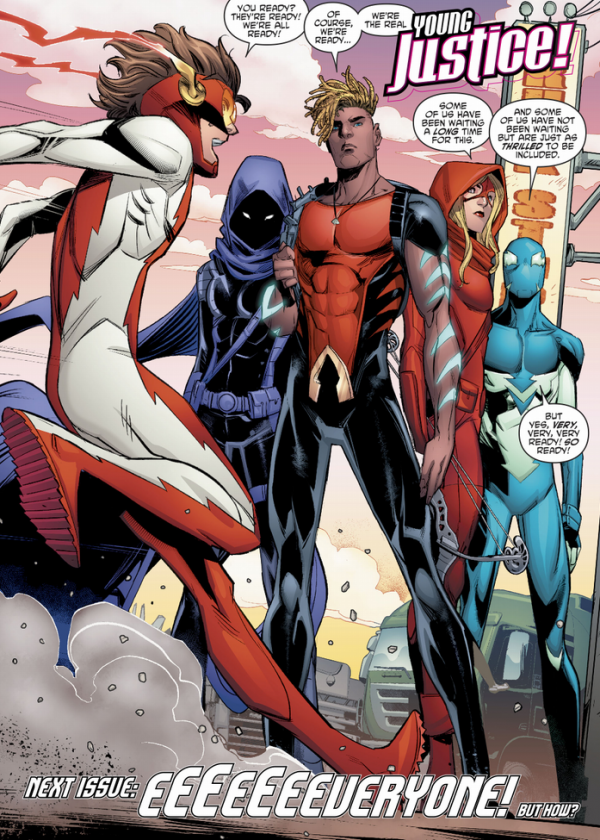 While it’s cool to see the entire team together, my favorite part about this panel are Arrowette and Sideways’ lines. They are both speaking for the fans here in my opinion. 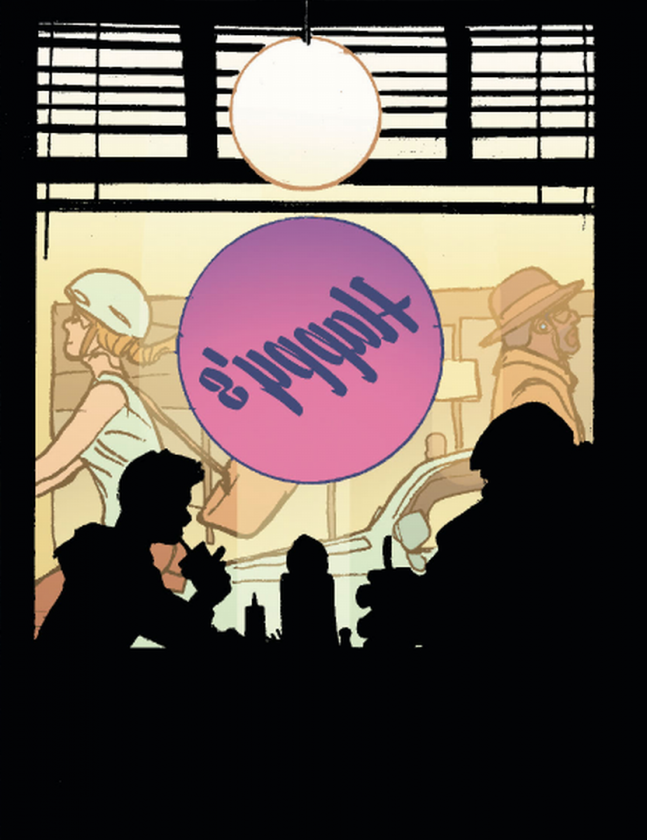 This scene comes after Franklin says to Ben that with all Reed’s smarts, the two things he can’t solve are how to fix either of them. It’s a heavy moment that hits Ben square in the heart and makes him take a beat. Given what happens later in the issue, there seems to be a kernel of truth in it too! 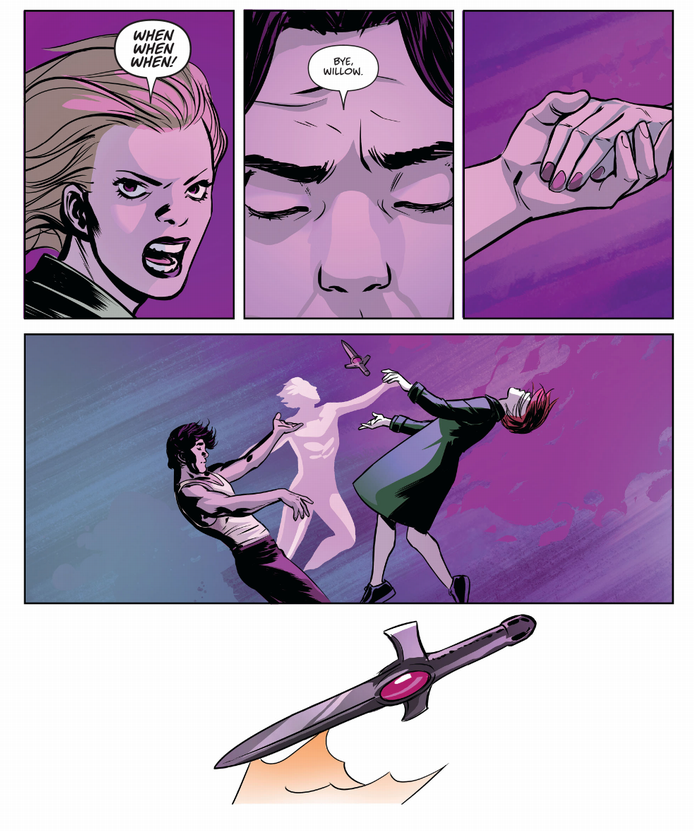 2. TMNT/Mighty Morphin Power Rangers #3 – Do We Get to Pick Out Color? 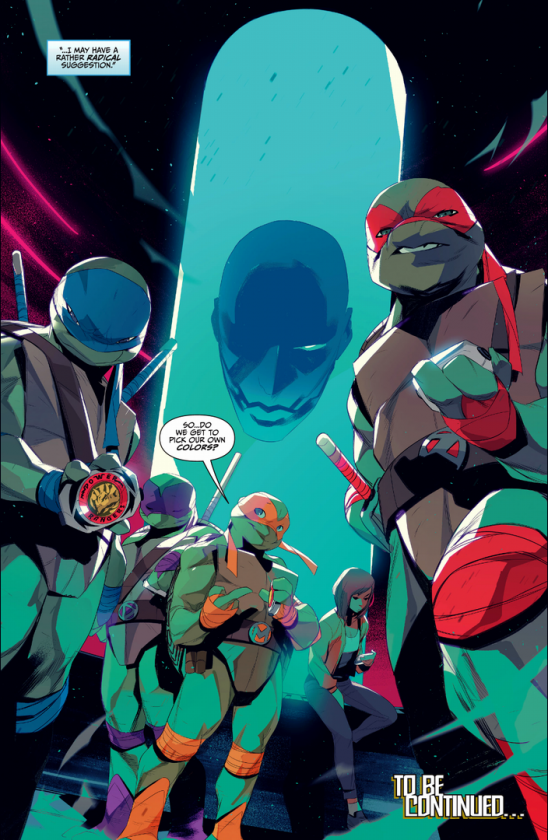 I’m a TMNT fan, not so much a Power Rangers fan, but man, this is a geek out moment if I ever saw one! 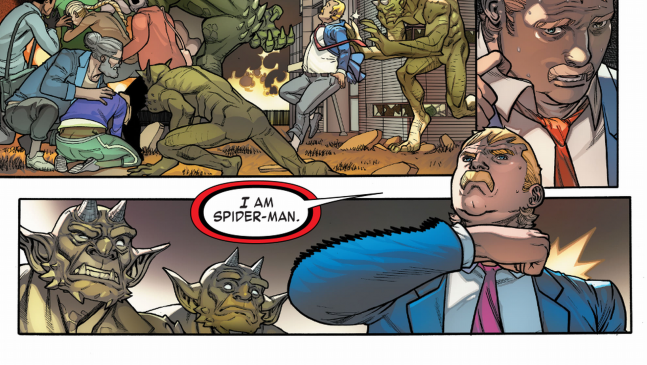 Dutcher finds Mile’s journal, but does he out him? No! He has his very own Spartacus moment, and it’s glorious! What makes the scene even cooler are the looks on both Goblinoids’ faces. One is suspicious with that glare, and the other is like “huh.”

5. TMNT/Mighty Morphin Power Rangers #3 – Do We Get to Pick Out Color? 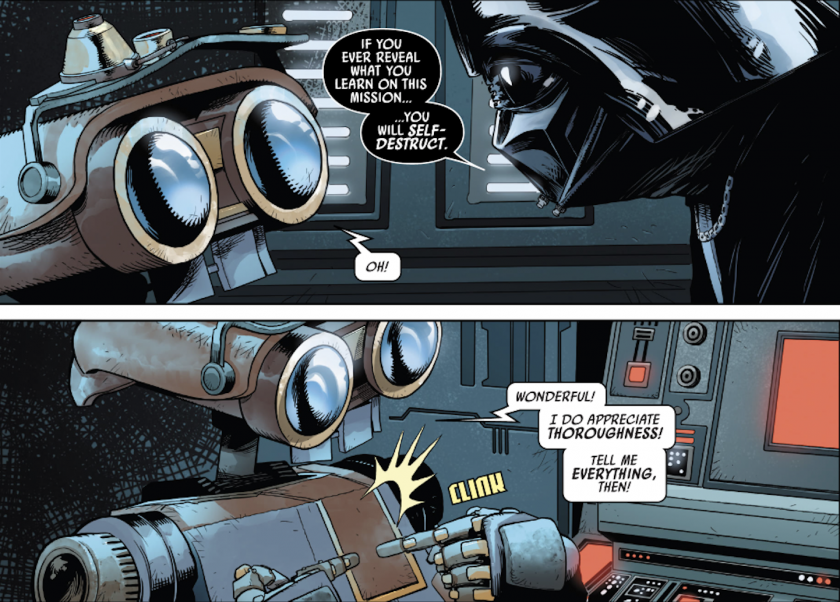 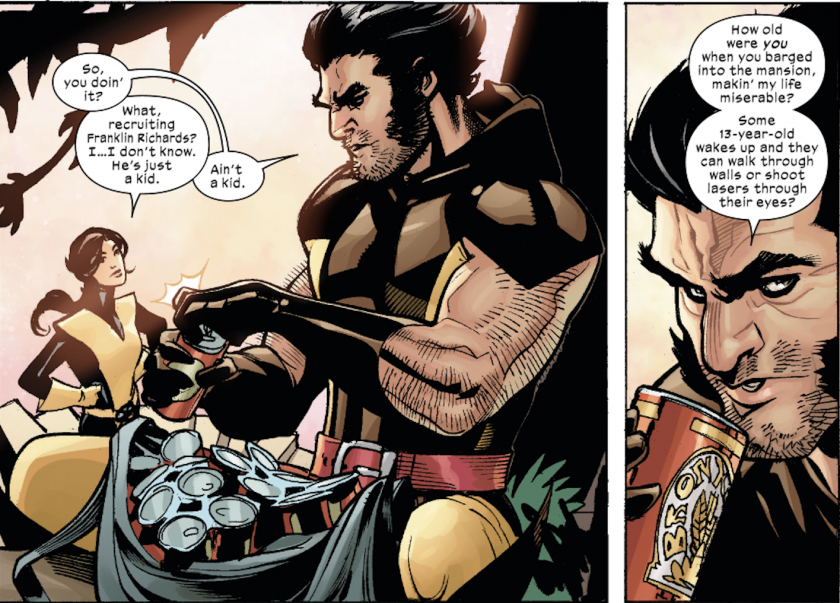 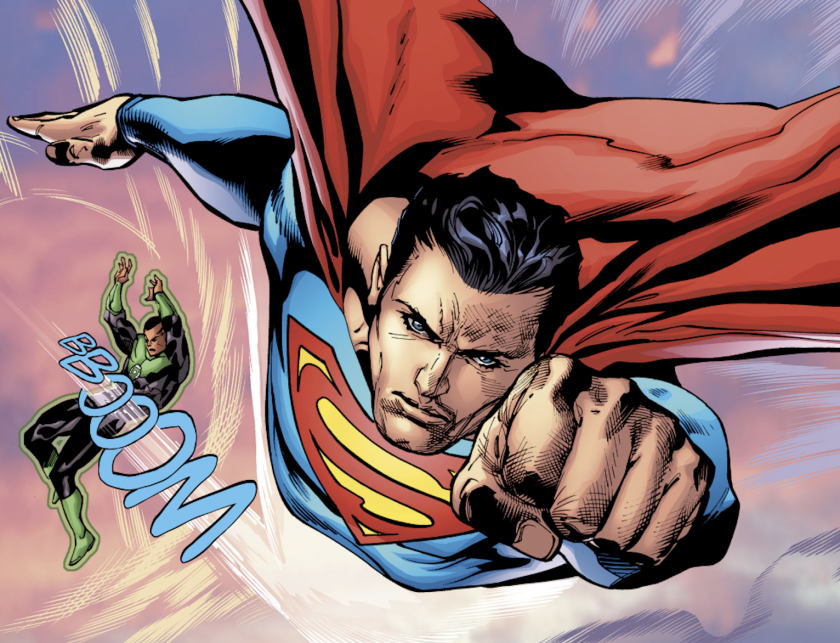 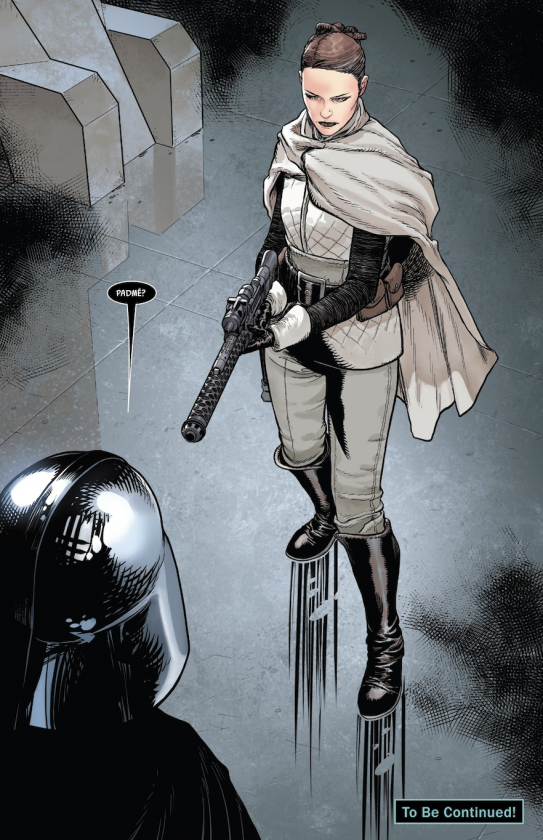 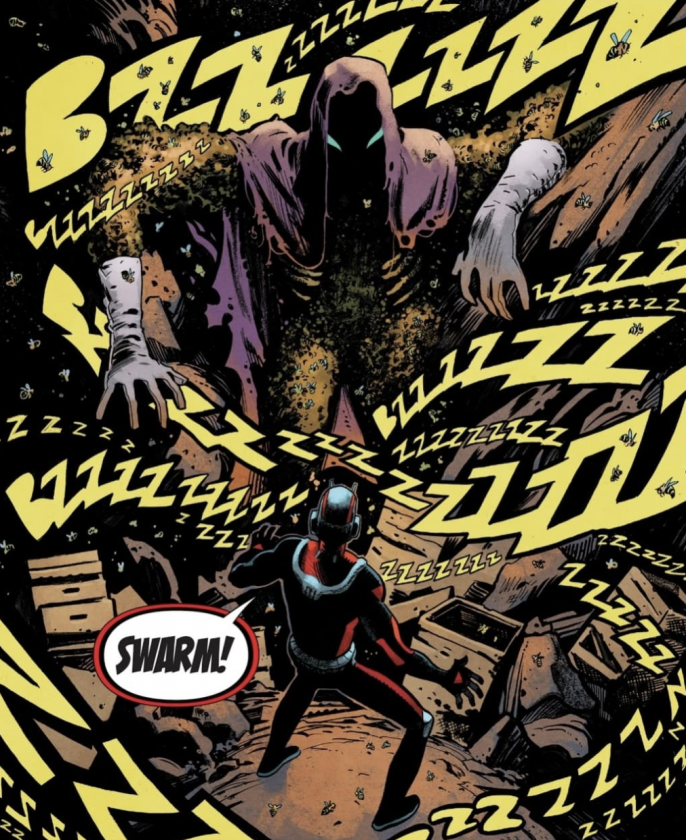 Not going to lie I always geek out when I see Swarm, reminds me of Spider-Man and his Amazing Friends. 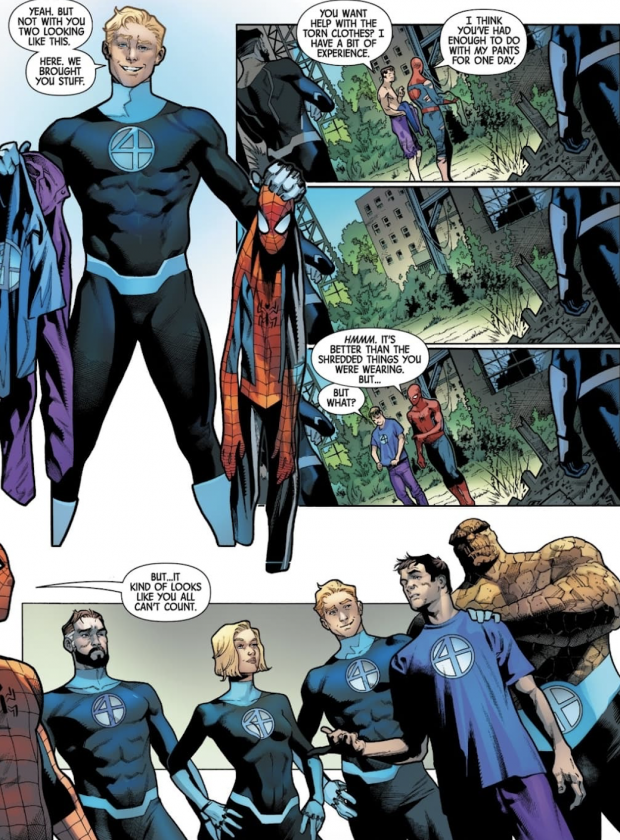 Love how Spider-Man doesn’t care about Bruce having clothes to wear but worrying more about the Fantastic Four not being able to count. 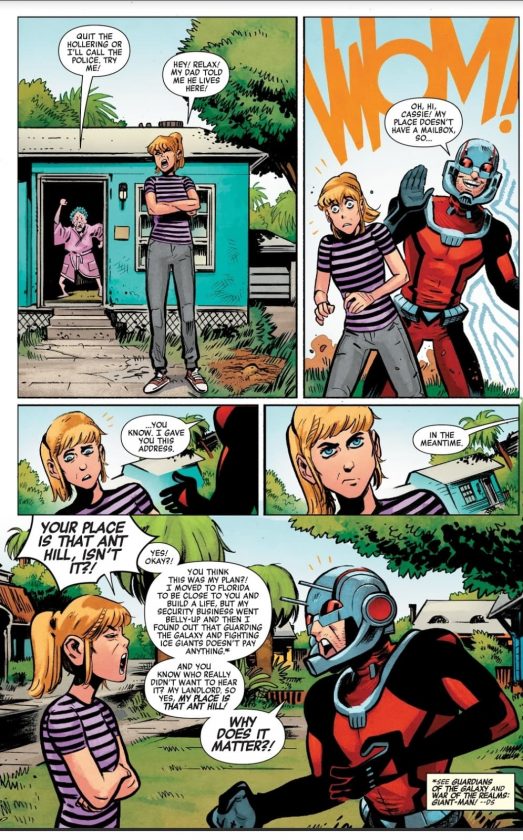 This scene had me cracking up, Ant-Man living in an Ant Hill! There is nothing wrong with that right? 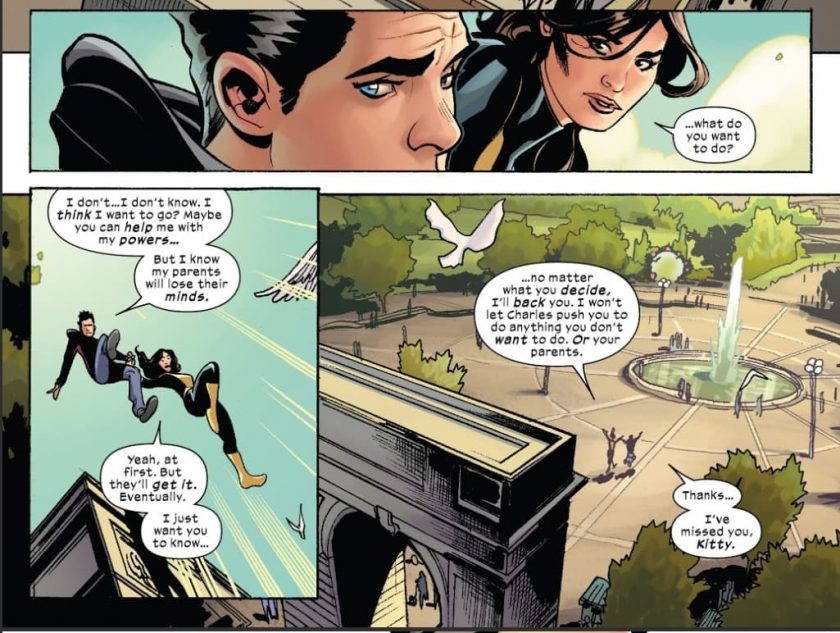 Really enjoyed how Kitty took Franklin off to the side and had a heart-to-heart with him and really is there to support him in what he wants.

WHAT IS THIS?? There is no way Padme can be alive. Could this all be in Vader’s head?

Check out this beautiful print featuring Mad Hatter from http://CuriouserComic.com and the guys from @wallred 's Crossover Division! Want it? Back both! https://twitter.com/LastEmberPress/status/1542615129094766594

Excited to announce another cool team-up, this time with @wallred 's Crossover Division! Back both Curiouser and Crossover Division to get this gorgeous print by @marcodefillo and @SheWritesComics ! Details here:

Following the discourse about Jon Kent and Tim Drake's bisexuality, @PhilFalcoWrites, @Moy_R_, and @charliekirchoff have crafted a powerful story that tackles these comments head on as a superhero comes to life to talk to a comic book reader.