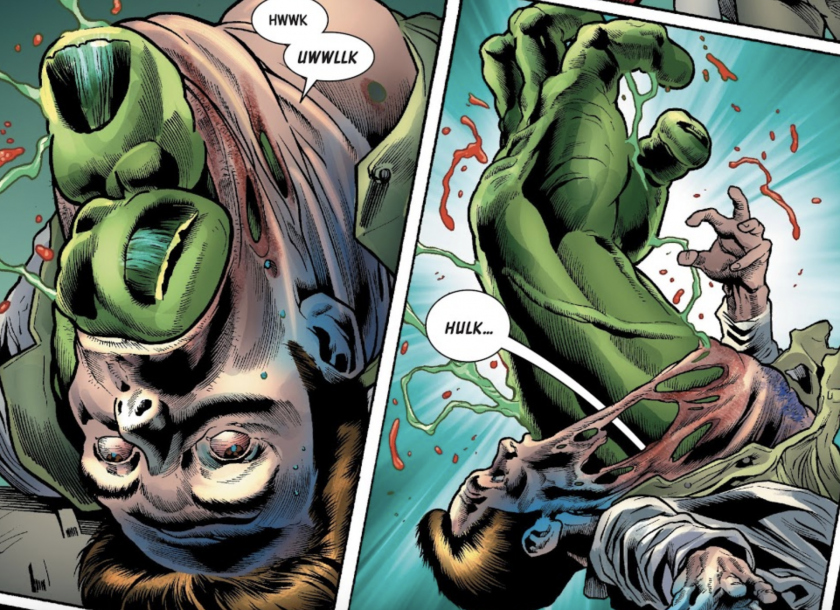 One of the series’ creepiest transformations! 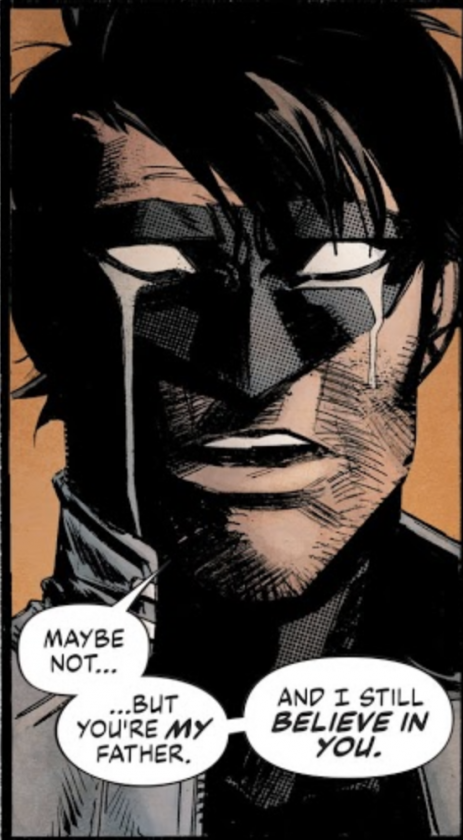 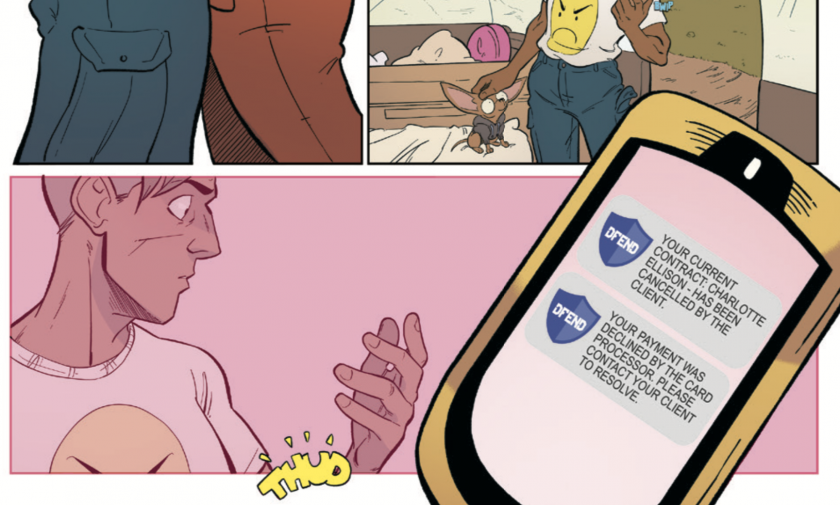 What a cliffhanger! Charlie cuts ties with Vita and DOESN’T EVEN PAY HER! 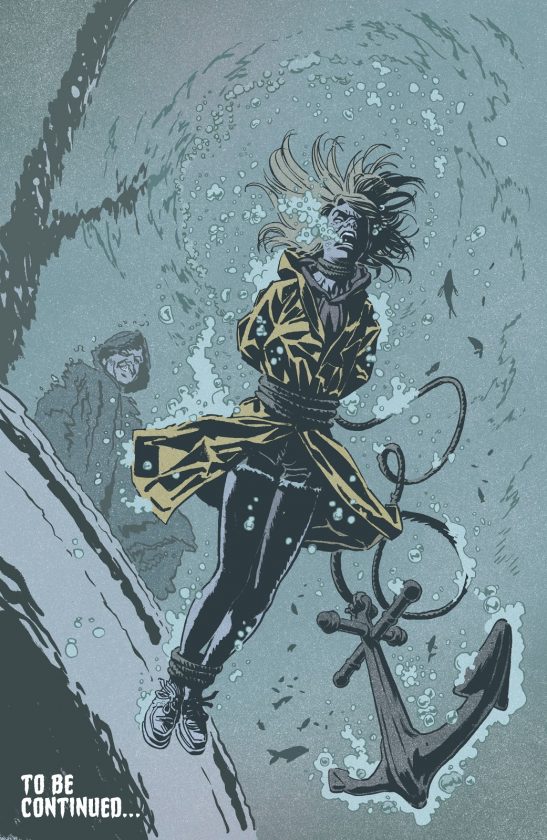 A fun comic book and horror trope – how the hell is she going to get out of this one?

I absolutely love this visual, and just the pure determination for our main character to stay alive. 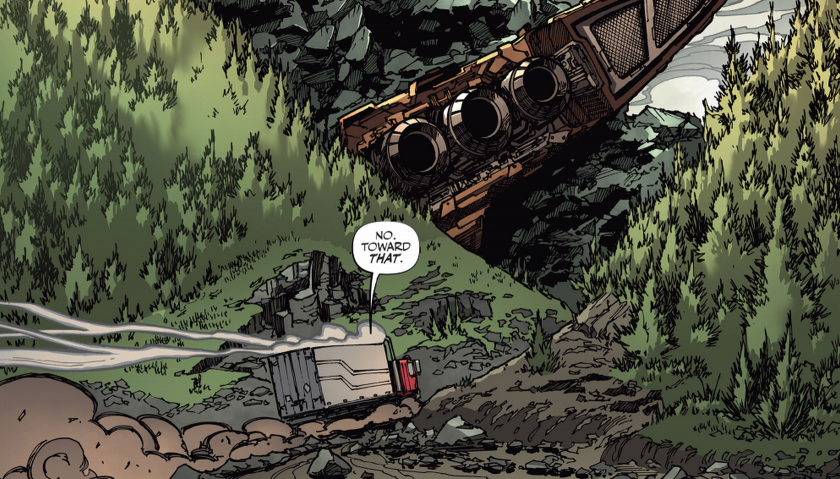 I love the way they tied the Terminator into the origin of the Transformers on Earth, even down to the scanning of the semi he’s driving. Great issue! 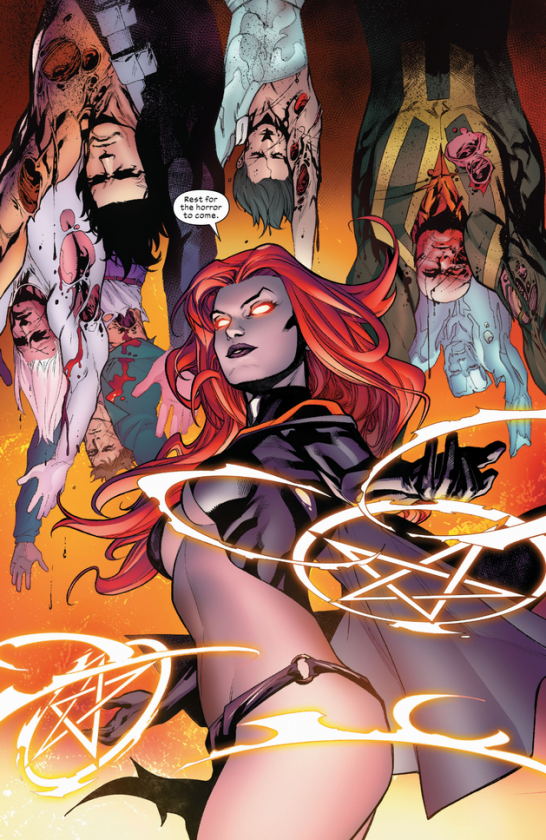 I just love this shot of the Goblin Queen. She looks delightfully evil and it’s just a pretty panel, let’s be honest.

Ah, the Turtles back together again for the first time since Splinter died. Took a lot to bring them together, but now a new chapter begins! 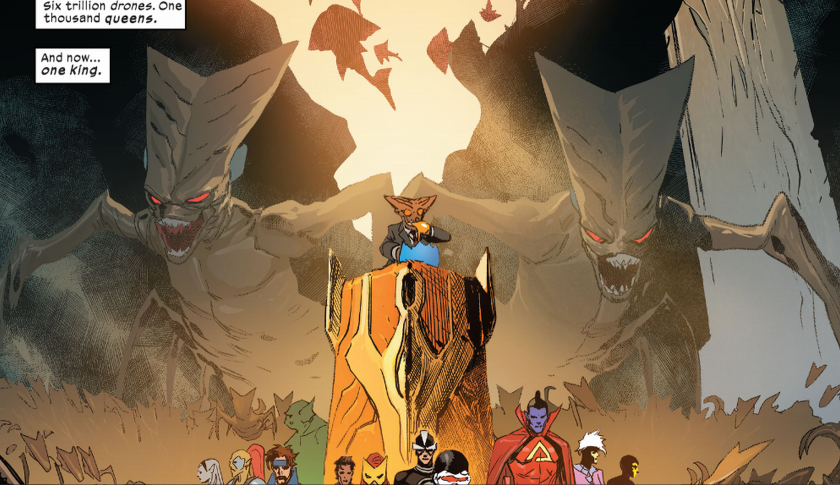 Sorry, he ate it! Hilarious, and now he controls the entire race of the Brood! This is going to be interesting for ol’ Broo. 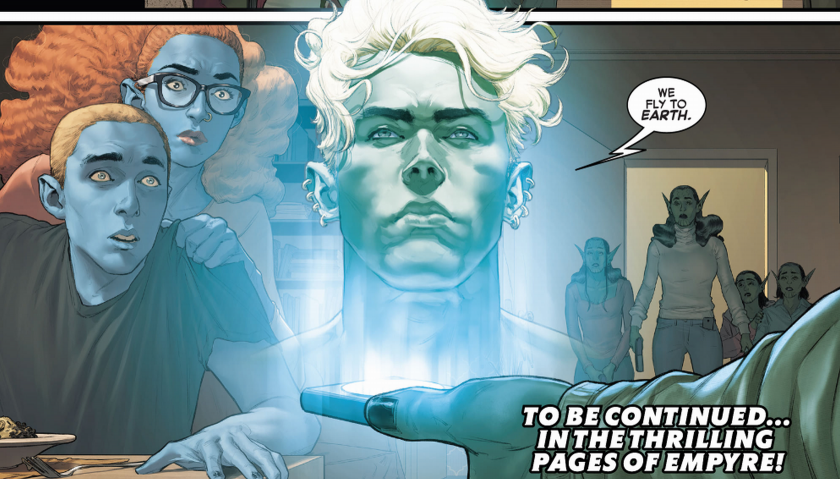 Man, Hulking is planning something big and it doesn’t sound like it bodes well for the residents of Earth at all, no, no, no! 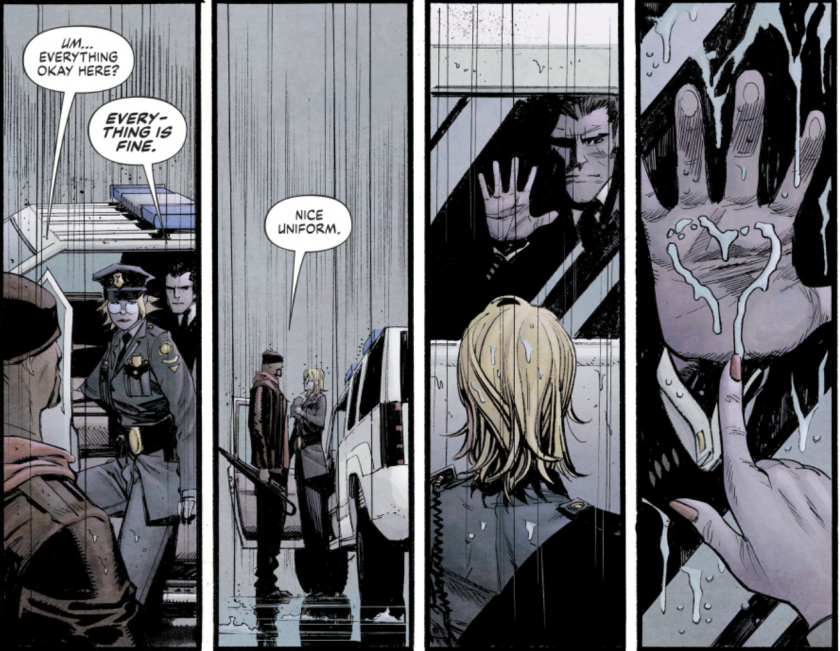 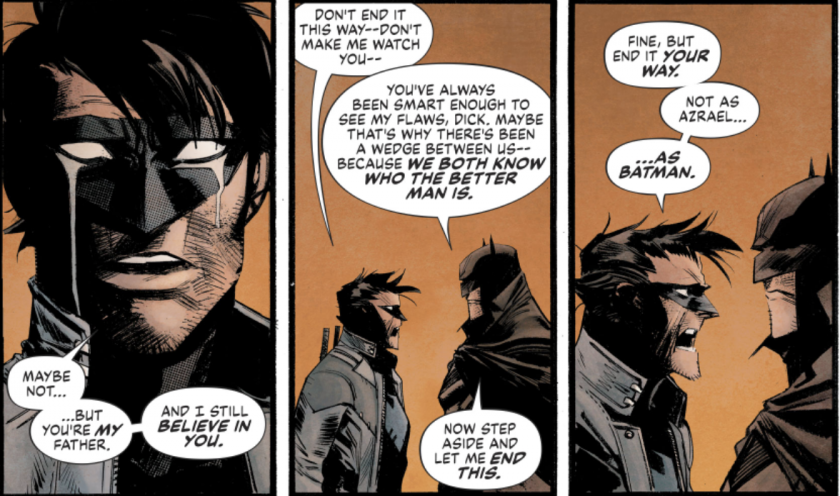 Do it as Batman! 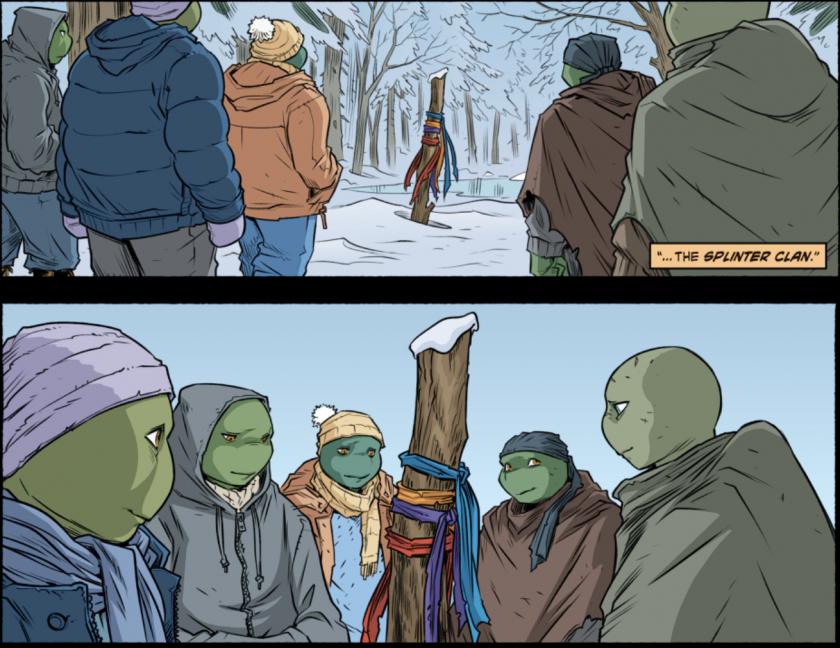 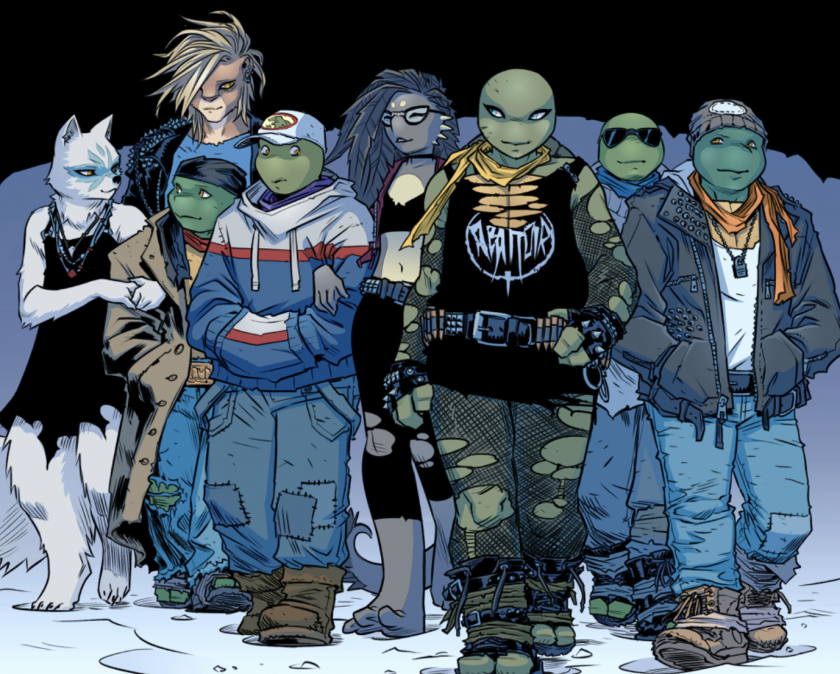 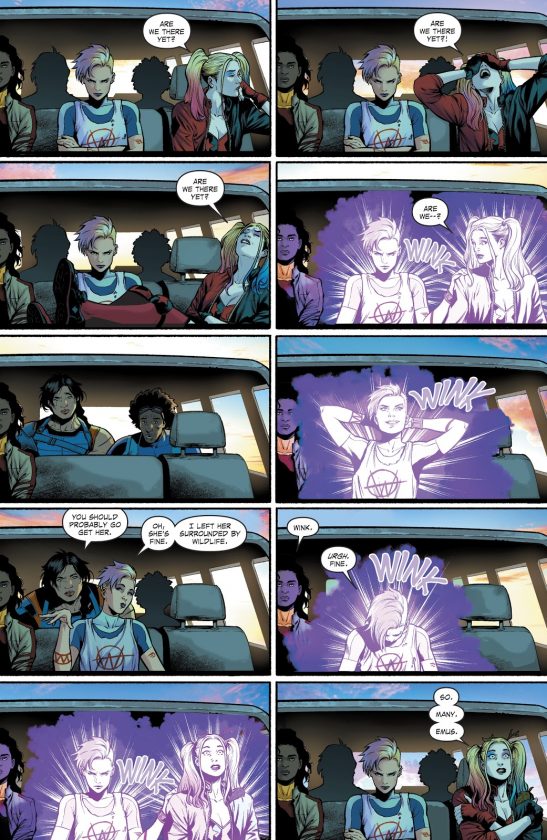