A follow-up to our interview with the KITH + KIN creative team’s GoFundMe campaign! Now on Kickstarter, the team has announced the numerous talented artists involved in this supernatural comics anthology!

KITH + KIN is a 104-page anthology with 10 artists across 10 stories. It’s described as combining the “monstrous family drama of Mary Shelley’s Frankenstein with the dark shades of sadness and heartwarming messages of Tim Burton’s Big Fish…” Stories include vengeful grandmothers, ancient demons and monsters in the machine who all circle back on the theme of family.

Matter and Ayres provided us with in-depth bios for the entire creative team of KITH + KIN:

The KITH + KIN Kickstarter is attempting to reach its $25,335 by May 3, 2020, at 11:59 PM EDT. Rewards include digital ($15+) and physical ($30+) copies of the book in addition to an enamel pin ($10 or $40) and bookmark ($45). Readers interested in checking it out can see the official page here. And if you want to see even more, you can check out the Splitting Image story on Vanderbilt University’s Nashville Review.

Enjoy our in-depth interview with Heather Ayres and Brittany Matter!

Me: Why did you decide to go the Kickstarter route in addition to GoFundMe?

Brittany Matter: GoFundMe helped us prepare for the Kickstarter, so it was phase one of fundraising to pay for the cover artist and logo, etc., while phase two is the Kickstarter, which will hopefully get the book in people’s hands! Plus, Kickstarter is much more attuned to the comics industry–I think more people expect to see comics on the platform vs. on GoFundMe, so it seemed like the logical next step in our fundraising efforts.

Heather Ayres: Our GoFundMe campaign really laid the foundation for what we set out to do with the KITH + KIN: An Anthology Kickstarter. It gave us a gauge for what to expect from a crowdfunding perspective so that we could better plan for the Kickstarter. I would definitely agree with Brittany that Kickstarter, the production and printing part of KITH + KIN, allows us to really speak to the comics community and get in tune with backers that would be interested in a graphic novel like this. 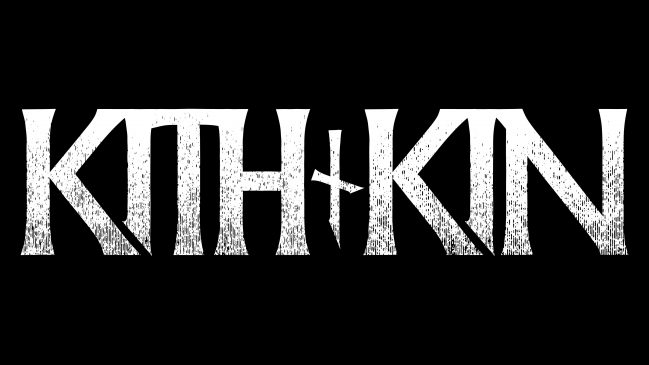 Me: Since the anthology includes ten artists, can you talk about each of these artists briefly and why each of them was the perfect choice for their respective story?

BM: Each of them is going to bring something different to the table, which is partly why we chose them. We also chose them based on the tone we want to strike in the stories.

We’ve got Kelly Latham on RUN AFOWL which is about a little girl who’s terrorized by a monster only she can see while her family remains aloof. While it’s suspenseful and nerve-wracking throughout, there’s also some love and sentiment in it, and Kelly’s art has a lot of heart, which will be a perfect fit!

We have Caroline Nolasco on ENCANTADA, a story about two American/Latinx cousins divided over a border wall who are also both infected by technology parasites that fuel their dispute. Caroline’s ability to summon the strange and unusual in her line and colorwork enraptured us and we want readers to get sucked into this story, and feel what the characters feel. Caroline is also Latina and it was important that this story has her perspective as we want to ensure the characters are represented accurately and with respect. It also has Spanish-speaking characters, so we brought on translator Sam Stone, and sensitivity reader and comics writer, Henry Barajas, to help us out.

Erik Whalen will draw FORGET ME NOT, a tale of a young woman and Flower Nymph, Nova, who has serious memory issues and because of them, she is often ostracized by her family. But the truth behind her recollections, or lack thereof, is much more fantastic, involving Trolls and family betrayal! We found Erik’s striking character designs and magical colors in Spirit Drifters captured our imagination and can’t wait to see what he brings to this comic.

Gwynn Tavares is known for her color-washed artwork in Amelia Sky and Boston Metaphysical Society, and her art evokes an otherworldly dreaminess and emotions that are perfect for our comic, THE FAMILY SILVER which follows Rosie Vaunter’s family after they lose her grandmother and how they fall apart over separating her belongings. Their feud brings Grandma’s ghost back from the grave and her anger may cause more harm than good. Gwynn’s style will be spot on for amplifying the supernatural elements and creating character connections.

Megan Stevenson’s work soothes the senses and amplifies the supernatural, which is a balance we need to strike in our comic LILITH’S FARE–a twisted take on the demon Lilith who had her children taken from her and what she becomes afterward is not anything you’d want to meet. Megan’s art will balance that need for the audience to feel sympathy for our antihero.

HA: Elena Gogou’s immediately struck me because of the way that she’s able to create characters that feel so real. There could be no better fit for her work than LEGACIES, which deals with two sisters as they navigate the demons that are inherited from generation to generation.

With a background in fine art, Greville Jacques’ sculptural style seemed like the perfect style to bring the Alighieri family in ONE BIG HAPPY FAMILY to life. We took a lot of inspiration from Dante’s Inferno when telling this story of a family and their descent into hell–literally.

We were immediately struck by the sense of movement that Krystian Rutledge brings to their characters. Their dynamic approach to creating characters that feel real seemed tailor-made to tackling the regressive twins who terrorize their niece in COMING OF AGE.

Then there’s Olivia Stephens. We could not be more excited to have her delightful, joyful and playful style to the mother and daughter duo in MIRROR, MIRROR. Their story is one I think we all relate to as they struggle with the pressures that society puts on appearances to a most tragic end.

It seems funny to mention Sally Cantirino so far down the list since she was the first artist to take a chance on us and sign up to work on KITH + KIN. Her ability to emote true, honest emotion with subtlety was a must for working on SPITTING IMAGE (check it out in Nashville Review 31 now!) that features only two lines of dialogue.

Me: You mention the anthology will be “limited color”. Can you tell us more about what this means and your decision to use this method?

BM: For me, limited color could mean mostly black and white with splashes of color or three to four colors maximum across each story. We’d like to see what our artists come up with based on the tone of each story, and since each comic has supernatural elements, we thought a limited color palette would help amplify those aspects. Maybe it will add a strangeness that might not otherwise be there with full color? We’ll see!

HA: Definitely. It really isn’t about limiting color, which as art direction I think can be really prescriptive. It’s much more about using color deliberately to bring the story to life.

Me: If you had to put yourself into the shoes of one of the characters in these ten stories, which one would you pick and why?

HA: The longer these stories sit with me the more certain I am that the older sister from LEGACIES is some parallel reality version of myself. Her decision making and motives mirror my own in so many ways during a similar stage in my life.

BM: I’d pick the granddaughter Rosie in THE FAMILY SILVER. She watches what happens to her family after their matriarch dies, and her experiences parallel mine after my grandmother passed. Though I don’t think my grandma became a vengeful ghost–at least I hope she didn’t! GASP!

Me: Can you give us a quick rundown of some reward tiers you’re offering?

BM: We’ve got digital rewards at the $15 and $20 levels offering the digital copy of KITH + KIN, plus some extra process art and scripts. We’ve also got The Book at the $30 reward tier where backers can get the best of both worlds: the print and digital versions of the anthology!

Me: You have a $3,901 stretch goal. Why this number and can you expand on the stories this will unlock?

BM: This amount covers the costs to make the additional comics–to pay the artists, editor, designer, and letterer. The stretch goal unlocks two of our longer comics and we’ve got two artists lined up for these stories.

Our first artist is Caroline Autopsy who is an ace at horror and mystery. Caroline’s ability to balance action and horror with colors to match the mood, making for an exciting read and ideal for ROAD FAMILY–a tale about construction coworkers that live on the road facing monster-sized issues, and not the managerial kind!

HA: We are also so stoked to have Tom Napolitano as our second stretch goal artist. We were lucky enough to have Tom be the artist of our incredible cover and thought his haunting and compelling work would add untapped depth to MONSTER’S MILK, a story about the 9-to-5 grind and what lengths it takes to get to the top.

Me: What is the number one reason why you each feel someone should pledge money to your campaign?

HA: At its core, this graphic novel is about families coming together despite all odds, whether it’s physically or through understanding one another on a deeper more human level. We are living in such strange times that I think having that sort of connection with people translate into the real world by sharing stories that resonate no matter your background is something we all are craving and that the comics in this anthology can give to people.

BM: I agree with Heather wholeheartedly. I also think that when folks pledge money to our campaign, they’ll hear from new creators or creators they haven’t heard of yet. Some of our artists have been around for a while and have self-published and published works, while others are just getting started, so I think that readers will find something new in KITH + KIN to love.

Me: Thanks for your time, Brittany and Heather! Readers can check out their supernatural comics anthology Kickstarter here. 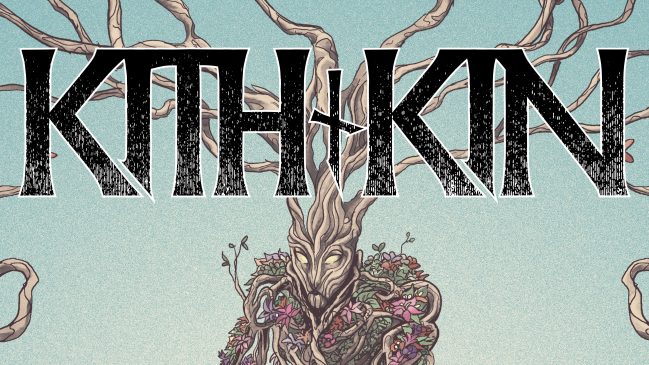 IGNITION: A Racing, Thrilling Comic With A Twist!