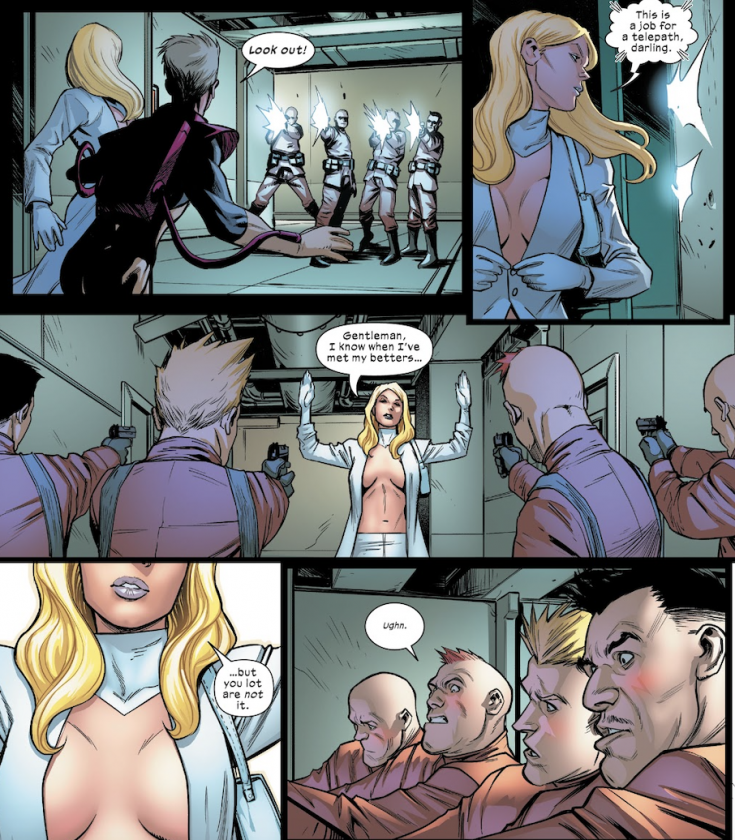 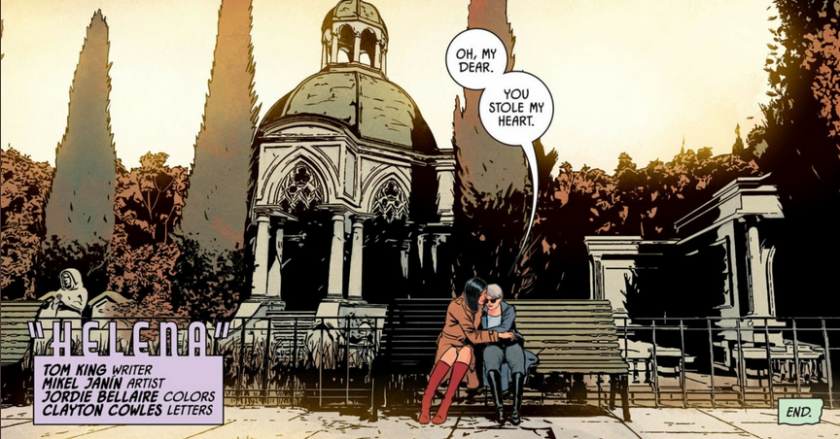 I really liked this moment between Selina and her daughter. One of the more memorable moments from a DC Anniversary special.

4. Buffy: Every Generation #1 – My Girlfriend Is Coming For Your Job

I like that that we are seeing more of Cordy and Buffy’s dynamic in the comics. 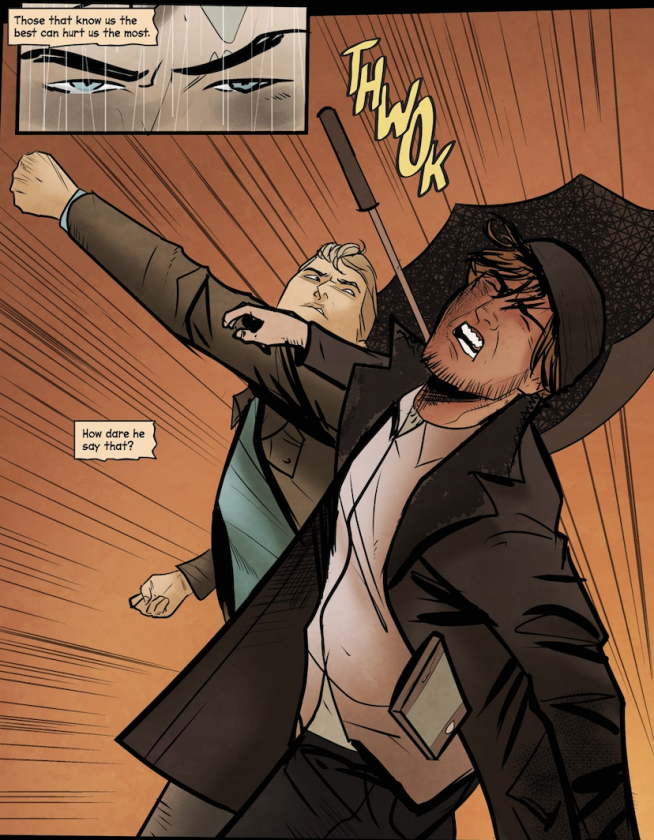 Frank gets under Joe’s skin.

2. Sabrina The Teenage Witch: Something Wicked #1 – It Can’t Be Them! 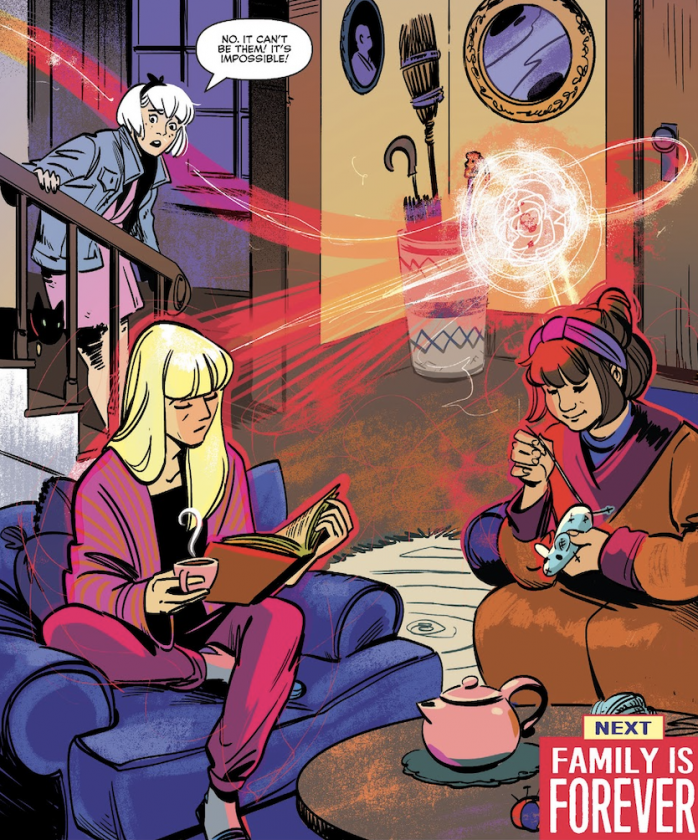 What are Aunt Hilda and Zelda up to? 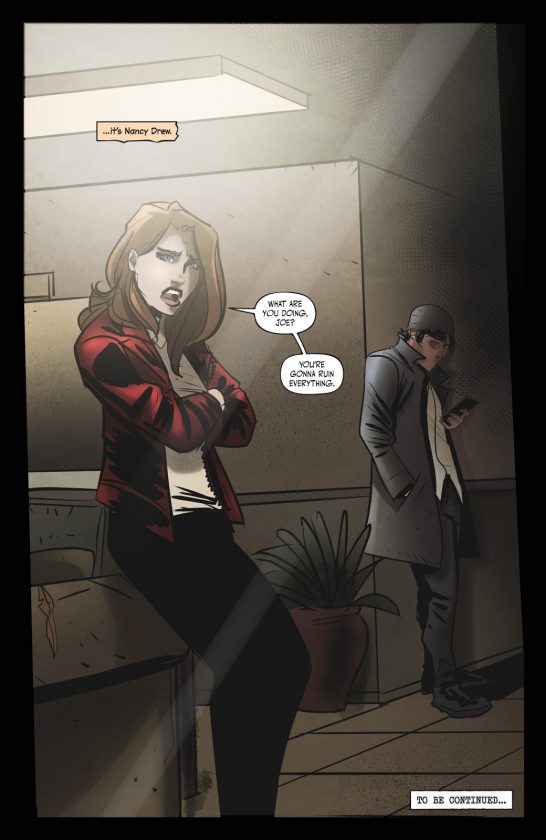 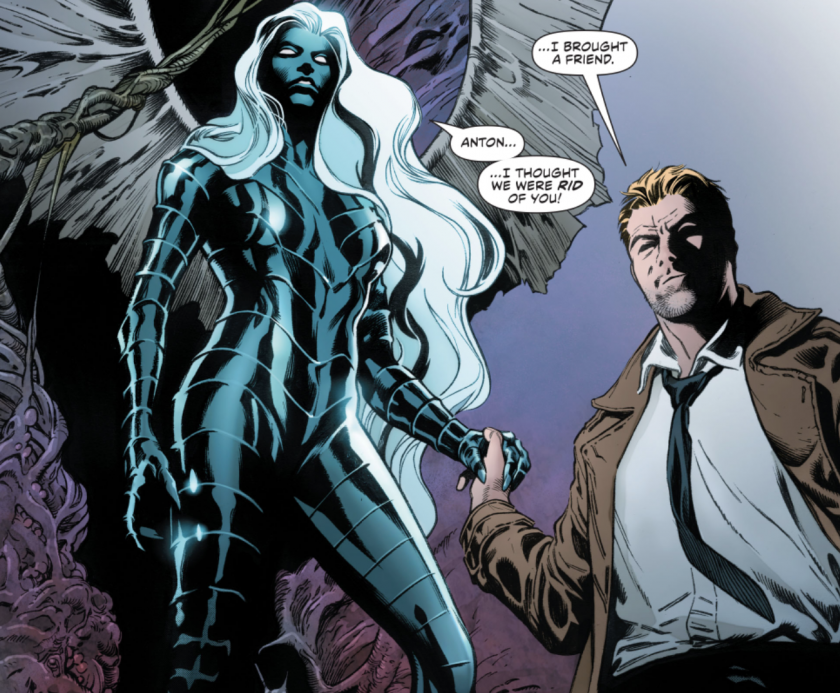 4. Vengeance of Vampirella #7 – Her Own Worst Enemy 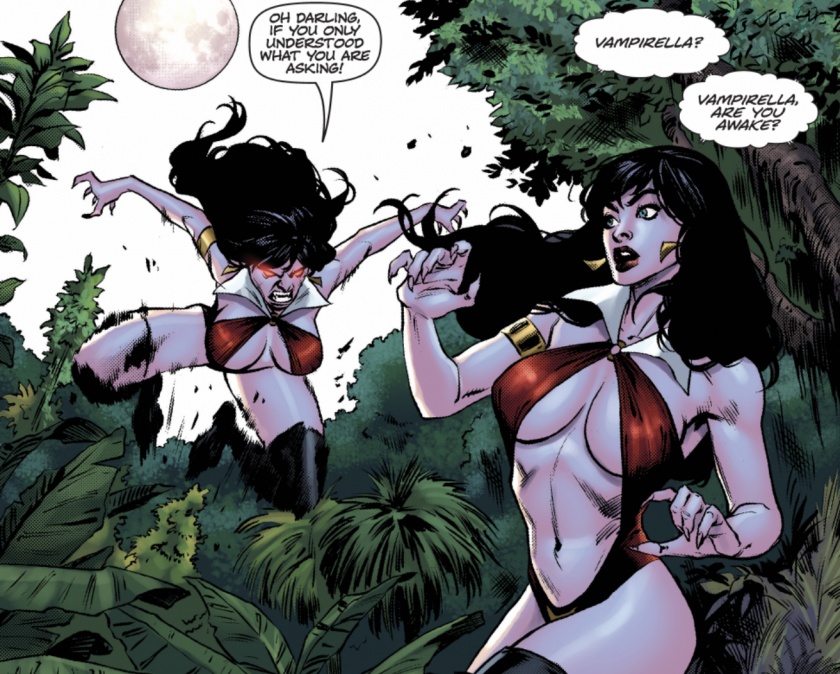 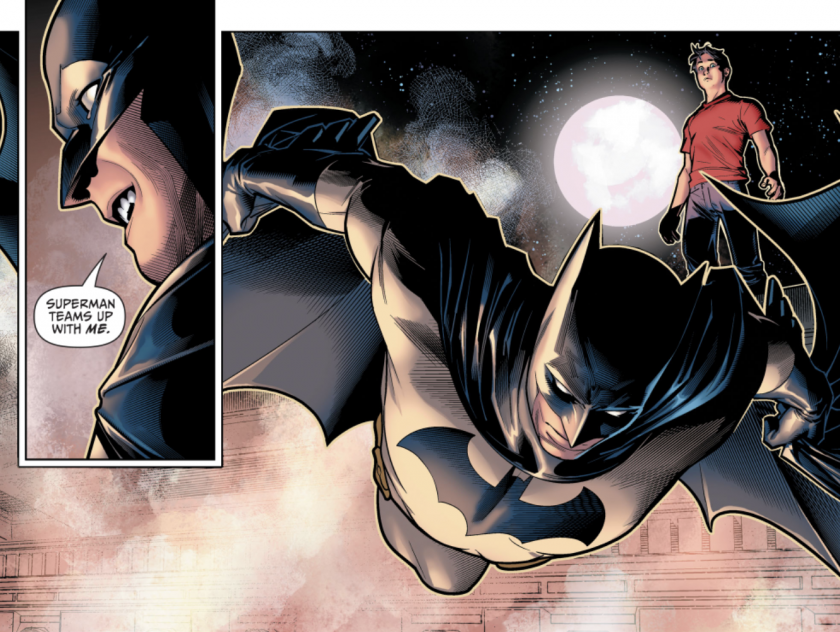 Did Frank go too far?! 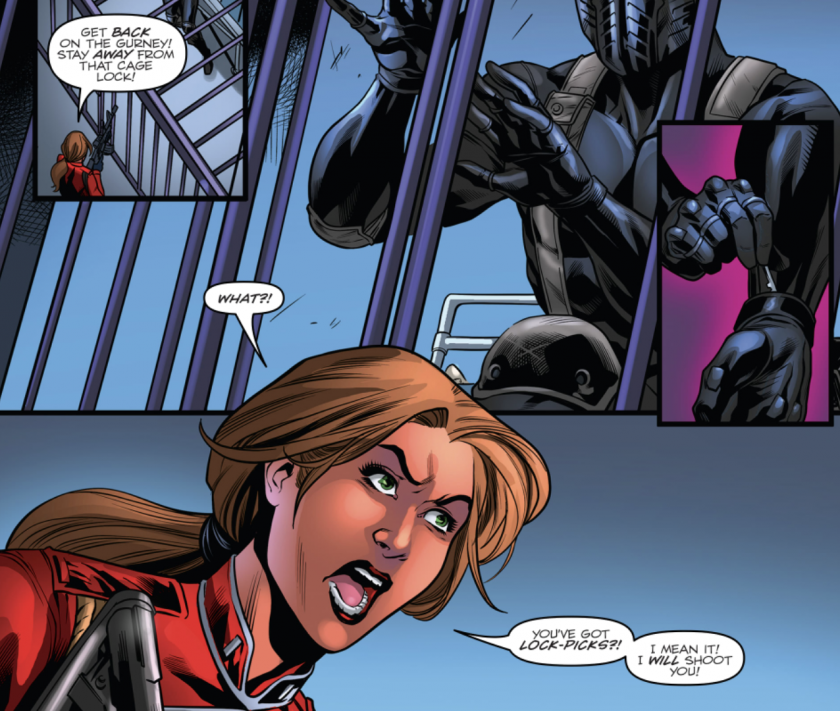 OF COURSE SNAKE EYES HAS LOCK-PICKS.

5. Avengers of the Wastelands #5 –  Make A Bigger Sacrifice

A wonderful message here by Dwight. At the end of the day he was the bigger man. 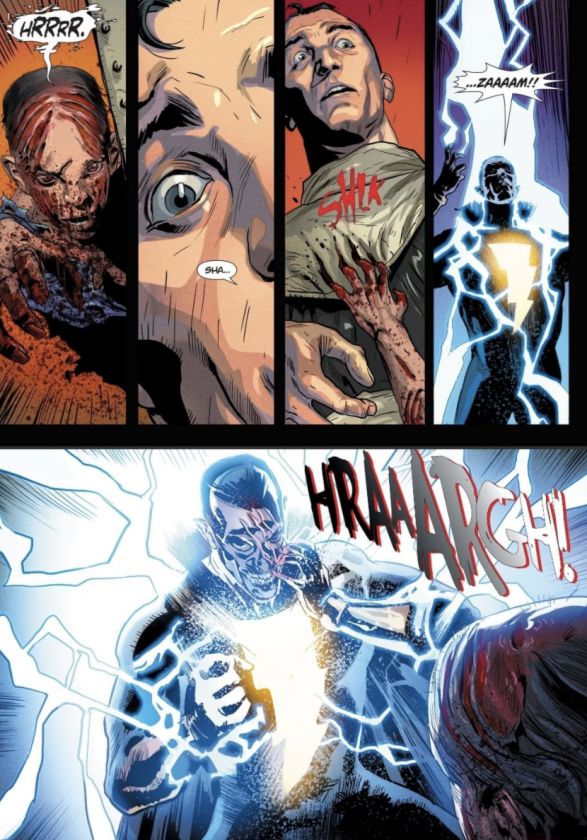 It was pretty cool to see how Black Adam became a zombie. He screams Shazam as he gets infected – not good for earth. 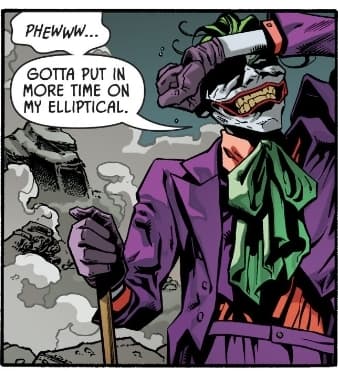 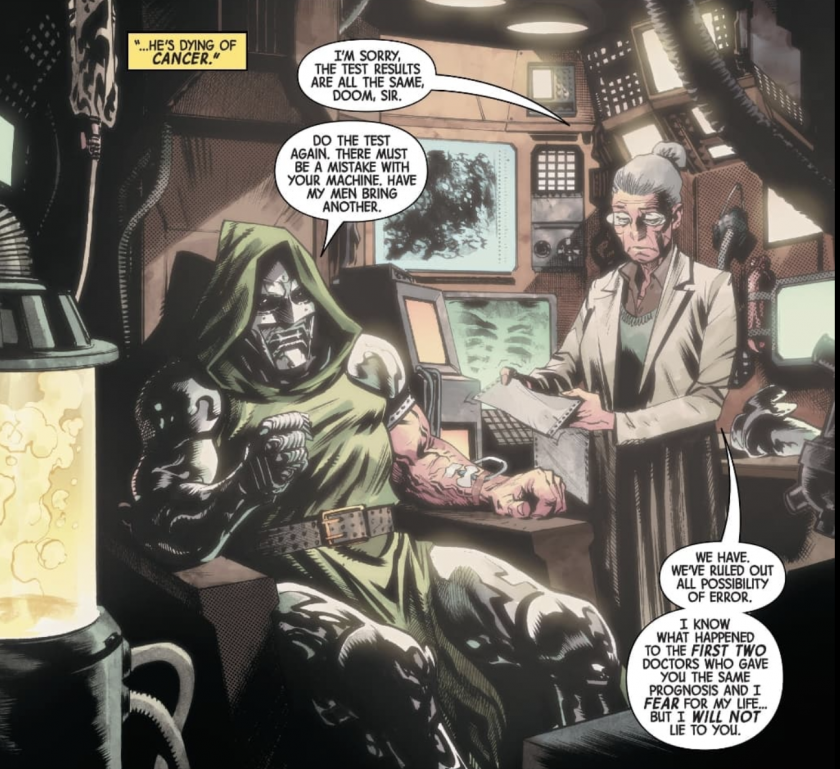 Not even the great Dr. Doom can escape the wrath of cancer. 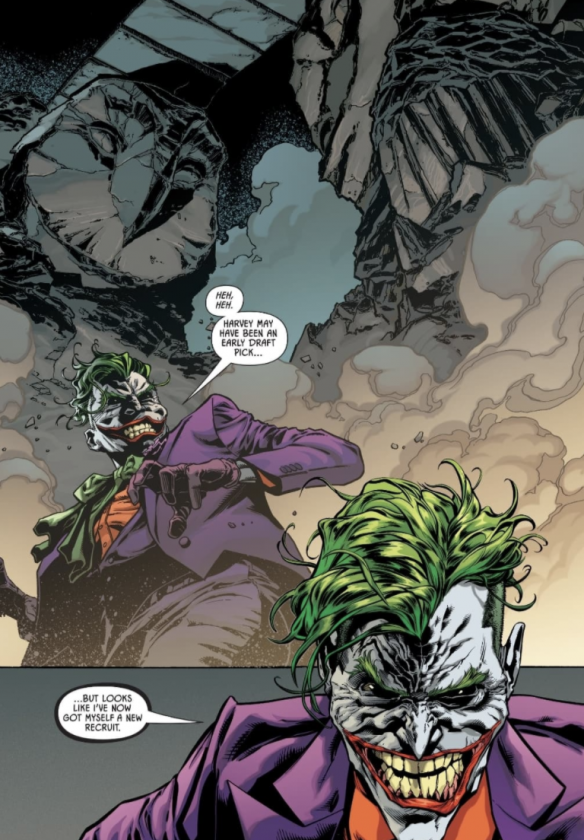 What did Joker dig up, and up next is JOKER WAR!!

Vote for Your Favorite Panel!