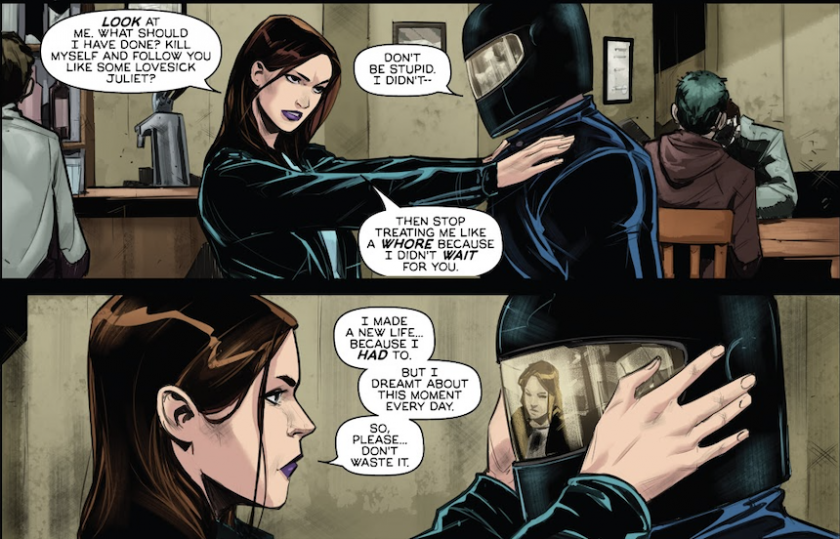 I really enjoyed the ethical principle brought up in this scene. 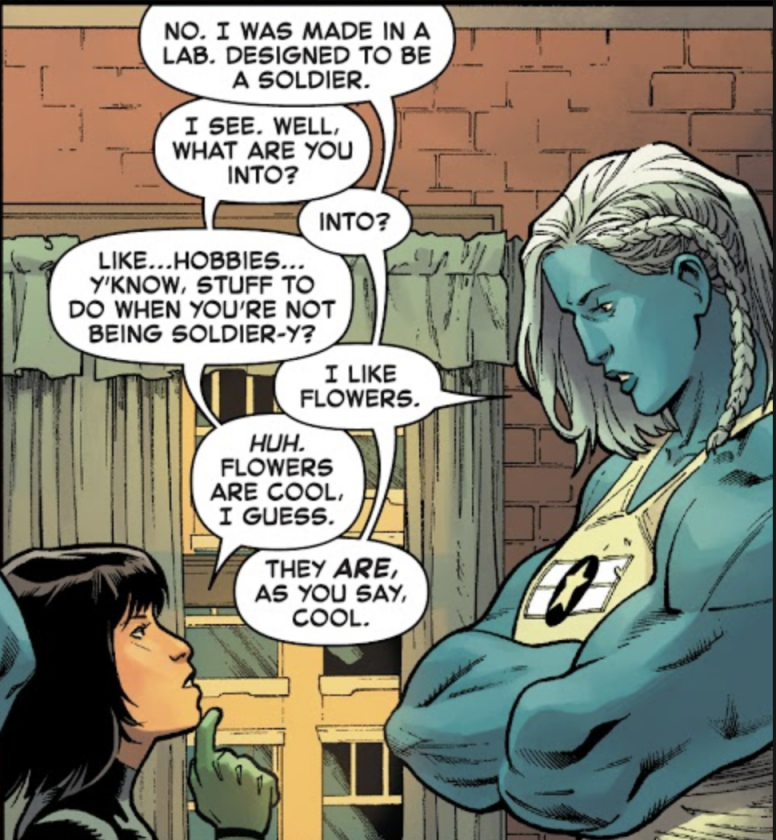 Liking flowers is a hobby! 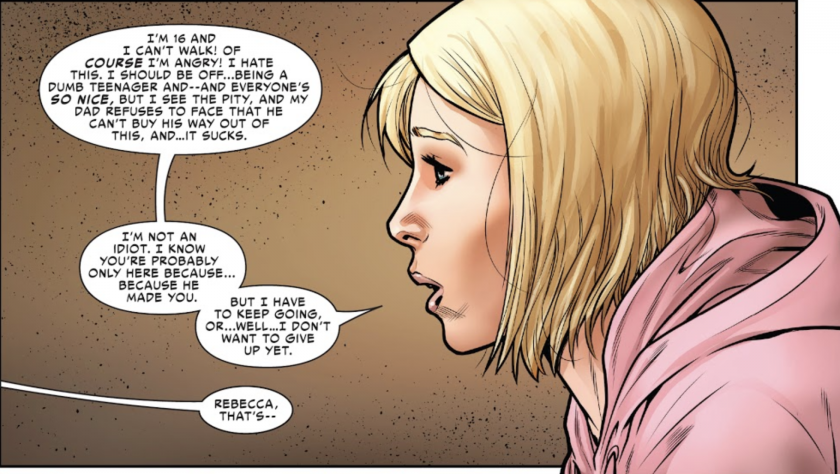 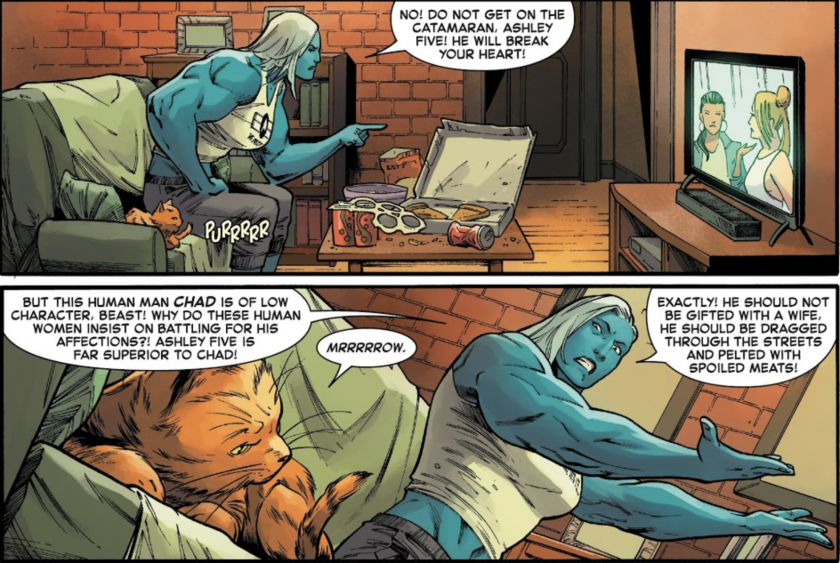 Even alien soldiers have a love/hate relationship with the Bachelor. 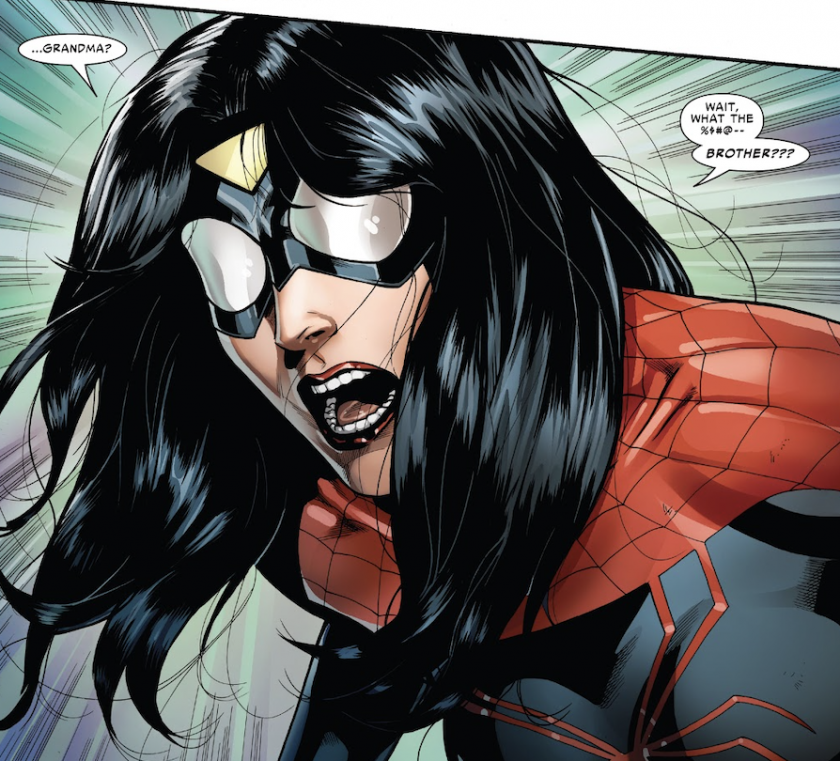 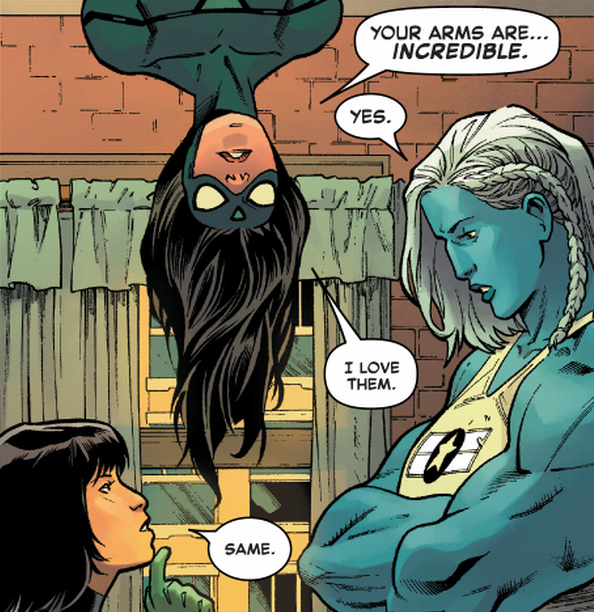 Just a charming scene as the girls fawn over Carol’s sister’s arms. 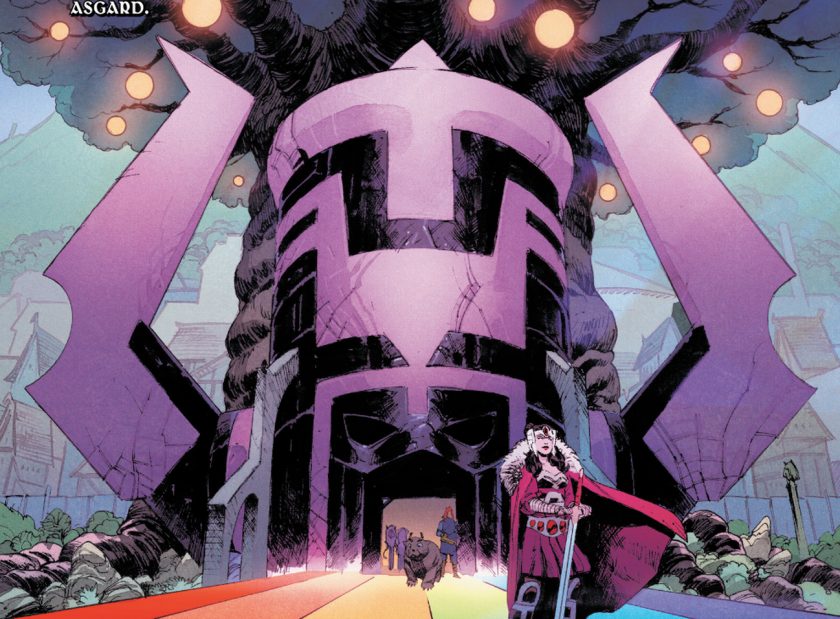 Had to double-dip with Captain Marvel because this was another fun scene. They are just enjoying the moment of the cool dark Kree-powered suits and I love it! 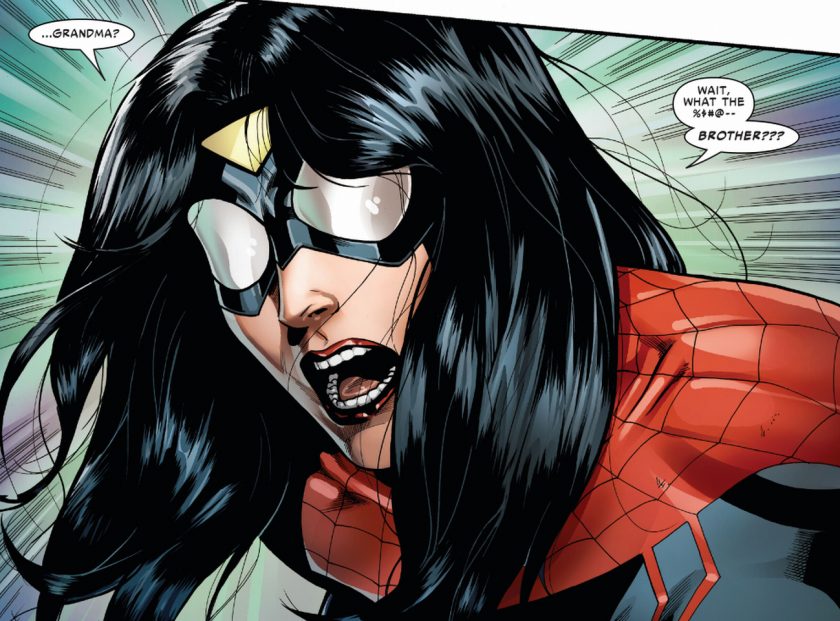 And she’s reunited with her mom! And she’s an aunt! Whoa! 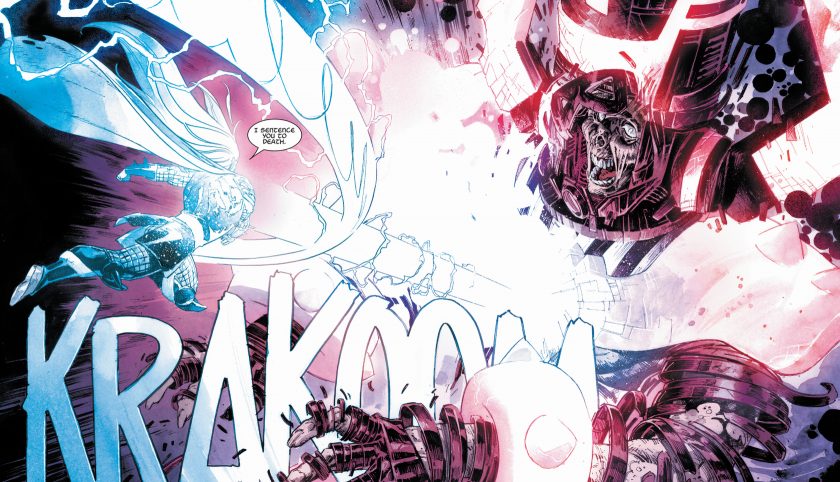 Had to double-dip with Thor too because… what?! Man, Thor kicked Galactus’ and the Black Winter’s butts… to death! 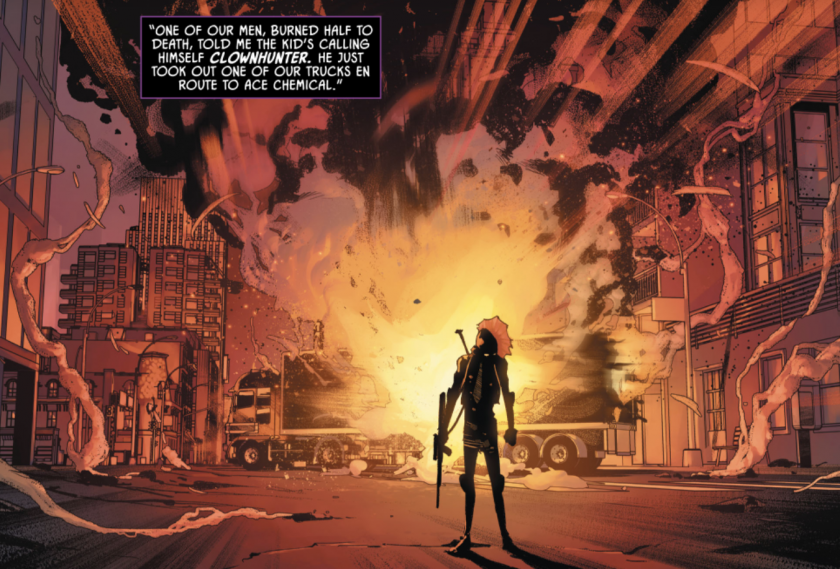 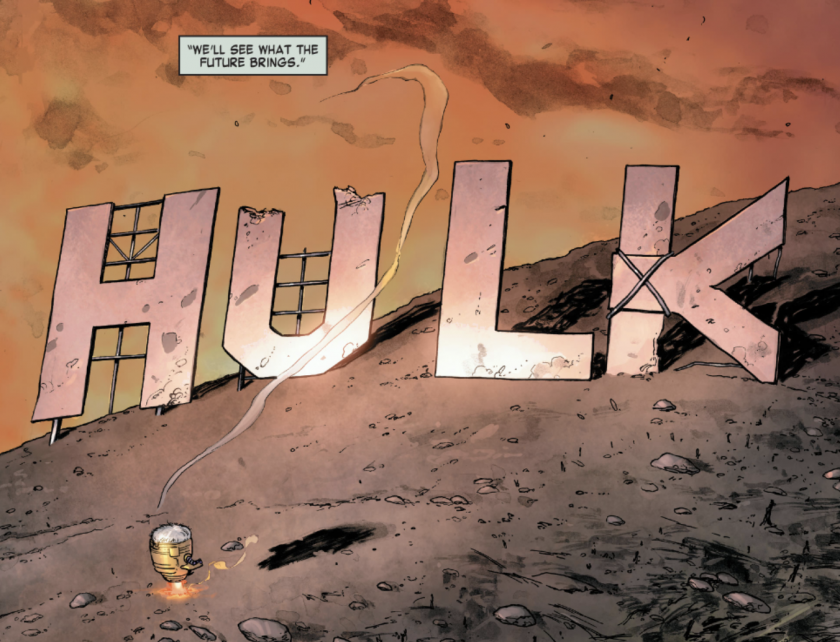 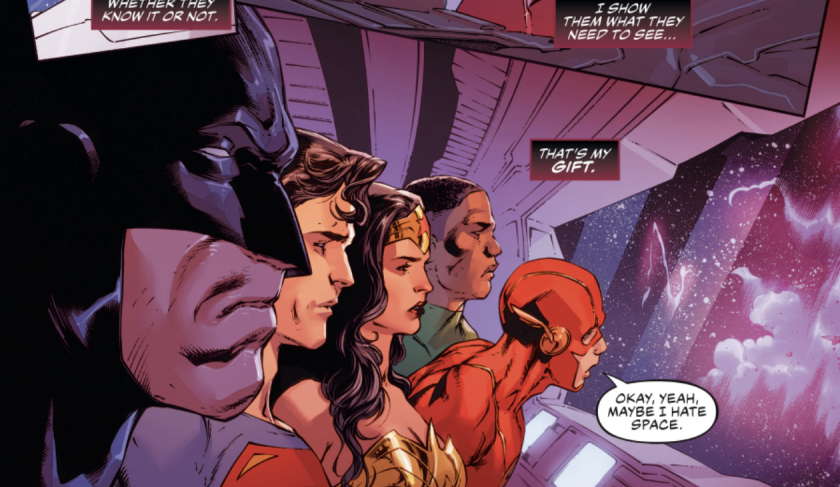 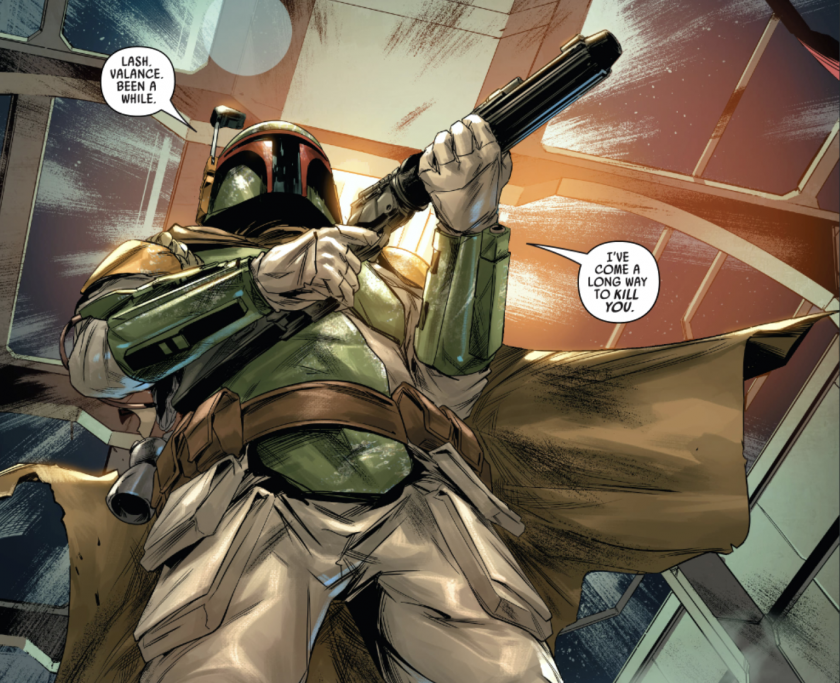 Boba arrives just in time to kill everyone. 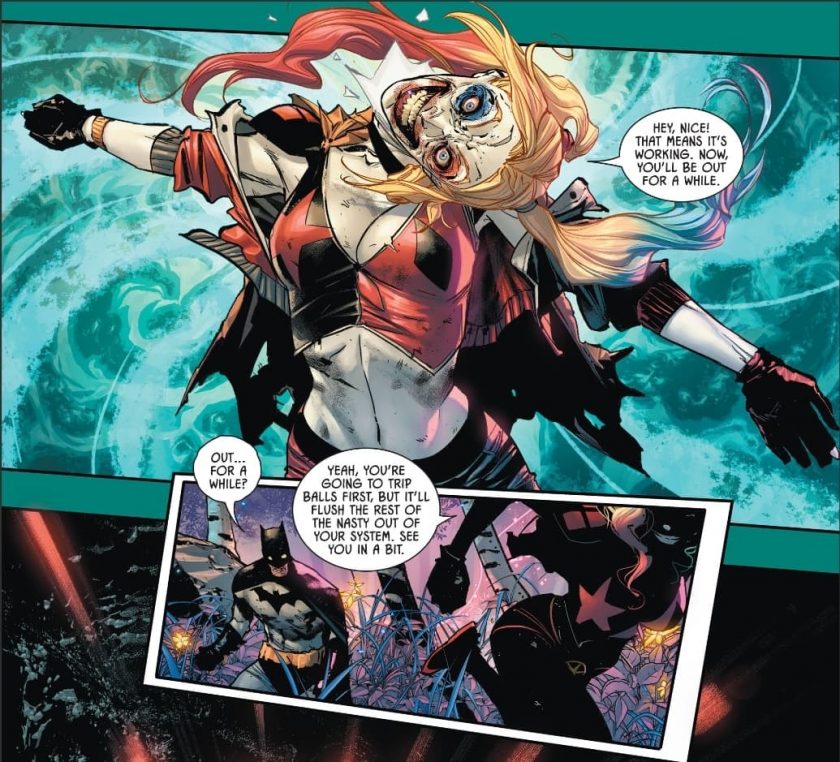 It was pretty intense to see Harley help flush out the toxin serum out of Batman – looks like Batman will have to wait it out for a while. 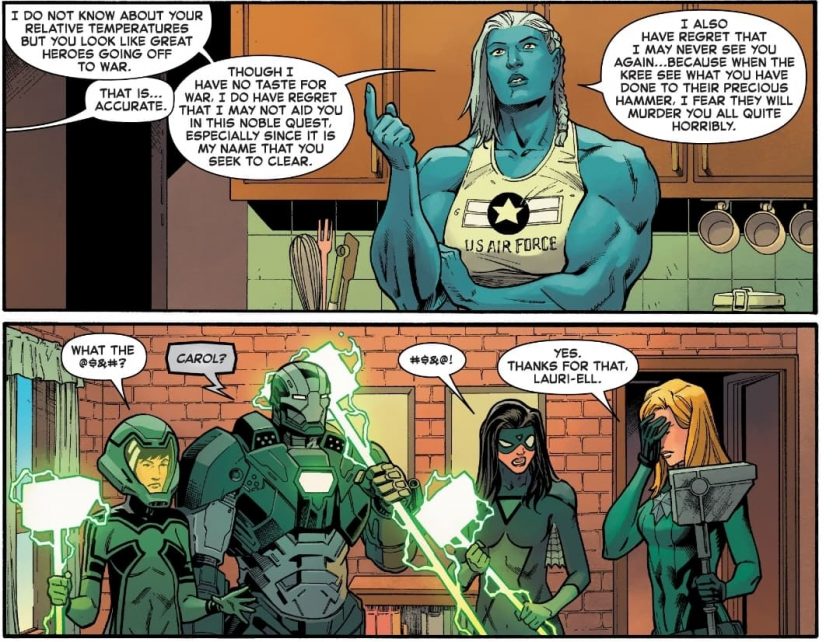 When the Carol Corps find out what could happen to them, let’s say they are not too happy.

Magneto can’t be too happy when he finds out what Logan used his helmet for. 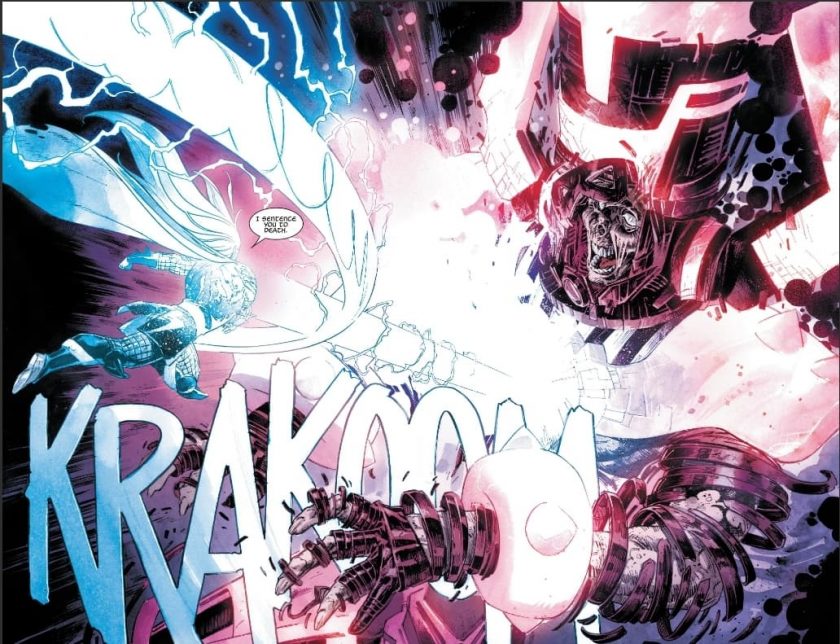 Could this be the end Of Galactus? Thor Kicks his butt in this issue!! 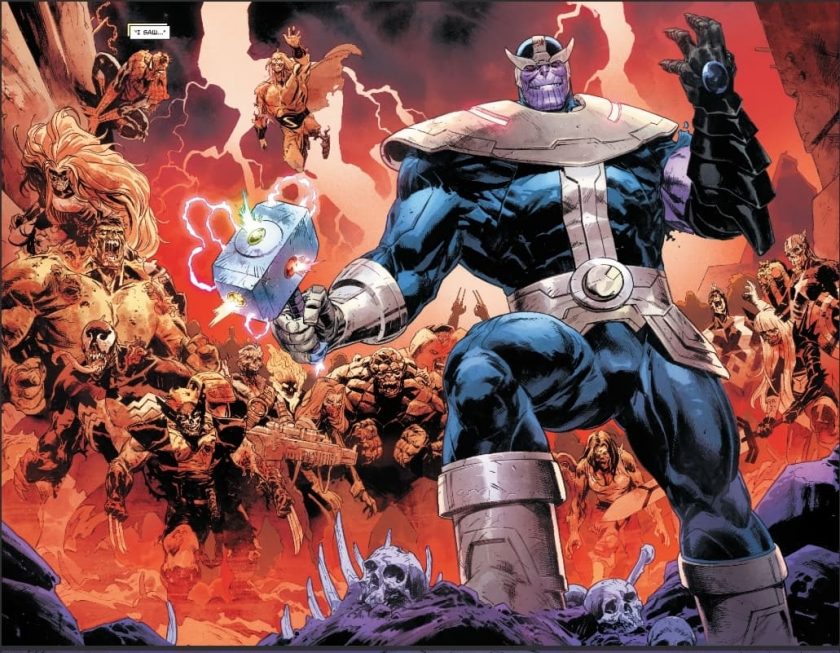 The ending of this issue shows Thor’s possible future, which means he is not in it, because Thanos holds the hammer with  the Infinity Stones attached to it. Plus, he has Knull’s sword which is used as a new gauntlet.