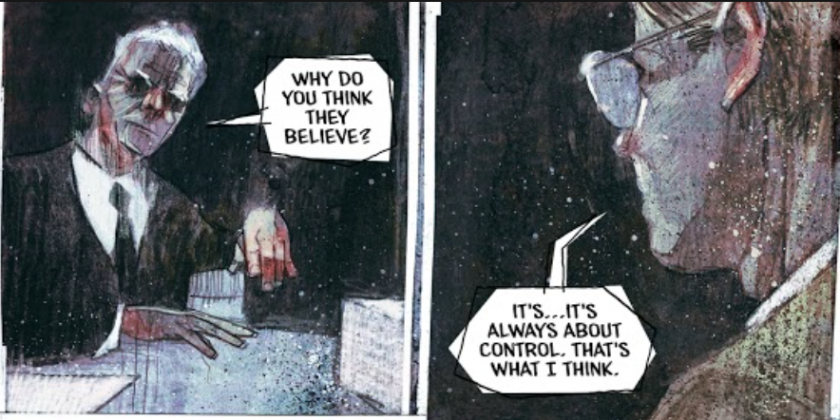 Is this Cole’s theory for others or himself for the love of conspiracy theories? 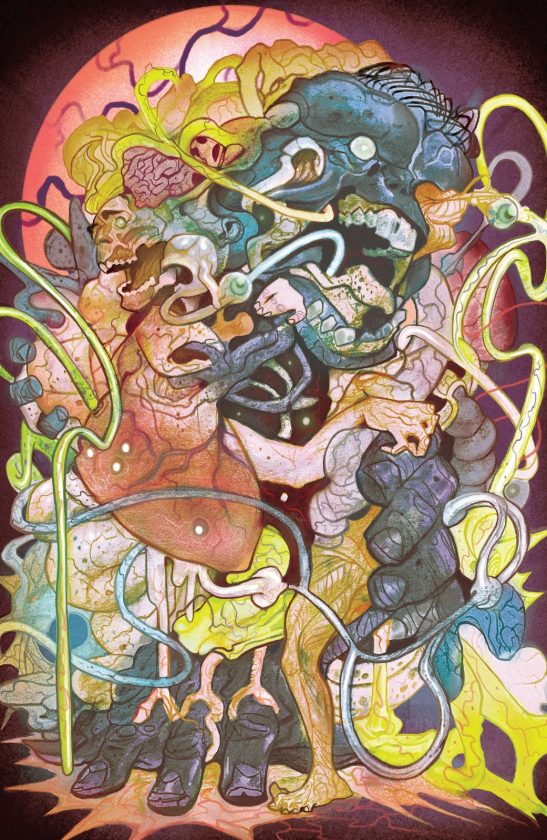 That transformation was bonkers! 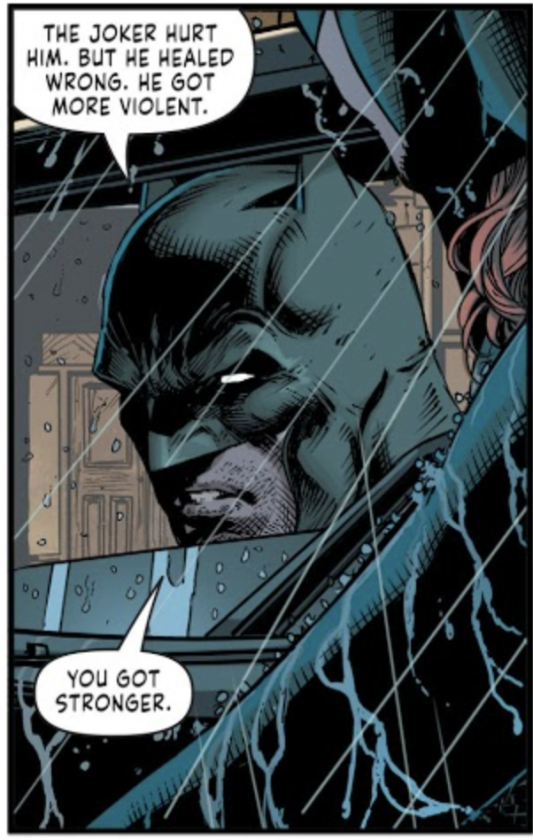 The difference between Barbara and Jason. 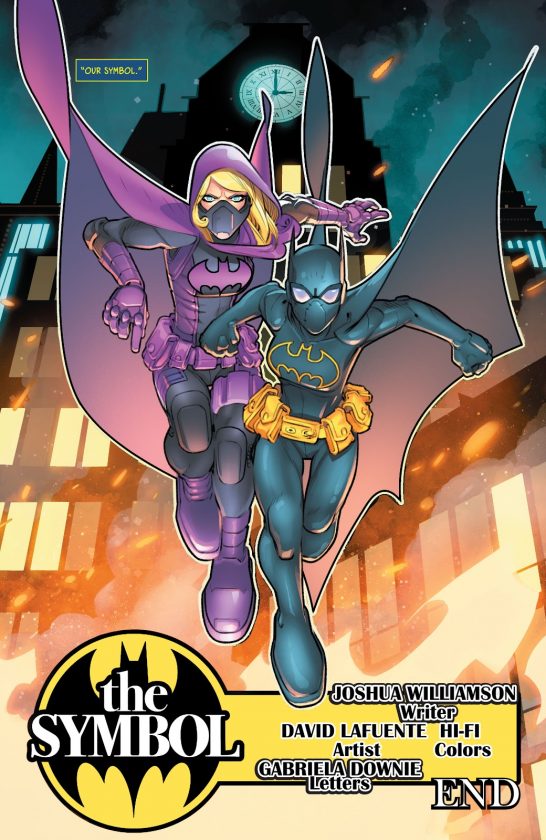 I’m glad Cassandra and Steph are wearing the symbol they deserve. 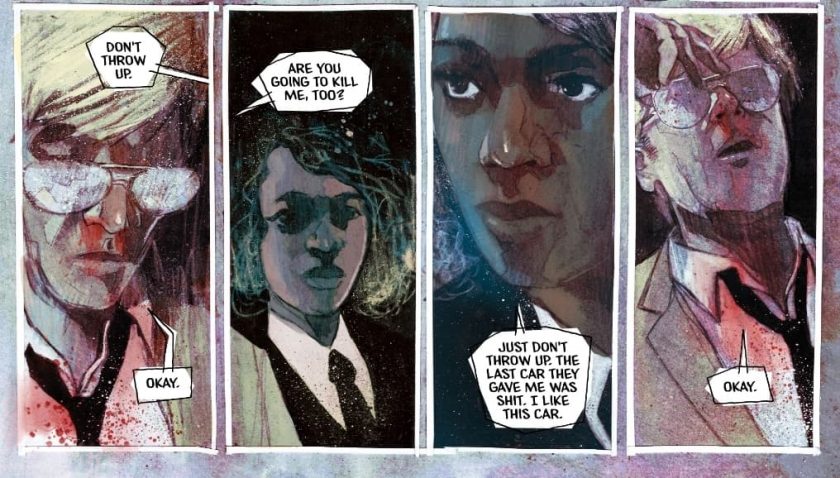 This poor FBI agent was scared for his life. 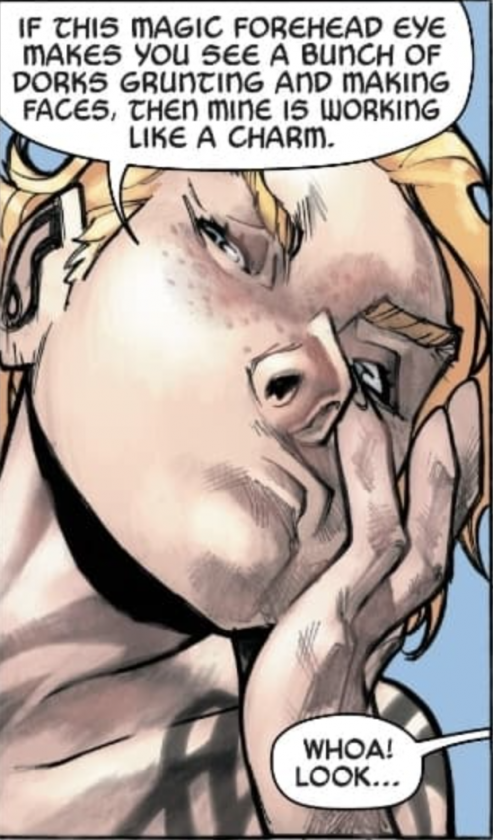 Eric is acting like he is too cool for this school activity.

3. Transformers Vs. The Terminator #4 – TERMINATED! 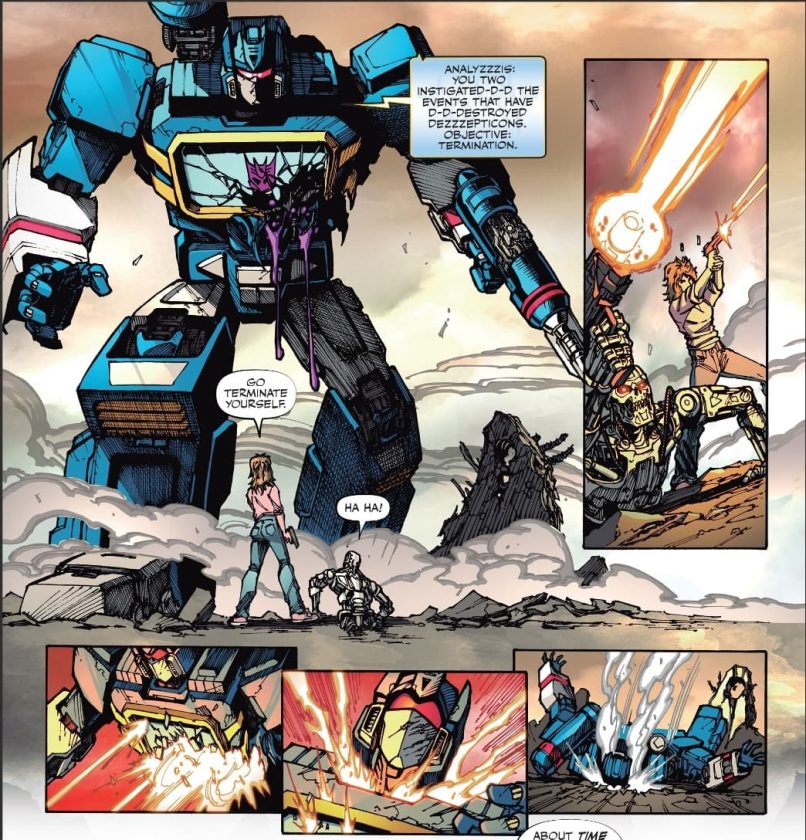 My favorite Deception, Sound Wave, has just been terminated!! 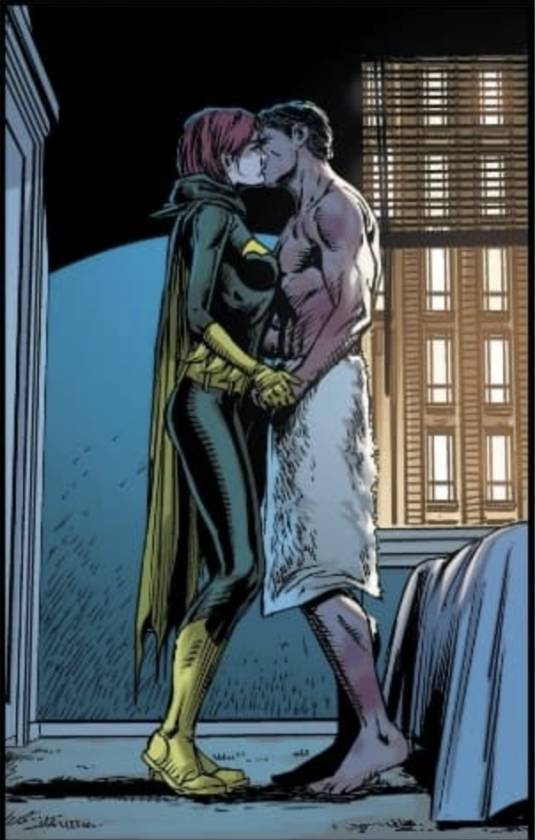 Based off what happened in this scene, will this have ramifications later on? 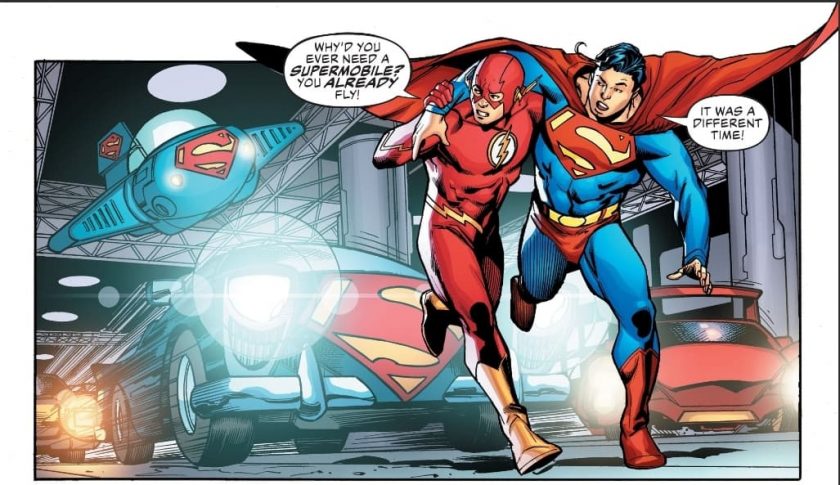