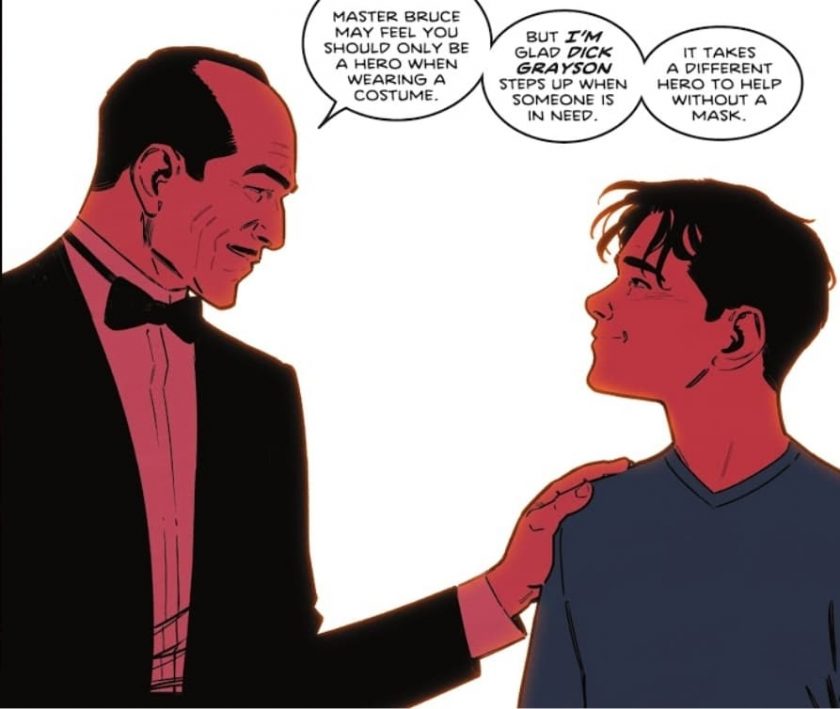 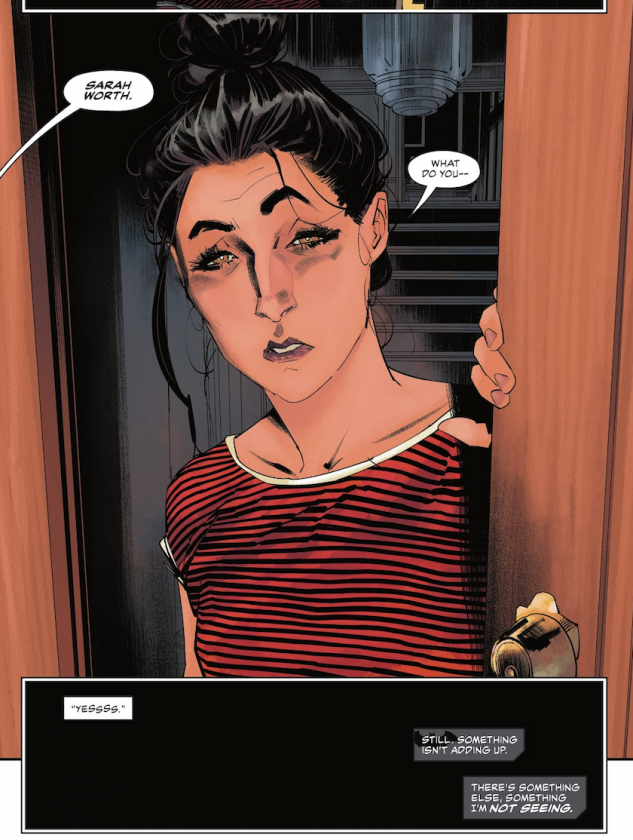 The murder mystery has begun!

Hope and Cable team up to find the original Cable. 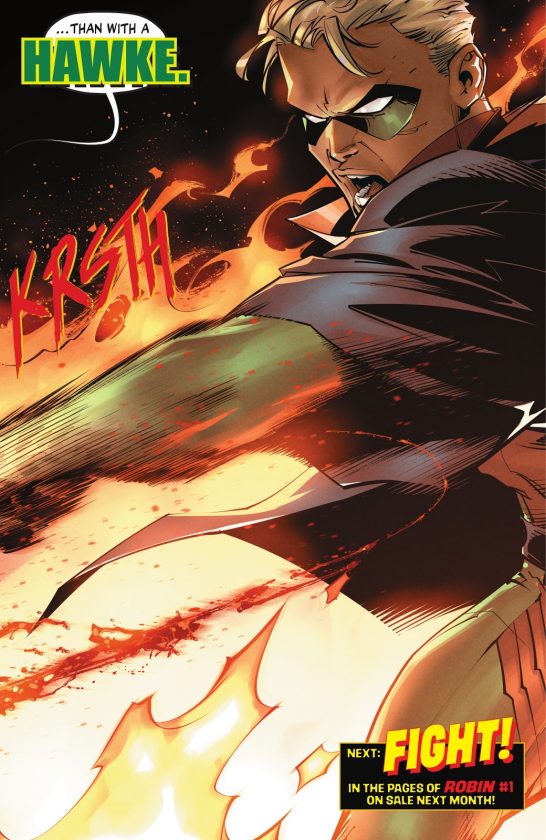 I did not see that coming. Green Arrow’s son returns. 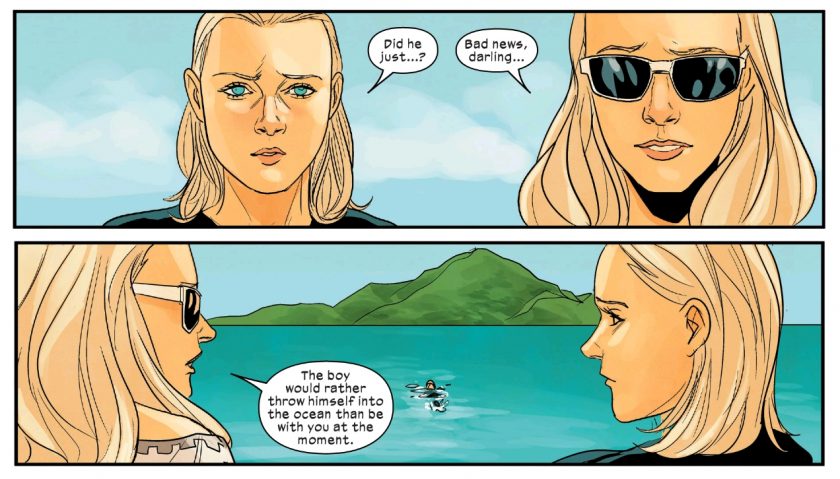 This is why Emma is the best!

Just a funny aside showing the more human side of Bruce Wayne. 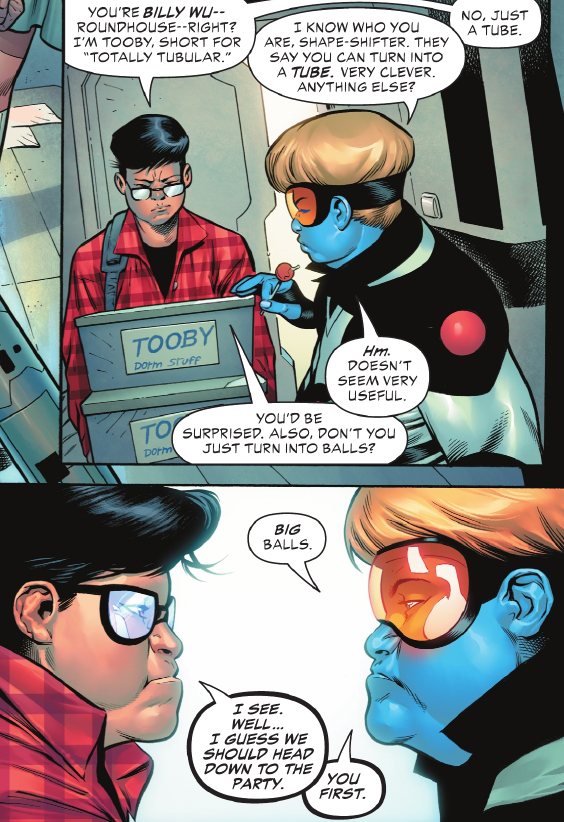 Fun scene in the issue as Tooby and Roundhouse get to know each other. 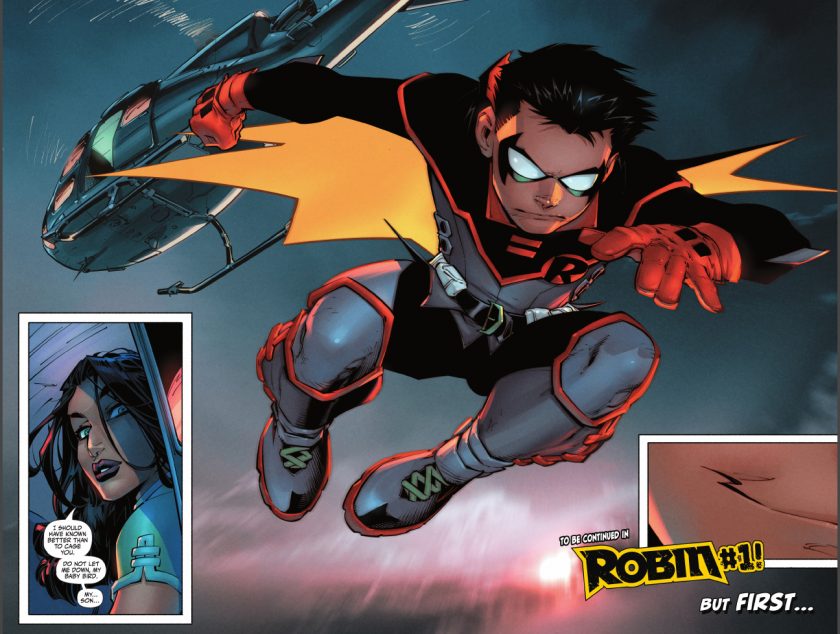 Robin making that decision was surprising to me and now I’m more curious than ever to pick up his book!

When all is said and done, Taskmaster gets the last word and skulks back into the shadows. Nice! 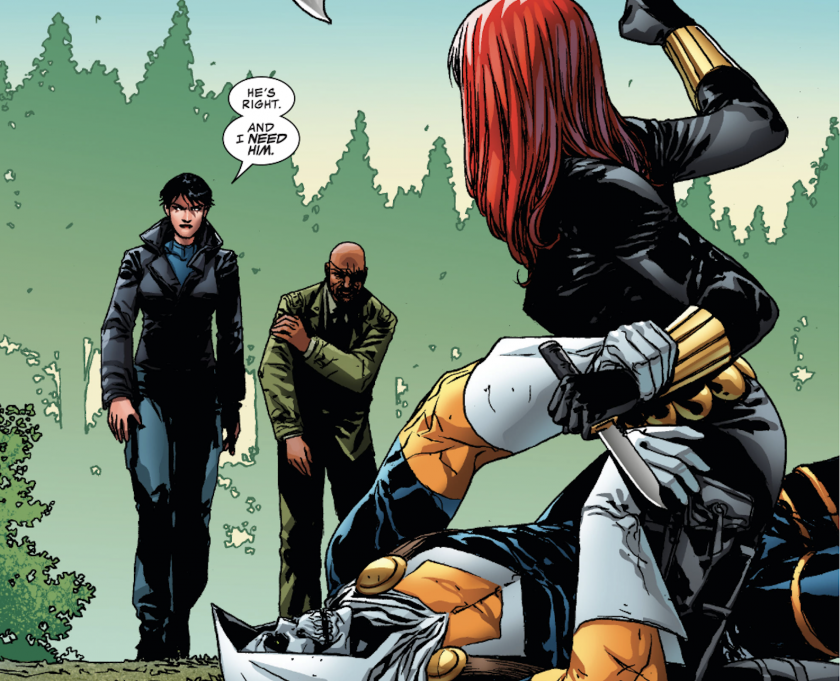 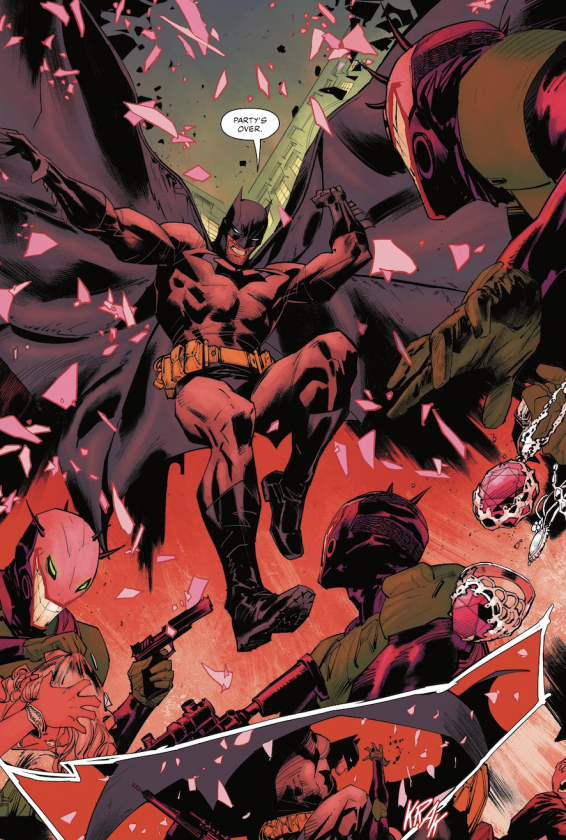 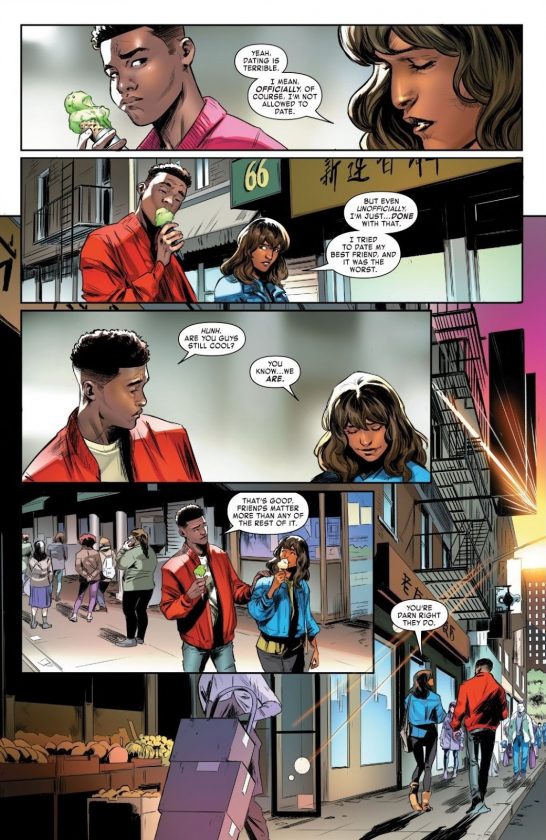 These two had an interesting conversation about dating. Who knows could these two be a couple one day? 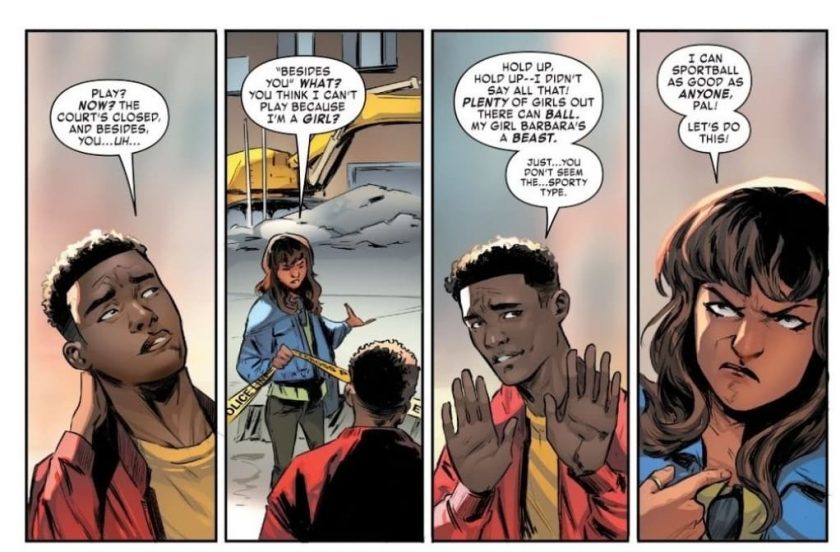 Miles thinks Kamala has no game. 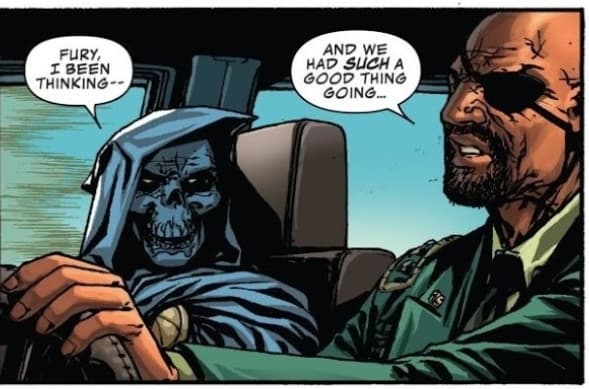 It’s been hysterical to see these 2 banter throughout the series. 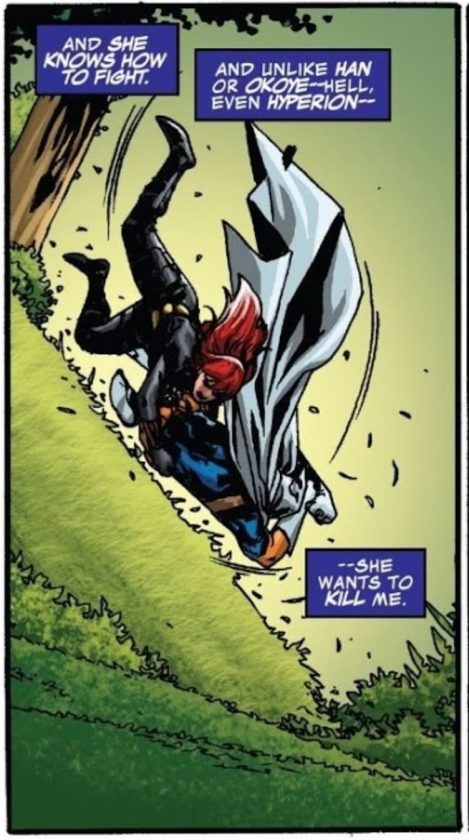 Now we know why Taskmaster is so afraid of Black Widow. She basically knows how to fight, unlike others who rely on their powers. 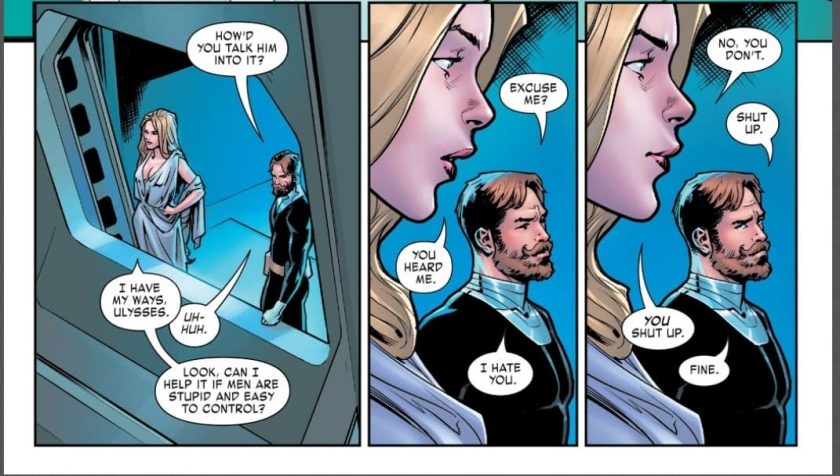 Omg – this scene was hilarious!! Delphi proving that she’s just superior to Ulysses is definitely one of the best panels I have read all week.

And on Monday my Kickstarter launches. Be sure to follow the campaign:

I'll be posting my Top 10 Comic Book Kickstarters of the Month this Tuesday. What campaigns should be on my radar?