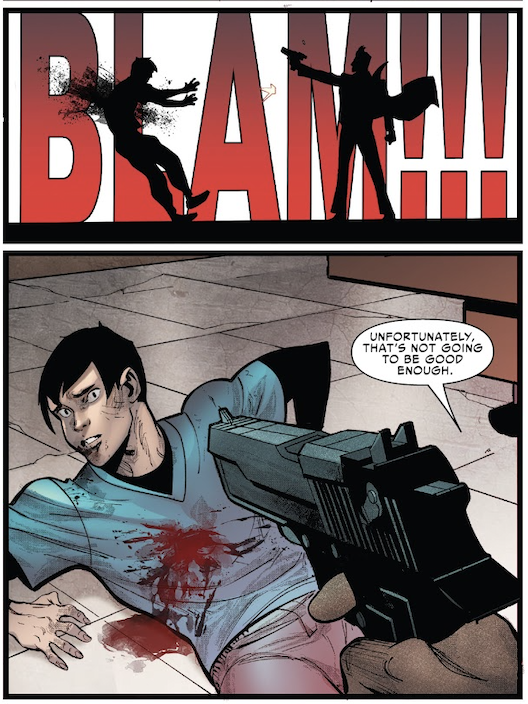 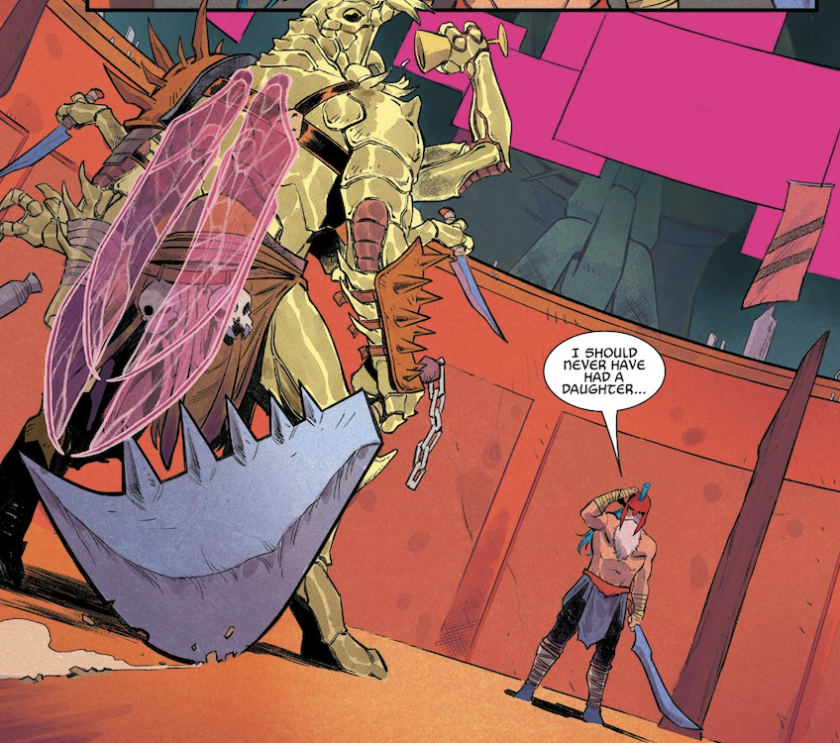 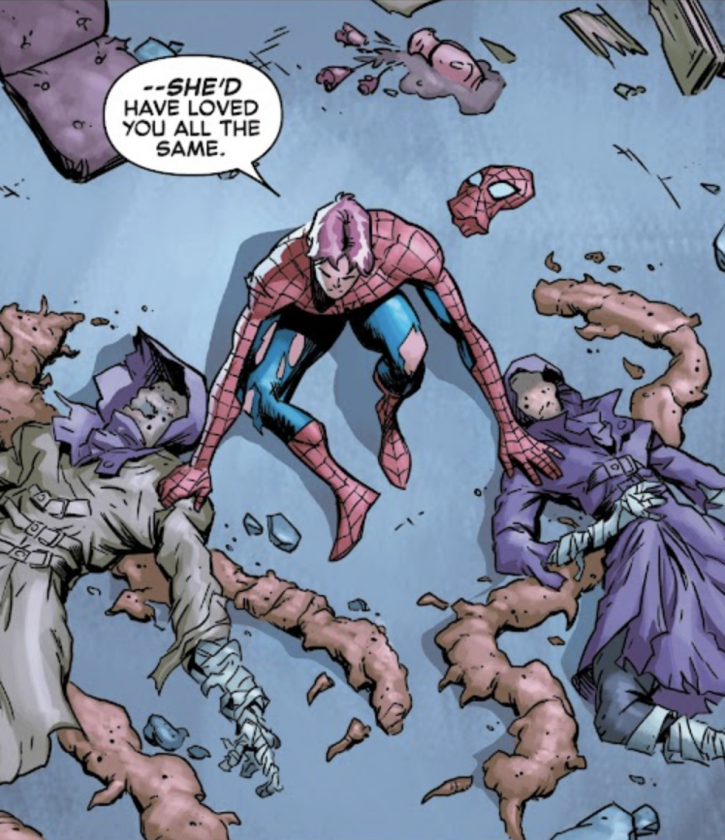 Gwen always had a good heart. 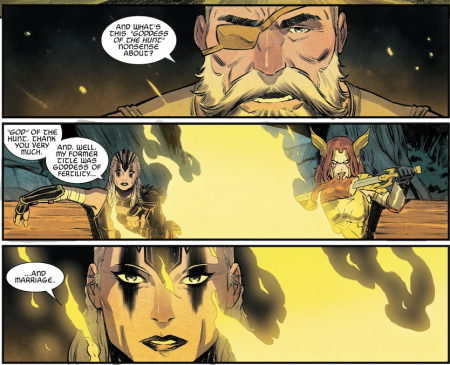 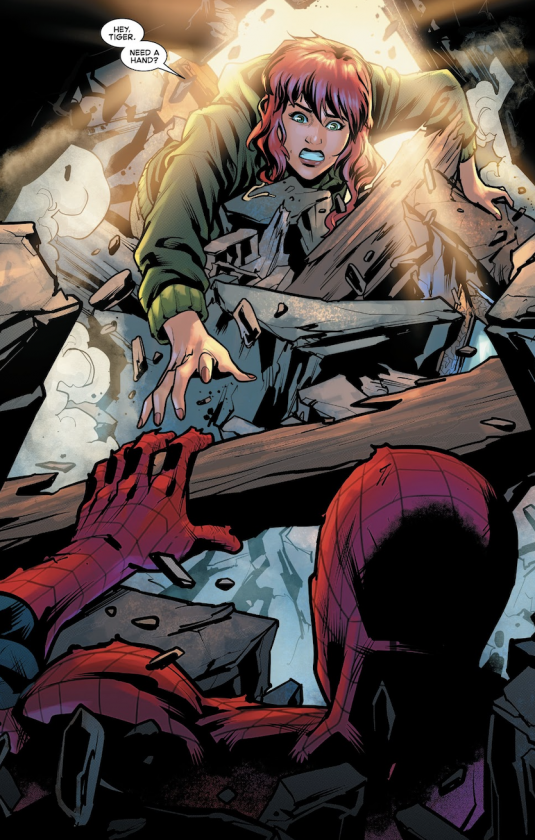 MJ will always be there to save the day.

Will we ever see this explored? 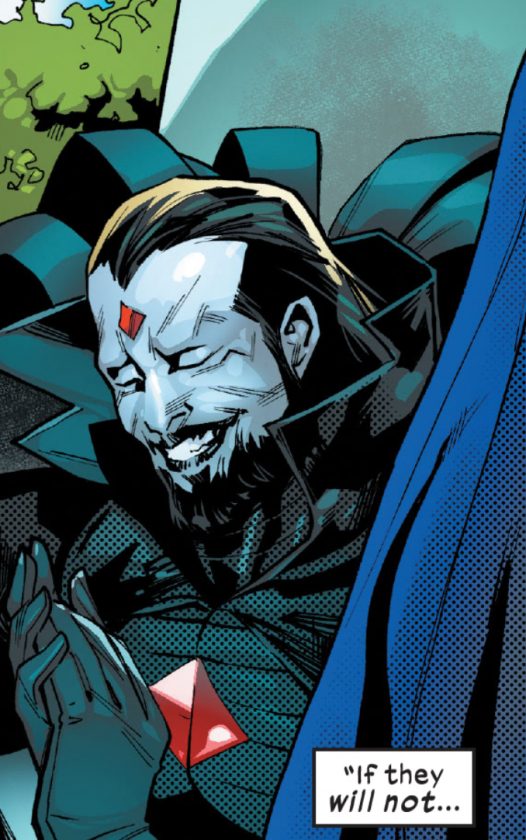 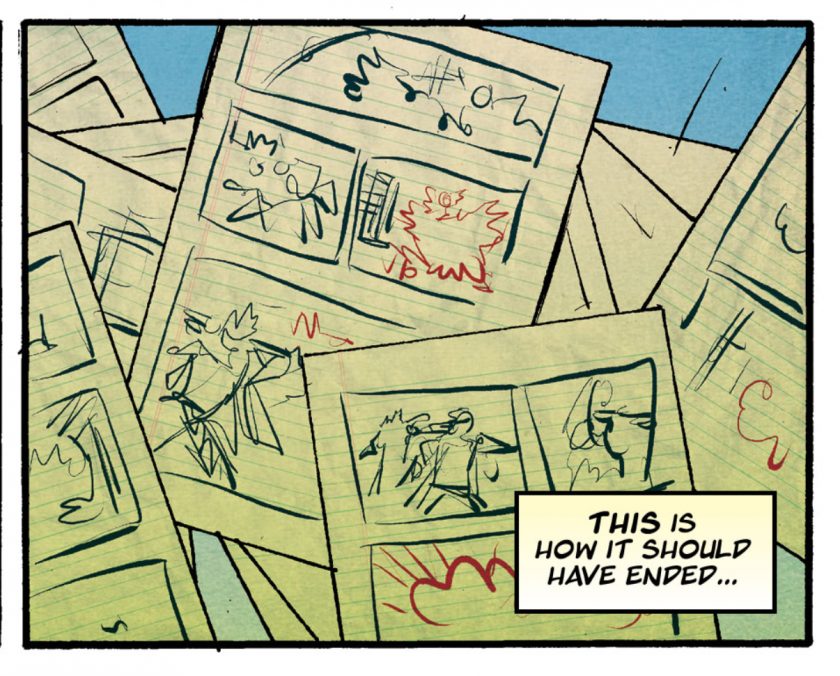 Sure, the Powers cameos were cool, but “how it should have ended” presented in thumbnail comic page format was just a nice touch. 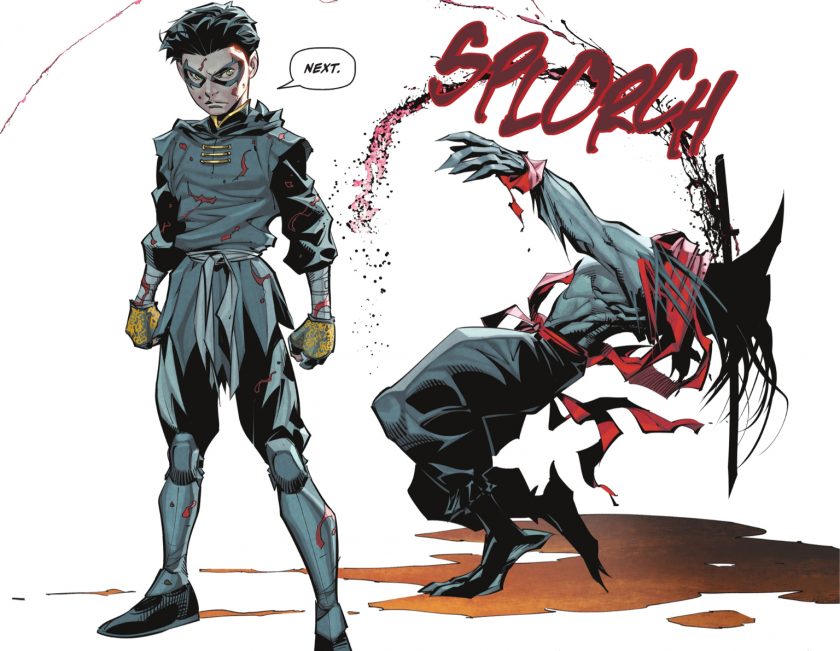 The shot of how Damian dispatched of this opponent is just beautifully gruesome. 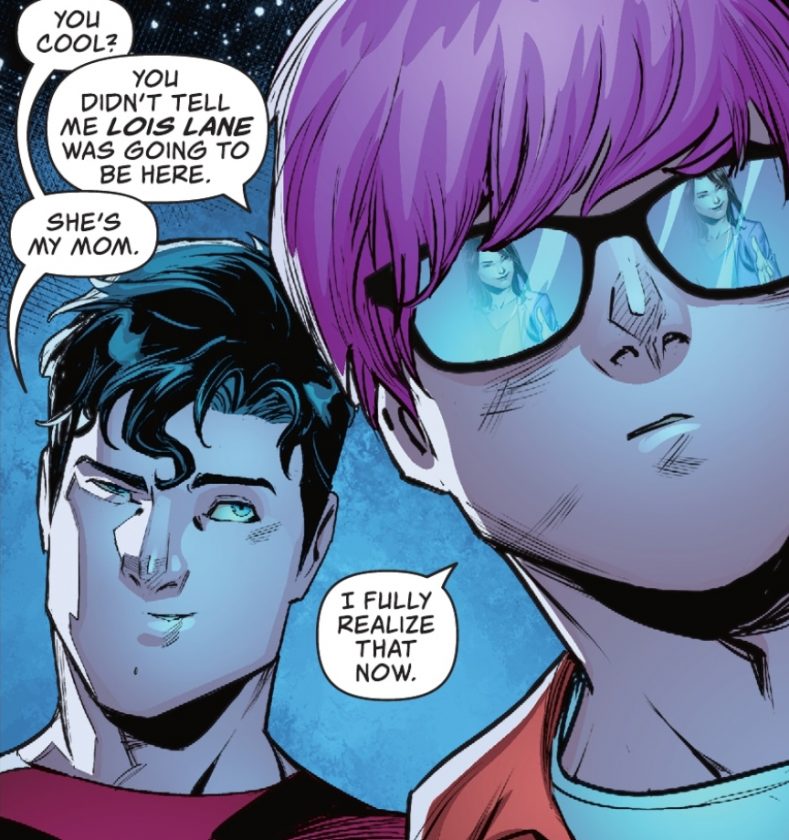 Jon’s friend’s obsession with Lois Lane was done so well here, from the speechless to the foot in the mouth moments, it was just priceless. 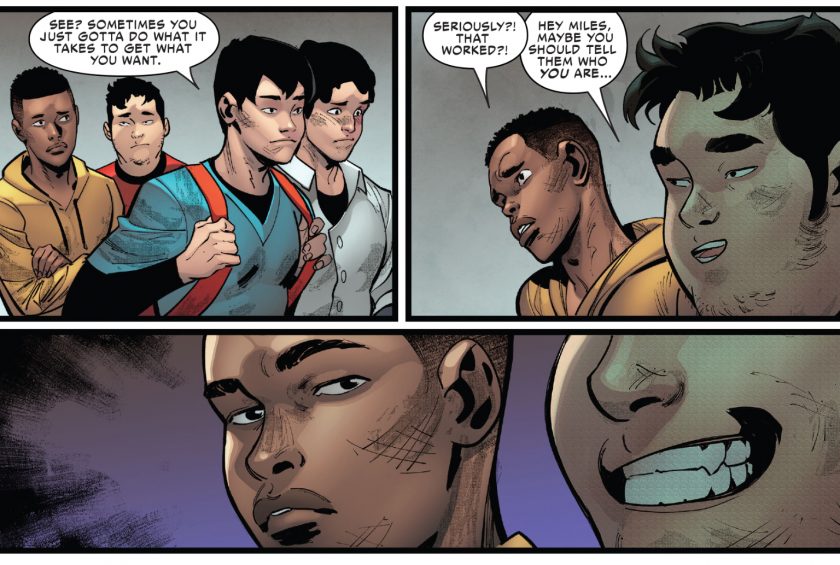 This was just such a fun and seamless guest spot by the duo and made perfect sense for the characters. And it also led to a nice little occurrence of Spidey in full gear as well, continuing the tradition of Spidey elevating new heroes! 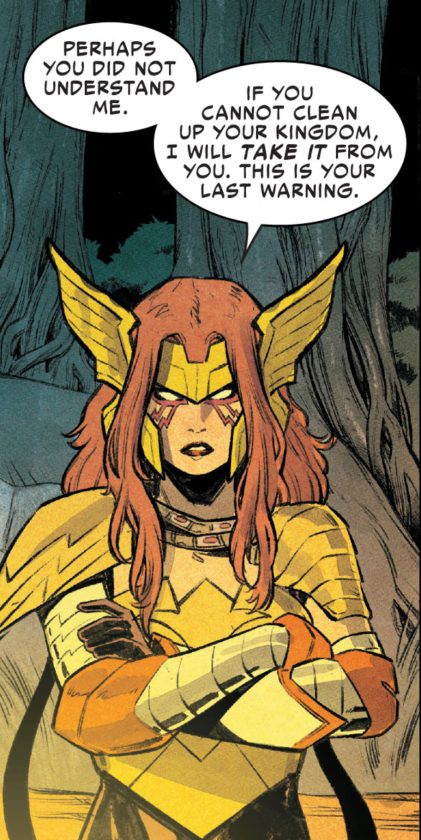 Now I’m not the biggest Angela fan, but man, the setting and tone of her threat to Thor and Odin was too powerful to ignore! 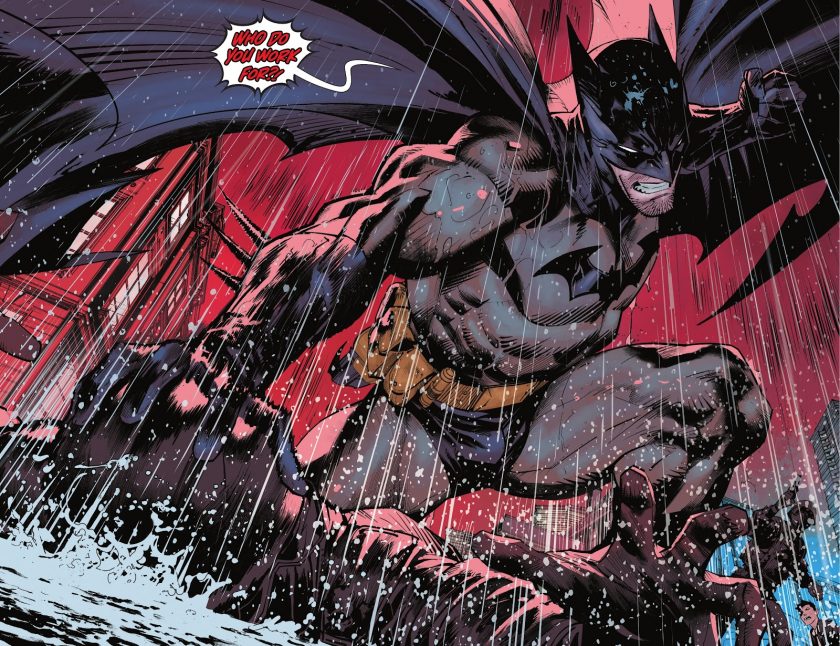 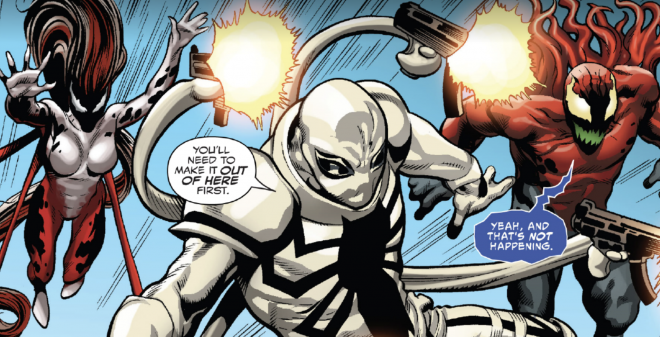 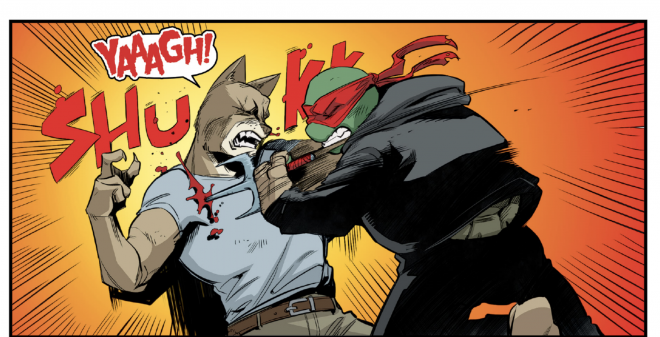 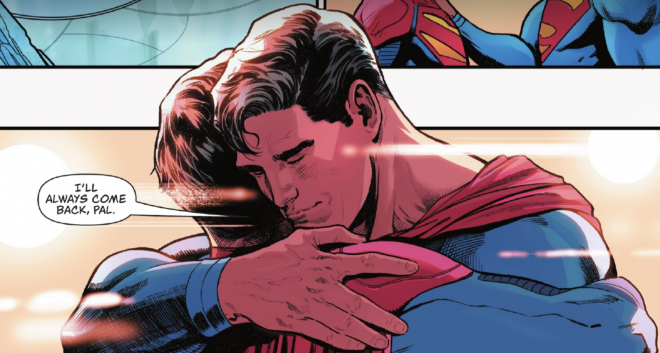 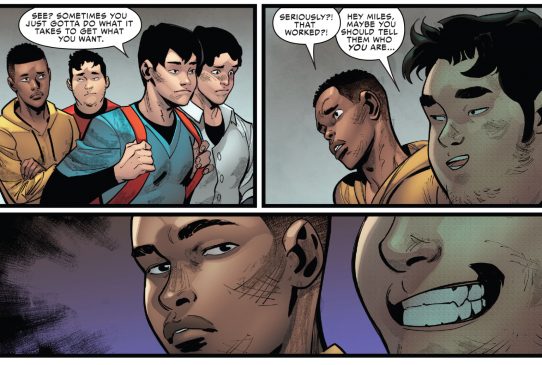 Miles makes a cameo in this issue! 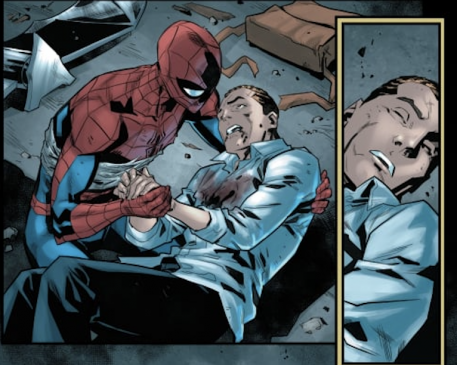 Well Harry’s soul is free. Let’s see how long it takes for him to come back again.

4. The Amazing Spider-Man #74 – Forever Together 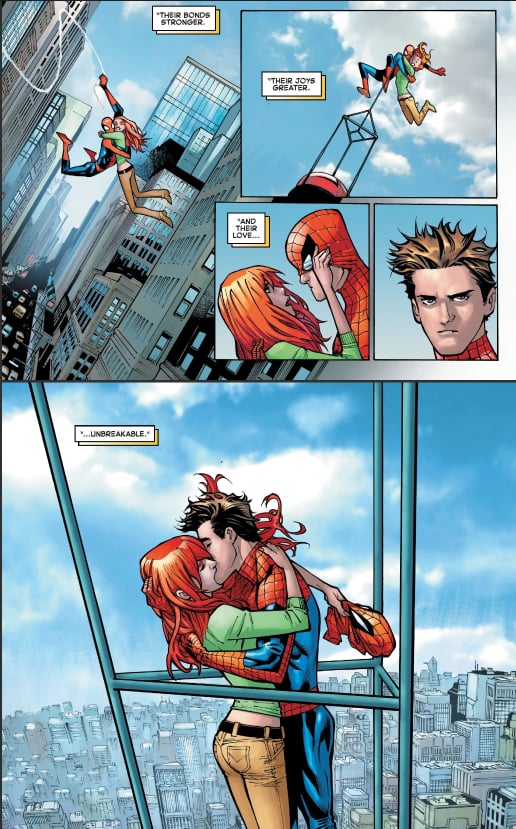 Always love seeing these two together! Maybe in the the next run they will actually get married. 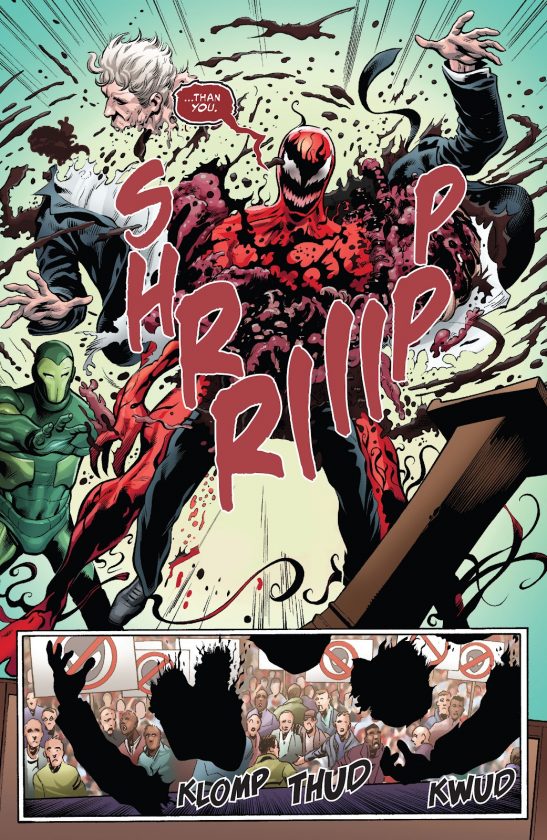 This is a way to make an entrance. 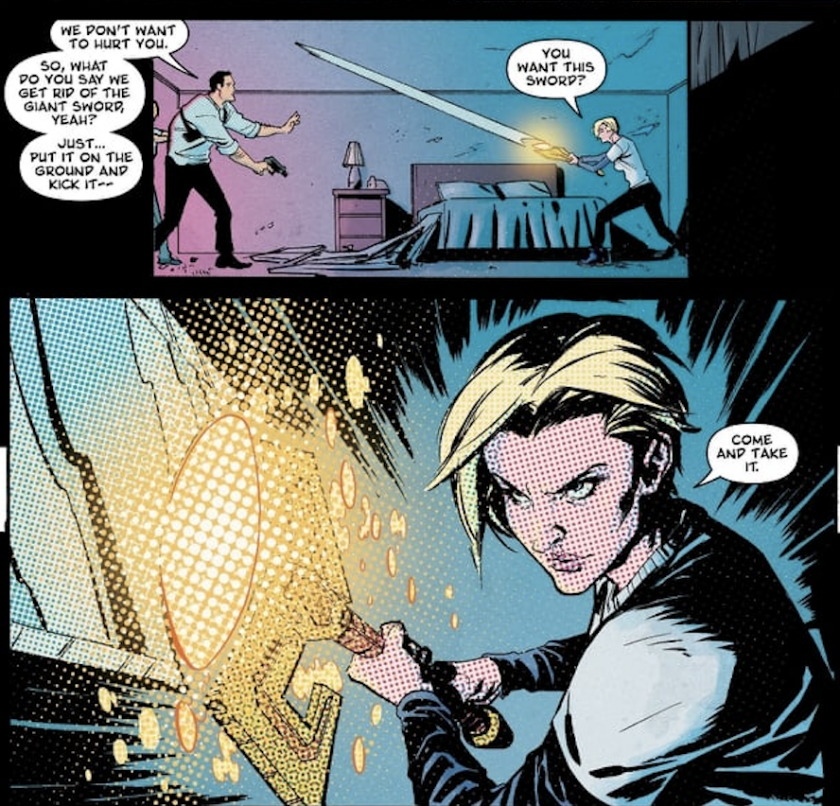 Great scene when the characters of Powers come on in and Ellie wants to take them on. 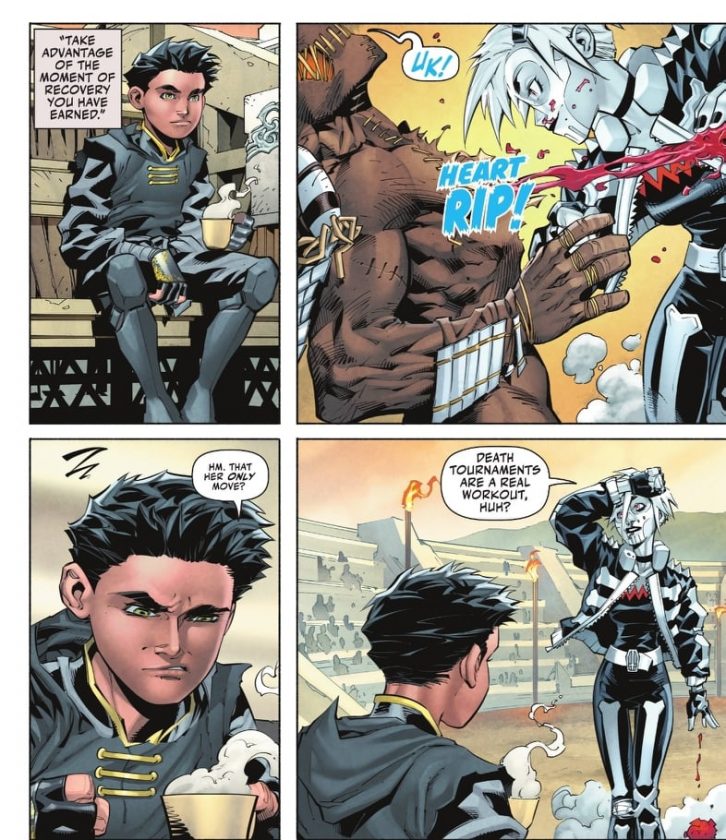 I think Damian is a little jealous that Flatline had that cool Mortal Kombat Fatality.