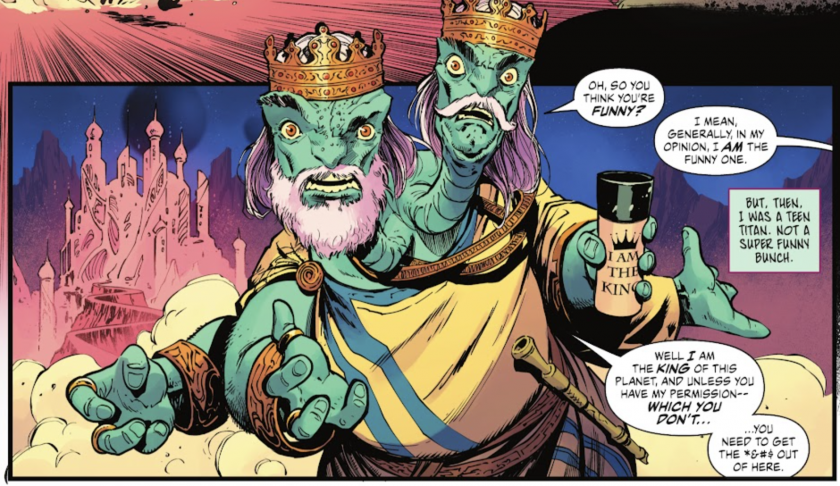 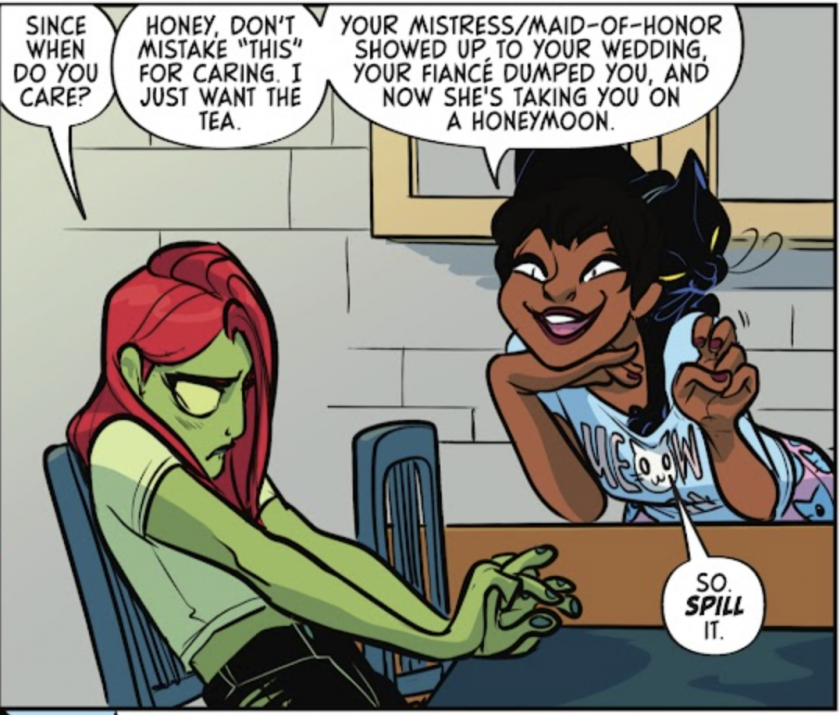 4. The Amazing Spider-Man – No Shape To Stop Her 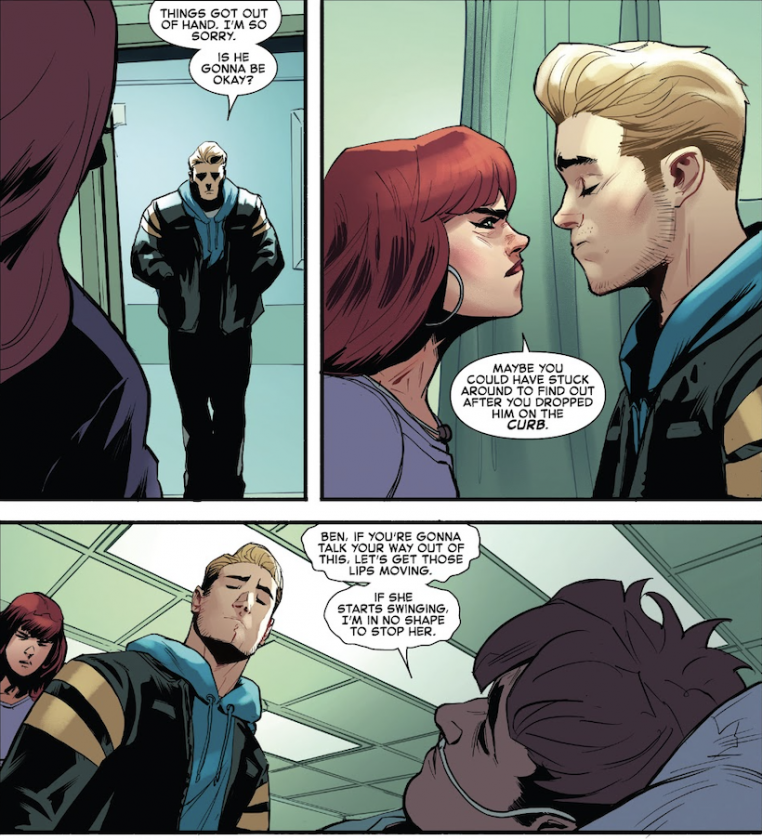 Now I want to see that fight! 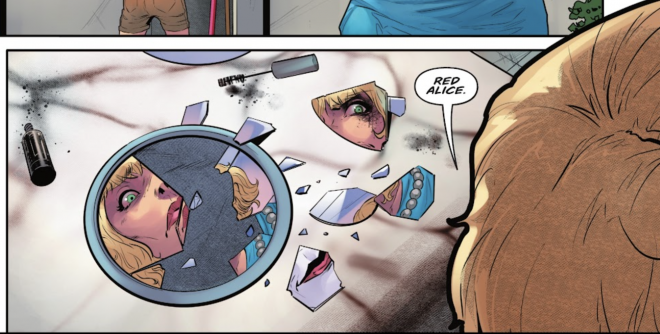 What a great visual!

Will they ever get the message?

1. Second Coming: Only Begotten Son #6 – Where Did You Study? 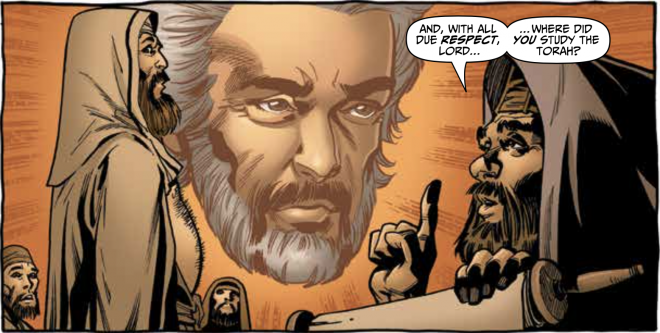 This was so funny – asking God himself where he studied the Torah.

Okay, of course I know it’s a famous phrase, and one we’ve heard a billion times. But for whatever reason, when I read it here it really resonated with me and my state at the time. So I had to include it.

I love it when fictional characters are self aware and take shots at themselves, and when writers echo the thoughts of many a fan discussion. Case in point, the very dated blue spider hoodie, which I still love! 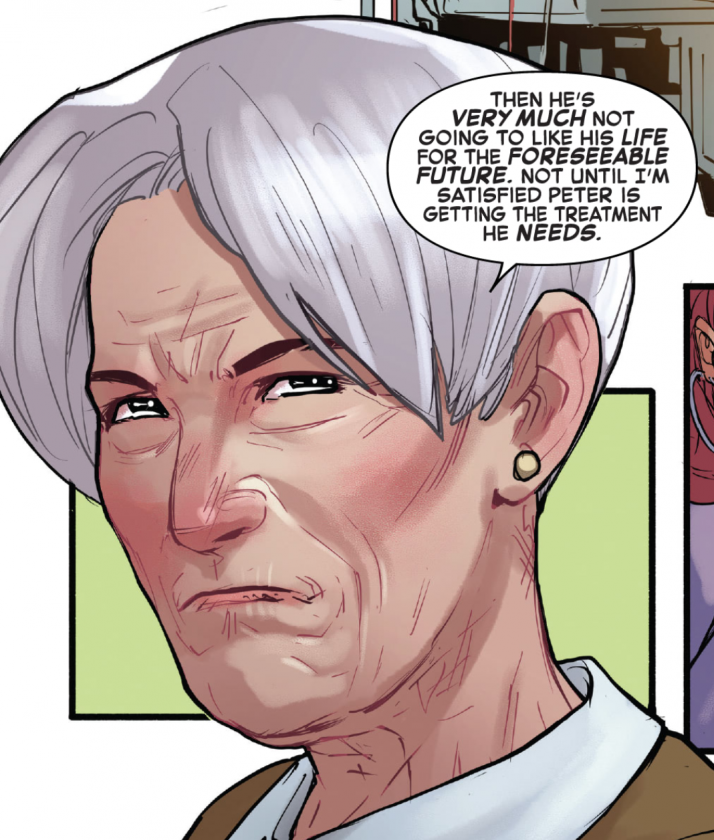 Aunt May WILL have answers! I love that about May. Reminds me of my Nana.

3. I Am Batman #2: Complicated Questions 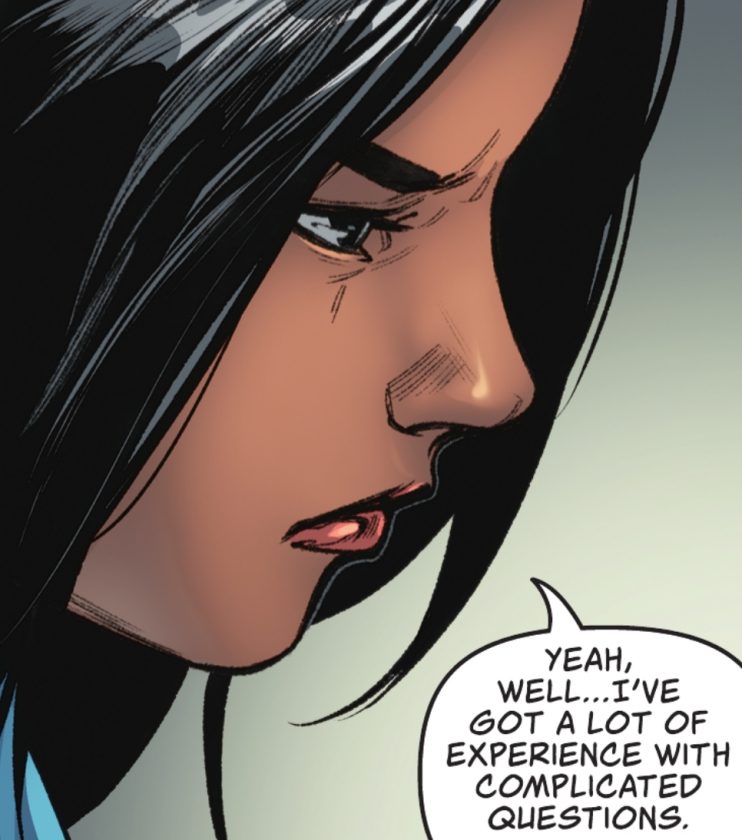 Nice nod to Renee’s past… associations and occupation. 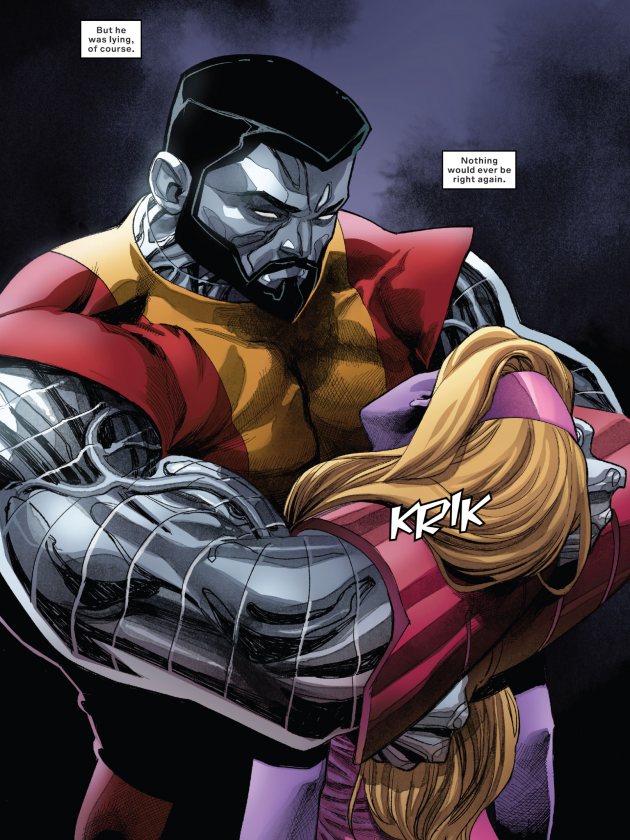 I picked this up on a whim  being a short week for me and wow, did not see that coming!

Man, I know this sickness felt a little rushed, but doesn’t sickness always seem that way? But even in this most dire state, he protected Ben from this revelation so he could do what he needed to do. Classic Peter Parker.

Mary Jane vs. Ben Riley? Who do you think would win that fight? With Peter out of commission, there is no holding back.

Peter gives his much needed blessing. 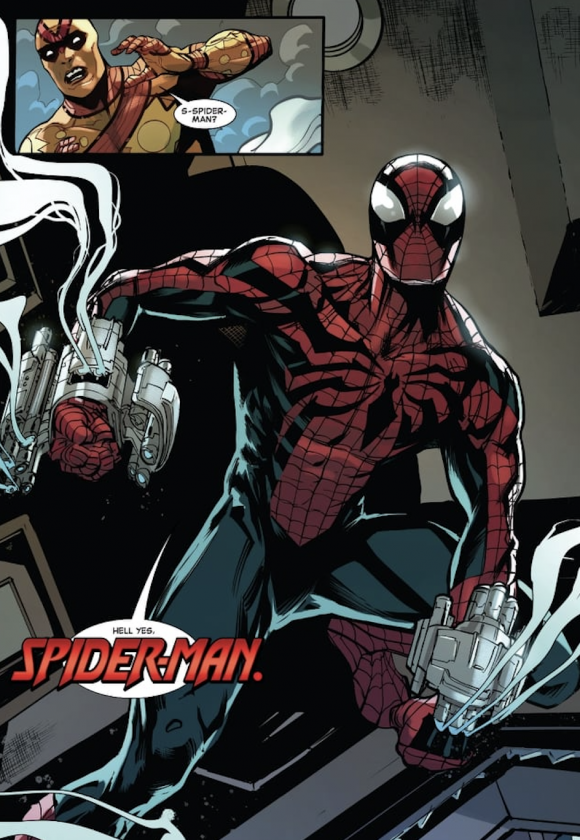 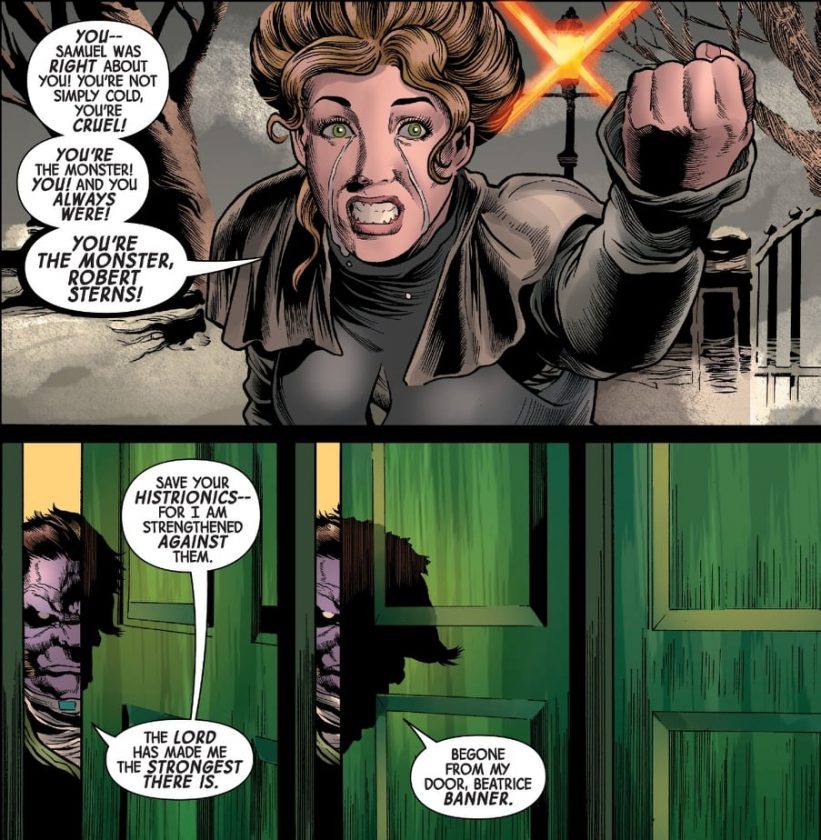 A nice twist at the end of this finale, finding out the Stern and Banner family go way back since 1901. 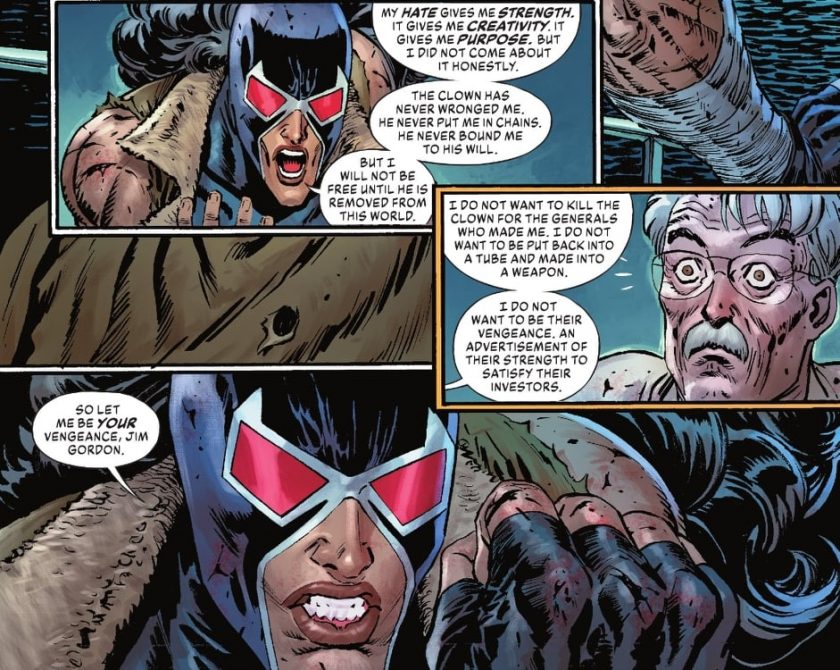 Great character work for Vengeance! It was so intriguing learning what she needs to do to go on her own path

Name your favorite three members of the extended Batman family and support team.