Honorable Mention: Batman #117 – Back Together and it Feels So Good 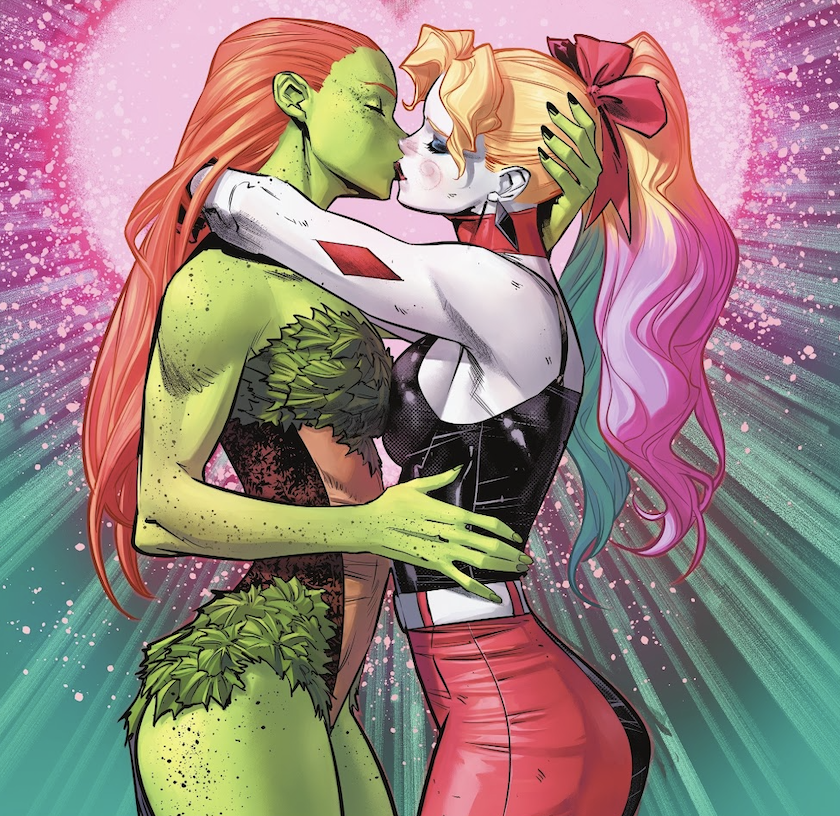 I hope this means more Poison Ivy and Harley in future issues of this flagship. 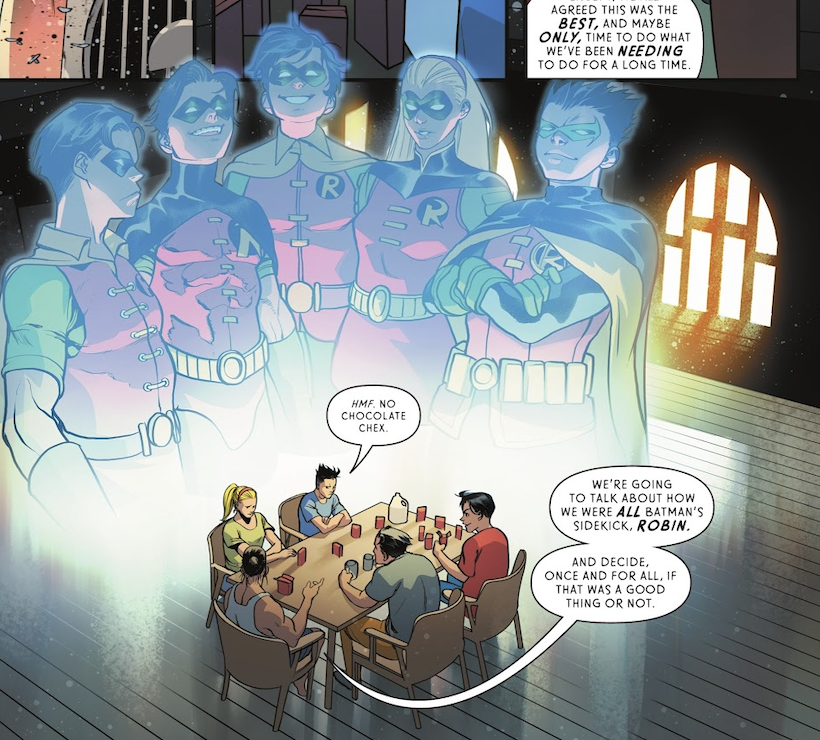 It’s rare to get all the Robins in one place. Loved the art choice of showcasing them all in their robin costumes. 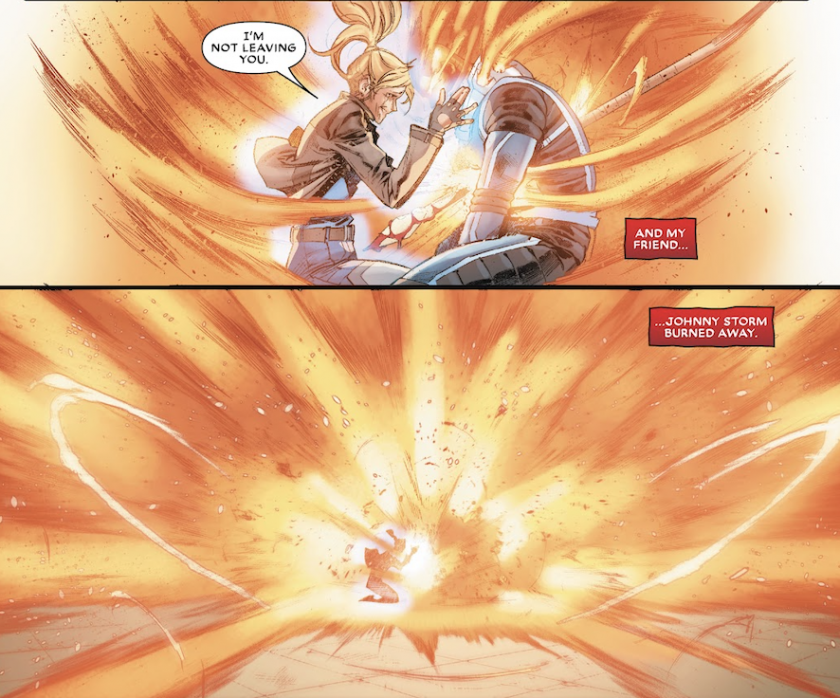 A panel that showcases Sue’s strength and her love for her brother.

3. Refrigerator Full of Heads #2 – You Don’t Look Like an Axe Murderer

Love this line – JUNE IS BACK! 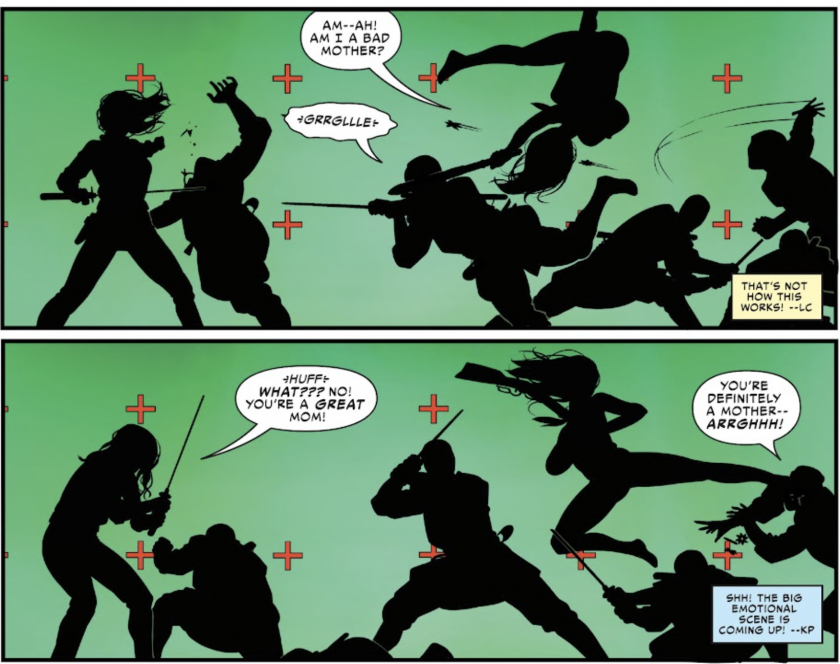 Some good character beats in this action filled issue. 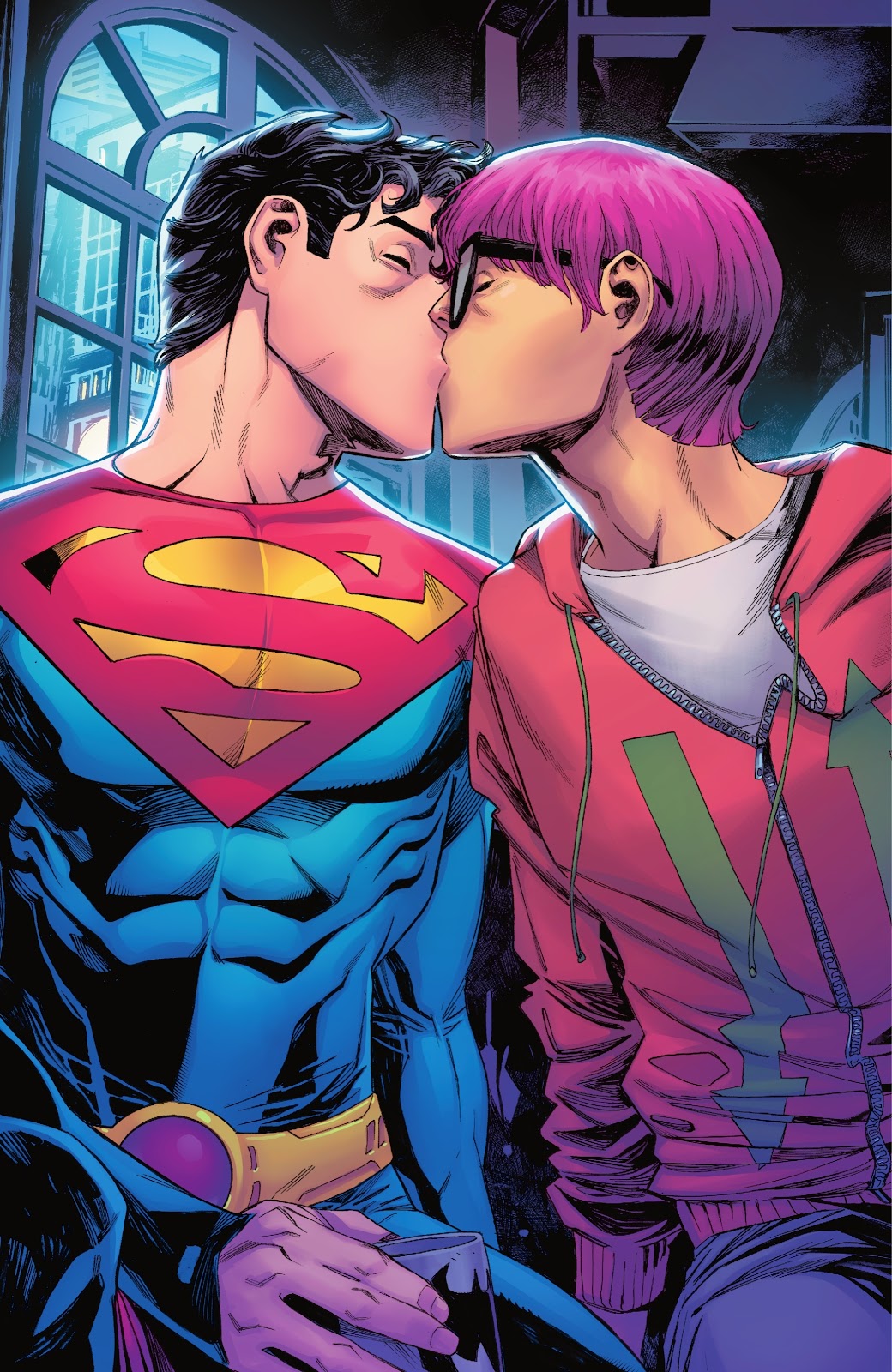 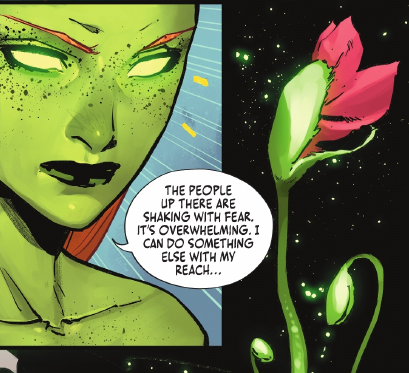 Poison Ivy is herself once more and shares her newfound light and hope with the rest of Gotham.

The nonchalant way Steph is just like, “Sure, I can move and Cass is here, what’s up?” while everyone thinks they’re buried in rubble is just kind of funny. 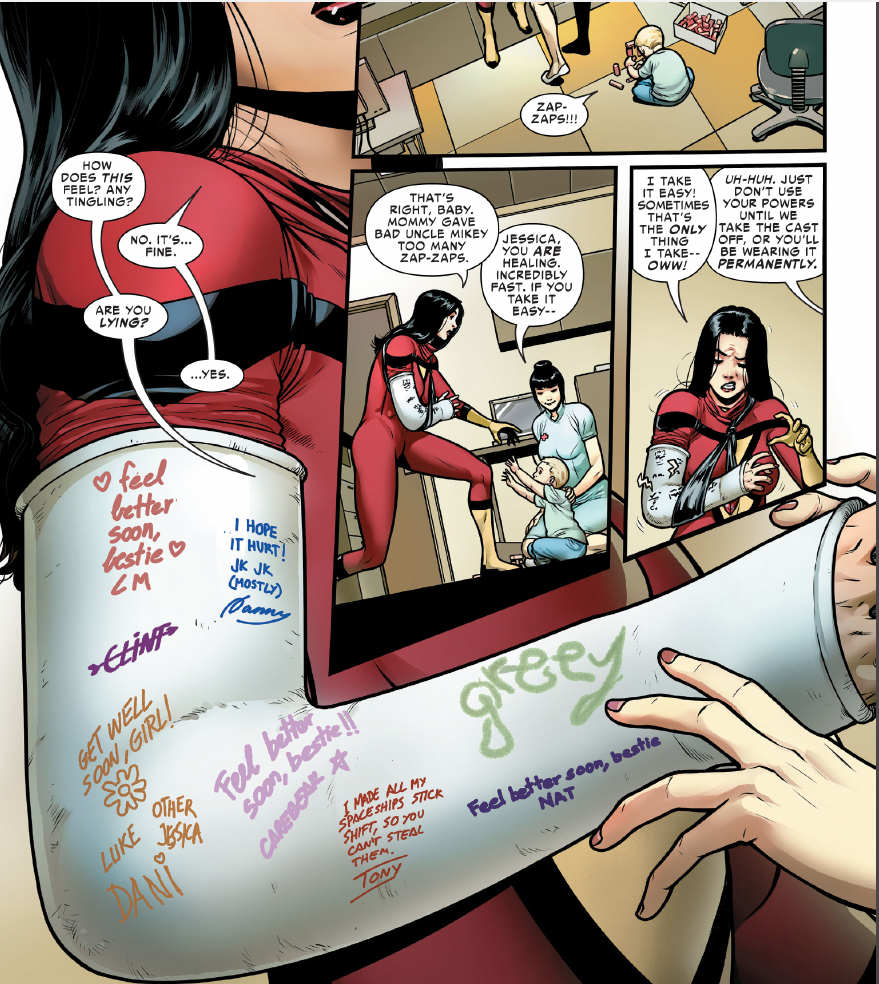 I love touches like this in this book! All the little sayings in the voices of the characters like “Other Jessica” and Tony Stark’s stick shift joke, just priceless. 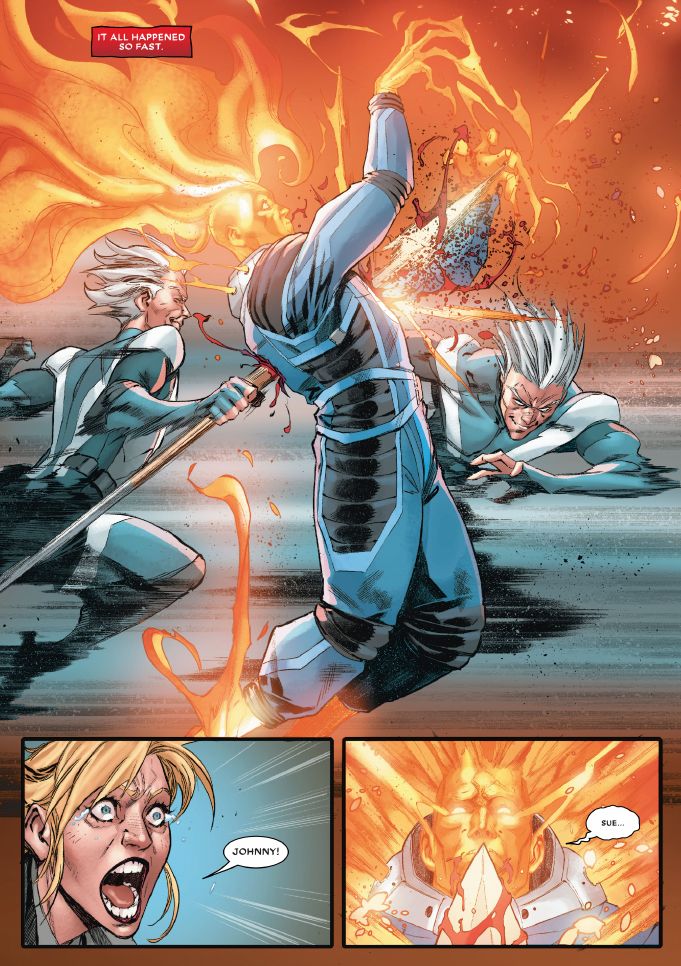 I joke, but this particular death was powerful and emotional and all perfectly captured on this page. A sister loses her brother after having already lost the rest of her family. 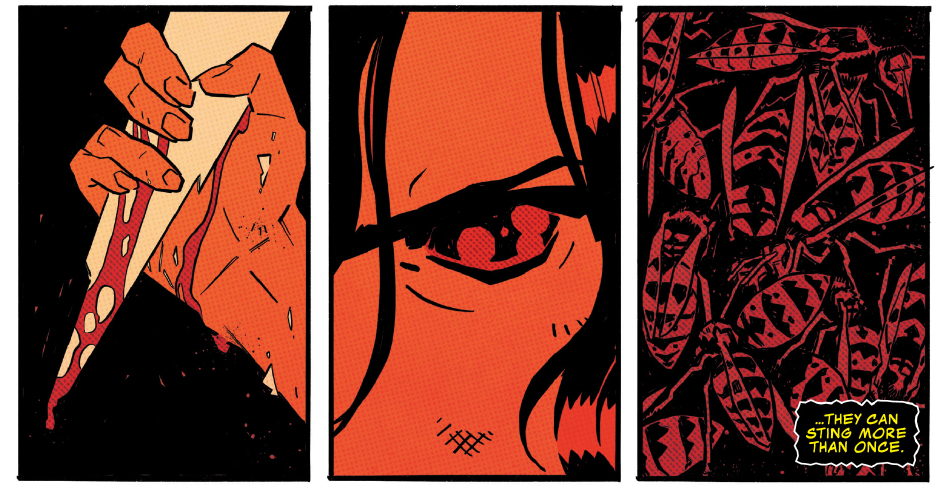 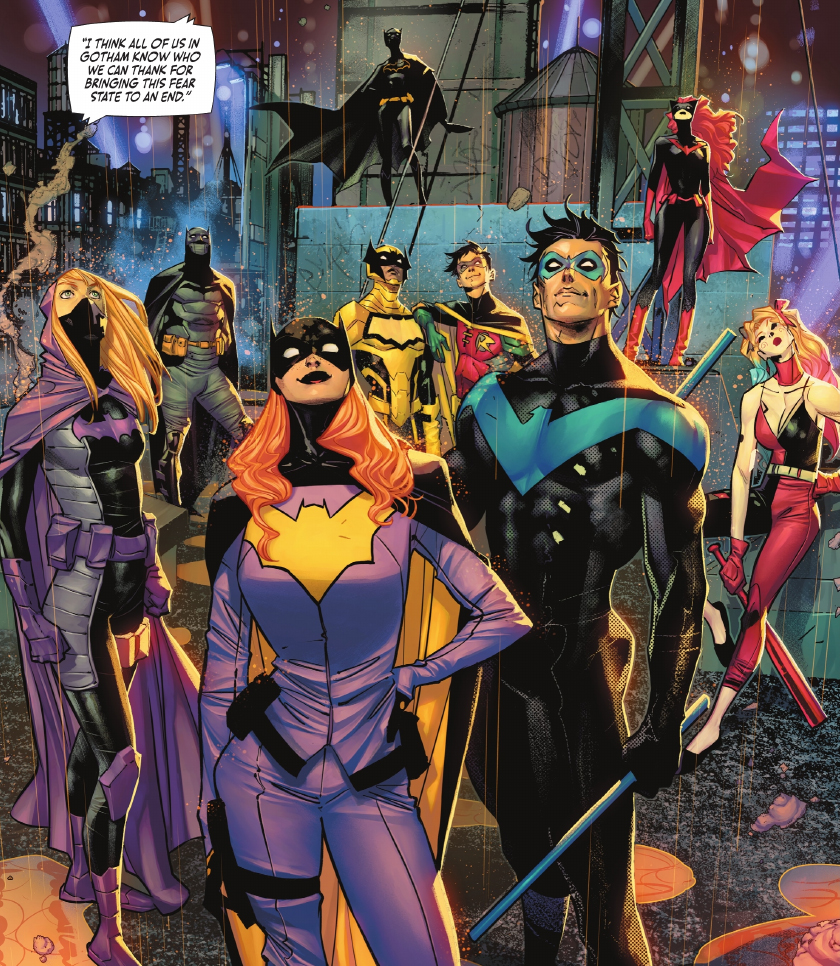 Exactly the opposite of what Future State foretold as the Bat Family is not only completely together, but victorious and presumably credited with saving the day. Just simply beautiful. 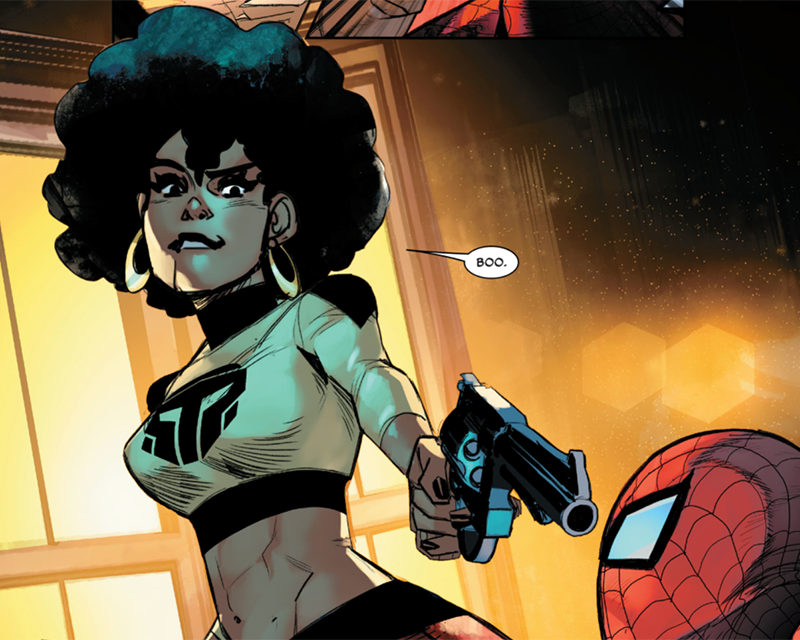 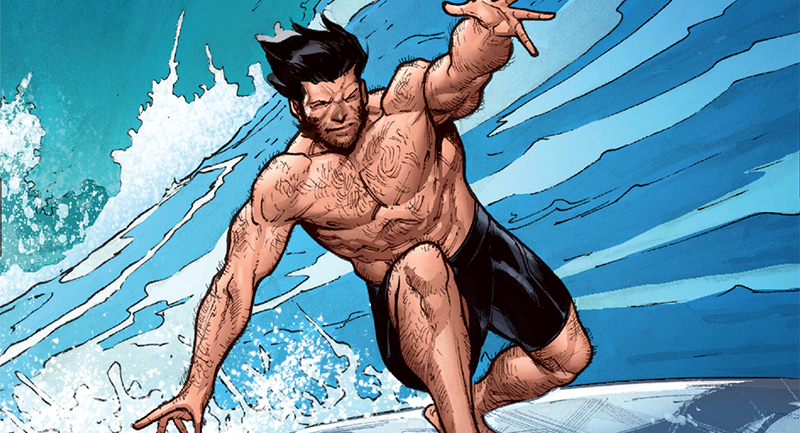