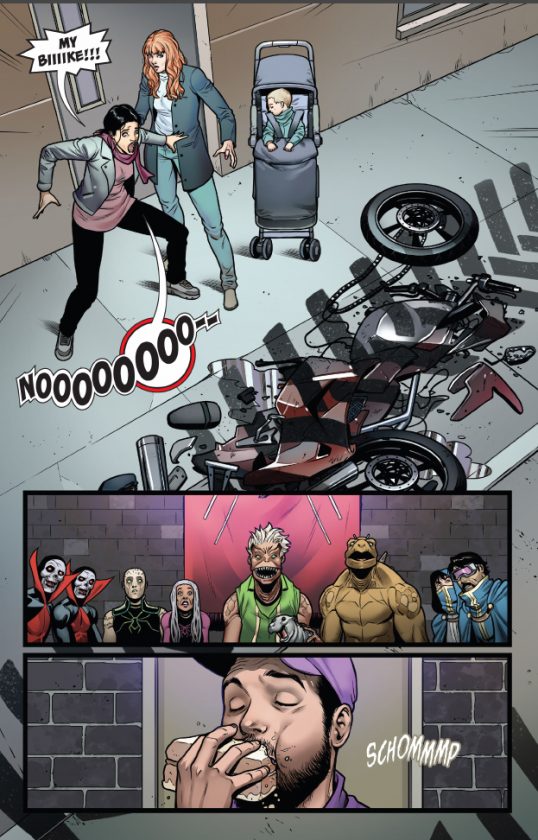 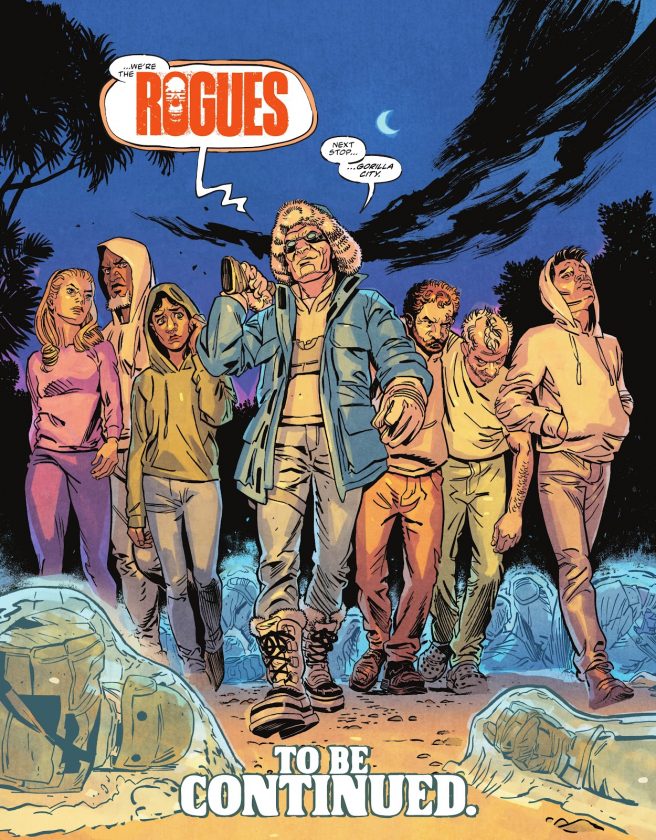 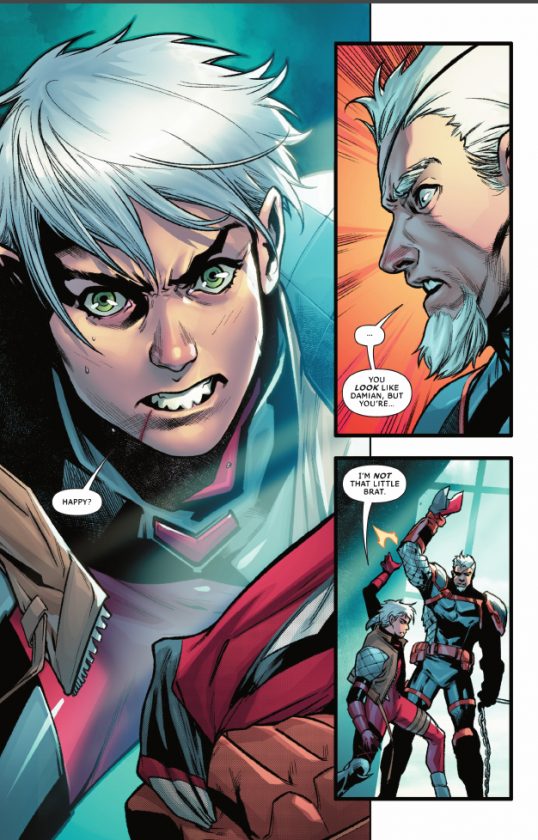 Great reveal! Excited to see where this character will go.

I love Damian’s relationship with Alfred. 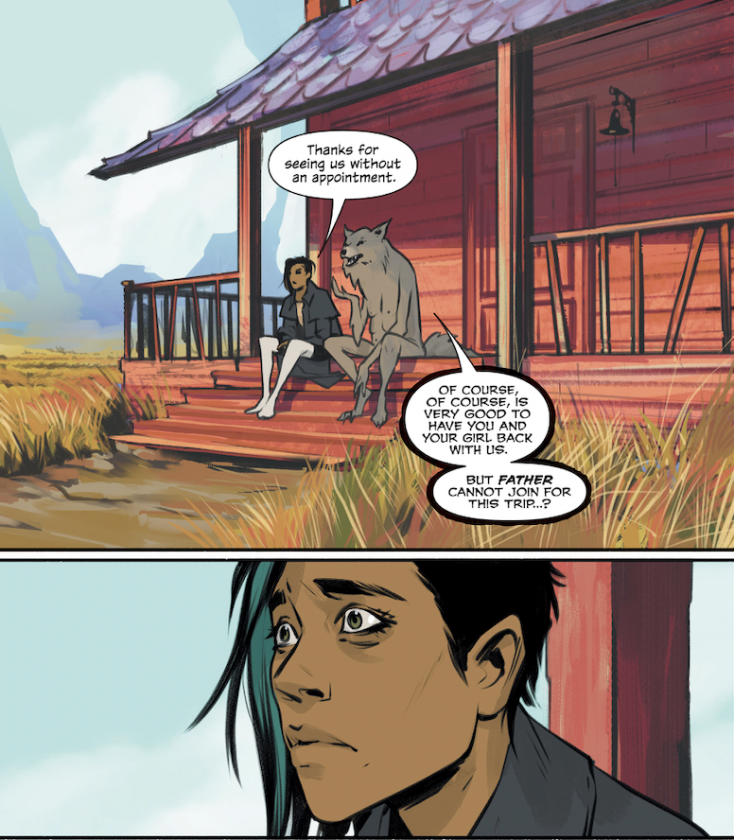 That last panel is so haunting. Fiona Staples did a wonderful job! 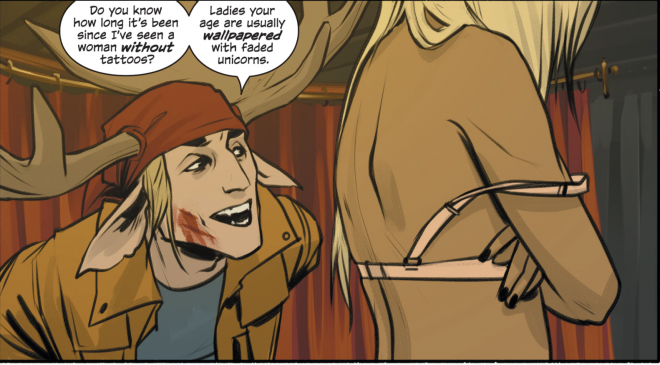 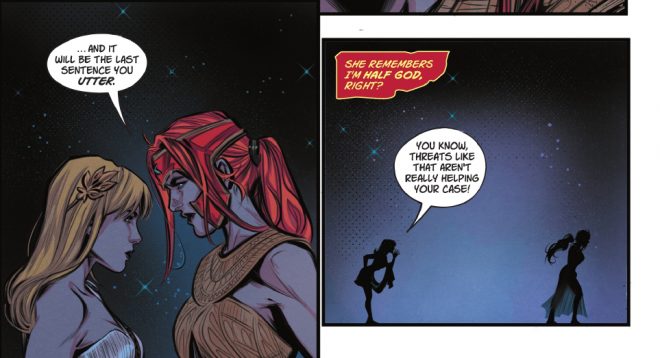 Cassie has a point… 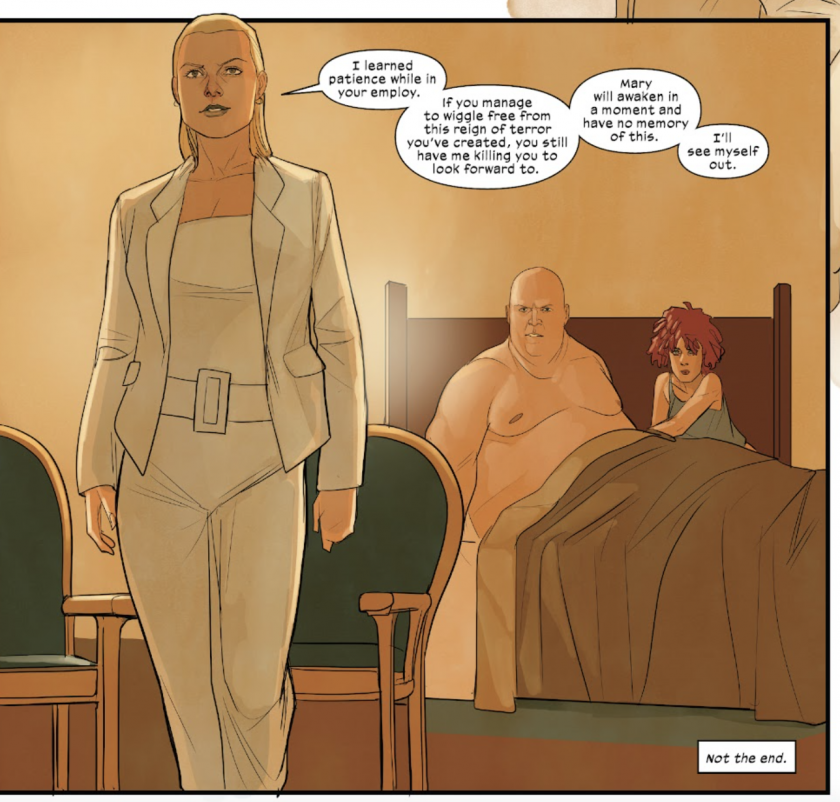 Emma once again proving her superiority. She totally put it to Kingpin here. You don’t mess with Emma Frost! 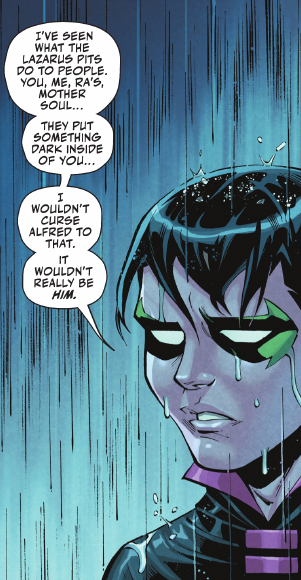 So, it’s what we thought, but with a twist! Did not see that particular part of the clone cocktail coming, but man does this complicate things!

I don’t know if Benjamin Percy is a wrestling fan, but this sure makes me think he is! Logan pulling out the “Your time is up, my time is now!” line from John Cena’s song as he holds his claws in front of his face? This panel got me instantly and I love the cheesiness of it so much! 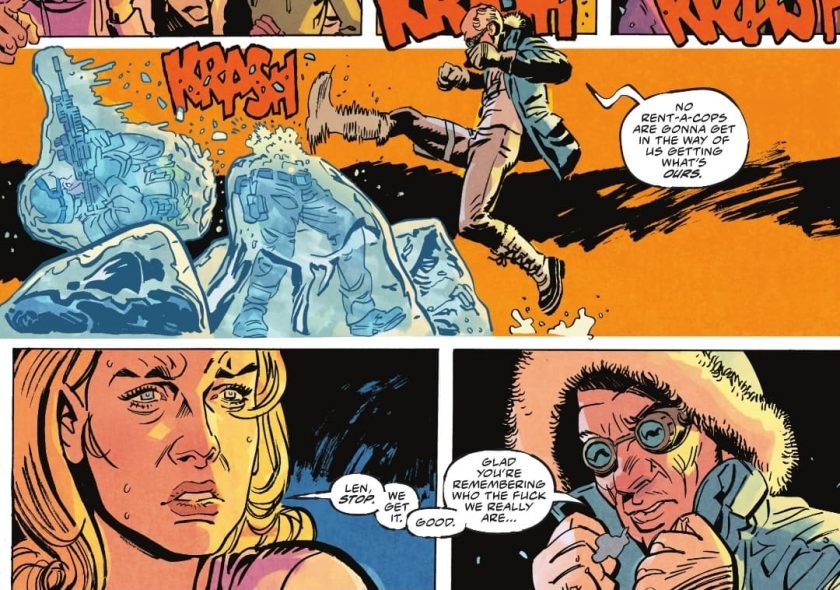 Captain Cold trying to show the rest of the crew who’s boss!

When Gunslinger is kidding around about killing Clown, Clown almost had a heart attack. However the way Clown describes it was hilarious. 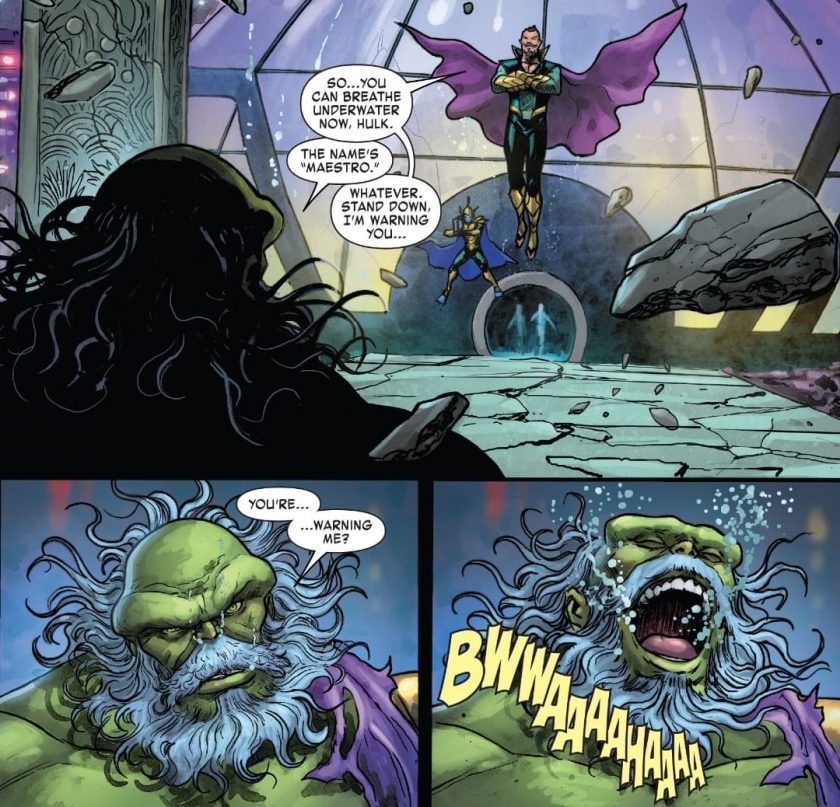 Does anyone take Namor seriously? Also since when has Maestro been able to breathe underwater?

The reason why Robin didn’t resurrect Alfred was actually very thoughtful. However, I still want the character to come back to life. 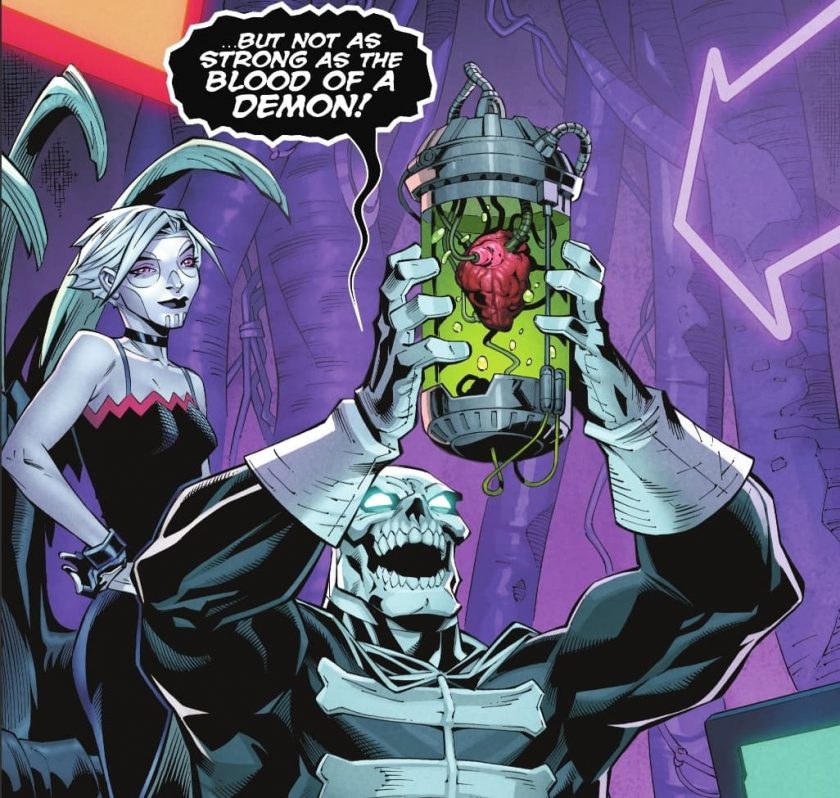 Flatline literally stole Damian’s heart so they could clone him? Time will tell.