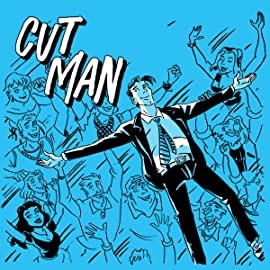 By: Nicole D’Andria Cut-Man is described as “a love letter to noir and thriller cinema.” The six-issue mini-series is inspired by the works of Tom King (Mister Miracle, Vision), Scott Snyder (Batman), and Grant Morrison (Animal Man). It also takes inspiration from noir and thriller cinema, such as the works of David Fincher (Se7en and Gone Girl). We get a peek behind the introspective curtain of this digital-first title from creator/writer Alexander Banks-Jongman.