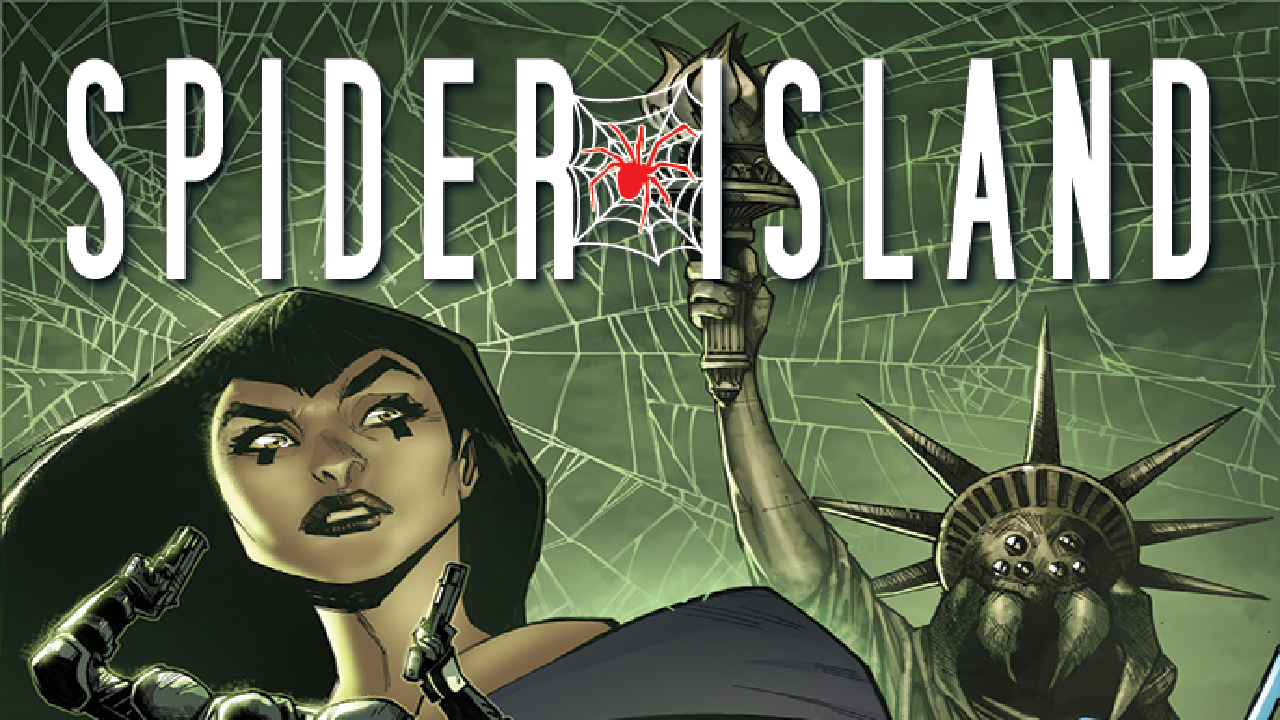 Spider-Powered Heroes Take to the WARZONES! in SPIDER-ISLAND #1! This July, enter an arachnid-infested realm like you’ve never seen as SPIDER-ISLAND #1 crashes into Battleworld this July! Two exciting creative teams bring you two stories per issue jam-packed with wallcrawling and webslinging! First writer Christos Gage and artist Paco Diaz bring you a domain under siege! The Spider-Queen has won, turning her domain into an island full of Spider-Madness. Peter Parker has been lost, her dangerous gambit all but complete. With Spider-Man defeated and captured, all hope lies in the…

Yesterday at Comic-Con International: San Diego, Marvel held their Spider-Verse panel where they discussed all things Spider-Man with the core focus being on their big event that Dan Slott has been working towards since Amazing Spider-Man #600. Marvel announced a few of the Spider-Verse tie-in mini-series, and the one that really grabbed Kat’s attention was the 3-issue SPIDERS-VERSE TEAM-UP! Let us know in the comments here and on Comic Uno on what you think of this Marvel Comic-Con International: San Diego News and don’t forget to follow us on Twitter for the latest Previews, Reviews, News and Interviews! All images are courtesy of Marvel Entertainment

This Thursday we are recording our fan feedback episode for the season. Send your feedback at thelegendspodcast@gmail.com about #LegendsofTomorrow Season 5 and what you'd like to see us talking about during the LONG hiatus.